The whole world is on to you, @rogerkver and @dollarvigilante. The entire, global #Bitcoin community KNOWS you are… twitter.com/i/web/status/9…

Andy you are destined for greatness

Bitcoin transaction are at ~5 sat per byte these days and that's without Coinbase using segwit.
BCH in itself is just a neutral crypto but the people pumping it and it's devs are toxic conmans.

To me they are on the same level as Bitconnect when they claim BCASH is bitcoin.

BCC was just a cryptocurrecy, the people behind it, fraudsters, same thing with BCH.

They are conning a lot of new people to invest in BCH as if it's bitcoin. Having full control of r/btc and bitcoin.com

For example Bitcoin.com mobile wallet was defaulting to BCH for example, a lot of people lost BTC that way.

I'm sure Steem could have provided a sane platform to have a discourse about that whole debacle.

Good job man;) u have my vote!

flower and leaf remind me in our own house banana tree, took very much well photo and very good looking in exercise mode. 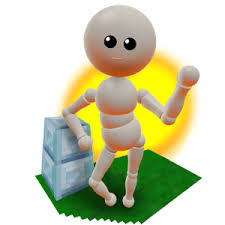 Excellent video... you have done great job... I always following you
You are my favourite sir
You are my guide
Please update and resteem done
Thanks sir.. BCH hasn't been doing too well compared to BTC for quite some time. I didn't know they try to "turn it into" Bitcoin. @andyhoffman what was the date/time?

You got a 39.87% upvote from @postpromoter courtesy of @transisto! Want to promote your posts too? Check out the Steem Bot Tracker website for more info. If you would like to support development of @postpromoter and the bot tracker please vote for @yabapmatt for witness!

Great video post thanks for sharing God bless u dear

Yes, dishonest use of goodwill and branding. The problem of an unregulated market

you are a great example for the community steemit @andyhoffman, good job I support you 1000%

Thank you Andy!
You are a true hero!

This is a great job well done

I wanna bitcoin to be rich
But I'm still child😑😑

This is such a great post I am on your side! Re-tweeting, spreading the word.

Where is all the BCH?
Where is mine?
I didn't get any because I took my BTC off the exchange.
Strikes me some crooks at the exchanges supporting BCH are hoarding it!

Roger Ver is clearly a crook and surprisingly has co-opted Jeff Berwick into giving him a platform.

As a merchant I simply do not accept Bcash. Litecoin already serves the present need for fast and cheap...and decentralized.

So nice video thanks for sharing

do not forget to follow and upvote me, i am new comer @cutdeasativa regards to know

Thanks for sharing! You can have a look on $ELF too.

Congratulations @andyhoffman, this post is the most rewarded post (based on pending payouts) in the last 12 hours written by a User account holder (accounts that hold between 0.1 and 1.0 Mega Vests). The total number of posts by User account holders during this period was 3565 and the total pending payments to posts in this category was $13362.03. To see the full list of highest paid posts across all accounts categories, click here.

Hello there. I wrote my introduction. You can read it on the link below. I would really appreciate it if you upvote and leave the comment. I also upvote and reply to interesting and beautiful comets. ;)