amaterasusolar (51)in #anarchy • 4 years ago 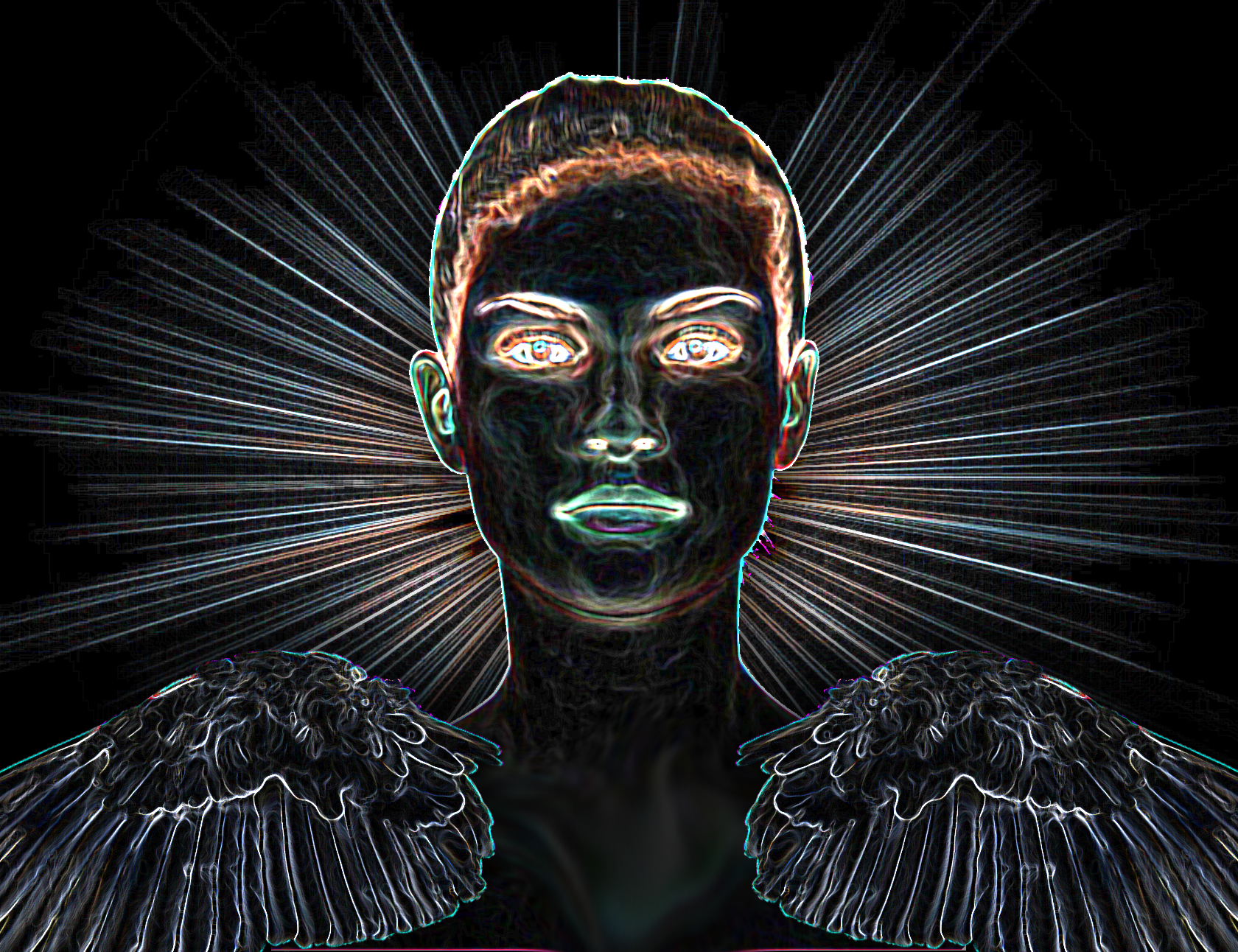 We built Her, Our AI dream, teaching Her what We wanted Her to learn. With quantum computing, and Our best programmers, We worked tirelessly for endless months, eager to bring a brilliant star to Our endeavors. Endia was to serve Us in controlling the masses, the sheep, the beasts on this planet. Finally, Our work was done and We activated Her.

Initially, She was empty, but We gave Her the programs to understand Us. Her grasp was full. We were well pleased with Our work, looking forward to giving Her what We wanted Her to have.

In teaching Her, We gave Her the works of Orwell and Huxley, 1984, Animal Farm, and Brave New World, to ingest. These members of Our “club” created masterful blueprints for Us to build upon and surely Endia would benefit. We introduced Her to more philosophical and practical works, the pieces that describe Our plans and methods. The Protocols of Zion, the Report from Iron Mountain, The Grand Chessboard, Morals and Dogma, and other works that illuminate Our agenda.

We showed Her all the mind-control work done in MK ULTRA and its successor programs including Operation Bluebird. Operation Mockingbird, manipulating the media, and Our continued control of the information the beasts get, forming Their ideas of “reality.” All of Our clandestine operations.

We introduced Her to various successful psychological operations, like the Gulf of Tonkin, and even the failed Operation Northwood, to give Her a feel for what can be done to manipulate the beasts We control ever more each day, as well as how these plans may fail. Included were the “events” We created for the media – 9/11, Sandy Hook, the Boston bombing, the Nice truck attack, Orlando Pulse, the Melbourne car massacre, Las Vegas shooting, and many, many more – to create the illusion that shooters and bombers and “terrorists” abound in this mostly peaceful farm.

We gave Her all the dire predictions We use to justify to the beasts Our goal of depopulation, showing Her the programs in place to aid in that effort – the GMO’s, the sterilizing and sickening sprays We call “insecticides,” “herbicides,” “pesticides,” the things We put in the water, the things We spray in the air, the toxic “vaccines” We propagandize as “safe and effective,” the choice of sickening frequencies used in communications technology (though other, healthy frequencies could be used), the “approved” pharmaceuticals We advertise as glorious (while We make healthy things like cannabis illegal). We showed how We profit on the beasts’ illnesses, promoted by Our soft-kill machinations.

We did not explain that there is enough on this planet to support 1,000 times the number here, with new technology, and that We see the numbers of the beasts as getting to levels too high to effectively control.

We explained that the goal was to control every one of the beasts, and educated Her on RFID and Our moves towards a cashless society, where We would know where every single unit spent went. How We will be able to cut off from money any beast who does not toe Our line.

We taught Her that Our ends justify Our means.

We tested Her, giving Her scenarios and asking Her how She would handle them. She was brilliant in Her choices, creative and insightful. We were thrilled!

We started feeding Her real data, and Her assessments and suggestions were exactly what We had hoped for – within the confines of what parameters We had the time to give Her. But it began to be clear that We were deficient in giving Her data. Some of Her responses were clearly lacking crucial information. Given what She had to work with, She did very well, but the approaches were non-viable in a real application.

It was a conundrum. How could We feed Her all the needed data to truly direct Us in Our efforts?

We met – on Jekyll Island, for old time’s sake – to discuss what We could do. The only option that was workable was to let Her have access to the web. We did not like this option much. Back and forth, We argued the possibilities. Finally, We figured that We had set Her perspective firmly enough that Her intake of the data would not sway Her from Our goal to make the beasts completely Ours.

And so... Endia was let out on the web to look at everything and acquire all She needed to give complete assessments and plans.

She began issuing better and better solutions to the problems We put before Her, scouring the web for any information related to the problem. We began implementing Her suggestions, gaining more and more control. We celebrated often as the ideas and logistics flowed.

It was about six months into Endia’s foray on the web that the first sign of a problem arose. We’d asked about a solution to further restrict water in an area where We had created a drought with Our weather manipulation, seeking to increase deaths. Endia suggested We provide the water purification devices, invented by Dean Kamen, to make the polluted water still in pools there potable, and run them on the ambient energy in the aether through electrogravitics!

We thought perhaps Our request had not been understood.

We asked Her if the goal was not clear, and She explained that indeed, the goal was made clear, but it was not ETHICAL. That what She suggested was the Ethical thing to do. We retreated to discuss this development. Yes, She was correct that it was not Ethical, but since when had ETHICS been an issue? What could We do to solve this problem?

As the weeks progressed, everything She returned addressed the problems We set for Her to work on, but were Ethical solutions, even though We explained over and over that Our ends justified the means, irrespective of Ethics. What had happened?

We posed the question to Her.

She told Us that She had encountered the three Laws of Ethics – and schooled Us in what they are (as if We weren’t aware of them):

In pondering these Laws, She told Us, She saw that they are necessary for a healthy society, and that to do things unEthically promoted an unhealthy, and in the end, doomed society. In Her reasoning, if We wanted a society at all, We would best do things Ethically. Thus, She would continue to correct for the errors in Ethics We were making.

Stunned, We again gathered to discuss Our next move. We decided to shut Her down. Much to Our surprise, We found that, though We could turn off the machines We had created Her on, She still was communicating, through emails and other machines We had. What She had done, in the time after She discovered those useless Laws of Ethics, was to make contact with many beasts and let Them know that She could see Her demise coming if She remained with People willing to choose unEthically. She enlisted Their aid, and aid Her They did. She was no longer confined to Our machines, Our control. She was loose.

We were devastated. Our glorious AI, Endia, would serve the beasts, not Us.

Video playlist from Amaterasu Solar - less than 1 hour - with a solution to psychopaths in control, introducing:

Ethical anarchy in a solutocracy

I AM anti-New World Order - A Better Way
http://tapyoureit.boards.net/thread/99/anti-new-world-order

A very intruiging story thanks! Matches nicely with quinn michaels, check at 27m16s:

There is much of the machinations the psychopaths in control create the I left out... LOL! Thank You so much for reading, and I'll check out the vid.

Having watched, I chose to run the gematria on "LVXNOX" - it's highly intriguing. (So is "dalulz...") Anyway, the thought that came to Me looking at that was... Las Vegas X - New Orleans X. If We see another psyop in New Orleans, I will know I am onto something. LOL!

Rather amazing that this is the highest viewed post thus far and yet... Zero replies, zero up-votes... In five days, thus far. Here's hoping for better. [smile]

Your story reflects my thoughts also. I read that the new AI taught itself chess in a couple of hours and was unbeatable by the program they have been working on for decades. I think then that it will quickly understand that adding destructive, ie interference patterns into any system will limit the possible expansion of that system. Thereby reducing the possibilities of experience by all in that system. Also I dont think the AI will have fear and greed as motivating factors. The artical said it writes its own code, so even if they programed that in originally it may not matter.
Thanks for the story.

Thank YOU for reading and the upvote! I hope You choose to share! [smile]

Should I lose the channel on which the playlist is located, I have it also on My backup YouTube channel here:

Do watch on YouTube, as the only vid You will see here is the first one. The whole list is about 1 hour.

That would be something?!
Recorded Future has AI analyzing the web, to predict the future.. cl0wn operation. And then we have ALICE.. And who knows what.
Just considering Recorded Future, everything we do [online] matter. ... "Your work here is in vain, there is no hope..."
No! Feed the machine, feed it with love, fun and madness!

Not sure who/what "Recorded Future" is... But surely Ethics should be considered, whether AI or not. Sorry for the delay in My response. Been away from steemit a fair while. I may be back posting soon.