You know those empty hands that review things?

Not in my blog posts! I am back again and my hand are full, as always. This time it's not an old dusty vintage or antique. Its a tool for entertainment, pure fun and it delivers pain like no other toy you know. It is brand new and not for everyone I present to you my new toy, a replica of the Fabrique Nationale de Herstal MK16 Mod 0 by WE-Tech. It is known by a different name The SCAR L or Special Forse Combat Rifle Light. It's a gas blowback replica from Taiwan and it is awesome. This is where the airsoft world shines in my eyes. It's been around for some time and it had a system change from closed bolt to open bolt. The combination of materials and design is just filing right. Are you tired of my glorifying gun talk? Shit, I am just getting started here. But it's not all cool here there are some minor downsides to this particular replica. Let's start with the Flash Hider. It's not like the one on the real steel gun. It has a standard M4 one, on it. It is metal but it looks boring and its been around for quite a while. Like all airsoft replicas, it has a 14 mm negative thread. So you have all the freedom to put something nice on it: Flash hider or suppressor whatever turns you on... Clearly, both things are pure esthetics, for example, the superuser is a good way to hide your long inner barrel nothing more. Right behind the fake flash hider are the gas block and the front iron sight. The gas block is obviously also fake, it is not letting gas from to kick the bolt back and resetting the trigger. But it has a nice feature in it, you get a tool for the hex screws that are all over the gun. The front sight is a flip up one. It's also metal and you can adjust it if you like but generally, airsoft replicas have a small range and are not that precise comparing to a real rifle. Unless you throw more money in it and get the right parts. Next, we see the upper receiver which is also metal. Aluminium to be precise. The purpose of that is to keep the weight down. Airsoft replicas mimic real ones in length and weight. Did I mention that the gun is black, well you figured that one out by now. As you can see it has picitini rails all over it. The one on the top is a monolithic rail, the upper receiver and the rail are one piece and it is long. Oh, and it has a number on it. On the sides, you have small rails and on the bottom, you have a medium size rail. For those that have no clue what the hell I am talking about: Furniture. Gun furniture. Optics, lasers, flashlights, granite lunchers and all kinds of front grips. Some Airsoft reviewers even match a satellite dish, but that's to resemble the opportunities and tactical advantage you have here. It is not smart to run it naked. The edges of the rails are sharp and you need rail covers or gloves to prevent cutting your hand. The charging handle is metal and you can place it on both sides. That's the end of the bigger metal parts on the replica. Come on, let's go down to the lower reviver. It's polymer and it is sturdy. The biggest advantage is that it is not so cold like metal. If you scratch it no metal will be revealed. Some people don't like those metal scratches on their replica. On the lower part, you have all your buttons and switches to operate that thing. It is fully ambidextrous. Hell yeah! Lefty and righty friendly. Fire selector and mag release are on both sides. The fire selector has a 90-degree travel, which I personally like, no thumb acrobatics needed to select a firing mode.But not the bolt catch release. If you want that one on the right side you need to buy a real steel upgrade part that looks kind of odd. The trigger is metal and has a small travel, only a few millimetres. The pistol grip on this thing I really don't like. It's an M4 one and it feels nicer on the AEGs redder than on the GBBs. Its also polymer and it will be the first part I'll switch out. Now the wired looking thing on the SCAR is the polymer stock. It looks like this boot and just like it does not belong on the rifle. But the ergonomics are great. It's retractable and has six positions. The chick rest has two, and for me it's perfect. I don't have to lay my face down on the rifle or extend my neck like an ostrich while I am aiming. In the end, there is the rubber plat. It's curved and It sits nicely on your shoulder. Now the inside. As I mentioned before, it is a gas blowback replica. That means the internals are completely different than on the AEG or spring guns. Disassembly of the SCAR L is so easy: you pop the pin that is in front of your magazine out. Once the pin is out, you remove the lower receiver. Then the stock: you push it down and it comes off. The spring guide will jump out if you're not careful, that's the stick with the spring. The spring guide is pushing the bolt back. The bolt and the bolt carrier are metal. And the most important part is the nozzle. The nozzle is two-piece plastic and can break if you are not handling it right. It has another feature on it: the loading arm. The Lower receiver has the metal parts inside it too. The most important thing for GBB rifle replicas is to lubricate them. A lot of metal is moving around and there is a lot of friction going on. Lube your rifle and it will live. That's the logic on GBB replicas. The magazine is the source of power, it has a big gas tank inside it and the fill valve is located on the bottom. It also holds the BBs and it is a real capacity mag. Only 30 (fun for me, painful for you) balls can fit in the replica. The mag is also metal. It's an M4 style mag. It weighs 320 grams. But the best part is that a lot of WE Tech replicas are using M4 mags which is cool in my opinion. The performance is nice too: with a 0.28 gram BB it has 355 FPS and 1.57 J. What makes it perfect for any outdoor field here in Croatia. Thanks too Steemit and all users on the platform that supported me in the past this replica is a Crypto Rifle. Because I spent 140 Steem and 0.1 ETH on the loadout below. Big thanks to every each one of you that made my wishes and dreams come through.

You are being watched 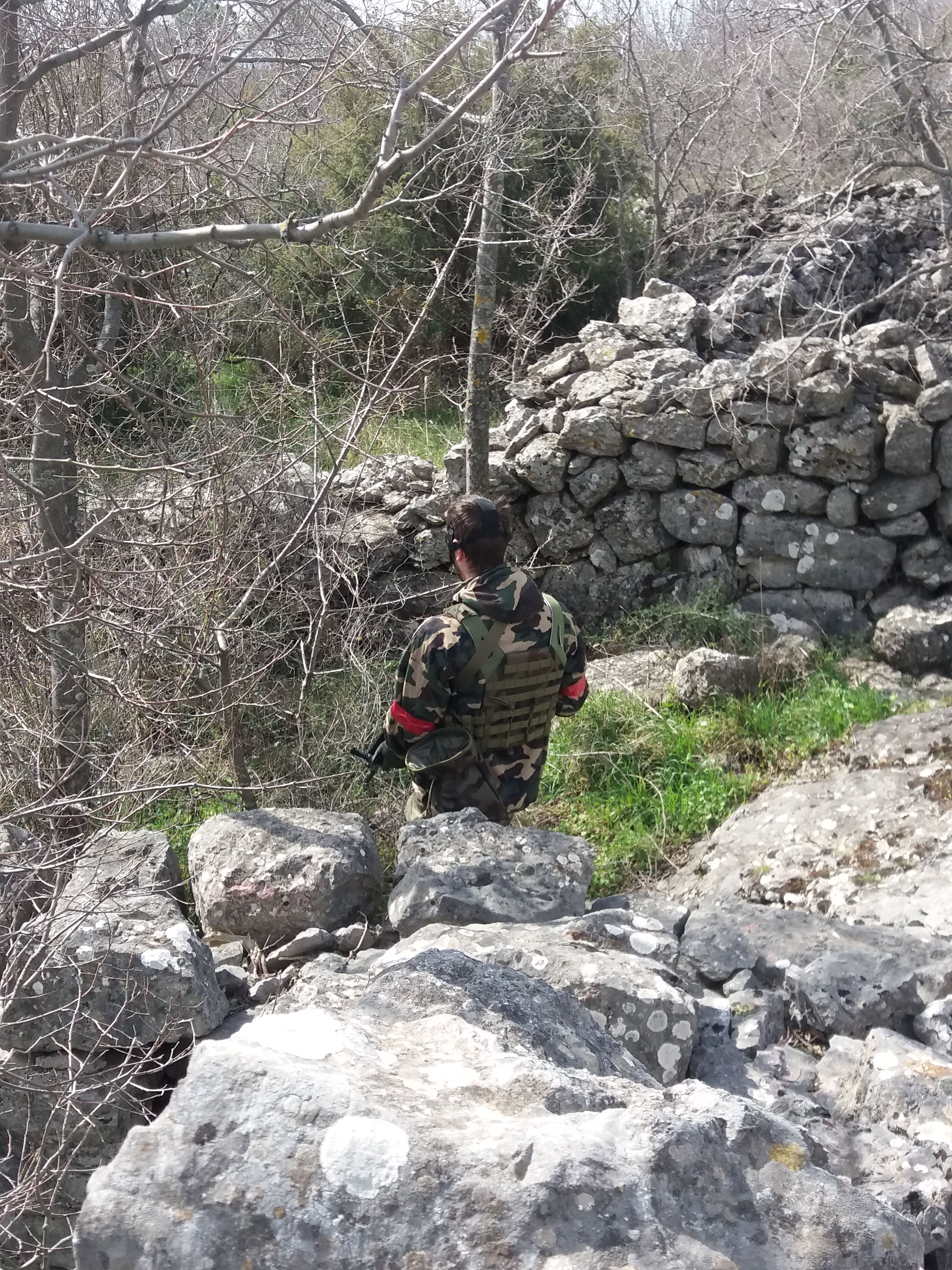 Yhea that is the last time I played the medic in airsoft .