Get FREE tokens with ... the "Airdrop Token!"

Who doesn't like getting FREE cryptos, right? Well, imagine if, just by holding a certain token in your MyEtherWallet, you could qualify to receive an UNLIMITED number of airdrops, of many different tokens! That's the idea behind a new innovation from EtherBTC.io.

EtherBTC was created in June, 2017, to be a tokenized version of bitcoin. It has the same maximum number as bitcoin (21,000,000) but because it's built on the Ethereum blockchain, transactions are lightning fast and SUPER cheap.

EtherBTC isn't a security and it isn't a lending coin. It was truly designed to be a peer-to-peer currency in the spirit of bitcoin. So while the likes of BitConnect and DavorCoin may have stolen the spotlight ... EtherBTC still exists! No trouble with the law. Nobody getting ripped off. EtherBTC is this hidden little gem of a crypto that reminds me very much of the original bitcoin, back in 2010. Very, very few people knew about bitcoin back then, and it took 10,000 BTC to buy two large Pizzas! 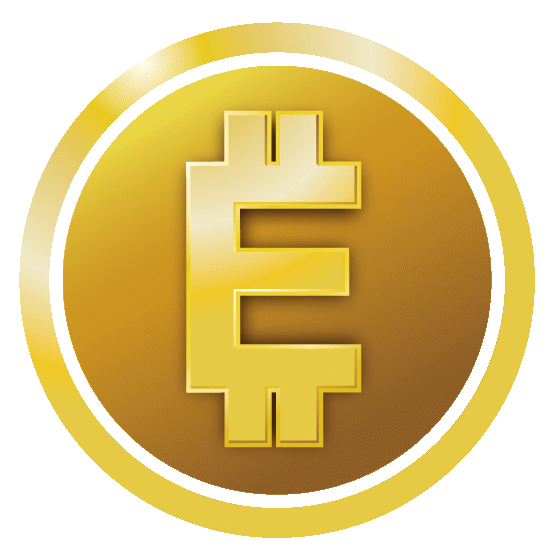 As they say, "Necessity is the mother of invention." Needing a way to generate revenue, and to make ETHB stand out from the crowd, EtherBTC.io had an ingenious idea ... to leverage their database of crypto enthusiasts to offer airdrops for other projects!

Projects would provide free tokens for the airdrops, and would pay EtherBTC.io to have them distributed. Why? Because there is no better way to create excitement for a new project than to give some tokens away for free. The challenge for new companies is the time and expense it takes in creating a meaningful list. EtherBTC.io has already done it for them, and can create a flood of interest for any project in a matter of days!

But I want you to think about this ... Imagine if you were registered with EtherBTC.io for the airdrops, and you received an email on "airdrop day" to get your free tokens ... Are you just going to get the tokens and that's it?

You're going to want to know what the heck you just got! So you're going to go to that company's website to learn about them. You're going to check to see what exchanges they're on. And if you received tokens for some cool ICO, heck, you might even consider buying some more!

With John McAfee charging 25 bitcoin to be promoted as his "coin of the day," CoinDesk and CoinTelegraph charging huge sums to have articles written, and all the ICO websites charging multiples of ETH to be listed on their sites, hiring EtherBTC.io to distribute tokens is not just affordable, but also very powerful marketing.

Case in point, on February 13, there were only 734 unique wallet addresses that held EtherBTC. In less than 7 days, that number exploded to over 17,300! How? Because the very first airdrop EtherBTC delivered was it's own ETHB token! Everyone who registered receive 25 ETHB for FREE! The next phase is about to begin, and this is where it could get really interesting . . .

There hasn't been much interest in EtherBTC up to this point, and when you have Ponzi coins offering 1% a day, there wasn't a real compelling reason for people to buy ETHB. But all that could be about to change ... in a very big way.

So what is that going to do? It's going to create a huge demand for ETHB! It's going to give people a reason to buy and hold this very cool little token.

Right now, there are two places you can buy the EtherBTC token ... from the EtherBTC.io website, and on the EtherDelta.com decentralized exchange.

On the company website, ETHB can be purchased for about $1 each. On EtherDellta the price can be less, but EtherDelta is not all that easy to figure out. And once you do have it mastered, you still have to put up with it's quirks (like it saying you don't have enough ETH in your wallet to pay for a transaction, when you obviously do). You have to use Ethereum to make purchases on EtherDelta.com. On the EtherBTC website you can use any number of different cryptos, including bitcoin, Litecoin, Dogecoin, Ripple, BitcoinCash, Dash, Monero, and more!

Whether you buy your ETHB on EtherDelta or EtherBTC.io, once you have your 100 ETHB, you're good! All you need to do next is register your MyEtherWallet and check your email! And as more people purchase ETHB to participate in the airdrops, the demand for EtherBTC could continue to rise, which has the potential to increase it's value over time, too.

To learn more, visit https://etherbtc.io . Their first airdrop for an outside token is scheduled to take place on March 3, 2018!

Good article, I have my 100 ETHB and am ready for the air drop on March 3.

I followed and upvoted you, I will also resteem for you. 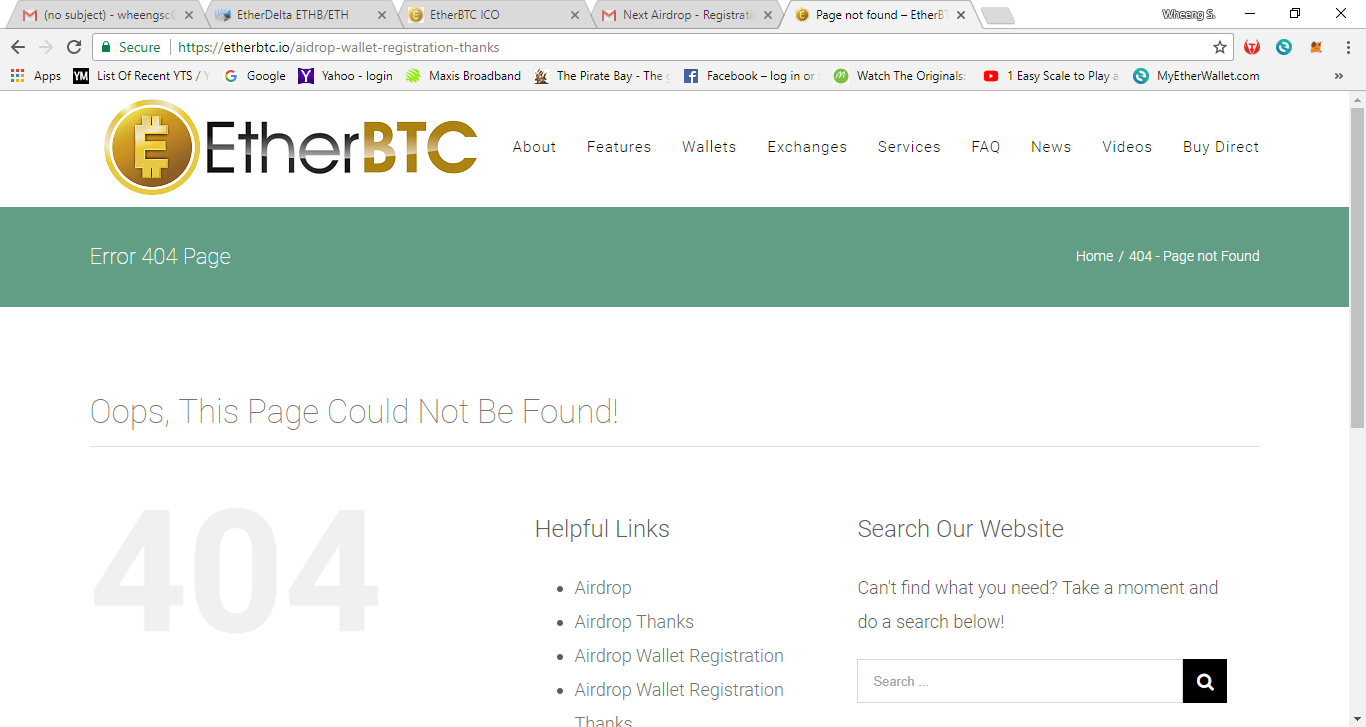 Have 100 tokens but the form on the site to register for the March airdrop is not working.

what is current prise

I signed up for the airdrop and never receieved anything, even thou I keep getting emails that says the airdrop went on with success. but now im reading on your page that its not till March 3, so now Im confused

Yes the form is going to page not found!

This is great token that you don't want to miss. I am getting them

Thank you for this exceptional article! I look forward to many more.

I can see the future of this coin. Will hodling them for sure.

Nice, I got my 100+ ready for the Drops to happen....Follow, Resteem and an upvote, nice article

Cool. Will check it out.

lovely,Etherbtc the combination of the two most powerful and most known crypto world powers,it will surely MOON...come what may,so please join now if you havent before it becomes too LATE.

i will be getting mine soon

i saw 25 ethb sent to my wallet, but it doesn't arrive yet in myetherwallet

I like your project and look forward to Airdrop

I like your project and look forward to Airdrop

I was a part of the first airdrop and got my 25 ETHB. It's interesting to see how they're marketing this second airdrop. Thanks for the info! Resteeming, upvoted and following!

Good article, hoping to get the airdrop

I have 101 ETHB - but I cannot fill and complete the form - it goes to page not found!

It worked on the aweber link. But after that the Thank you page did not load.... I think I am registered already ... Please update the community.

Good work Team, good to see now we have the first airdrop coming the way & Hopeful many more will come. Best luck team

Do I need to register in any form to have 25 ETHB?

Hi, great post, have followed you. What do you think of the current state of the Bitcoin market?

I like where this is headed! I have done all the steps and have 100 ETHBTC

It is a best information article. I read it carefully. It is about Ether Delta and Ether BTC exchanges, where we use the differences crypto currencies.

I registered for the first Airdrop, and received my 25 ETHB in my MEW soon after. Then received the emails to buy 75 more ETHB at $1 each to participate in further airdrops, without any info on what these future airdropped coins are worth or how many are received etc. still unsure whether to invest the $75 - it may be another ICO/coin basically saying “I want your crypto/money, if it may be legit. Think I would prefer to see ETHB on more exchanges first, as there are doubts about EtherDelta as a going concern ...

Thanks cryptostoday!
Really excellent post (JUST found it on google looking for a good wallet for XMR airdrop) Are you certain they are not a scam? I have heard some bad reports but not corroborated - am following you now for more!