Human Rights as a Right for ALL

As someone who has been born as a man of Palestinian descent, this idea of basic human rights has been always at the forefront of how I look at the World and what I consider to be conduct worthy of human decency.

I have been frustrated in some of my day to day responses that are usually meant with the best intentions, but often come off as callous and ignorant. Just yesterday, I had an individual at a CFO conference ask about my background. The conversation went like this...

Finance Investor: Where are you from?
Me: I am of Palestinian descent.
FI: Palestinian? Where is that, is there a country?
Me: There are territories, but after the mandate system created after WWII, blah blah blah... In my head, I thought, "have you been living under a rock?" The man was Korean, born in Korea, so he should be no stranger to the ways of being subjected to a tyrannical government wanting to control every aspect of their lives and control their very identity.

The fact is, like many of the Native Americans of this great land: the Navajo, the Cherokee, the Sioux, etc. - they all have identity. 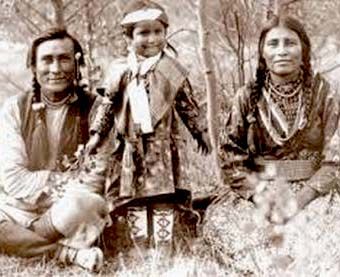 I have found my voice (finally in my 30s although I have been building it for years), to stand up proudly and strongly - to proclaim that I am an American born in Chicago of Palestinian descent. Period and the f***in end. I will not allow any ridiculous politicians who have no claims but espouses the teachings of Jesus (ironically) or any other human being to trample upon my inalienable human rights. And lets explore that a bit more - HUMAN rights. What does that mean to people... Are any "people" better than others? Of course not and it is asinine that we in 2017, almost 2018 still have to go over this concept. No more. Humans have been in conflict since the beginning of time. Interestingly though, we are in the greatest decline of real violence in the World.

Take a look here: The Visual History of Decreasing War and Violence

The difference now is that we are bombarded with images of injustice, conflict, death, etc. If it weren't for the Israeli / Palestinian conflict, you may not even know about Israelis or Palestinians. In fact, most people can't even find it on a map.

Another key takeaway is that we are not going to be able to get to people through sophisticated arguments. We need to meet them where they are in the present moment. One of the reasons for the decline of war and violence is the improvement in literacy and education. This goes hand in hand with political freedom.

In the end, there is a lot of fear that we need to overcome of the other. I am a voracious reader, but again my sophistication isn't going to be what helps unite us. Rather, I want to concentrate on how to thread our common humanity for the betterment of all. 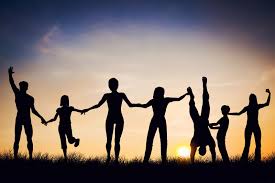 The concept of human rights has become a well-known and widely accepted term to use. Varying interpretations are possible, with differences usually being based on cultural background. Nonetheless, most of these understandings consciously or subconsciously include the basic rights outlined in the United Nations’ Universal Declaration of Human Rights.

Yes and the UN's definition is well defined. Thank you for sharing your comment.

Think of this, dear: humans don't need any rights, only persons. Nobody stands above a human giving rights or not!! And the UN is a very bad part of the game the elites play with us. Love to all!

Awesome, thank you so much!

I come from a melting pot of people of many nationalities, and the message that you shared with us today about discrimination is important. This investor sounded like a straight up a**hole; no you weren't born anywhere, you must have been manufactured.

That kind of ignorance is disrespectful, and although it's becoming less of a problem these days, I still get rused when someone finds out I live in Hawaii and asks me questions about electricity, pineapple, and other assumptions without trying to understand anything.

There is a wealth of history and things to learn about another's country of origin.

You have a great point on education, the effort to understand and be understood should be met half way.

Thank you for voicing yourself,
@shello

Thank you @Shello. I do feel that we need to listen to each other more. We were given 2 ears and 1 mouth for a reason. I wouldn't say so much that he was an a**hole but more just ignorant to certain norms and facts.

We need to heal division and in order to do that, the rhetoric has to change. We are all doing our part to work on it and voice the opinions that need to be voiced.

Thank you @rabbi18 - trying my best to contribute to the conversation in a positive and productive manner.

Very interesting write up.Yes,Human rights is a right for all and not meant for any particular race,gender or what have you.Its now left for us to wake up to the consciousness that they really exisit and are specifically meant for us all.
In Nigeria,Most citizens get their rights infringe upon because they do not even know about such rights existing nor enjoying them at all.

Thank you for comments Stephen - I often wondered how things are in Nigeria. That would be a great write up to understand from your perspective.

The @OriginalWorks bot has determined this post by @sammyb to be original material and upvoted(1.5%) it!

Congratulations @sammyb, this post is the forth most rewarded post (based on pending payouts) in the last 12 hours written by a User account holder (accounts that hold between 0.1 and 1.0 Mega Vests). The total number of posts by User account holders during this period was 2813 and the total pending payments to posts in this category was $1871.61. To see the full list of highest paid posts across all accounts categories, click here.