The future of food is a contested space, with multiple competing ideas about how the future will evolve. The growing human population, with a significantly increasing global middle class, will be the engine of increasing global demand. Historically, increasing wealth has led to changing consumption patterns, particularly more meat and other resource-intensive foods like cheese and eggs. The question is the extent to which historical trends will play out in future.

This is for two prime reasons. First, on a global basis, more people are now of an unhealthy weight than a healthy weight. At the same time, the historical “hunger challenge” is slowly receding, while malnourishment is increasingly associated with excessive weight and obesity, creating a new challenge for food systems. This is creating a new policy interest in “food for health” which has the potential to help shape diets and thus food systems.
Second, the Paris climate agreement pledges to keep climate change to well-below 2 degrees C. Given that food systems - growing food and feed, making and transporting food, cooking, eating and throwing food away - accounts for just under a third of greenhouse gas emissions, food alone has the potential to use up the entire Paris agreement’s carbon budget. As many people have written, the most potent way to “decarbonize” the food system is to reduce the amount of greenhouse-intensive food we produce – notably meat.
Thus, on the one hand, projections of demand are growing, but on the other hand, important policy drivers that may constrain demand growth - or increase demand for “sustainable nutrition” – are also growing.

It is undoubtedly true that some areas of the world need access to radically more food, but equally, other areas of the world are suffering from eating too much of the wrong sort of food, and filling landfills with discarded food waste. Many commentators agree we are likely to need a “contract and converge” model, or as Tim Lang, a Professor of Food Policy at City University in London, has eloquently put it: “the rich need to eat less, and differently, so the poor can eat more and differently”.

As well as uncertainty over how global demand will evolve, there is uncertainty about how production will evolve. Since the green revolution, the global focus has been to produce a relatively small handful of commodity crops – maize, wheat, rice, soy, palm oil - in ever larger quantities and ever greater technical efficiencies. This means that “large scale” agriculture can produce calories very cheaply.

For many, food is cheaper than it has ever been (relative to income) and this allows us both to eat a lot and waste a lot. But, however efficient “big ag” is, it creates significant environmental costs – particularly in eroding soil health, water quality and reducing biodiversity. It also supports few livelihoods, with capital investment increasing, and labor requirements falling.
One can imagine a different food system. If we lived in a world where demand was different – perhaps because people wanted to eat healthily and sustainably – it is possible to imagine a much greater mix of big and small farms, producing a larger range of produce, employing more people and creating a more local and circular economy.

So what might we eat in 2030? I think demand will be shifting and more people will want to eat a healthy diet, one that is less intensive (and wasteful) of resources. The increasing emergence of localism, wholefoods, organic, artisanal and “real food” movements is a sign of this – at least for the rich and dedicated. So our diets may be more veg and fruit, whole grains and vegetarian food or new alternatives (soya products, or perhaps insects or artificial meat), and less fried and sugary things. We’ll still eat meat, but, perhaps more like our parents and grandparents, see it as a treat to savour every few days.

For the world’s poor, as Adam Drewnowski and others have shown, the cost of a nutritious diet is so much greater than the cost of a calorie-dense one. It is therefore likely that commodity crops (maize, wheat, sugar, oil) will continue to underpin the global food system – but will be processed in ways that are better for our health. This may include fortification (or biofortification) – where nutrients are engineered in, either in the biology or manufacture of food – and the significant reformulation of current foods for fewer calories and more nutrients. “Ultra-processed” foods need not be unhealthy.
Image: GISS NASA

Although there are signs of a push-back against globalisation, its many benefits suggest that increasingly the historical divide between the “developed” and “developing” world will break down, and the issues, for every country, will be how to ensure access to culturally acceptable, healthy diets, that are affordable by the poor. This will involve both locally produced food and food traded from afar. Food systems are likely to diversify as markets simultaneously grow for local “real food” as well as nutritious “convenience food”. We won’t have an “organic world” or a “big ag” world, we’ll have both. But we must have better nutrition, less waste, and more sustainability – otherwise we simply stack up ever more problems for the future. 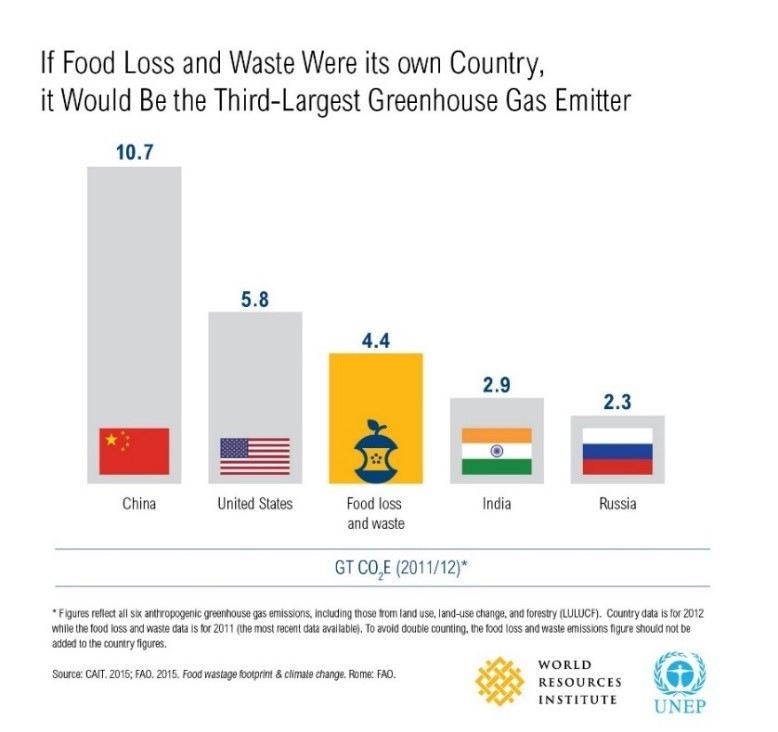 Friends join!I'm sure this project has prospects!