Today being sunday and i know we would all have time to follow up this interesting piece
From; sourse

_ Deepack chopra said:"Every intention is a trigger for transformation." _

As i work to transform steemit and make it interesting for everyone using every resurces at our desposal.

Mary locked herself in her room and took out some time to cry out her heart until it felt as if she had done the right thing.

Declining Uche's proposal was a very difficult decision for her to take. She however took it. This raised lots of surprises and questions from many, even her friends.

Three years ago they had started dating. Seeing the two love birds hanging out together, you could almost mistake their love for each other as divine. Their bond was stronger than that of Jack and Rose or even Romeo and Juliet. They were inseparable. 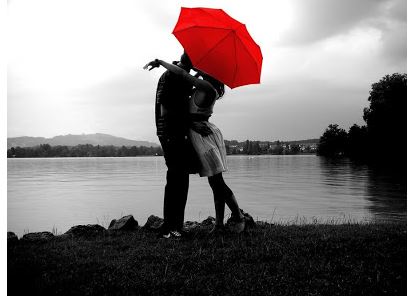 "I love you the same way I learned to ride a bike. Though I was frightened yet I was still reckless." Uche said to Mary as he scooped a portion of the ice-cream moving it closer to her mouth slowly.

As Mary opened her mouth in expectation of the chilled-liquid, Uche took it back gently and gently until he drank all of it and then smiled.

Both of them laughed together as they held each other’s hand.

"Being in your warmth embrace gives me that kind of confidence that makes me feel invincible. This is all I would rather do morning, noon and night. I love you darling." Mary said to him.

Both birds continued in expressing words of love to each other as Uche sang for her too. This inherent gift of his, was one of the reasons Mary had fallen in love with him so quickly at the expense of other potential lovers.

As it got so dark, Uche said "I think we should be going home now Mary. Today’s gist is just enough for tonight. We would possibly continue tomorrow dear"

Uche then opened the door of his vehicle as he waited for Mary to walk in majestically. Soon enough they got to Mary's house and it was time for her to go.

Still in the vehicle, both birds stared at each other for about thirty seconds waiting for whom to make the first move. Guys are always faster when it comes to this. Uche gently moved closer to her as he kissed her softly. The kiss was so deep and long, that she felt like it was her last minute on planet earth.

They were just so happy together then, what could have happened? What could have made Mary to decline his proposal after all those escapades together?
TO BE CONTINUED...