The politicized material-reductionist paradigm continues to broadcast a cognitive dissonance into the minds of the masses, disheartening them of self dignity, sovreignty, and the will to live while replacing their values with deceit, fear, greed, and scarcity. Rendering humanity to a state of severe complacency, many seem incapable of critical thought while swimming in a sea of information. Many are unwilling to rise to their own responsibility of preservation and balance of self, community, and planet.

Indoctrinated to the masses as infallible dogma, relativistic and quantum theories have acted as the major pillars of man's cosmic IGNORance. These mathematical conjectures isolate and compartmentalize physical phenomena in their dead states while fully denying the conjugate - the non-physical, living, qualitative dynamics of the underlying formative forces. Confusing EFFECT for CAUSE lies at the root of this dissonance. Through this error Natural Law became a heretical relic to the priests of scientism.

Undergoing exponentially dynamic changes on all scales ,the biosphere's ability to support life and thus man’s connection with source is dwindling. Humanity must look internally to understand our connection to the projected external cosmos. Per the Hermetic Dictum: As Above, So Below, As Within, So Without. All of the cosmic processes to be observed in the macrocosm may be observed within the microcosm of the human. The human form offers a prime example of the simple principles nature employs to build the most elaborate of technologies. As an explicate projection from the stars and an extension from the Earth, the human body is the middle ground for the meeting of cosmic forces. GENIUS is our birthright and our ability to access that has been taken away by the political dogma masquerading as rational scientific inquiry and engineering. 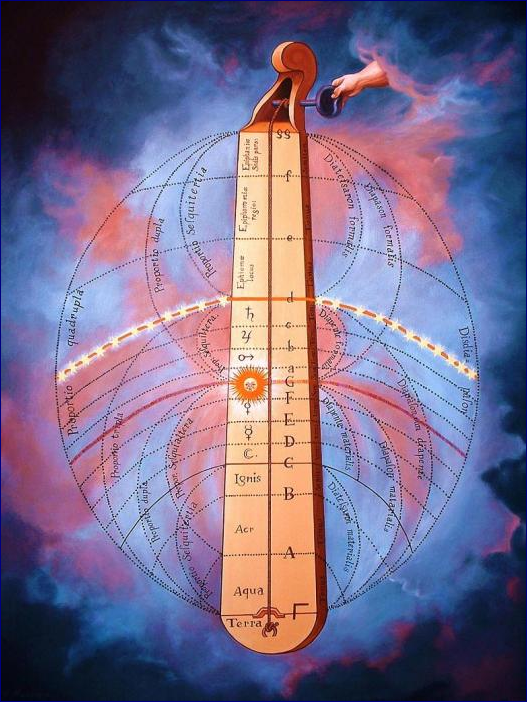 Awakening to the dynamics of the Mental-Optical-Spiral Universe, we must discern any facets of our prescribed infrastructure as heretical to the balance and harmony of natural law. Our technological progress has been hoisted on a prescribed evolutionary track of pollution, explosion based force, radiation, symptomatic treatment, and death.

The quantum relativistic models know nothing of the nature of the conjugate and harmonic universe. The very essence that makes you YOU has been deemed impossible by modern science. Even the new age has grabbed these false idols as the new religion, leaving them even more engrained in more fundamental materialist views. Plain and simple quantum mechanics and relativity may have a few functional attributes but that in of itself is not recognition of cosmic process. Both incompatible fields are born of highly false axioms and at best, are only approximate for systems not apparent anywhere in nature. The lack of scale invariance of these theories demonstrates the plague of modern science and the rational mind, dissecting, fragmenting, and isolating facts, looking from bottom up, with no recognition of a unifying principles. Notions such as space-time, light speed,dark matter and energy, black holes, expanding universe and big bang have all been heavily falsified as mathematical abstractions to explaining mathematical abstractions to explain mathematical abstraction ad nauseum.

Aether Force collectively recognizes another mode of scientific inquiry enabling the observation of the qualitative, living dynamics of cosmic mechanic. A golden thread weaves this illusory tapestry of motion together balanced by the Universal Medium. It has been given many names, many theories, and received equal amounts of backlash. Known as the Aether-Counterspace-Inertial Plane, it acts as the fulcrum, balancing and powering all polarized spiral motion. The One Field expressed as mutiple interdependent field modalities. This is the Undivided One. It's primal formative expression, the Ether was experienced by Mystics of old as Chi, Prana, Kundalini. Today it's recognized as subtle energy, scalar or longitundal waves, Od, Vril, Sympathetic VIbration, Ethers & Elements, Formative Forces, Dielectricity, Magnetricity, Eloptic Energy, Zero Point Energy, Superlight, Plasma, Hadronic Horizon, Radiant Energy, Negative Sea, Still Magnetic White Light, Neutral Center, Implicate Order .... the list goes on and on.

NOW IS THE TIME OF THE AETHERIC EVOLUTION ! The time for fear of suppression and social isolation is over. We have reached a threshold where too many of us know. Too many of us exchange information and invent for the balancing of humanity at all costs. The information each Seeker has individually gained is simply no longer enough. We must synergize this into collective open source knowledge and act it into wisdom. WE ARE making this shift to build a balanced, harmonic, and fractal infrastructure for mankind’s evolution. We can no longer wait for mass adoption of these ideas. We must build and while the old paradigm falls and crumbles.

WHERE ARE THE AETHERIC LEADERS?

Aether Force exists as a platform to let your Voice, Research, and technology be heard and reviewed without the political scrutiny of the fallible peer-review process. Open Source your designs and data and help show the world how to recreate the New Technologies. We have no interest in profiting off your work. We are an informational network to help support the latest advances in Aetheric Technologies and Research.

We reject the explosion based, radiating and polluting technologies as the only choice. We will Build New Technologies to restore harmony and balances within the technosphere, to remediate the bioshpere, to create coherence collectively with the noosphere.

We refuse to allow others “more gifted” to do our thinking for us, We know that anyone with right intention can channel the source and be “gifted”. As Russell stated, “GENIUS is your birthright”. You are a biological filter for universal mind. The more coherent the filter or antennae, the higher the resolution of the signal. We all have this inherent ability to look deep within our Sovereign centers, connect with Source through Silence, to connect with Universal Information and Knowledge to bring to physical expression. Tesla, Steiner, Russell and so many more tapped into the universal mind for the direct intuitive experience of their creations. 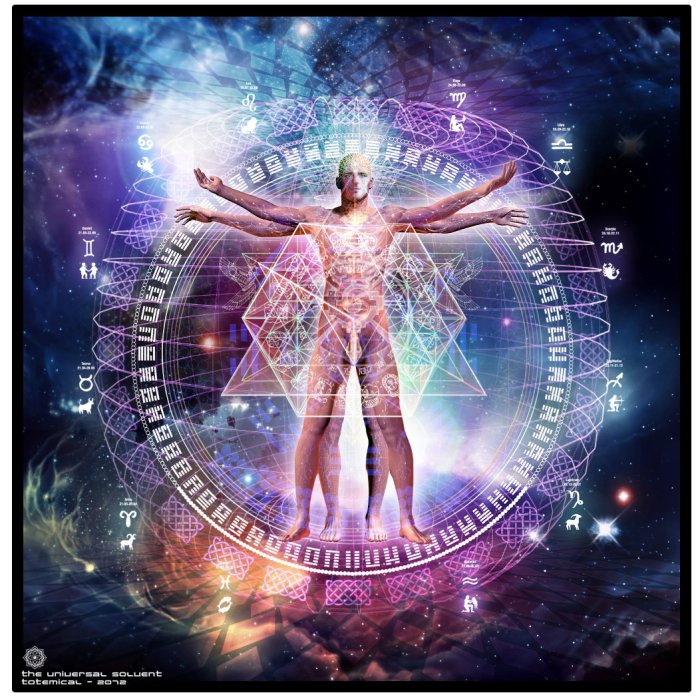 The average person appears weary and without knowledge. Show them a vision of a future that is as real as the bills of currency they see, give them the knowledge now hoarded away in secret societies and watch an initiate emerge. What is the ever retold story of the Archetypal hero but the emergence of a true initiate.

The initiate is the next level after awakening.
The initiate see’s the spiritual battle as primary and the physical as a secondary effect.
The initiate sees just how vulnerable those that deem themselves chosen to rule over us really are.
The only requirement is an empty cup so that a little bit of the right knowledge may flow in. Those who empty their cup entirely will be overwhelmed by the depth and breadth of the truth and knowledge the source shall send them. II. Share the Knowledge with the People while building a global yet local network of leaders. A Movement for the People and By the People to Rebuild Civilization in harmony and balance with natural law

III. Our own Repository of Knowledge free and available to all. 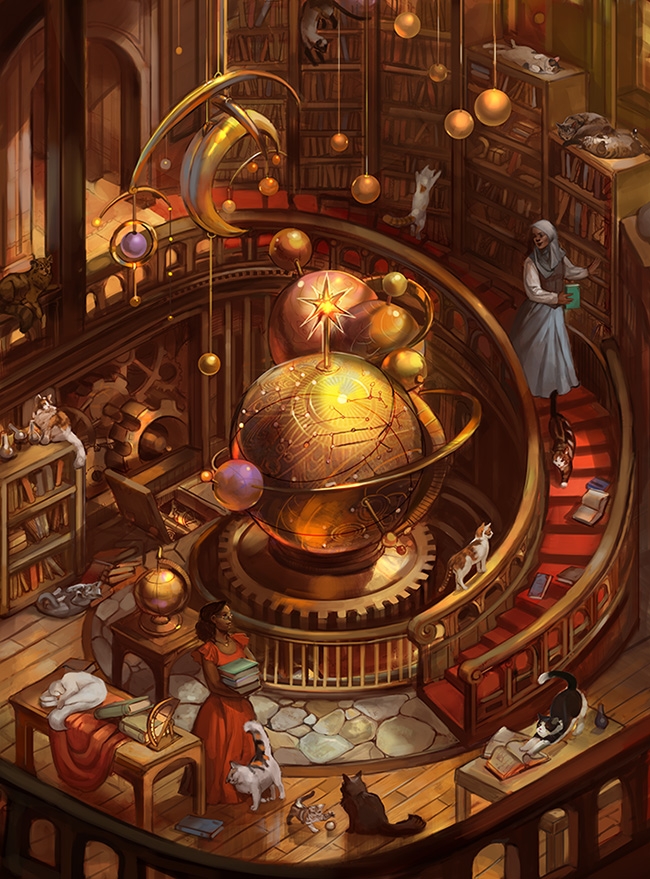 STATUS: 1. Keychests.com is no longer online until further finances are raised to keep servers running. It is very expensive giving away terabytes of information. Please support is with donations or upvotes!

IV. Build educational facility for children and adults for the aetheric and qualitative sciences. More outlets for alternative education for children should be made available.

VI. Begin an exodus away from the banker controlled Mega cities to our own ruled and run villages. This is already in progress with movements like The New Earth Nation and the emerging Muslim villages in Indonesia. Our Mission is to give these new nodes of civilization everything they need not only to be self sufficient but to live far better than humans ever have before. We are well on our way and the dark forces cannot stop it. They can’t even slow it down. They may plot and plan religiously but the infinite has a far better plan and we are the tools by which it shall manifest.

AetherForce.com is a grass roots, open source educational movement of the Aetheric Arts and Sciences. In the coming months, a group of aetheric engineers will be touring the country offering workshops, lectures, and meditations worldwide. With your support, financial, psychotronic, or otherwise is truly appreciated. Every bit counts and truly will help the advancement of this knowledge into the mainstream mindset. Thank YOU!
Harmony & Rythm Be Your Wave-guide to Stillness 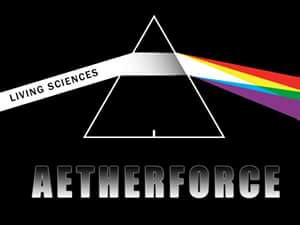 Great to see the expansion into diverse social media!

Congratulations @aetherforce396, you have decided to take the next big step with your first post! The Steem Network Team wishes you a great time among this awesome community.

Congratulations @aetherforce396! You have completed some achievement on Steemit and have been rewarded with new badge(s) :

Another reason to quit FB ;) way to go John!

Wow, so glad I stumbled onto your post. I’m really into alchemy and natural philosophy(magic). Going to resteem!

Welcome to steemit . Glad you are here. You broach a topic that many have yet to discover. Please do not give up, it takes a while to gain some traction. Excellent post. See you again soon I hope. 🐓🐓