From Blockchain Innovation to Ownership

From Blockchain Innovation to Ownership

Blockchain is arguably the most transformative technology since the invention of the Internet. Initially, the cryptocurrency use case with Bitcoin was fuelled by talented developers who were passionate about its stateless ideology. In the Blockchain Adoption Curve (Figure #1), these innovators represented talented technical minds who believed that blockchain could revolutionize the financial world with Bitcoin as its first use case. Although it took some time to gain momentum, this application established confidence that a currency born from code could be viable, powerful and profitable. It took several years for a new group of early adopters to realize its potential beyond a monetary system.

Since the introduction of Satoshi Nakamoto’s white paper in 2008, several other blockchain platforms attempted to establish themselves. However, some of these shut down due to devastating hacking attacks such as the one on the DAO , scams such as Coin.mx , or due to legal reasons . Meanwhile, governments continue to play catch-up by implementing new regulations to address the growing popularity of cryptocurrencies, and mitigating the security risks of anonymity.

By 2013, a wider audience from many industries began to take notice. These new supporters began to investigate how blockchain could improve society, science, medicine, government and many others.

Despite all this attention, a powerful blockchain startup incubator had yet to be established to help drive innovation in this industry. Even with over 10,000 projects on GitHub , blockchain innovation needed a structured environment - not for development, but for all other aspects of launching a successful business.

A Brand that Fuels Innovation.

Adel launched in December 2016 to offer such a platform; a home where innovators, investors, and experts can actively participate in a community environment to build viable blockchain solutions. Adel recognized that to build such an ecosystem, necessary legal steps had to be taken to secure their platform. This included launching a Know Your Customer (KYC), Anti-Money Laundering (AML) and Counter Terrorism Financing (CTF) compliant ICO which began on May 1st, 2017 and continued until May 31st. Their crowdfunding initiative was to sell their Adelphoi (ADL) coin as a cryptocurrency to transact within an exclusive community of like-minded participants.

Some may argue their vision is in opposition to blockchain liberalists who value anonymity, complete freedom, and a stateless society. But Adel believes that a platform that follows regulatory compliance is necessary to legitimize blockchain and move this technology into the mainstream. Adel is poised to create a powerful blockchain ecosystem by establishing six main pillars:
▲ A Philosophy for Blockchain Integrity ▲ This is a commitment to their community to uphold the ethical, moral and legal requirements of every member and project in the ecosystem.
▲ A Collaborative Blockchain Incubator ▲ Their intention is to serve as the curators of the community. Their goal is to maximize participation and capitalize on the expertise of its members, while providing the freedom and liquidity to exit at any time.
▲ Blockchain Diversity and Passion ▲ This ensures that the democratic voting process and project approvals have the depth and range of cultural, political, regional, and economic perspectives.
▲ Blockchain Startup Expertise ▲ This is essential to creating business plans that turn ideas into projects and projects into sustainable and successful businesses.
▲ Blockchain Portfolio Diversification ▲ The intention is to build a diverse portfolio that spans a variety of industries, creating investments sustained in a strong risk management strategy. Projects that cross several vertical markets ensure stability and sustainability.
▲ Blockchain Incubation to Employment ▲ This is Adel’s unsung asset to their powerful ecosystem. Members play an active role in developing projects until they are executed. A member’s role can continue as an expert advisor or employee within the project management team and by demonstrating skills that the project requires. 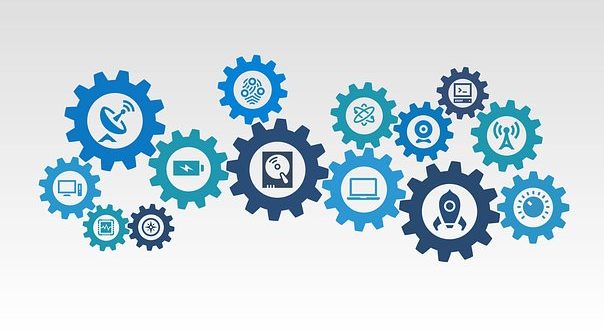 Adel co-founder and General Manager, Gabriel Dusil, stated, “No technology since the Internet has garnered so much attention. Blockchain is viewed with high potential in helping society to streamline processes; but it’s not a silver bullet, and some proof of concepts will not survive. The proof of concepts that emerge will change computing forever. We want Adel to be a central resource to accelerate ideas to projects. We want to be the leading global brand for blockchain incubation.”

Gabriel is a seasoned sales and marketing expert with over twenty years of experience in senior level positions at companies such as Motorola, VeriSign (part of Symantec), and SecureWorks (part of Dell). His strengths lie in international business development and strategic partnerships, as well as the unique ability to translate complex ideas and technologies into language that decision makers can easily understand. Gabriel has a Bachelor’s degree in Engineering Physics from McMaster University in Canada and possesses expert knowledge in cloud computing, IT security, and video streaming technologies (Over the Top Content, OTT). Gabriel also runs his own company, Euro Tech Startups s.r.o., and manages two blogs: https://dusil.com/ and https://gabrieldusil.com/.

Jessica is a blockchain enthusiast and social media community expert with over 25 years of technology and 15 years of digital marketing experience. As a mother of two, Jess is passionate about blockchain’s potential to innovate industries, unite communities and create a sustainable global economy. She brings the ability to create conversations with anyone, at any level, about blockchain use cases and potential. Jess is active on social media @TheJessAllen and volunteers her time with the Isha Foundation to help share the benefits of yoga and meditation as fundamental tools for human transformation.

This is fantastic news. Well done!