In a sworn statement under oath, 50 Cent now claims that he doesn't own roughly 700 bitcoins.

Back in January 50 Cent wasn't so quick to dismiss such claims.

In January, TMZ came out with a piece that stated how 50 Cent had shrewdly accepted bitcoin as payment for his album back in 2014.

TMZ speculated that if 50 Cent still held onto those coins they would be worth a pretty penny these days as bitcoin is worth substantially more today than it was back in 2014.

In fact, TMZ speculated that those bitcoins would be worth north of $7 million today with bitcoin north of $10,000 per coin.

Not only did 50 Cent not refute the story, he seemed to go right along with it.

50 Cent raised eyebrows when he posted a screenshot of the TMZ article on his instagram saying:

And then also this:

"I'm a keep it real. I forgot I did that [email protected]$"

To any reasonably thinking person, that seemed to imply that 50 Cent not only had the bitcoins still, but was boasting about how smart he was for "investing" in bitcoin in the first place.

However, after headlines made their way around for weeks, 50 Cent decided yesterday to finally put it all to rest.

Not quite what it seemed?

In documents filed on Friday relating to his 2015 Chapter 11 bankruptcy case, 50 Cent stated under penalty of perjury:

"I do not own and have not owned, either a bitcoin account or any bitcoins."

Which he would also follow up with saying that the reason he didn't dispute the news earlier was because he and his brand have a policy of not refuting news that puts his brand in a good light.

The fact that he was being praised as a smart bitcoin investor would fall under that category.

He went on to further claim that any proceeds in bitcoin that were obtained from the sale of that album back in 2014 were immediately converted to dollars.

Meaning he never was a bitcoin investor and isn't one currently. Some things that make you go hmm...

It is interesting that he was able to pay off his creditors in bankruptcy court about 6 months ago to the tune of $22 million without having to sell his mansion, which was assumed would have to be sold to settle the debts originally.

A battle that had been going on for more than 2 years by the way.

Where did those extra funds all of the sudden come from?

I'm not here to speculate, but that is also around the time that bitcoin was making new highs.

Things that make you go hmmm... 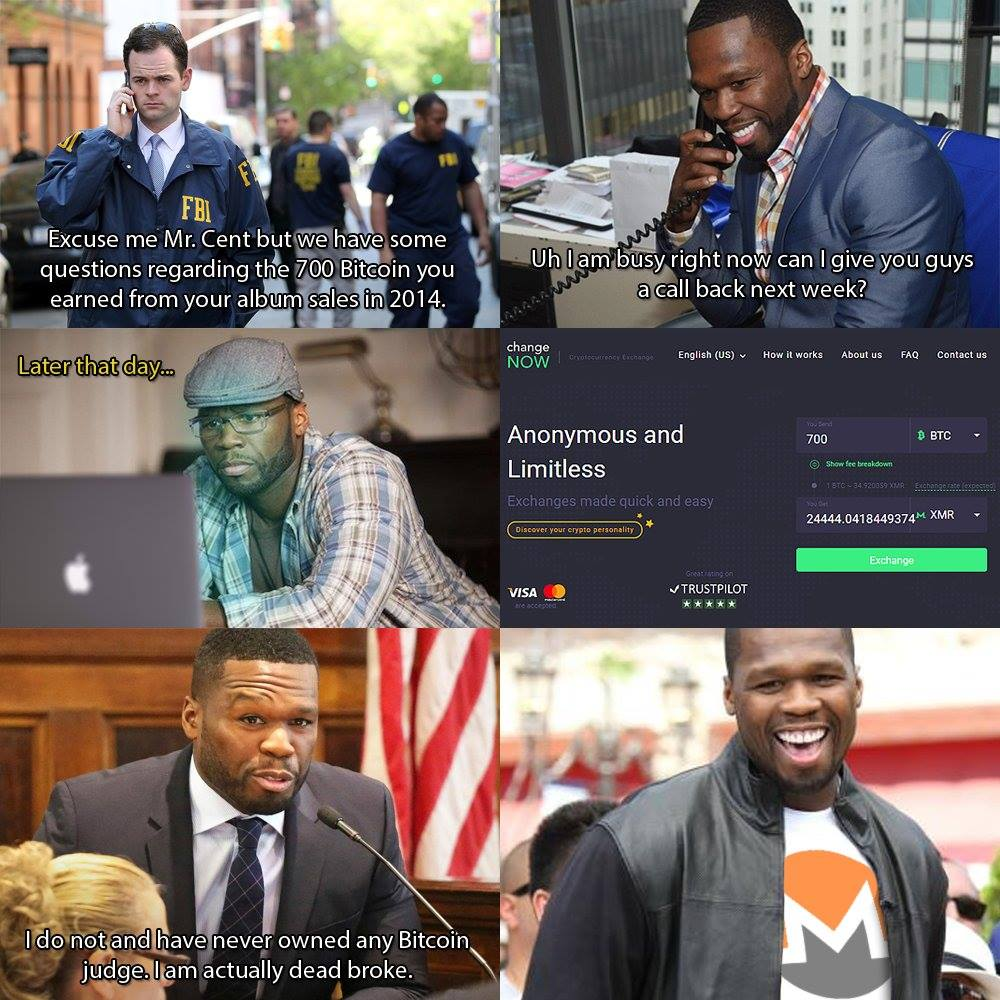 Haha this is perfect!

I think 50 cent is a real enterprenuer , he knows how to hustle , am make some money for himself thank for people like hime the crypto industry is slowly gaining tracrion or should i say rapidly

I think it helps he has really good lawyers!

And a great PR team!

For 50 cent, you could get over 2.5 Bitshares right now ! Fastest Chain around the Block.
Check it out: https://coincentral.com/what-is-bitshares/

I seems clouded to me. Maybe he didn't own BTC and converted all of them to another altcoin...
Altcoins can justify both the claim of not owning BTC and a huge out of blue payment of 22 M$.

so much news
what is the share of truth?

I am sure his tax advisor, lawyers, and agents have found a loophole for him to leverage. As a result they likely told him to shut his mouth and play dumb.

Yeah gotta be a tax thing. With his fame and movie style and FiBIs wanting fame (or at least current administration). It slike meat on a stick for wolve-politicians. thank you very much for sharing with us .

I appreciate you sharing this cryptocurrency news and the news about what 50 Cent did, because you have helped me open my mind further! I am amazed how closed minded my mind still is after all the other amazing experiences I have had, my thoughts easily suggest experiences different than mine are not possible.
You are creative as well.
I love how you got your story arranged

If 50 Cent was allowing customers to purchase his album with Bitcoin, surely some individuals obliged — so what happened to that Bitcoin?

Talk about "paying" for your brand. His nonchalant responses about his speculated Bitcoin wealth might end up costing him some time spent with the IRS. I'm sure he can spin that in a way that gets him lots of publicity and hype. Not always easy being a Bitcoin playa.

I was wondering what was going to happen with his bankruptcy when the 50 Cent Bitcoin story broke... seems like he can have his cake and eat it too!

50 Cent is a controversial person...I was at his concert in Skopje,...He is and He is not...Paying taxes maybe makes Him changed his statement...This is only speculation...

I guess he realized that boasting about his stash of Bitcoin is not the smartest move. But I don't think it will end with just that though. The IRS would probably investigate this properly.

Great story but with his ego I think he would have been really happy to say he had some bitcoins if he had them. I think this was all a publicity stunt. The story got started and he never denied it. Very nice post. 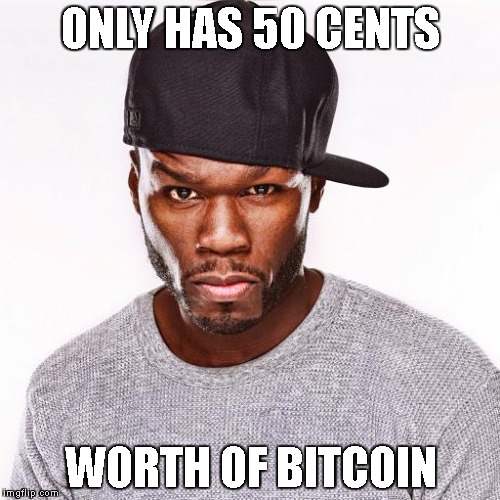 Still, news like this is nothing but just an entertainment read. He is not a huge figure in crypto, his possession in Bitcoin or not doesn't matter to the mass public at all.

Congratulations @jrcornel, this post is the tenth most rewarded post (based on pending payouts) in the last 12 hours written by a Superhero or Legend account holder (accounts hold greater than 100 Mega Vests). The total number of posts by Superhero and Legend account holders during this period was 40 and the total pending payments to posts in these categories was $2917.15. To see the full list of highest paid posts across all accounts categories, click here.

Hey steemian, I leave you here a funny and real post about Bitcoin. I hope you will find it interesting! Have a nice day! 🙋

This dude is confused, still a fan though

I am pretty sure he transferred it all into Monero.

So it is true that 50 cent has gone bankrupt, I thought it was just some joke. Well such is life.