Season 3, Episode 1 - Gunnar In The Carrels (A novel being written on Steemit) 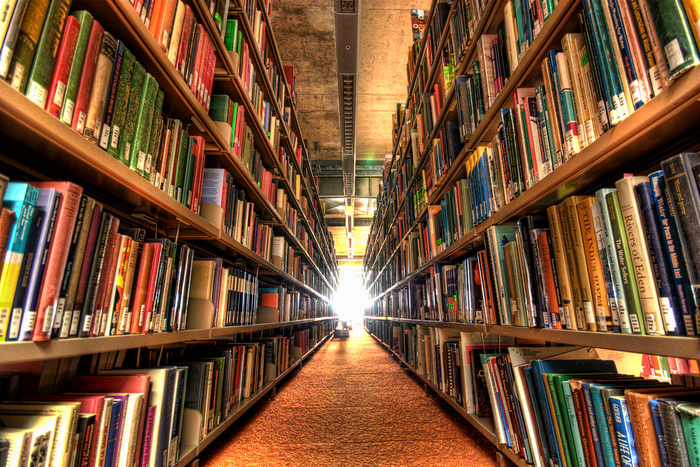 This being human is a guest house.
Every morning a new arrival.
A joy, a depression, a meanness,
some momentary awareness comes
as an unexpected visitor.
Welcome and entertain them all!
Even if they are a crowd of sorrows,
who violently sweep your house
empty of its furniture,
still, treat each guest honorably.
He may be clearing you out
for some new delight.
The dark thought, the shame, the malice.
meet them at the door laughing and invite them in.
Be grateful for whatever comes.
because each has been sent
as a guide from beyond.

The day that was to permanently and significantly alter the lives of several Anneville citizens dawned with a radiant display of pink and lemon. High, wispy clouds smeared the colours across the sky like paint. Although the air’s chill still remembered winter, the birds had returned and were singing loudly of spring.

Nelson took in the spectacular performance from his favourite perch on the dam that spanned the Silver River in the heart of Anneville’s business district. He liked to sit on the metal rail directly above the dam’s intake, where the waters rushed over the concrete barrier and crashed downwards, sending up their fragrance of mud and fish and oxygen.

When Nelson first discovered the haven of the Anneville Public Library, chased inside its doors one summer day several years ago by the pursuit of Billy Aster’s gang of meat heads, and realized that for the paltry effort of signing up for a library card he’d be able to take books home for free - any books he wanted - he’d started with the Sci-Fi/Fantasy section. That was how he had learned about the peculiar, protective nature of moving water.

Earthborn magic can’t reach you when you’re over a body of water. Spells get washed downstream. A bridge or, on this case, a dam, lies stretched between worlds. A liminal place. He’d learned that word recently - liminal. Last week, he’d started in on the Psychology section and Carl Jung.

This dam seemed like a safe place to Nelson. A powerful place even. He expected that one day he would walk off it to discover an alternate Anneville to the one he was in now, where the people and places were almost the same but not quite.

He pulled his hands out of the pockets of his hoodie and spread his scrawny arms wide, stretching against the damp and cool and hopped down from the rail. He checked his phone.

He swung a leg over the beat up ten speed he’d salvaged from someone’s garbage and checked that his trash bags full of the cans he’d collected in the night were still securely fastened. He’d spray painted the bike neon orange and was slowly covering the frame with black designs he drew on with permanent marker. This bike meant freedom and he’d spent actual money from his hoarded cache to purchase a quality lock. He knew first hand how easily things could be stolen.

His body warmed as he wheeled off the bridge and stood on the pedals to climb the streets away from the river. Maybe he’d head over to the bakery on King where they sometimes left a bag of day olds out behind. Sometimes he scored a perfect sourdough loaf that he could take home to his mom. She loved a good sourdough.

His feet found their rhythm and a song of joy rose in his heart as it always did when he sped through the empty streets and alleys in the early morning light. He couldn’t understand why more people weren’t out at this hour. It was the best time of his day, the time when he felt most connected to the larger thing - the thing behind all things. The thing that drove him to pursue knowledge of it, whatever it was, in the books of the library.

He sat upright to put in his ear buds and scrolled until he found the copy of Vivaldi’s Four Seasons that he’d recently downloaded. He cued up ‘Spring’ and turned the volume past the recommended level.

It was a lovely morning in Anneville and the tremulous violins underscored the early sunlight creeping over trees and sidewalks and quaint storefront facades. A flock of pigeons burst into motion as he rode through them, skirting the market area behind city hall. The white stone of the city hall building was brilliant with reflected light, looking exactly like the beacon of hope and integrity that its architect had intended it to be.

He was almost through the square when the motion caught his eye over by the city’s dumpsters. Someone was heaving official looking boxes into the dumpster. They were moving quickly. Furtively even.

Nelson continued across the square but once out of eyesight he doubled back and stopped just around the corner and watched. The man with the boxes looked familiar. He was a short man, mid-fifties maybe, black hair receding away from a growing bald spot, dressed in a navy pinstripe, three piece suit that looked like he’d been wearing it for a few days. It looked like he was saying something.

Nelson took out his earbuds and listened.

Nelson recognized him now. This was Al Dunnwold, Mayor David Larsson’s right hand man. Or goon, depending on who was talking. He was always lurking in the background of photos in the paper.

Photos. Nelson remembered the photo that his buddy Clyde had sent him on the weekend. It showed Larsson and some other guy rolling around in a pile of manure, throwing punches. Clyde said Larsson had come into the store he worked at in Karlstad just before this took place.

Jerk times twelve, Clyde had texted. Gave him the finger.

Could this be related?

Nelson switched his phone to camera and took a few shots of the stocky henchman heaving brown boxes into the dumpster. You never know what might be useful.

Then he turned his bike back toward the bakery, replacing the earbuds and allowing his soul to sail on the rising music and the golden morning full of promise.