This is the third installment of my Miscellaneous-Writing series. As
said before this is a old english assignment I found in my google drive.
Hope you enjoy!

P.S. Futurtopia#4 should be done and posted on monday or tuesday. 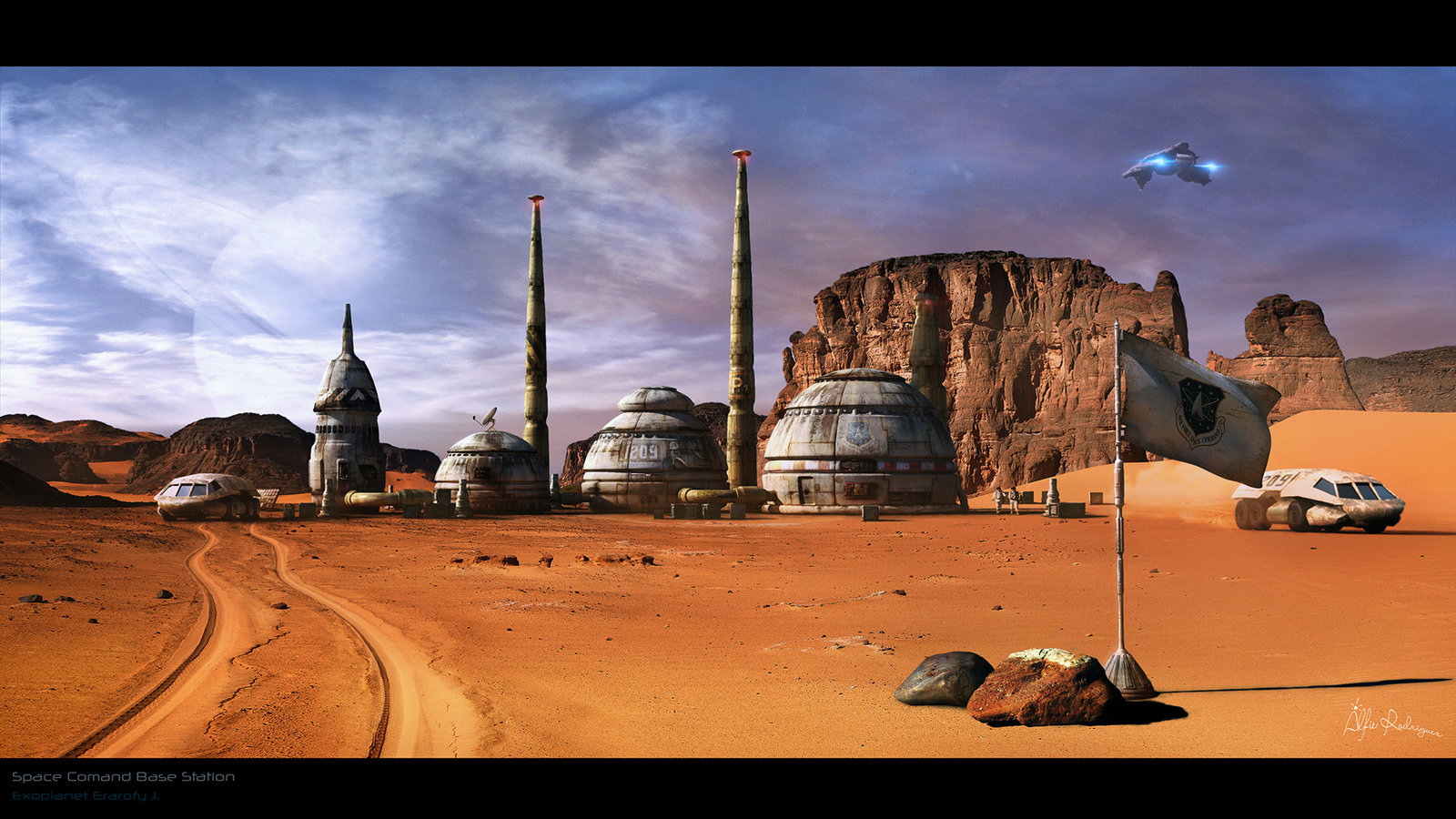 Damian awoke to an unpleasant throbbing in his head. He looked around
his room dazly and looked at his clock which displayed the time 12:40
PM. Suddenly Damian jolted out of bed and called out, “Sparrow what time
is it?”

Sparrow replied with its disembodied voice, “It's 12:41 PM UTC time.”

With slight anger in his voice Damian said, “Why didn't you wake me up
at 7:00?”

“You almost suffocated in the ruins yesterday, so the rest of the crew
decided to let you get some rest.”

Damian did slightly recall his team and him exploring the ruins they
found near their landing site yesterday. Almost dying does help explain
a little the headache he woke up with. Luckily the headache did seem to
be slowly going away. He reached over and pressed a button on the wall
which was right next to a large indented part of the wall. A quiet
metallic hum expelled from the wall as metal blinds slowly revealed the
outside world. Light streamed through the reveled window blinding his
eyes for a moment. He looked out to see the the vast landscape of
Moyauburn. It’s hills reminded him of swirled sherbet ice cream which
bobbed out of the swirling red,brown and orange landscape of Moyauburn.
The sky also seemed to be swirling around with its faint orange hue.

He reflected on what got him to where he was now. He was glad that he took
up the offer which the Explorer Corp gave him to be apart of the crew of
the SC Sparrow. He always liked the idea of being able to participate in
the discovery of advanced alien lifeforms. So far their trip to Moyauburn
has been going pretty swell. He was enjoying the captivating
landscape of the planet and they also have managed to find what looked
like the remains of an alien civilization. Damian was enjoying
contemplating, but decided it would be a good idea to catch up on the
daily chores that he was likely behind on.

Damian was sitting in the ship’s cafeteria/lounge room eating his late
evening meal and chatting with Haydon; one of the of the other crew
members. Everything was normal as always, but suddenly there was a
ear-piercing explosion which shook the ship. Haydon dropped his fork
which he was about to put into mouth. While at the same time an alarm
started wailing throughout the ship. Damian managed to get up before
Haydon for he was still stunned by the spontaneous situation. Damian
quickly sprinted toward the location the sound of the explosion came
from.

“Depressurizing engine room.” The ship echoed robotically throughout the
corridor.

Damian called out to Sparrow “What caused the explosion?”

Sparrow replied “The engines were performing optimally. There is no sign
of what caused the explosion.”

Sma chimed in “Yep it looks like the engines were performing normally
but then there's the explosion and the room goes off line. We still have
backup generators but it looks like we're stuck here”

“We still can call for help right?” Damian asks Sma

“Were too far away from any outpost and another Explorer Corp ship won't
be near here for another 10 days. So we'll just have to wait it out.”
Damian felt a headache starting to form. “I’ll check the footage from
before the explosion maybe that can help us figure out what happened.”
While she tried pulling up the footage Damian could feel his headache
getting worse. “Huh that's weird” Sma said quizzically.

“Its missing…..like its been deleted”

Just then a distressed shaky voice came over the nearby intercom “Sma
something's in here! In the ship. Someone screamed….I saw it run toward
me”

“Joie what are you talking about!” Replied Sma

Quiet now the voice said “It's here...I can hear it. I think…..” There
was a pause then one could hear a gut-wrenching scream of agony crackle
through the intercom.

“We need to get out of here!” Sma said to Damian.

“Where are we supposed to go?”

“I don't know but we need to do something” She looked at him for a few
seconds but her eyes started to widen . She gave him a look of alarm but
also horror. “There’s something on you”

“What do you mean?” Sma looked past his shoulders as she start to back
away. “Sma!”, but she started to run in the other direction. Damian just
stood there unsure of what to do. He was petrified of what he may find
behind him. With a quiver in his voice and while closing his eyes he
said “Sparrow show give me a mirror on this panel.”. He slowly reopened
his eyes while his heart pumped rapidly. He could only see something
light brown and almost slimy looking slightly above his back but he
couldn't make out what it was. However directly behind him out of the
corner of his eye he could see a figure which made him quickly turn
around.

He could almost feel his heart stop as he stared at a creature
almost as tall as him standing across the corridor. It had a tangled
mess of several long legs which dripped with slime. In fact its whole
body resembled an octopus except for its two betty black diamond shaped
eyes and it's lacking suction cups. It also resembled the landscape of
the planet Moyauburn with just as many brown swirls upon its body.

In Damian's surprised the creature croaked out english words in a very
raspy voice. “You shouldn't have came here”

Damian replied in a shaky voice “What are you talking about? We mean you
no harm”

“O but you do. We know what Explorer Corp wants. We wouldn't be their
first.”

“What are you talking about?”

“We we were warned by the survivors of another species from another
planet. THE EXPLORER CORP. DESTROYED THEM! They took many of them and
then took the planet for themselves”

“No that can't be true” Damian said but he new it had to be.

“But you can't, please let us go!” He could feel something wet on his
shoulder. He slowly looked over at his shoulder as the wetness travel up
his neck and head. He tried to scream but he couldn't. He could see two
brown tentacles going around his neck and rubbing up against his ear. He
tried to run but he couldn't. More tentacles covered his face and he
could feel an odd weight lay on his head. He could feel slim oozing down
his face and neck. He finally managed to scream but it was muffled by a
cascade of slime and tentacles.

My Futurtopia Series
- Futurtopia#3 - How blockchain will revolutionize the world!
- Futurtopia#2 - Living forever?
- Futurtopia#1 - Neural Lace (How Society Will Change)
If you like the article please give it an upvote! Also follow me if you like this content.

Hi I enjoy your page,,followed