My SMT Testnet witness is back online! (+ Appealing for votes)

It's aliiive and producing blocks again now in position #14 on the testnet :) However ... Despite the great testnet setup guide from howo trending recently I'm kinda dissapointed to see that it's literally only @drakos and myself (outside of Steemit Inc) producing blocks on the latest testnet.

A few earlier versions of the testnet, had some issues that crashed the network.

I'm writing this both to hopefully remind/encourage/guilt more witness participation , and to awkwardly shill my own witness since I dropped to rank 21 a few days ago :( 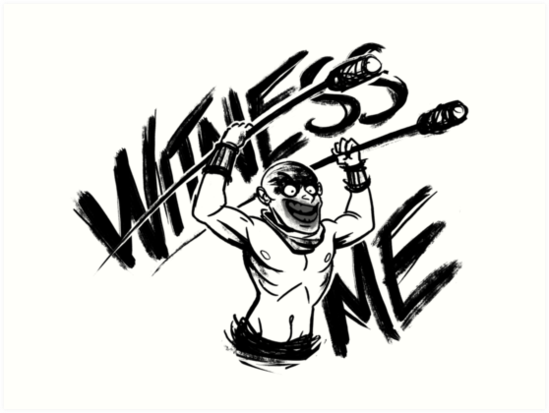 Why to vote ausbitbank for witness

How to vote ausbitbank for witness

You can vote at https://steemitwallet.com/~witnesses - just scroll down for ausbitbank around position #21, and click upvote.

Great to hear issues were resolved, must be honest in saying stuck with both even after noticing the dip, sometimes it's good to go with gut feeling noted your work is off independent from Steemit Inc.

Keep up the good work! Thanks for feedback, always appreciated from Witnesses.

@joanstewart you have received 20 ENGAGE from @contrabourdon!
View and trade the tokens on Steem Engine.
This tip bot is powered by witness untersatz!
$0.00
Reply
[-]
chrisrice (58) 18 days ago

I am part of a group building a Steem-based DAPP here in the Philippines and I want to tell our team about it but I'd like to tell the developers what it is as opposed to having to ask them.

It's a REST API implementation using this software from @emrebeyler , serving up data from a hivemind database for use by Steem DAPPs .

This link shows the documentation for the Tower/Hivemind API service for more specific info on how to use it https://hivemind.steemviz.com/

I will share your service with our developers this Friday.

Thank you for doing good work for the Steem blockchain 😊

I'll give you a witness vote!

Thank you very much thats a massive boost :)

Thx for the support

You are Always welcome Dear

I'm assuming that this is the same as regular witness voting- if it's not let me know so I can give you a vote. I also gave @drakos a vote.

It is, thankyou for your support :)

It's the least I could do for all the support you've given me over the years!

Will check if I'm voting on you with all my accounts ;) thank you for your work!

If this is going to be favorable, then I'm giving my vote

If this is going
To be favorable, then
I'm giving my vote

I have no clear understanding about SMTs @ausbitbank but it really sounded a good news :D
Keep it up Sir.

Just supported you with my vote!

The pleasure is mine :)

You'll got my vote because of you indipendence, because of your humanity and because you support music. Upvote and resteem. And hope to work with you to create a cross-chain with 6,000 Indie artists from Musicoin

Thanks ! Feel free to reach out via the SonicGrooveLive discord regarding Musicoin :)

Good post, hope you make it back in the top 20, I see that my proxy does have you selected, so that was nice to see. Testing is something that really needs to be taken seriously and I am glad to see you and @drakos in there testing. The last few Hard Forks testing did not go so well, so you two getting a head start on it is great to read and I hope more witnesses take some time to test.

Thanks - I'm pretty stoked to see I jumped back up to 17 since posting :D
I agree, hopefully this next fork goes smoother then the last

Glad you are still here doing awesome things. I still don’t get how SMTs will be different from the current tokens at steem-engine, anywhere that explains it for the technically uninclined?

Congratulations @ausbitbank!
Your post was mentioned in the Steem Hit Parade in the following category:

Followed and voted. Seems you're up to position 13 now! Keep up the good work, for which i thank you.
Namaste
Atma
#thegreatliberation is coming

I was producing blocks on the earlier test net but have not put a new witness up on the latest one (yet). There was six witnesses on it, but only 3 were setup to produce blocks at the time.