My Witness Proposal and Announcement 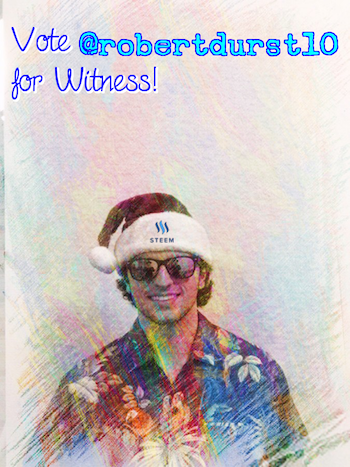 I want to thank @someguy123, @klye, @thecryptodrive, and @netuoso. Without their guidance (via tutorials) I would have never figured this out.

I have never really done a serious introduce yourself post. Originally I intended to keep a little anonymity, this is crypto after all right? However, now that I am running to be an elected member of the community, I think it is important the community knows who they are voting for. Here is a post with a longer introduction of myself. In this post, I will just include a quick intro:

I am a developer. I am a fisherman. And I love crypto and Steemit!

I am a 21 year old (making me the second youngest witness???) taking an unplanned gap year after my first two years at Colby College in Waterville, Maine. My life seems to be at a sort of crossroads and now I am deep into Steemit running for a witness... I am done trying to figure out what life has in store for me and instead riding out the waves, just doing my best each and every day. And unsurprisingly, life has become a little more freeing :)

Five months ago, I sat in a hotel room in Portland, Maine with a couple college buddies after a long day at the Startup Experience Workshop. It was a Friday night and the brews started to work their magic.

The conversation became lively and took a sudden twist, "Hey Rob, how about that Bitcoin?" Going into my usual "I think blockchain technology is the future, but I do not understand the economics so don't take my investment advice" response, the new kid in our makeshift group for the night spoke up "Hey Rob, check this out!"

The Bates kid (I go to Colby College and Bates College is our rival) pulled out his phone and showed me a listing of the cryptocurrencies ranked by daily transaction volume, "My buddy's crypto is ranked ninth" he slurred showing me Steem.

Yup, I learned of Steem in a hotel room drunk with a stranger from my rival school.

A couple days later, I joined Steemit and wrote my Introduce Yourself post.

What Can I Bring As a Witness?

Besides optimism, enthusiasm, and dedication, I bring a few tangible things to the table:

Why Vote for Me?

As a technologically savvy 21 year old on a gap year, I have the time, resources, and knowledge to keep a functioning witness node running. I am very involved with SteemitBC and accessible to the Steemit community on Steemit.Chat (cryptorob), the discord (cryptorob), and SteemitBC slack (robertdurst10). I also spend way too many hours a day on Steemit, so if you leave a comment I will get back to you within a few hours.

So bottomline, I am involved, engaged, enthusiastic, tech savvy, and accessible.

I am using Privex's service.

A couple months ago, I had the incredible opportunity of attending the 2017 MIT Bitcoin EXPO. The biggest takeaway from this event was one of the talks on "The Perfect Size of the Bitcoin Network." Towards the end of the talk, the speaker ended up going on a short rant about the importance of running a node. He emphasized how running a node essentially gives you a vote, and by not running a node you are at the mercy of those who do. Ever since then I have been Hell Bent on running my own node.

Well, to be honest, I don't care much about Bitcoin, or Ethereum, or any other a crypto for that matter... the crypto I really care about and am involved with is Steem. So, I am incredibly excited to begin my witness node and be able to not only cast a vote and have a say in the blockchain consensus, but also represent some of you at the same time!

I hope you consider voting for me! Have any questions, concerns, or simply want to say hi, catch me on Steem.chat or comment below. Cheers and Steem on! 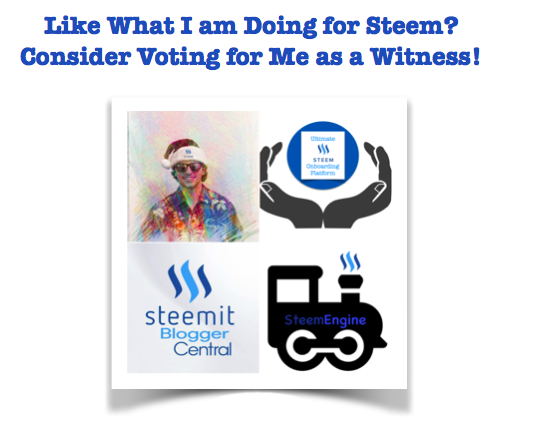 To vote head over to https://steemit.com/~witnesses.

we need more active witness you have my vote

we could really need more witness that know how to patch / update their machine , you have my vote :)

Good to see you decided to run as witness bro.
You got my vote, and best of luck :)

Hello @robertdurst10. Welcome to Steemit. I am David. I wish you have a happy journey here.

I voted for Robert because he has been extremely helpful and productive in our group SteemiBC. He's young (lucky bastard), bright and he get's things done. Also he's IT fluent! He'll will make a great witness for the community.

upvoted, resteemed and voted you for witness .. :)

Welcome to the team. Excited to see what the mind of yours creates for us!

Congratulations! This post has been upvoted from the communal account, @minnowsupport, by cryptorob from the Minnow Support Project. It's a witness project run by aggroed, ausbitbank, teamsteem, theprophet0, and someguy123. The goal is to help Steemit grow by supporting Minnows and creating a social network. Please find us in the Peace, Abundance, and Liberty Network (PALnet) Discord Channel. It's a completely public and open space to all members of the Steemit community who voluntarily choose to be there.