From the Firingi Ghat of Chittagong at 7:00 in the trawler, we went to the two trawlers to Kutubdia. Kutubdia should be in the trawler to get full enjoyment of the journey. Till the morning, the two trawlers were standing in front of the passengers to take the passengers. At 7pm, Ghat left for Kutubdia's Durbarghat and Barghorghat Ghat. It's good to go for a convenient place before going. Otherwise, many will have to stand up or stand on their neck. Rent per 100 taka

After the commencement of the journey, after seeing the ship of Anhimitra Ghat, Naval, and the ship's anchor ships, once the open sea crossed the estuary of Karnafululi. When a little wind blows, the waves of water will be dragged into the trawler. (Many people stand up despite a mediocre restriction, should never stand without balancing, fall or be in danger of themselves or others). When the sun rises, it is like watching the scene around the sun. Reflecting sunlight especially in the water.
Of course, it was not good luck to see the Sun's face long enough that day. 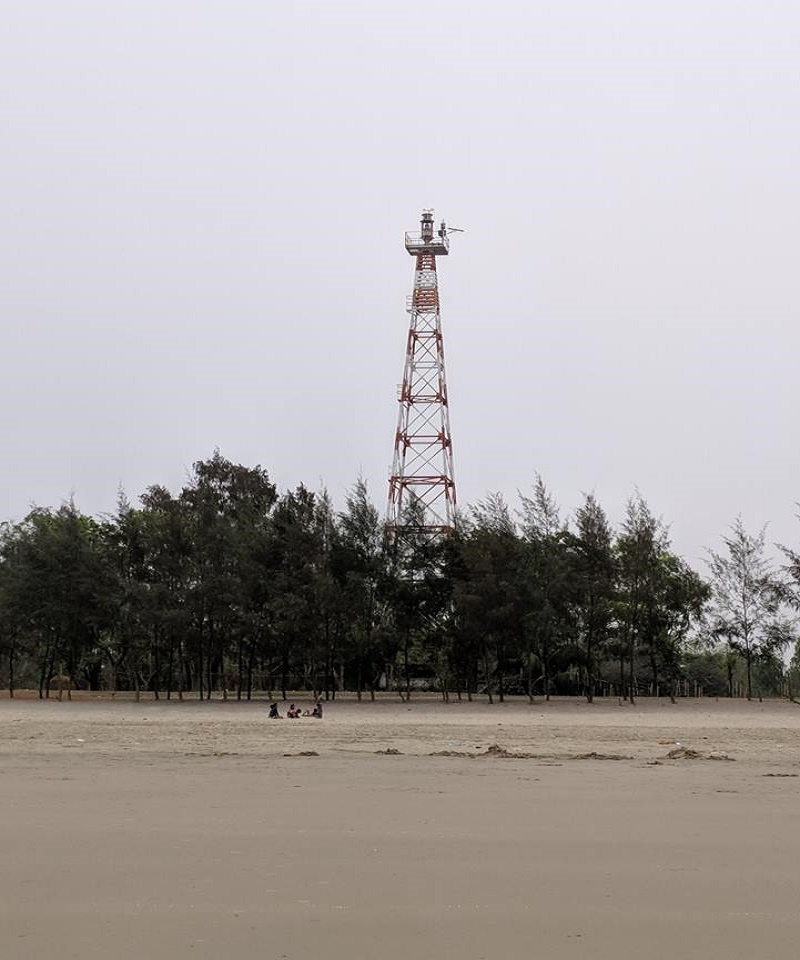 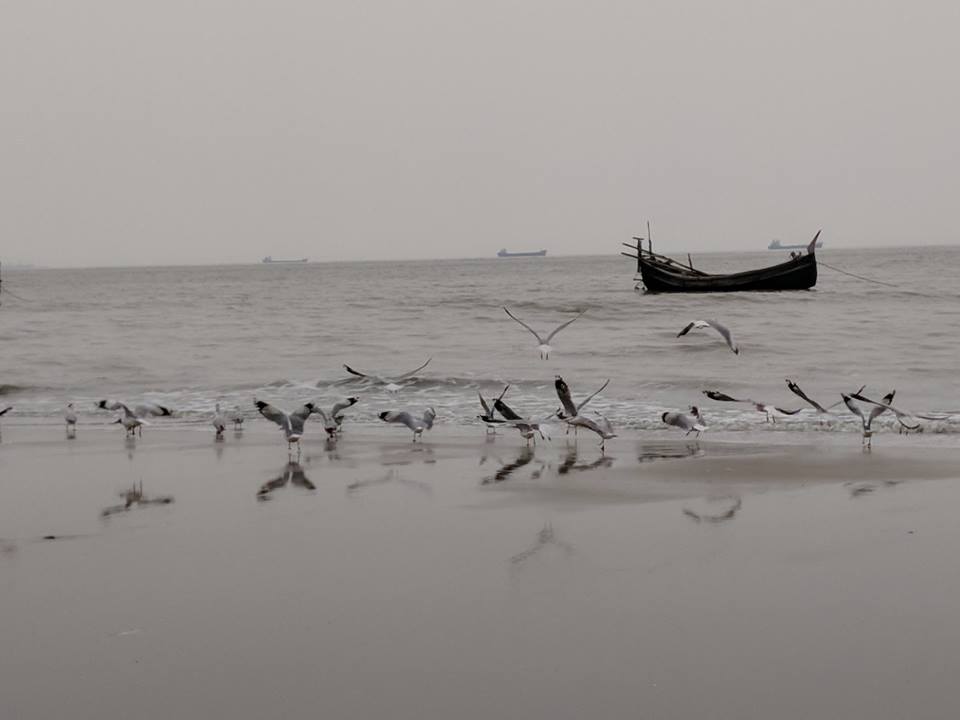 The beach, the big ships stuck on the beach, some fishermen, some 5 hours after the Sangu River crossing the estuarine in Kutubdia's Darbar Ghat. It took more time, usually takes 3/4 hours.

Battery rickshaw, auto and tempo are seen in the Darbar Ghat. Rickshaw is the best way to move around the island. The reserve can see the lighthouse, adjoining beach, then the wind power station and adjoining beach on the south side of the island. 3/4 hours enough to see the whole.

Kutub Sharif will pay a visit to the shrine of Kutub Sharif to pay a 40 rupees rent from Rakhshaya Kutub Sharif. On the way to the side of the salt fields, a green field inside Light breakfast in darbar market (big bazaar is good for lunch), bathing in the pond adjacent to the shrine, visit to the shrine and rickshaw reserve after zuma prayers. Although there are some rickshaws before prayers, after almost half an hour, after getting the prayer, we get rickshaws. The main tour begins at Lighthouse at 400 taka, 15 minutes at the beach and in the wind power agreement. The rickshaw driver, who has to pay ten minutes to rent, does not think that he will offer a surprise proposal.

After the old lighthouse broke down in the ocean, the new lighthouse has passed a few months, but in the banner we saw the inauguration of the port city's Lighthouse today. : p Results Lighthouse adjoining area decoration. It's good. :) There may not be any feeling in seeing the present lighthouse, but the adjacent beaches are wonderful, small embankments and chillers crossing the Zhaban, when the beach, then why will not it come as before. Sandy beach on the one hand, and behind it or right-handed Zhabn. Just looking at that feeling is just like feeling good, not to express it.

Congratulations! This post has been upvoted from the communal account, @minnowsupport, by monirulislam777 from the Minnow Support Project. It's a witness project run by aggroed, ausbitbank, teamsteem, theprophet0, someguy123, neoxian, followbtcnews, and netuoso. The goal is to help Steemit grow by supporting Minnows. Please find us at the Peace, Abundance, and Liberty Network (PALnet) Discord Channel. It's a completely public and open space to all members of the Steemit community who voluntarily choose to be there.