Salvador Dali - the master of surrealism

The Spanish surrealist painter Salvador Domingo Felipe Dali was born in 1904 in a Catalan town near the French border. His distinctive work is remarkable and eccentric works in painting, sculpture and graphics. A new look, a new thinking, an almost shocking honest art - accepted not by all, but by all of them remembered. Challenge to the shyness of rational thinking. Dali's first studio was built by his parents, and when he was 13, his father organized a painting exhibition of his son painted with charcoal. This improvised first exhibition is in their home. Two years later the young artist presents publicly his paintings at the Municipal Theater in Figueras. The artistic education that Salvador Dali received at the Municipal Art School was followed by a training at the Academy of Fine Arts in Madrid, where the artist moved in 1922. He is attracted to Cubism, to some extent by Dadaism, in which he experimented. Salvador Dali's own exhibition in Barcelona gets controversial reviews, and a year later he is forced to leave the Academy shortly before completing it, following a statement from his side that he doesn't have a worthy lecturer to take the exams with him. 1926 turns out to be a success story for the young artist who meets with Pablo Picasso in Paris, whose works are admired and influenced by his own. Whether he became more and more popular with his original and "embarrassing" ideas, he gave complete freedom to his imagination and contacts with other artists sharing his abstract world. 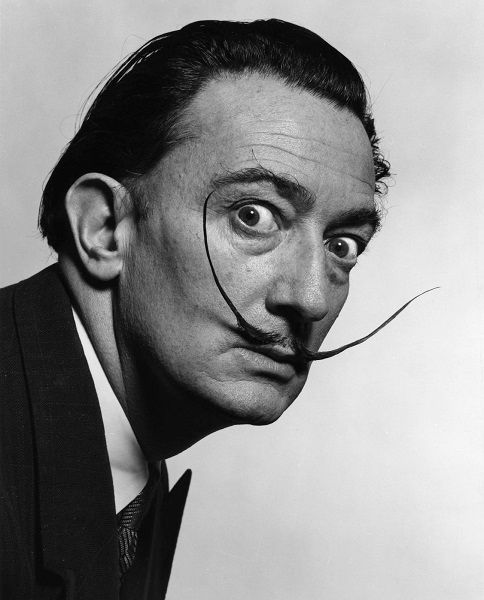 During the Second World War, Dali went to the United States where he spent eight years. Part of what he creates during his time is his first jewelry collection, working with Walt Disney on a film that unfortunately has not been realized, illustrations on Macbeth and Don Quixote, and the release of Salvador Dali's Secret Life - his autobiography , published the second year after the artist's relocation to the United States. (In 1964 he followed the resume of the autobiography - "The Diary of a Genius".) The first solo exhibition in New York was organized in 1933, and three years later, Dali delivered a lecture in London at the International Surreal Exhibition, dressed in a diving suit. In London, he also meets Sigmund Freud and makes many portraits of psychoanalyst. Symbolism is actively present in the works of Salvador Dali. The distinguished "flowing clocks" are for the first time present in "Memory Stamina" - thematic with Einstein's theory that time is relative rather than fixed. Elephant and egg are other distinguishing symbols in the artist's works. Whether he is the author of more than 1500 paintings, illustrator of many books and creator of graphics, sculptures, jewelery, as well as film and theatrical sceneries, clothes design and more. By the time he draws this painting he is under the influence of Fad. As a style, fauvism has been successful in expressing the power of the Mediterranean light and the heat with strong grease and large shapes, which is also evident here.
"It's a spacious white-washed room on the top floor of a miserable fisherman's house. When I first entered it, it was full of ants, it was packed with anchovy jars, wine barrels, and dirty, piled clothes ... The roof could fail every moment. It was very picturesque, but terribly dirty and a little awful ... At the bottom and there was a balcony that revealed a view of the sea - very blue and quiet ... " 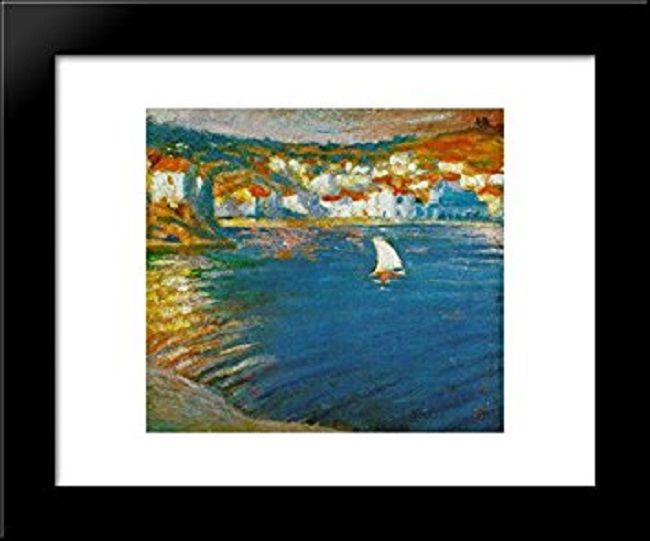 By using an unambiguous impressionist technique here, Dali expresses the Land of Kadakes with his feelings of Kadakes, which he recorded in his diary in October 1920. Judging by the shadows falling down the buildings in the distance, we see Kadakes late in the afternoon. The white canvas of the boat serves as the backbone for the picturesque architecture, because without it the image would look extremely dimly and out of focus. Is there, in this town with white houses and idle days, I dedicated all my skills to art and painting, and I lived like a crack, drawing and learning, falling in love with nature, which is also art, watching the dawn of the humid sand on the beach ... As he generously reveals this painting has almost photographic realism. Bread has always been one of the oldest and most intrusive topics in my work - a topic I have been most devoted to ... Only this typically realistic work satisfies my imagination in the most complete way. Here's a painting that has nothing to explain. Complete mystery! 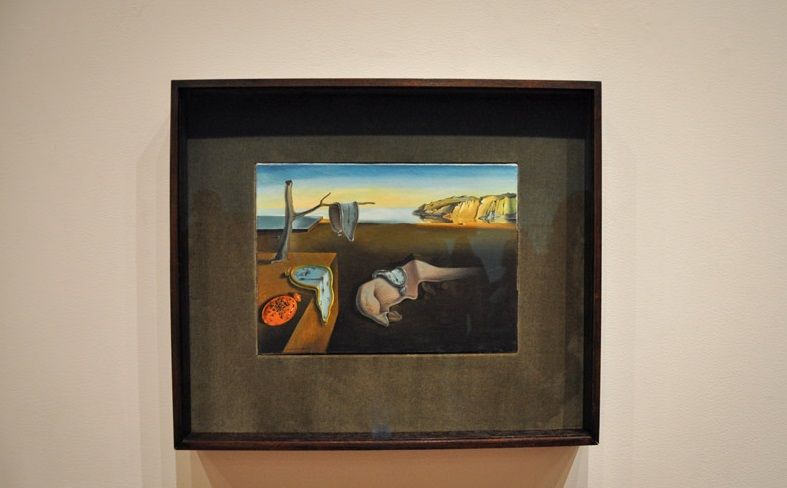 This is Dali's most famous and most liked painting. In "Salvador Dali's Secret Life", the artist reveals "... One evening ... we sprinkled our food with a spicy camembert and when they all went out, I stayed for a long time on the table, pondering over the philosophical problems of the" super soft " idea that came from the cheese. I got up, went to the studio and switched on the lights to have a last look at the painting I was working on right now. It depicted a landscape in the vicinity of Port Ligat, whose rocks were illuminated by a transparent, melancholy evening light; in the foreground there was a dried olives with cut branches. I realized that the atmosphere I had managed to create in this landscape would serve as a set of ideas for some surprising image, but I had no idea what. I just turned off the lamp when I suddenly "saw" the answer. I saw two soft clocks, one of which was sadly hanging on the olive branch. Despite the fact that my headache had become almost unbearable, I prepared my palette and started to work and the painting, which would become one of my most famous works, was completed. "

Thank you for the story about this bright personality!

Dali is my absolute favorite artist. I've been to his museum in St. Petersburg, FL five times. Excellent right up on an amazing artist.

thanks mate. He is also my all time top painter

This post has received gratitude of 6.41 % from @appreciator thanks to: @daydreaming.

Something special about seeing one of his paintings first-hand. I remember the first time I saw his painting in the Kelvingrove Museum in Glasgow 'Christ of Saint John of the Cross'. I just stood in awe for a good 15 minutes.