The storage mechanism of the honey ant (Myrmecocystus mexicanus).

Like all ants, they communicate through pheromones and touch, a part is characterized by having an abdomen capable of stretching to store enough food. they retain so much food that the separated abdominal segments can be appreciated, forming small globes that remain practically immobile, that is why they are asicaladas by the working ants, they do not have wings and as the worker bees have atrophied ovaries that deprive them of procreation. 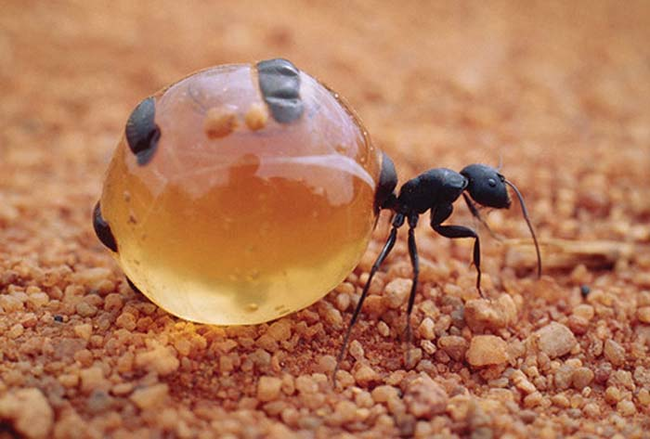 Their responsibility is to safeguard the food that will benefit the colony and the next generation. As summer approaches, a time of food shortage for these ants, merchants begin to extract the sweet capsules before they begin to consume their own reserves.

They live in warm areas and remain in underground chambers that reach up to a meter deep waiting for supplies, here the worker ants come into action, have wings like the males and are responsible for collecting the nectar that will be transported and deposited in the ants that They serve as a storage store, this nectar is similar to honey.

But not only it feeds on nectar, but also on insects that fall like prey and a sugar contributed by the lice of the plants, due to the variety of foods, can distinguish different colors and flavors 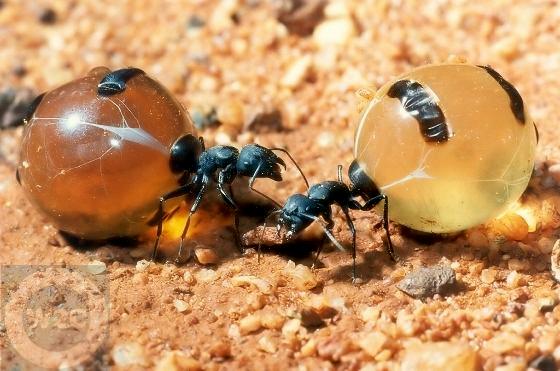 Once they are full, they remain resting on the roof of the burrow, waiting for the hungry ants to use them as a dispenser. The lice of the plants obtain this substance by sucking liquid from the plants, this substance is composed of glucose and fructose, when they acquire an excess of this content they expel it on the way as a ligamase and are picked up by the ants. Another way to acquire this sugar is through stimulation and is one of the mechanisms that most attracts my attention. The honey ants with their antennae touch the lice so that they proceed to release the content they have acquired from the plants, it can be said that through the stimulus they carry out the work of milking. 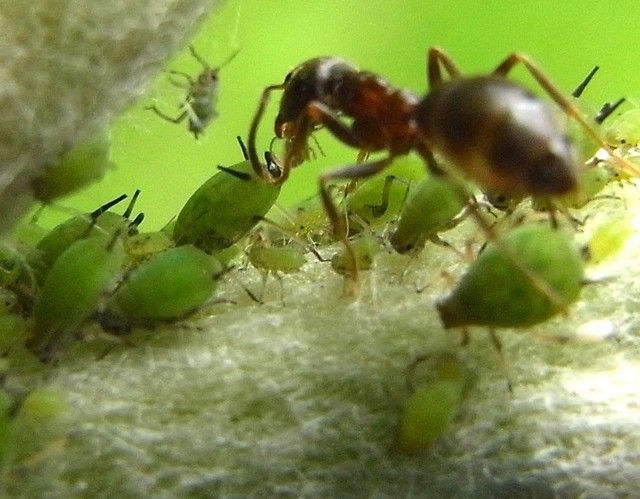 The collecting ant when it wants the nectar that has been stored, simply joins its buccal parts with those of the ant that stores the honey and makes a liquid transfer through the regurgitation.

Submit
$0.51
17 votes
6
Authors get paid when people like you upvote their post.If you enjoyed what you read here, create your account today and start earning FREE STEEM!
Sort Order:
[-]
maurelvys (53)  ·  2 years ago

Good post @nicomax, the ants never cease to amaze us.

I have loved the information you provide, I really appreciate it.