Everything You Need to Know About the PyeongChang Paralympics

This winter, all eyes have been on the 2018 Winter Olympic Games in PyeongChang as the world’s top athletes compete for gold in skiing, snowboarding, figure skating and more. But although Adam Rippon and Chloe Kim may have won our hearts — and some hardware — in the events so far, there’s another major competition coming up that will be just as inspiring. The PyeongChang Paralympics are yet to happen, and they promise to deliver even more ice- and snow-filled drama in South Korea. Here’s your guide to everything Paralympics. 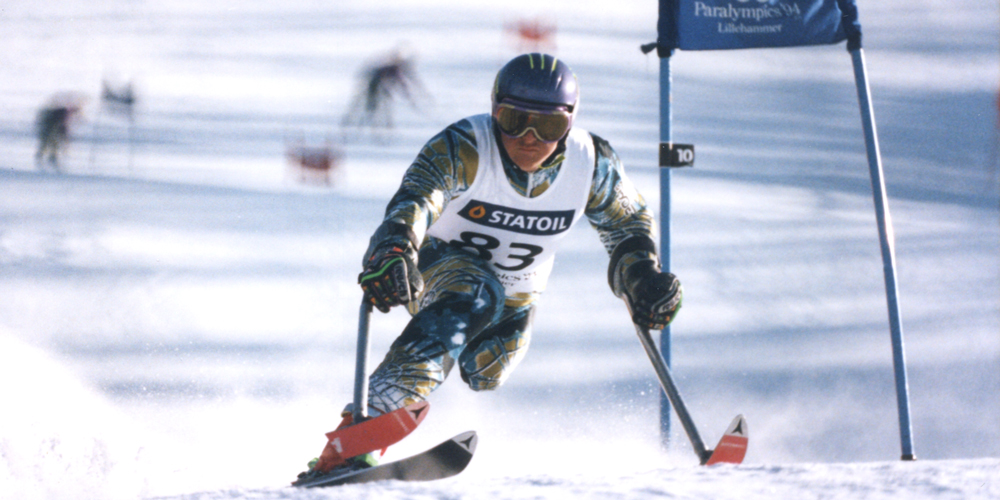 What is PyeongChang Paralympics? When are the PyeongChang paralympics?

The PyeongChang Paralympics will take place in South Korea in, kicking off with an opening ceremony of their own yesterday, March 9 and running through next Sunday, March 18 of this year, making use of many of the same facilities and mountain setups that have hosted the Olympics as well. This is the first time in 30 years that the Paralympics have taken place in South Korea, following Seoul’s hosting back in 1988. Like in the Olympics, the opening and closing ceremonies and snow sports will happen in PyeongChang, alpine skiing will go on in Jeongseon, and all ice sports head to the coastal city of Gangneung. 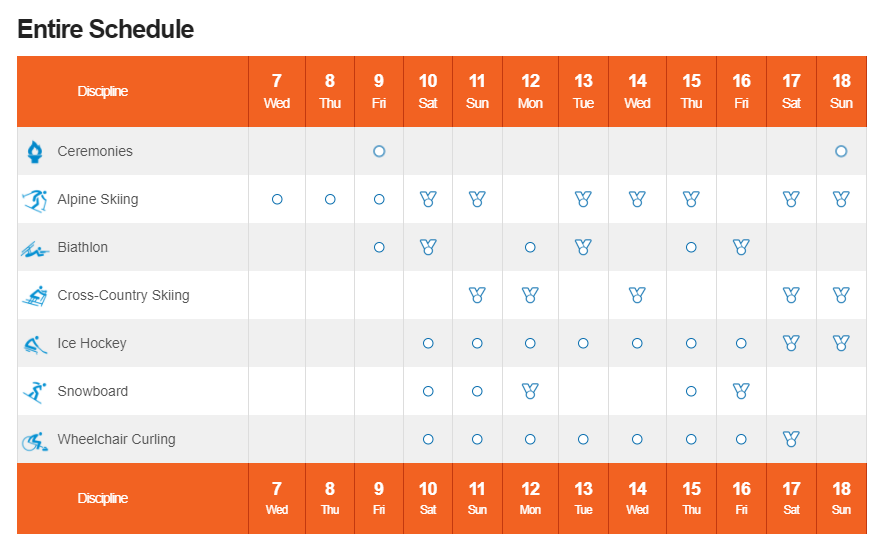 What is the official mascot of the 2018 Paralympics? Paralympians will be represented by Bandabi, an Asiatic black bear, who is the official mascot of the 2018 Winter Paralympics. Mascots are a traditional part of all Olympic Games: this year’s mascot for the February events in PyeongChang is Soohorang the white tiger. Asian black bears are native to parts of the Himalayas, China, Korea, Russia, Japan and India, and are classified as a vulnerable species. They have distinctive markings: all black fur with a white patch on the chest and chin. Bandabi is “symbolic of strong will and courage,” according to the Paralympic site, with his name combining Korean-language references to the white markings on his chest and to the celebration of the Games themselves.

What are the Paralympic sports?

Six sports are played in the Paralympic Games: para alpine skiing, para biathlon, para cross-country skiing, para ice hockey, para snowboard and wheelchair curling. Events include all the usual suspects, from the many variations of downhill and slalom skiing to snowboard cross and more.

Which U.S. athletes will compete in the Paralympic Games?

The ones to watch this year are a team calling themselves the “Three Amigos.” Back in Sochi in 2014, Evan Strong, Mike Shea and Keith Gabel swept the snowboarding podium, taking home all three medals in a historic moment. In 2018, they’re hoping to repeat their Sochi success. On the women’s side, the names to know are Amy Purdy and Brenna Huckaby; Purdy was a medalist in 2014 and a longtime advocate for the sport, and Huckaby is a three-time world champion.

Sled hockey has also been dominated by the U.S. over the last decade, with the team taking gold in both 2010 and 2014. They’ll look to repeat once more in PyeongChang, and come stacked with a veteran Paralympic roster that includes three-time medalist Steve Cash, two-time medalist Nikko Landeros and gold medalist Declan Farmer, among many more. 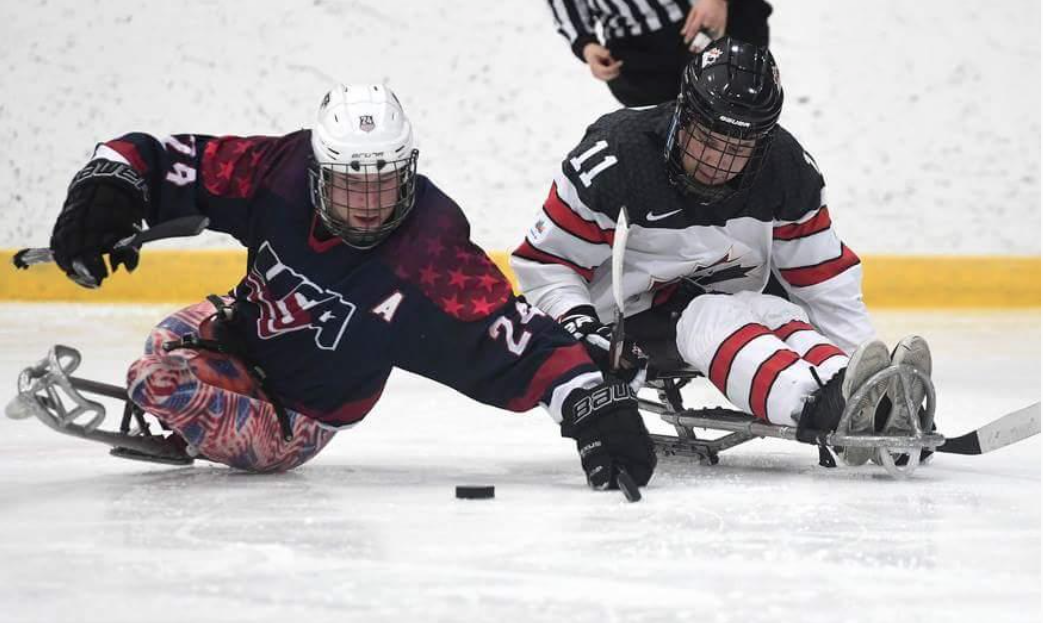 And curling, a sport which has captured Olympic audiences already, becomes wheelchair curling for the Paralympics — with a strong set of U.S. contenders. Relative newcomers Kirk Black and Steve Emt have been having a strong season, and Paralympic veteran Penny Greely will make her third appearance in the Games.

The classification process for wheelchair curling is broken down into several stages. Athletes must submit medical records proving they have an eligible impairment. They are then seen by a panel of classifiers who confirm that their impairment is eligible and assess whether their impairment is sever enough to compete in the sport. Players of a team must made the minimum impairment criteria in the lower part of the body in order to compete. Eligible impairments include: impaired muscle power, limb deficiency such as amputation and coordination impairments. Depending on the impairment classifiers might also measure muscle strength, range of motion, leg lengths or conduct urological and coordination tests. 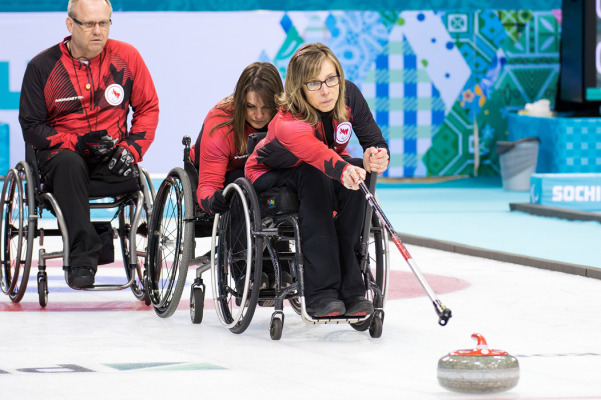 Athletes are assigned a class in Para Snow Sports which indicates their degree of activity limitation. There are 19 classes in Para Alpine Skiing and 15 classes in Para Nordic Skiing. The classes are grouped together into three categories: standing, sitting and vision impairment. every class has its factored time. the higher the degree of impairment the slower the clock runs. The athletes race off together and the clock is adjusted in real time. This means that the clock you see on TV for Para Alpine Skiing and Para Nordic Skiing is not running in real time but at different speeds for each skier according to the factor or percentage assigned to their sport class. This makes the results for different classes comparable without compromising the impact of different types or severity of impairments on competition. there are different factors in alpine skiing for each discipline and in Nordic for both techniques. The factors for each class are shown as a percentage. This is calculated based on results across classes over the course of the previous four seasons which are adjusted using numerical methods. Since its an adaptive sport and there's so many different injuries our bodies work totally different because it just makes it more fair in the competition and also more people to get involved because it makes up a bigger range of disabilities. The classification process for Para Ice Hockey is broken down into several stages. Athletes must submit medical records proving they have an eligible impairment. They are then seen by a panel of classifiers who confirm that their impairment is eligible and assess whether their impairment is severe enough to compete in the sport. Players of a team must meet the minimum impairment criteria in the lower part of the body in order to compete. Eligible impairments include: impaired muscle power, limb deficiiency such as an amputation and coordination impairments. depending on the impairment, classifiers might also measure: muscle sthrength, range of motion, leg length or conduct neurological and coordination tests. 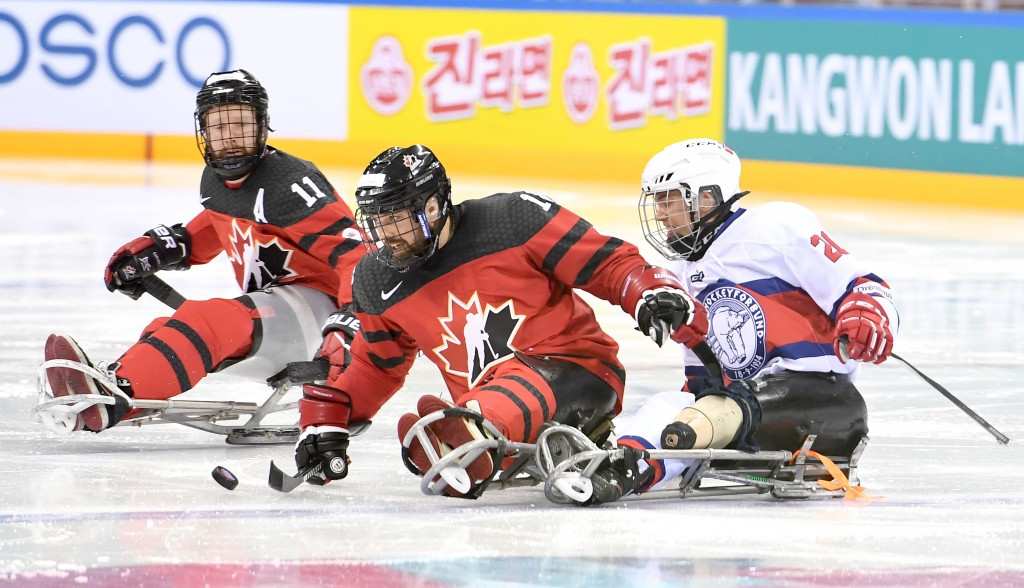 The process of classification in snowboard is broken down into four stages: eligibility based on medical records, physical assessment, technical assessment and observation in competition. eligible impairments include: impaired muscle power, range of motion, coordination and limb loss. Medical records are submitted to prove their impairment in their arms or legs and then the athlets are assesed by a panel of classifiers. there are three classes in snowboard. LL1 is for snowboarders with the most severe leg impairments such as an above knee amputation or a significant combined impairment in two legs. LL2 is for snowboarders with a less severe impairment such as a below knee amputation. UL is for athletes with arm impairments. after the assessment the athlete signs the classification form,confirming that the decision about their sport class has been communicated to them. The process of classification is broken down into four stages: eligibility based on medical records, physical assessment, technical assessment and observation in competition. to compete as a standing skier in Para Alpine and Para Nordic skiing, athletes may have different eligible impairments that affect one or more of their limbs. For example, athletes could be missing a hand, arm or leg or have impaired muscle power or coordination impairments. Athletes may choose to have support personnel such as their coach present at classification. The athletes are instructed to perform to the best of their ability. for standing skiing there are 11 classes in Alpine and seven in Nordic skiing. 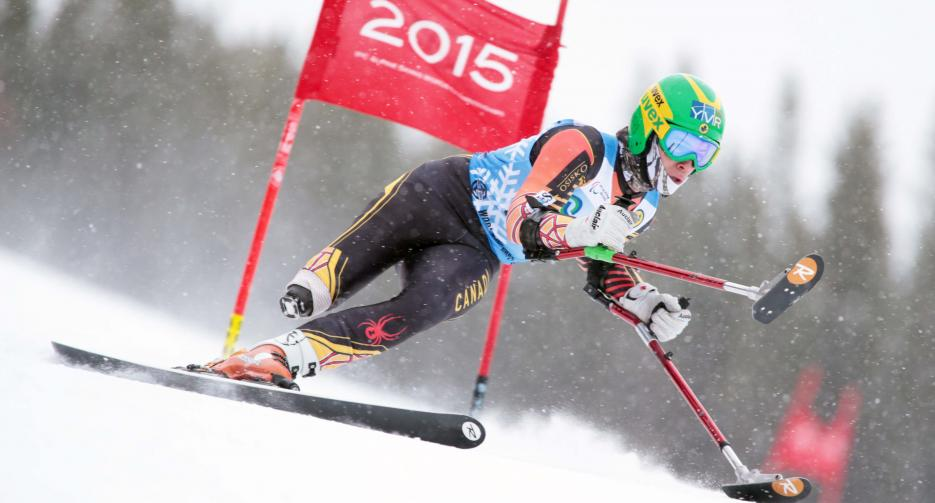 The principle of classification in Para Alpine skiing and Para Nordic skiing is identicle but the two sports have a sport specific classfication system in place. the process of classification is broken down into four stages: eligibility based on medical records, physical assessment, technical assessment and observation in competition. once they have submitted medical records which show that they have an eligible impairment that affects their legs, athletes are assessed by a panel of classifiers. they test how limited the athletes activity is and decide in which sport class the skier will compete. they also decide whether they need to be classified again. In Para Alpine skiing and Para Nordic skiing there are five sport classes for sit skiers. Sit skiers within one class may have different impairments. In the final of the classification process some athletes are observed in competition. If the findings do not match the earlier assessments the athlete can be called back in for re-evaluation. depending on the impairment type some athletes will be required to be classified several times throughout their career. some impairments change over time and junior athletes may not have fully developed at the time their first classification. Athletes with a vision impairment are classified using the same criteria across all Para sport. The process of classification is broken down into two stages: eligibility based on medical records and physical assessment. these medical records are submitted to prove the athletes impairment. trained classifiers who are either ophthalmologists or optometrists and test the athletes vision and their visual field. This test assesses how sharp the athletes vision is. There are three categories: B1, B2 and B3. B1 is like completely blind. B2 athletes have better vision than athletes competing in the B1 class. They are unable to recognize the letter E from a short distance or can have restricted visual field of less than 10 degrees diameter. B3 athletes have the least severe vision impairment eligible for Para Alpine and Para Nordic skiing. Eligible athletes either have a restricted visual field or less than 40 degrees diameter or low vision.

Not all people without disabilities can do these sports neither with disabilities. They believed, that's why they can. It's the strength they use.

'The only disability in life is a bad attitude.'

Special thanks to Google, they made a doodle about the Olympic. Because of it I was able to explore, learn and share all the information about the Paralympic.
Special thanks also to this video Paralympic Games Youtube Channel, they played a live Opening Ceremony which made me more curious about the olympic. If you want updates from the Paralympic just click the link here

Submit
$2.99
104 votes
0
Authors get paid when people like you upvote their post.If you enjoyed what you read here, create your account today and start earning FREE STEEM!