It stretches from Riversdal in the Western Cape to the Fish River in the Eastern Cape. There are also small pockets in Mpumalanga and KwaZulu-Natal. It is not recognized internationally as a biome because it contains vegetation from neighboring biomes such as forests, fynbos, grassland, savanna, Nama Karoo and Succulent Karoo. In South Africa, it is of great ecological importance as a natural gene bank for many biomes. The Spekboom is beyond doubt the miracle plant of the Sundays River Valley and the Eastern Cape. The center of The Spekboom region is found in the Addo Elephant National Park.

Spekboom: The Miracle Plant of the 21st Century 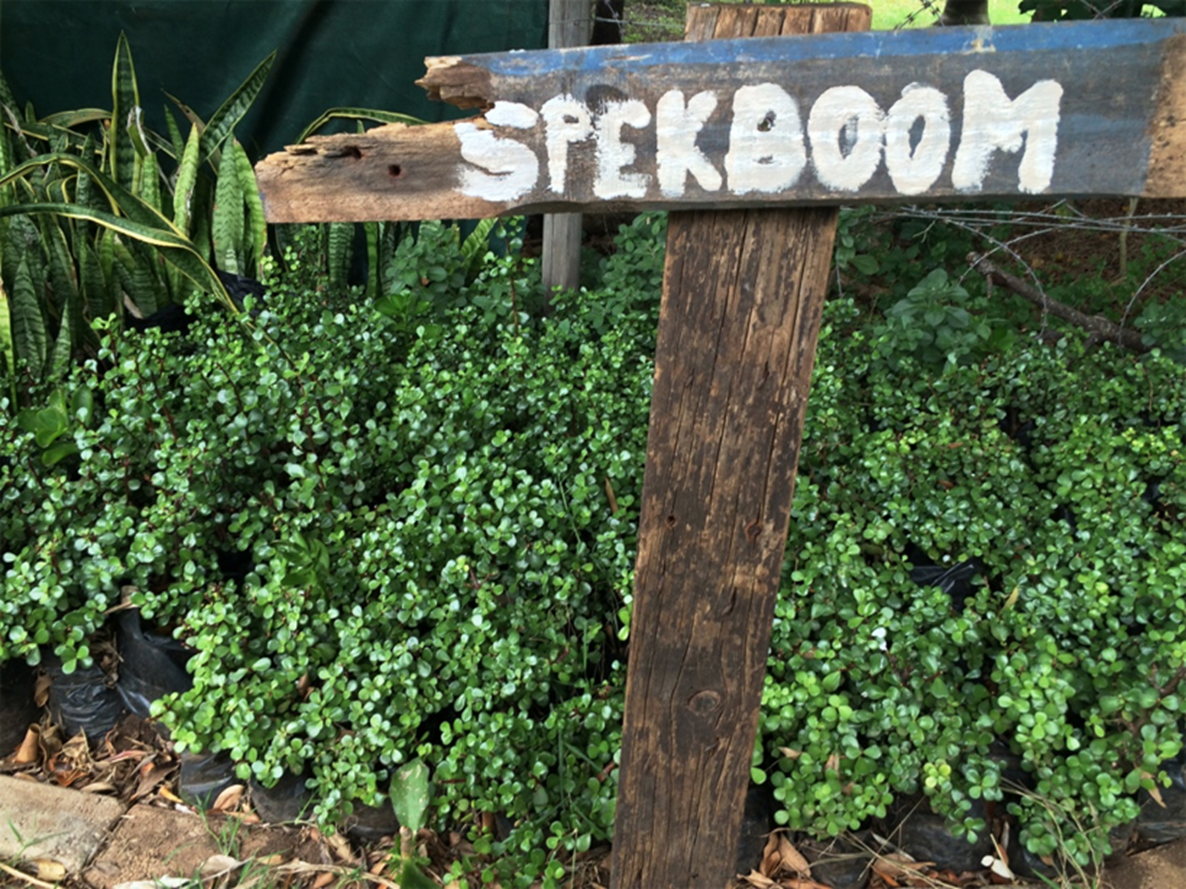 Image credit
A good example of a thicket can be seen in the Addo Elephant Park, the Baviaanskloof Nature reserve, and The Great Fish River Reserve. Thicket is easily recognized by the abundance of spekboom, Aloe species and Euphorbia species. The Xhosa name for a Spekboom is iGqwanitsha. The Spekboom is also known by its descriptive name in English as Elephants Food, as it forms up to about 80% of an elephants diet and one elephant can eat up to 200 kg of Spekboom leaves a day.
Elephants strip almost all the leaves off the Spekboom tree, but it will soon sprout new growth. The broken and down-trodden branches also develop new roots and will grow again as part of the thicket. The Spekboom will flourish if it is grazed from the top, this prunes the Spekboom and encourages new growth below. Because only the canopy is browsed, the lower branches droop down to the ground where they develop roots and spread into new plants by vegetative new production. These drooping branches also create shelter, hummus and an ideal micro-climate below and around the shrub, for a variety of smaller types of vegetation to become established.

Since the introduction of goats in Africa, and more recently, mohair-producing Angora goats, 46% of Spekboom veld has been degraded to a point where natural re-growth can no longer occur. Overgrazing by goats and sheep saw the destruction of large areas of Spekboom in the Eastern Cape. Goats and sheep browse the lower branches into small stumps and thus destroy the Spekboom and the micro-climate under their protective thickets, and this prevents vegetative reproduction. Because of the low rainfall in the area, seeds cannot germinate on the dry and barren soil surface. This blot on the landscape is clearly visible on many of the farms. The Spekboom is a herbaceous shrub and the only species in its class and restricted to the South Eastern regions of South Africa.

Addo National Elephant Park is the center of The Spekboom region Spekboom (Portulacaria afra), known in Xhosa as iGqwanitsha, and Elephants food. The Spekboom is regarded by botanists as a "superplant". It grows up to 2 meters tall, is a succulent that has extraordinary carbon storage capabilities. Spekboom veld can store up to 20 kg of carbon per square meter. As a carbon sink, Spekboom veld is as sufficient as a forest. Spekboom achieves this efficiency by switching from the usual photosynthetic pathway (C3) to a water-saving CAM-water-saving pathway during very dry periods. This allows it to continue to grow and store carbon even in times of drought. The ability of the Spekboom to sprout from re-planted truncheons (slips), without the need of irrigation or cultivation in a nursery, makes it the ideal plant for rehabilitating degraded land. 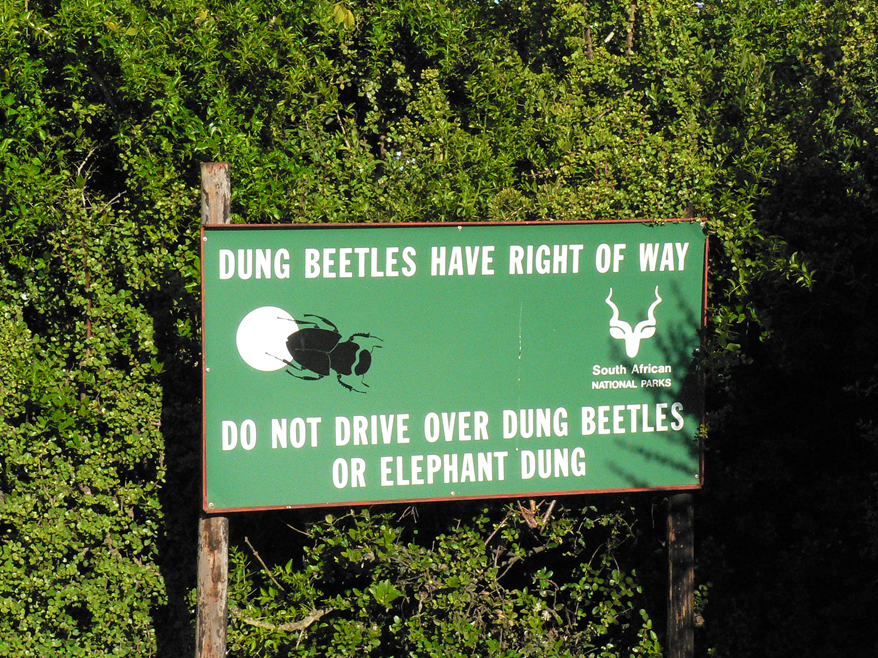 The Sundays River Valley was already known for its elephants, thanks to the cornucopia (large amount) of Spekboom. As early as 1702, fifty years before Jan van Riebeeck's arrival in the cape, the first people to penetrate this part of the Eastern Cape were European hunters.

Spekboom was known to Europe

The Spekboom was known to Europe at an early stage. Linnaus, a well-known botanist reported in 1771 that a Spekboom was flowering in Italy, another was reported flowering in Vienna when the French Revolution started in 1786.
The Spekboom was noted by early travelers through South Africa and they noted the occurrence of The Spekboom. In his African Sketches, Thomas Pringle wrote in 1834: "The Spekboom, with its light green leaves and lilac blossoms" - later referrals refer to: "browsing on the succulent Spekboom, which clothed the skirts of the hills."
In 1843 in the Cape of Good Hope almanac, the following is found: "One of the most valuable shrubs .... is the Spekboom (Portulacaria Afra). It is found in great abundance on the stony ridges and affords excellent food for those large flocks of sheep and goats ... In a severe drought, the bush is truly invaluable."

Farmers are moving away from Goat-farming

A number of farmers are moving away from veld-destroying goats and sheep farming to a more sustainable game farming. The Spekboom supports the tourist industry of the Eastern Cape, with its several game farms, Nature Parks and the Big Five, which has been reintroduced to their old natural habitat everywhere. 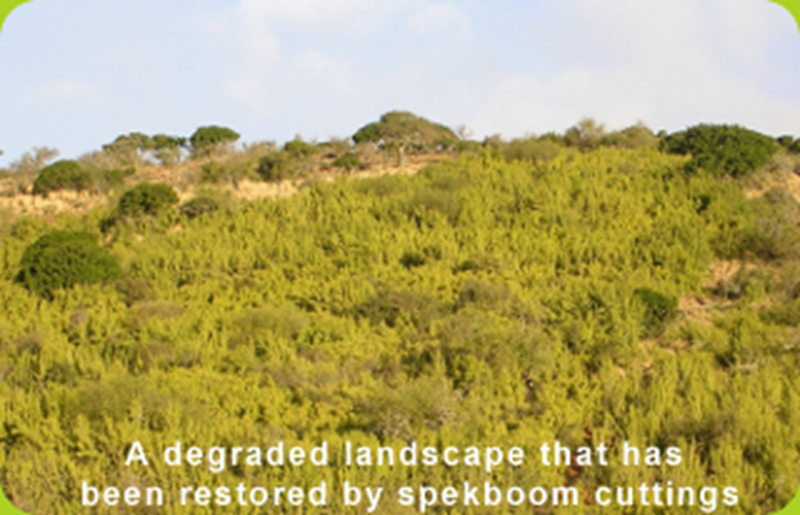 Rehabilitation of The Spekboom

The only way to rehabilitate the Spekboom veld is by active intervention. The Restoration Research Group (scientists from Rhodes, Stellenbosch, and Nelson Mandella Metropolitan-PE Universities) launched a recent initiative. Together with DWAF's Working for Woodlands Project, Cape Nature, and private farmers, restoration projects are currently underway to plant plots of degraded veld with Spekboom truncheons. Farmers who are involved can claim carbon from the international Kyoto Protocol inspired Clean Development Mechanism fund. Replanting Spekboom is labor intensive because holes need to be dug in hard soil and the truncheons packed in firmly to be anchored to the soil. This project has created jobs for hundreds of unemployed people in the region. This project is indeed a win-win example where both people and the environment benefit.

The many uses of The Spekboom

Spekboom as a Bonsai 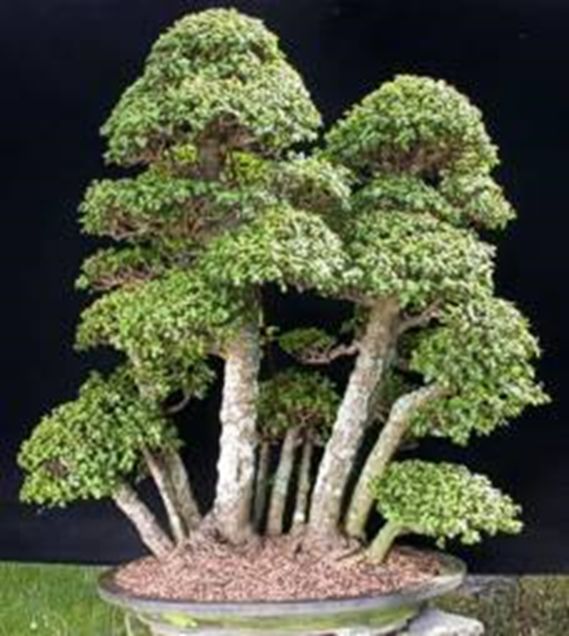 Spekboom as a Topiary and Hedge 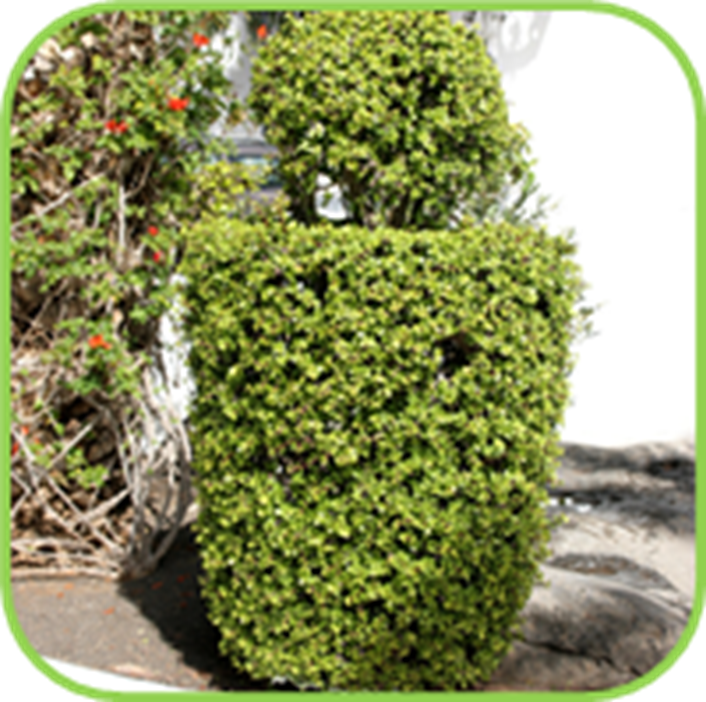 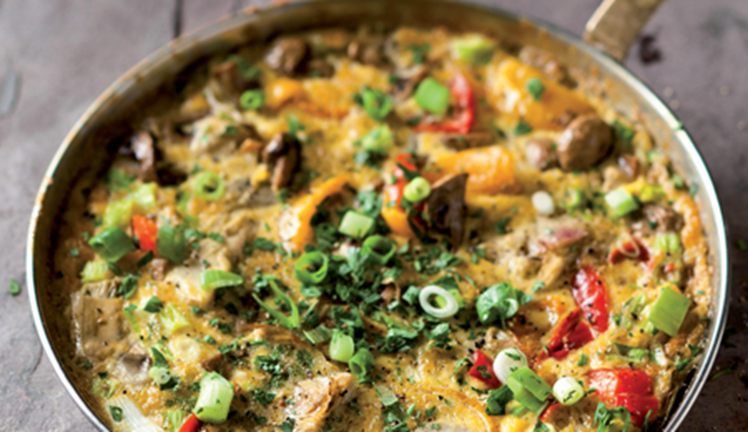 just wow .. wow is all i said scrolling down reading and focusing on how good these pictures are.

glad i found you on trending and will follow as well! cheers

Fellow South African here. Nice article! Thanks. I've been to Addo Park and would highly recommend it to anyone!

Outstanding photography i love nature its queen of beauty..thanks for sharing with us ur lovely post @brightideas

Congratulations @brightideas, this post is the forth most rewarded post (based on pending payouts) in the last 12 hours written by a Newbie account holder (accounts that hold between 0.01 and 0.1 Mega Vests). The total number of posts by newbie account holders during this period was 4871 and the total pending payments to posts in this category was $7562.14. To see the full list of highest paid posts across all accounts categories, click here.

new information for me thank you