This is a "service" provided by @therealwolf that constantly misrepresents it's earnings and payout figures and sometimes just straight up jacks the money. Guess it depends on his mood. My last post was a charity post with all earning going to Child Advocates and this asshole essentially just stole money from abused children so ya there's also that. Now here's this pics for proof incase you don't want to go searching through the blockchain to verify this for yourself. Smartsteem has voted on the post and its only at $39.84 total 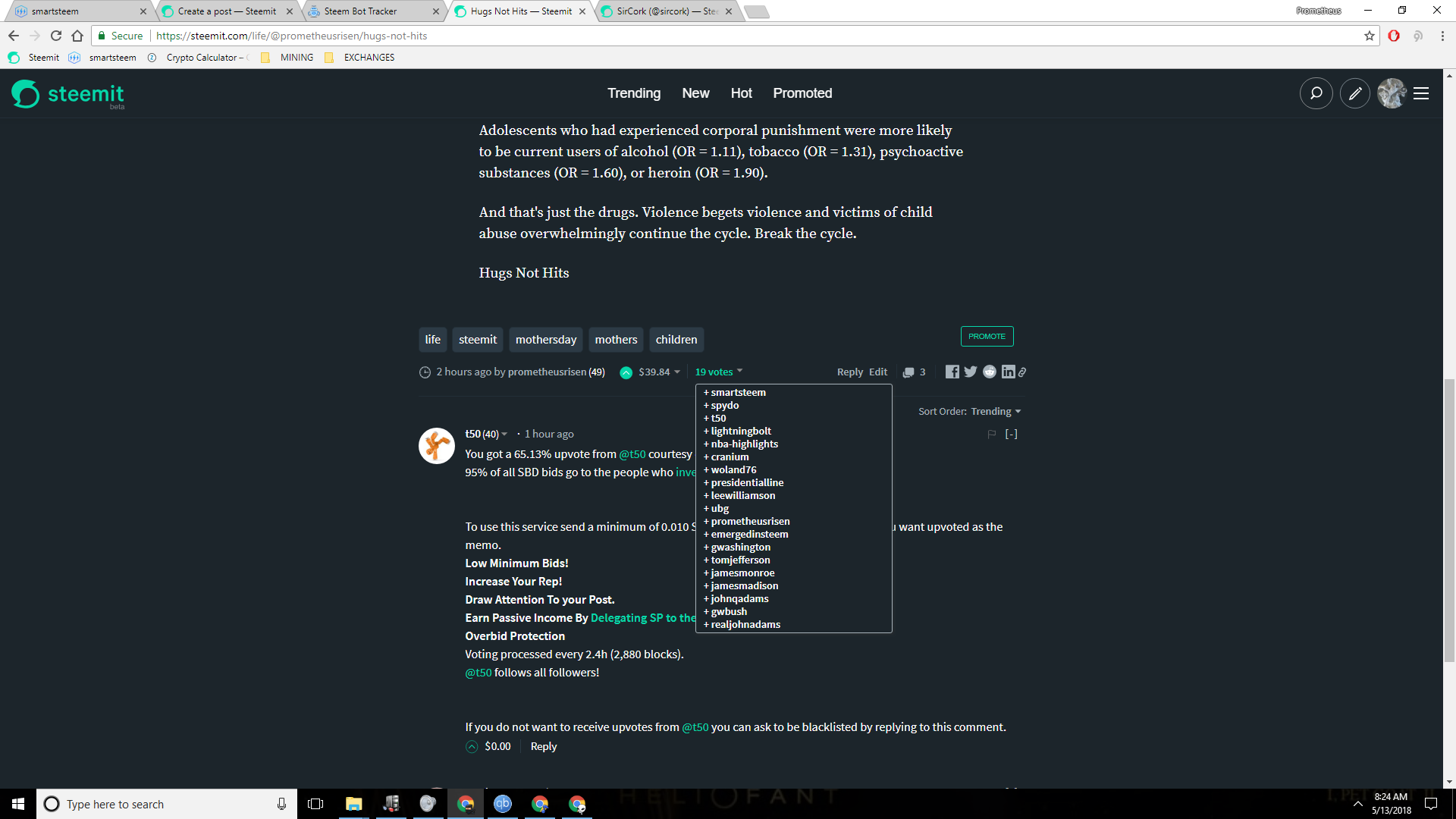 This isn't a one time deal either, the comment sections are filled with people asking where their money went to, some people pay for votes and then just flat out don't receive them. I guess in retrospect I should feel good this guy @therealwolf only fleeced me for a couple points on my money instead of just jacking it entirely like he did to this guy. The original post was by Joshua Cowan of Austin Texas in an effort to raise money for abused children. @therealwolf not only stole money from abused children with his thieving ways but now in retribution for me revealing that @therealwolf is an asshole that steals money from charities for abused children, @therealwolf has now gone around trying to defund and defame my account downvoting truths and spreading lies so his theft from abused and neglected children of the world can continue. Slimy malevolent psyches hate the light of truth. I've shown picture proof for everything I've said. This asshole @therealwolf has let his greed conquer his love but hopefully the community can add some societal weight to his consideration of his actions. 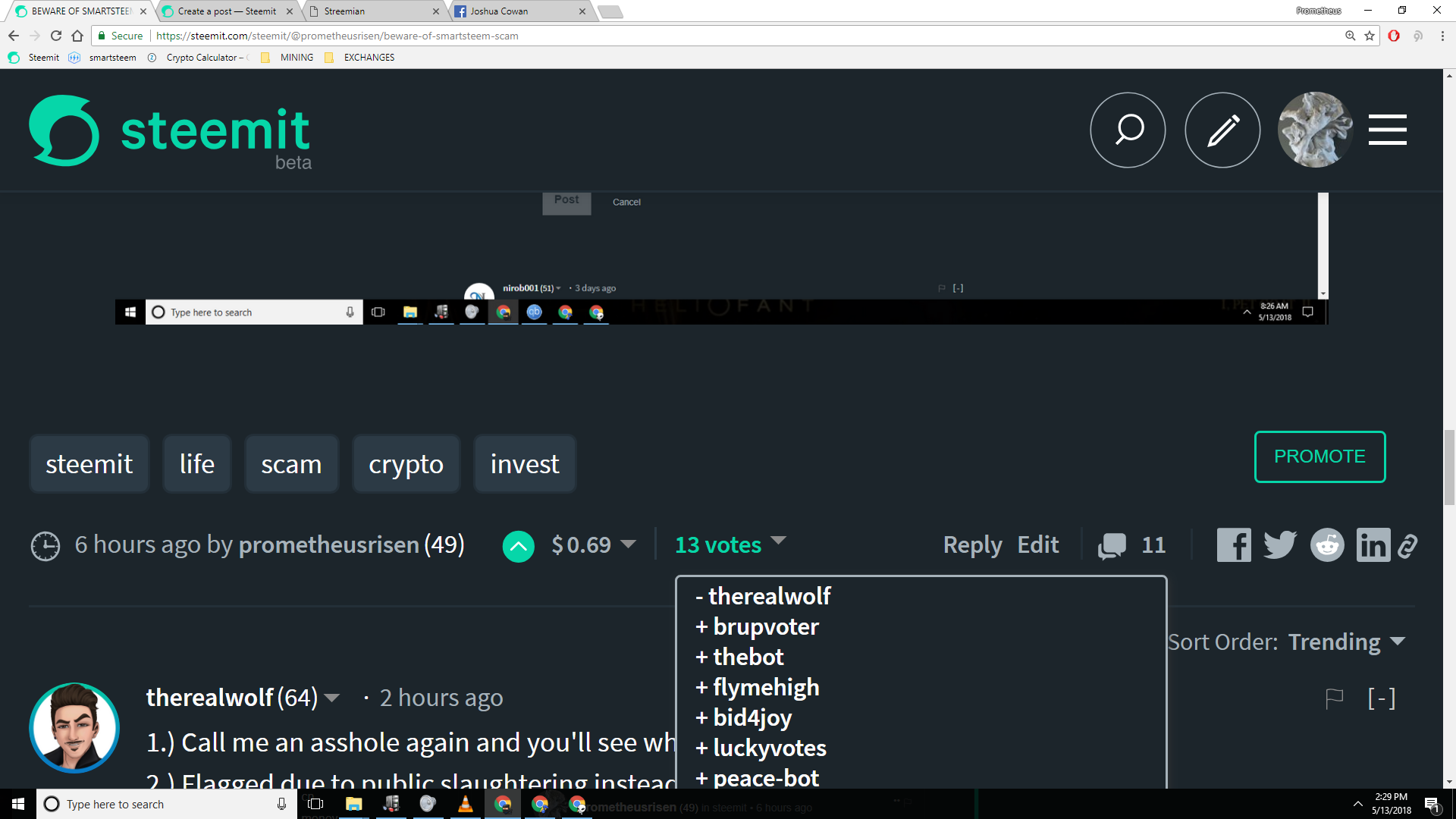 The only person that has ever down-voted anything of mine on steemit is this steals from charities asshole @therealwolf, each of these grayed out comments is his attempt to silence the truth of his heinous acts and personality. The theft from abused children should not be allowed to continue. How many more charities does @therealwolf have to steal from before something is done by the collective?

For the sake of simplicity, let's assume curators get no part of the payout (which isn't the case). Half of your payout will be payed as SBD. So for a $40 post, you'll get 20 SBD and $20 worth of Steem Power. The value of SBD fluctuates a lot, but right now, 1 SBD is worth $2.54.

it's sad this guy ruined his own Steemit account in one day, all because they don't understand how the payout and bidding system works. He did not lose money, he did not get scammed. He did spam hundreds of posts calling people scammers which got his account downvoted to zero rep in one day.

This guy is a fucking moron! Tired of his stupid shit. Learn how Steemit works bitch!