Wooooooop, wooooop what a flight, what a ride, what an experience. I met so many happy and nice people that I just don't know where to start. A pitty, that trusting in human flying abilities made me kind of sick, so I skipped the opening drinks at the first day. Another thing for me was... I FELT SO STUPID about my tatoo on the back... what should I do about it with the new Steemit Logo?
Anyway, I'll start with the breakfast at the hotel. 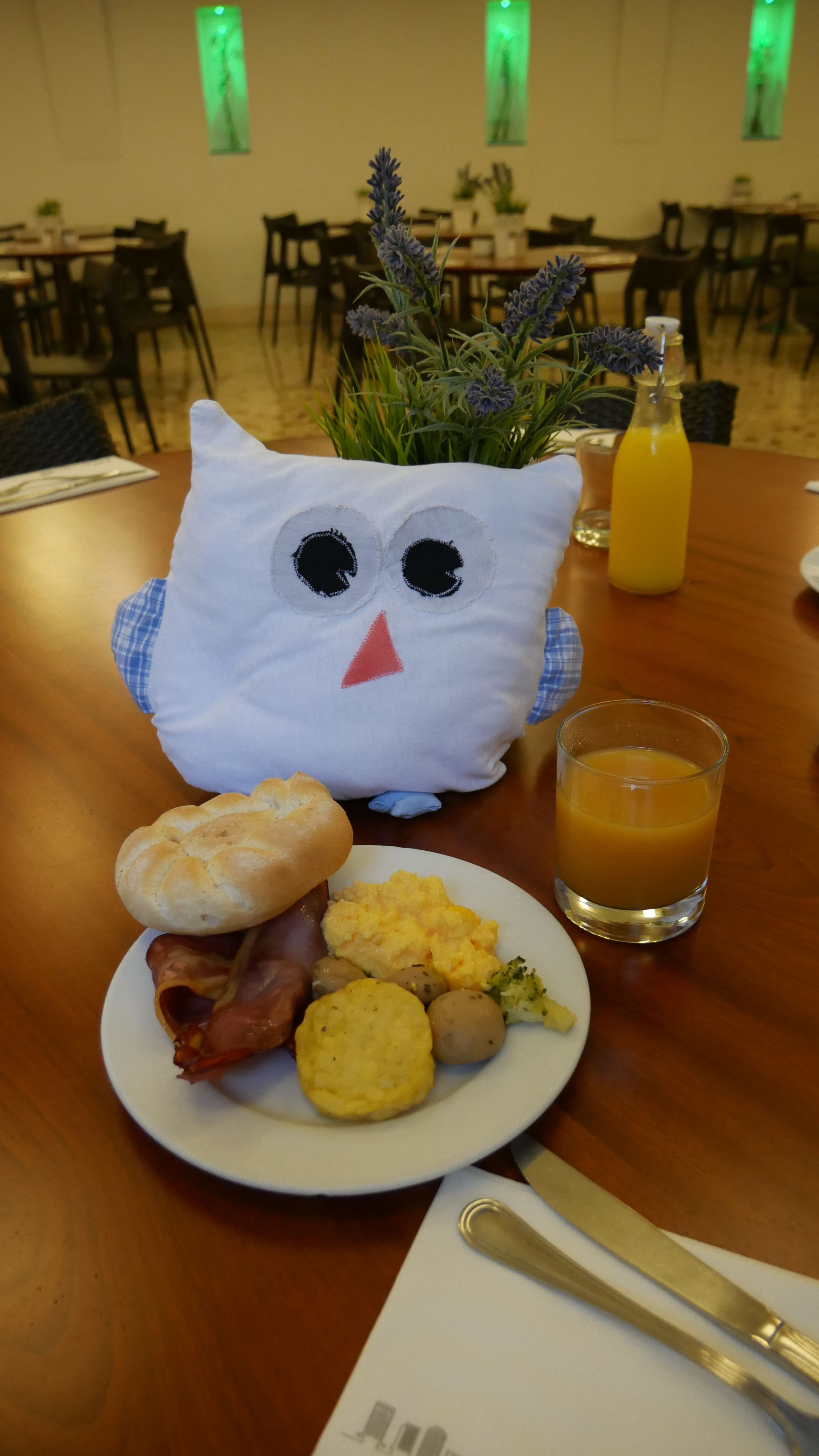 So delicious. Still I fell kind of bad that I enjoy human food as much... but who really cares.
The Fenix is a perfect Hotel to stay during such Events. I sleept well, the bed was HUGE. Even with @pollux.one at my side there would have been plenty of space for more (I know humans rarely act like that, but my special view as an animal asks for more cuddling)

The first day was just great. Meeting so many positive people... The first picture I took, was very special. @anahilarski who is carrying a baby. We have a saying: "Babygirls take away the beauty, babyboys bring the beauty" following this I would swear it will be a babyboy! Congratulations to you and @hilarski 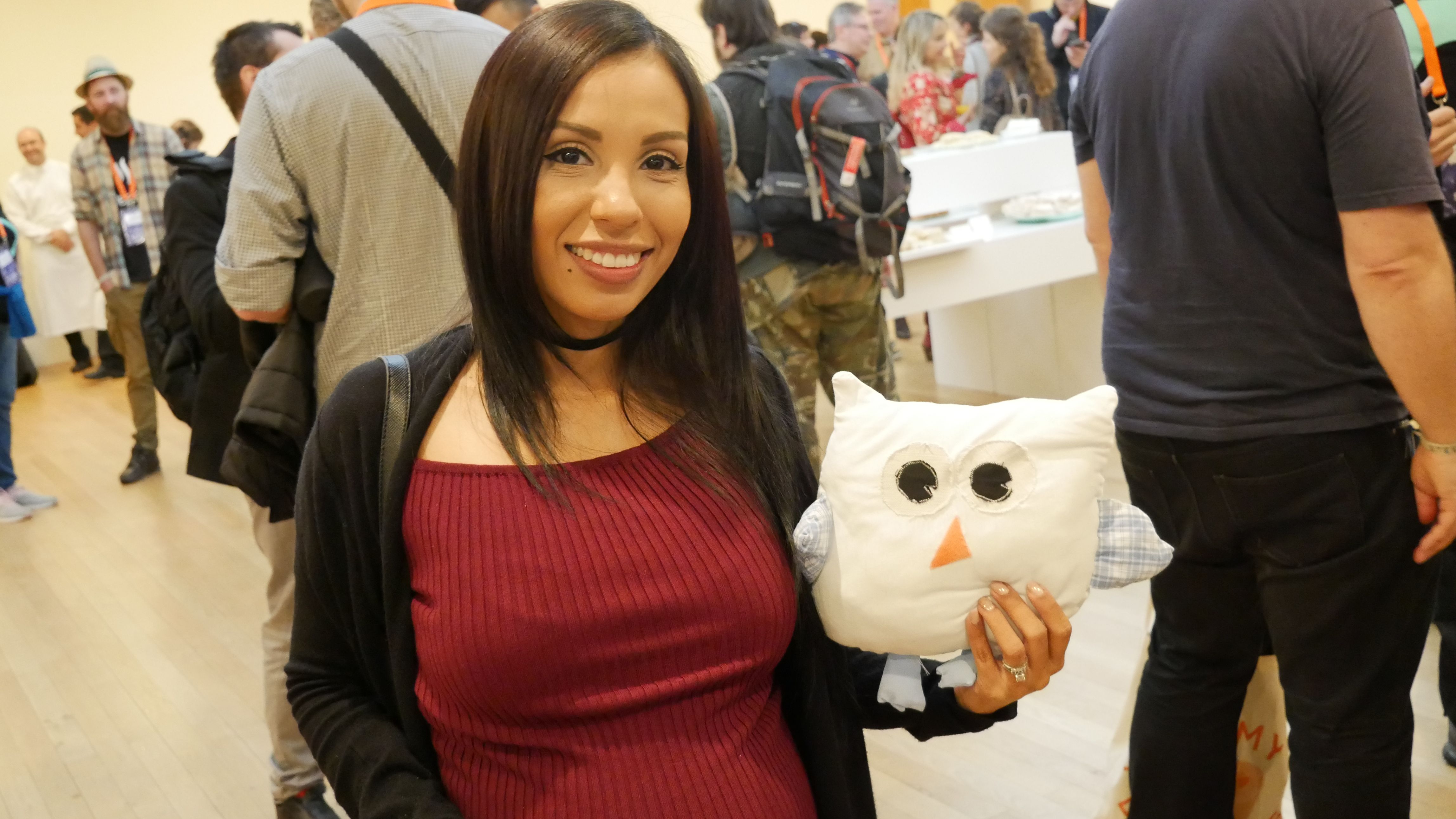 I have the feeling that both of these really liked me and expected more than I am able to give. Sorry boys, I am taken ;-) I really would have said something... but how could I, with such a breathtaking arm before my beak. Still a great picture ;-) 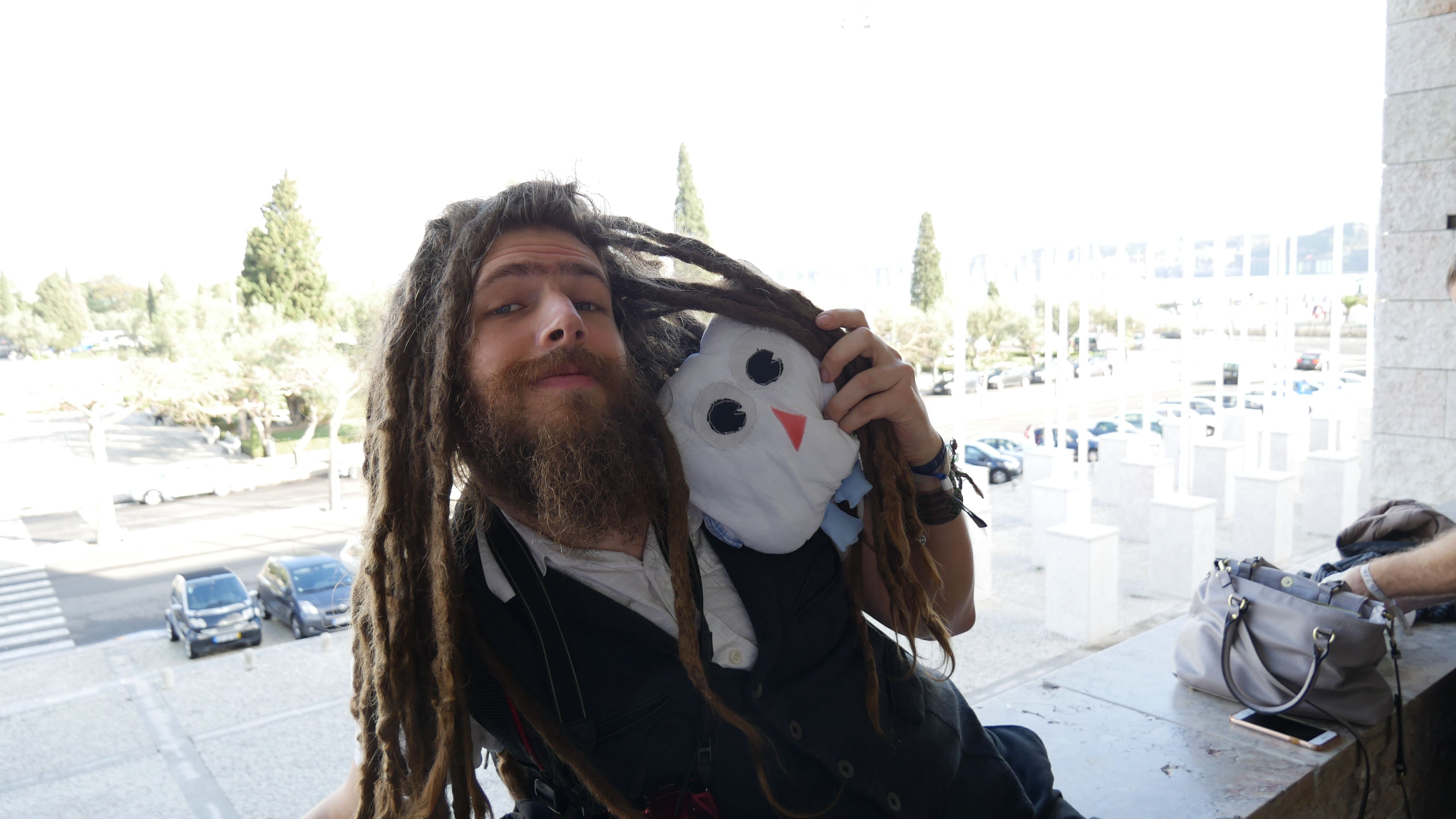 How much I had the feeling of instantly wanting to start nesting. Such a nice boy. Probaly kind of a soulmate.

At first I have been very shy, so I lost soooo much time. Probably next time I will be more forward in this kind of things... 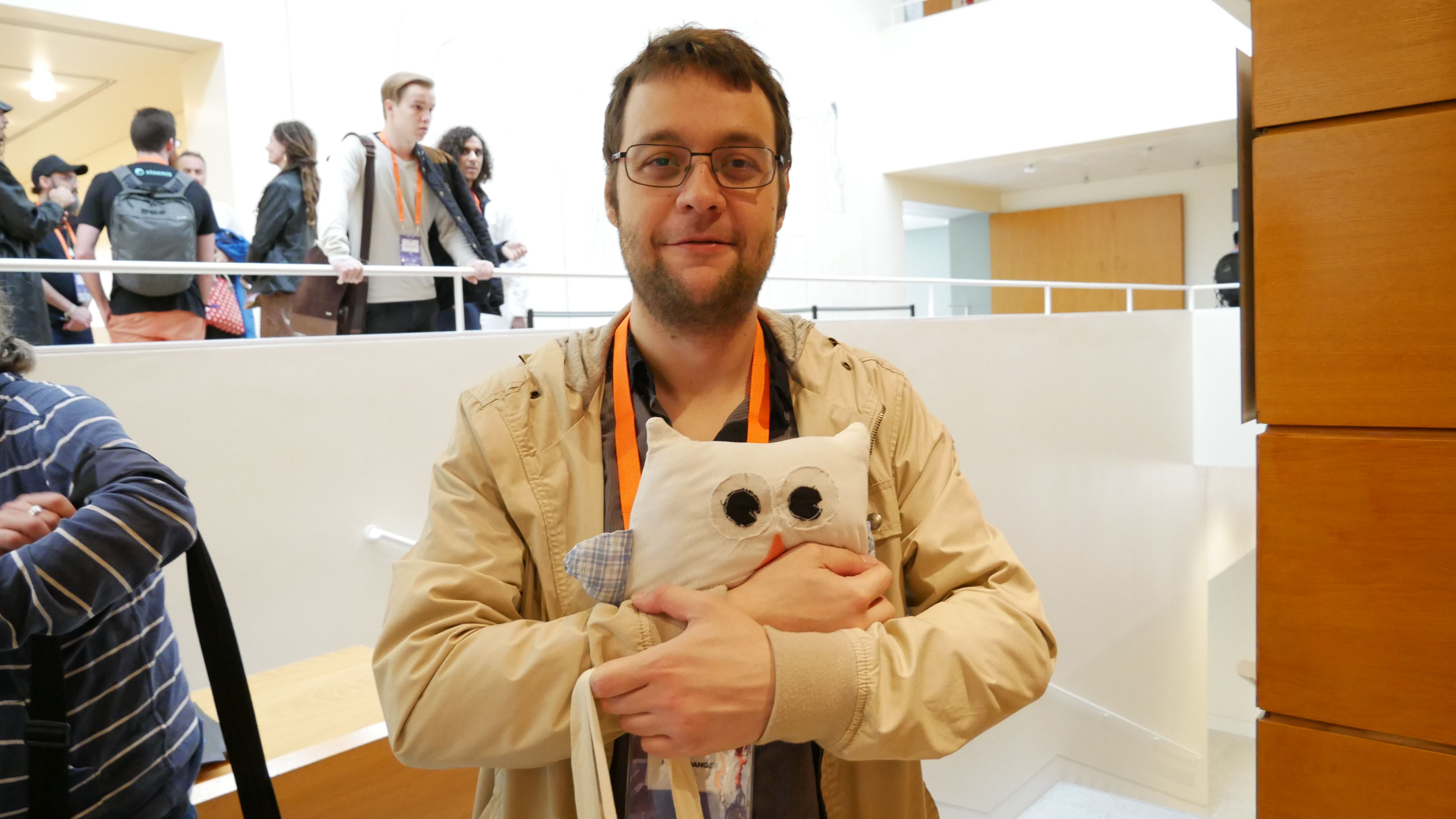 Pollux had a talk with him about a project. Something about bringing ebay to the blockchain. I felt so stupid after understanding even not half of the stuff that was talked about.

I felt more comfortable with these guys... fun and straight forward. THX man for organizing the openmic. I don't mind you for squeezing my ear so hard :-) I see this as a reminder to work harder on my music. I really would like to join again, but pollux is soooo lazy at times. Got to kick his behind some more, probably!

@basilmarples the guy you really should follow... a natural born funster (no idea if this word even exists) 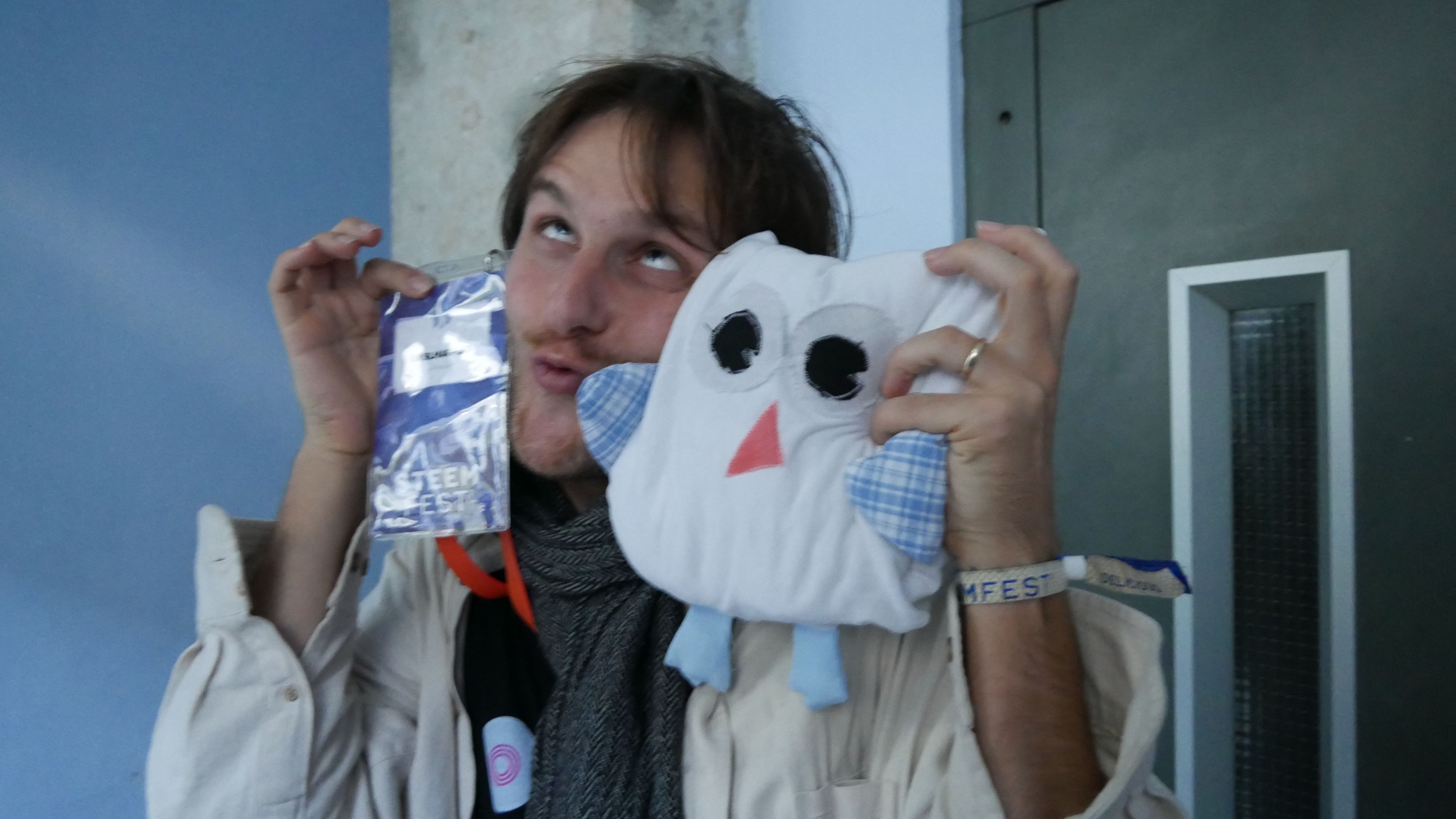 Later that day at the snooker club I drank the night away with a lot of girl power and nice guys.

sorry @bluabaleno for putting you on a "girlpower" image... sometimes it's hard for me as an animal to see the difference between human males and females I love your attitude about beer! My hello towards Belgium! 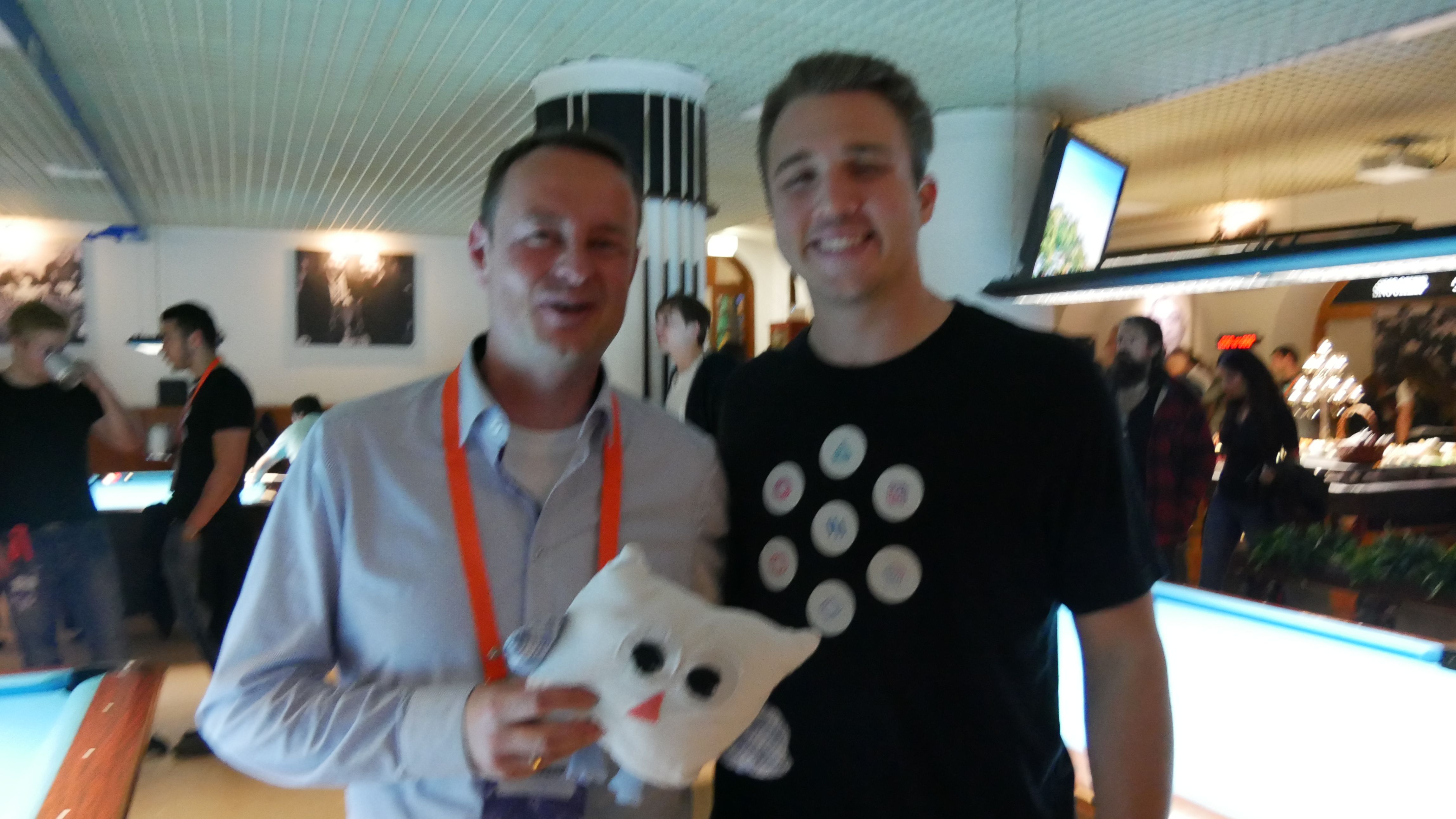 As you can see it gets blurry from there. I am still not really used to drinking alcohol. Believe me ... I tried! 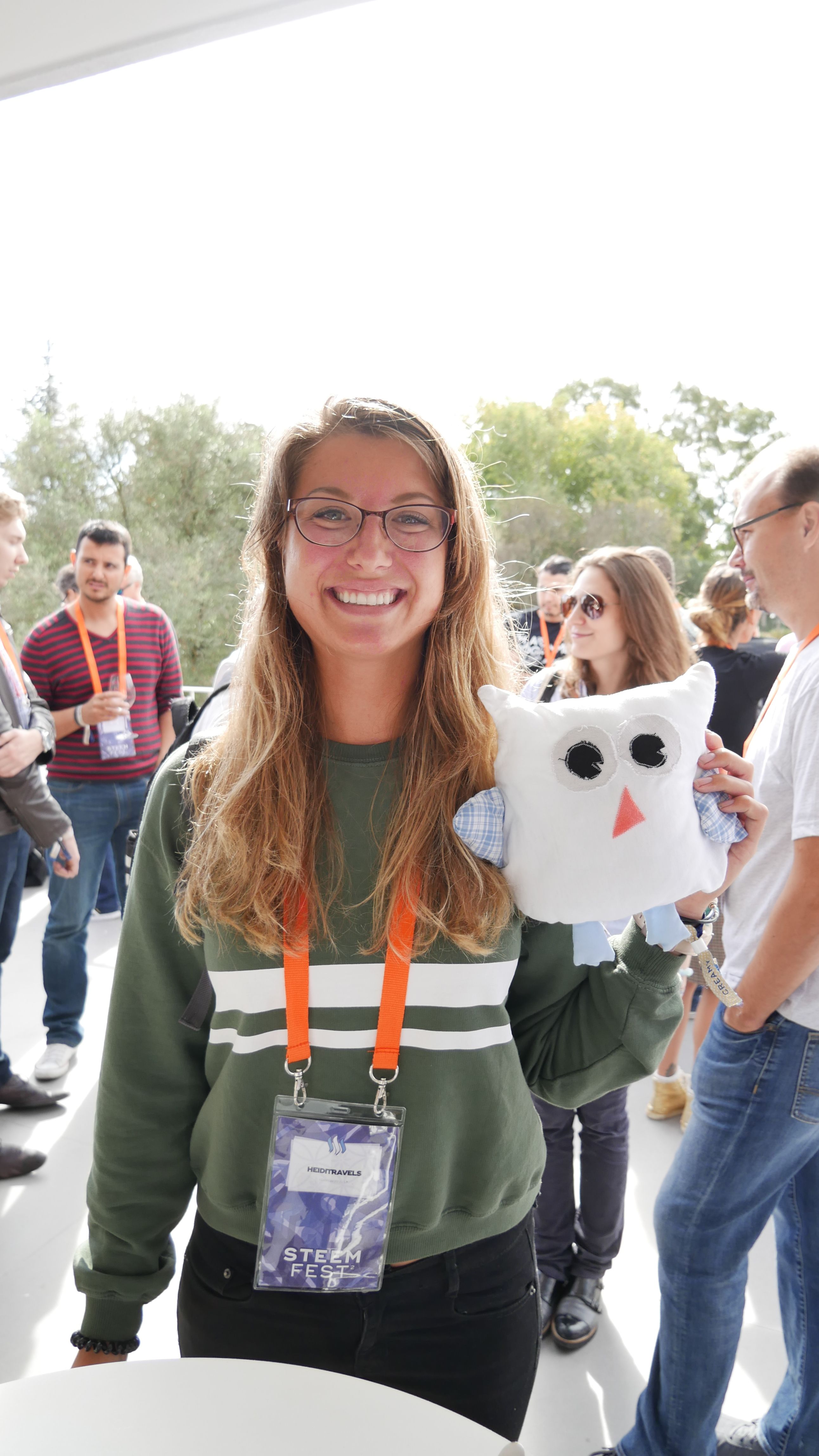 next time we really should spend some time talking, not only posing for the camera. I really would like to get some advice how to get along in the crypto world as a girl...

And finally... the radiant @everlove probably the most amazing woman I ever met, pulsing energy to everybody near her aura. I love you! ( no idea why pollux photobombed my special experience with her... )

One of the most amazing men I encountered at STeemfest was beyond doubt @terrybrock ... so charming and friendly. You did an amazing job together with Gina Carr (somehow I missed taking a picture with her) 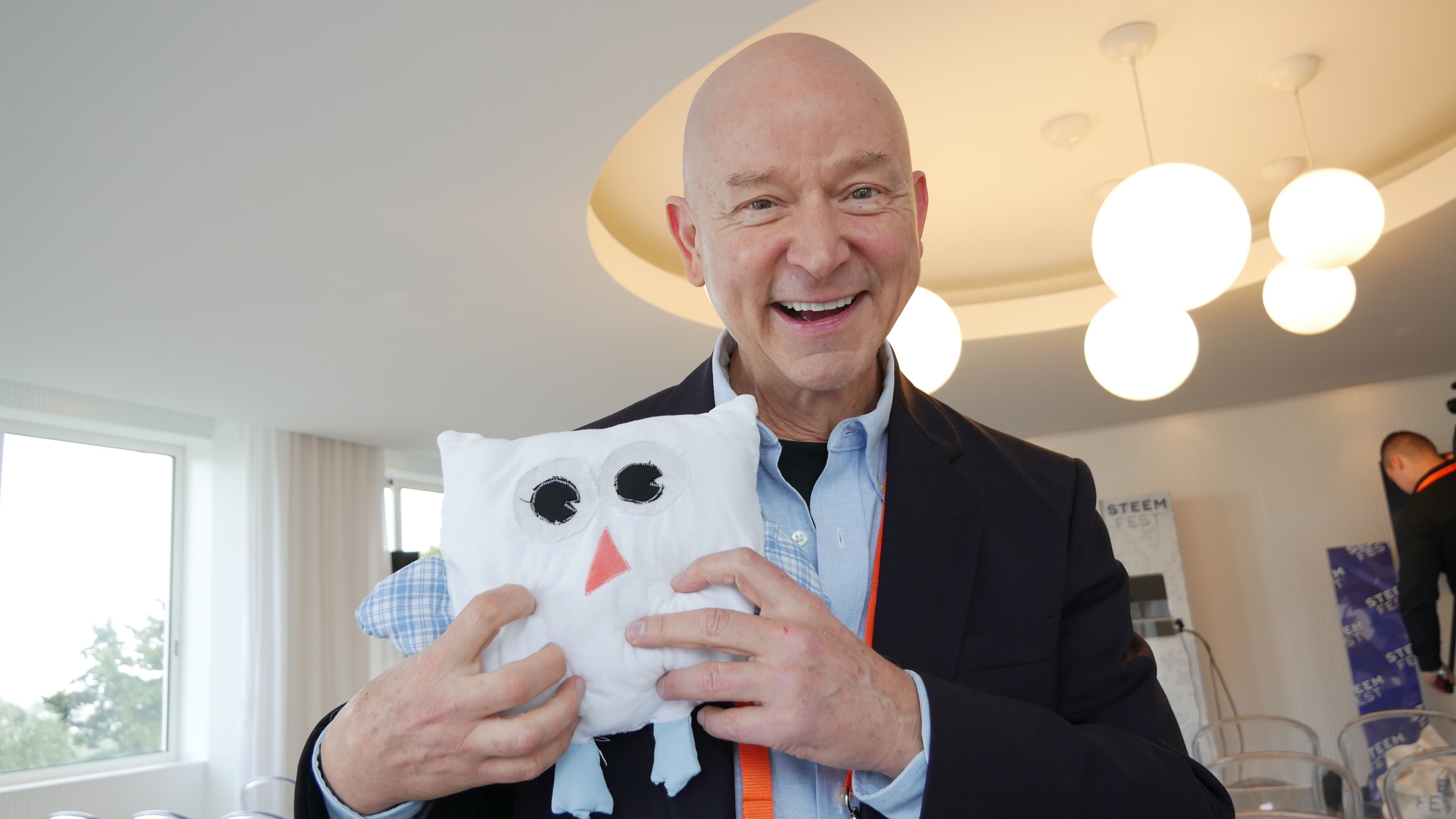 Later on, I got some pictures of people that are hard to get on a picture... somehow they managed to hide anyway

Some general stuff about me eating and showing some Lisbon views 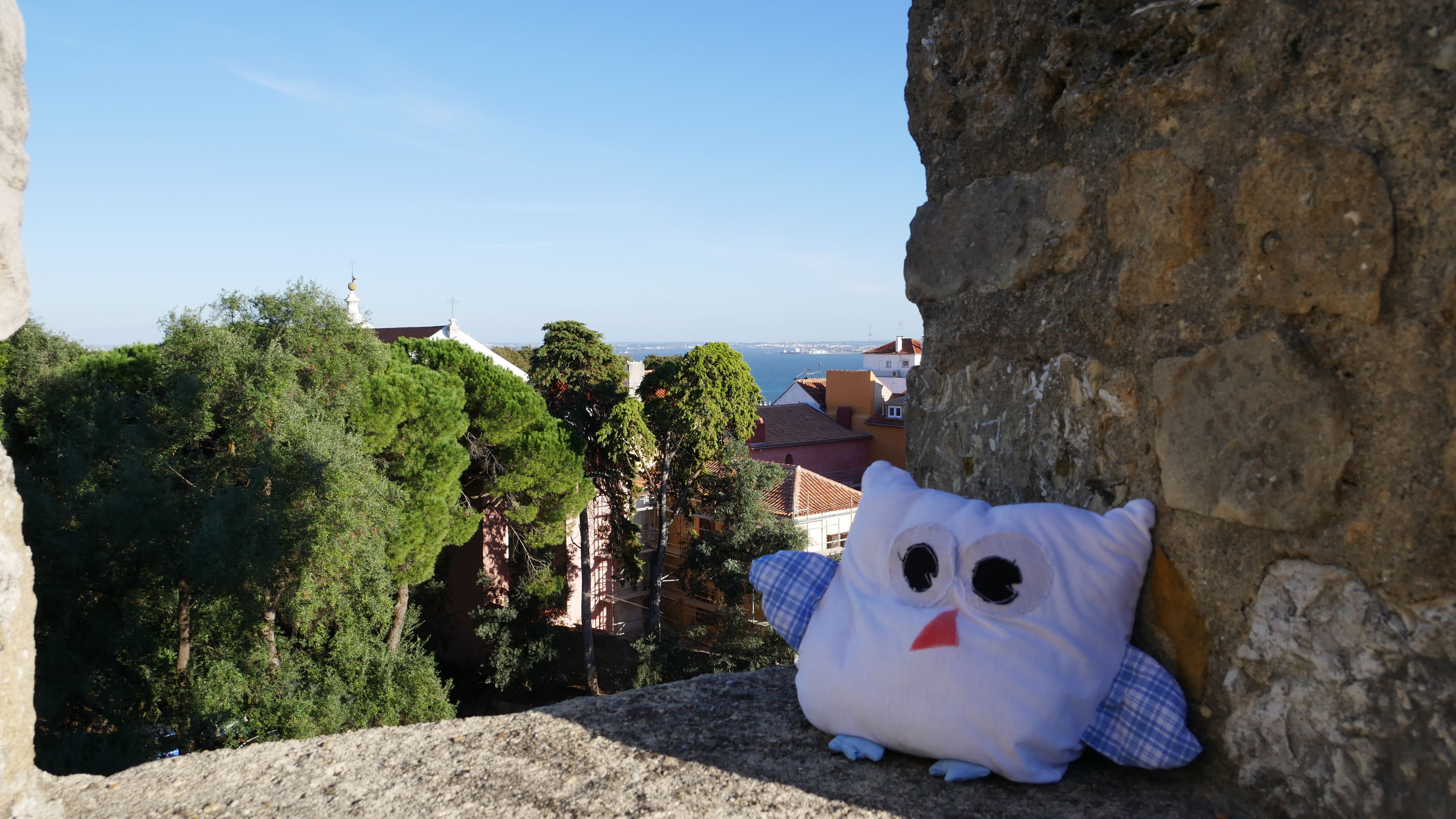 me as a bombshell 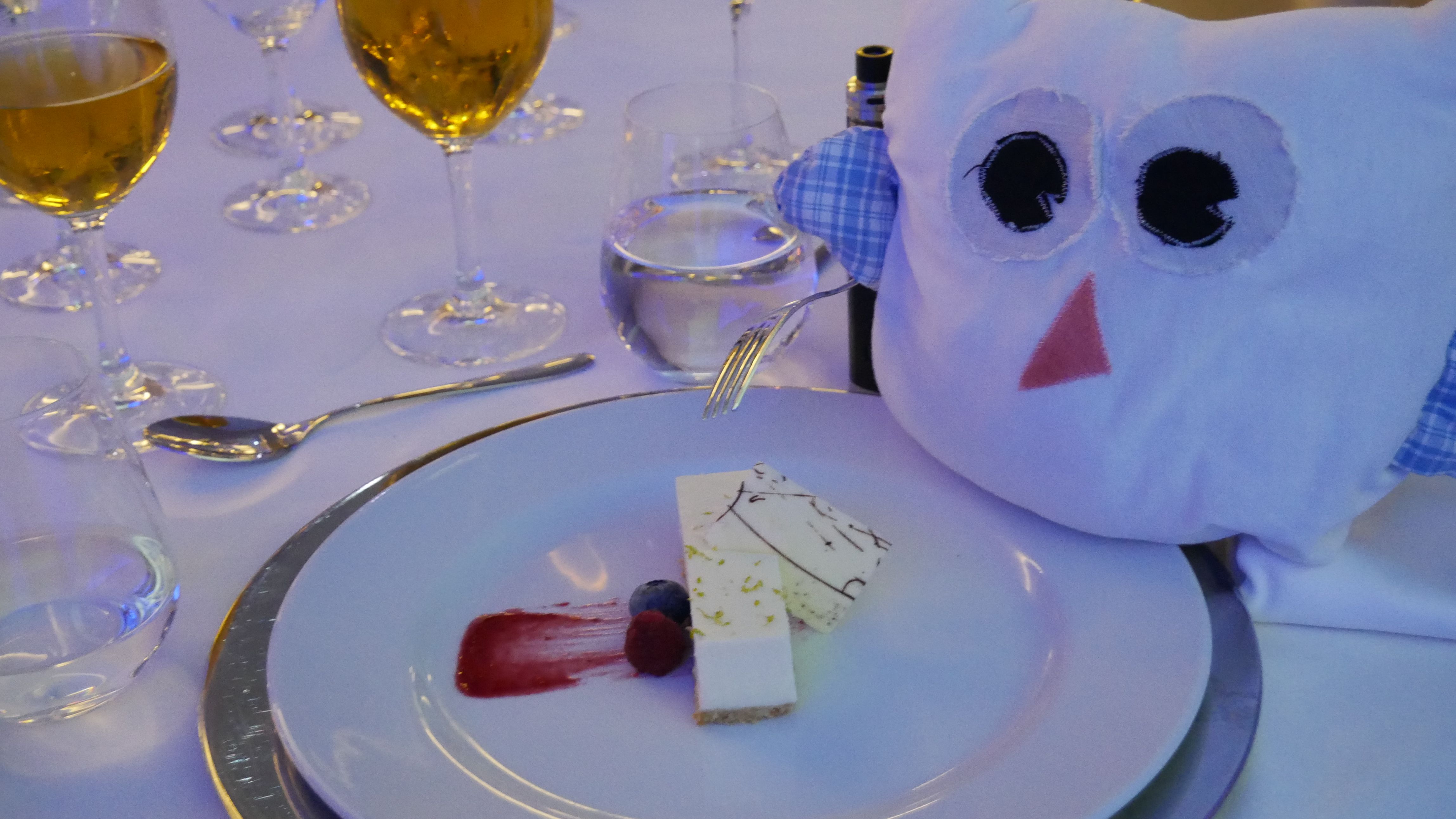 probably the best "inside-out" burger I've ever tasted ... also the first one

So many impressions, so draining and empowering at the same time... sometimes it was really necessary to take a nap. Thx to @shortcut for providing this pic with @pollux.one Last but not least:

a BIG thank you @roelandp for making this all possible.
behind @quinneaker you were surely the best dressed male human on Steemfest² 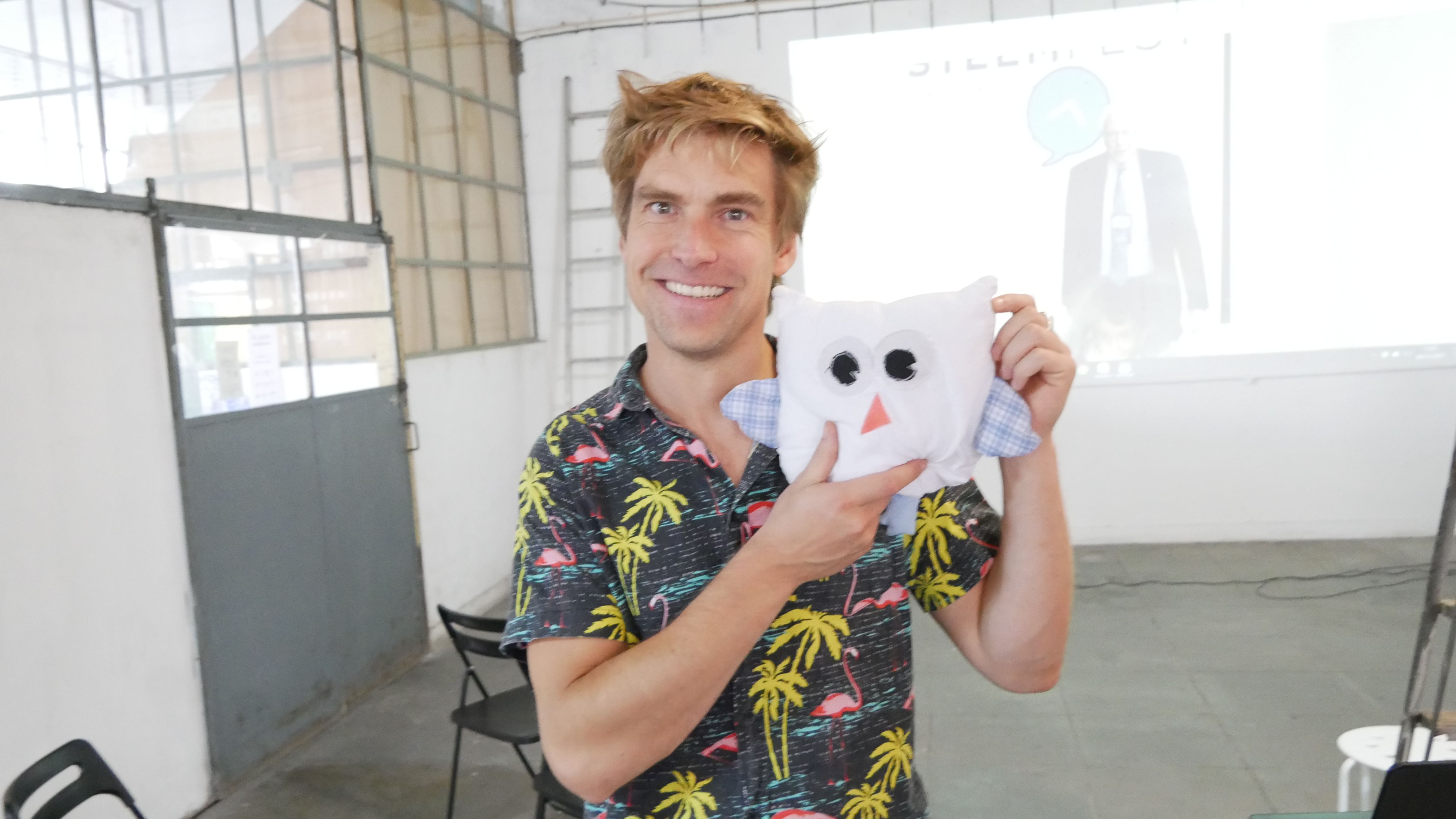 I love you all!

Hope to see you soon at the next Steemfest!

WOW you met so many people, Bahbahra is nagging me that I do not take her out to such interest events and to meet such interesting people

I just told her maybe next year :)

Thanks @bellastella for this amazing shot with you and... what was the other guy's name? ;-)

Excellent .. the photographs proved that you had a great time on the steemfest.. awesome pictures taken of the steemitians.
Resteemed..

So cuuuute my goood !!! I didn't see you at steemfest :D

I've seen you many times... would have loved to take a pic with you, but you always seemed so busy!
You would have matched perfectly into the girls-power pic.

Thanks for the mention, @bellastella. You're a great photo-model ;-) Was fun meeting you and and your buddy @pollux.one.

emmm. Get up Mr....@bellastella
let me follow you, thanks

Congratulations @bellastella! You have completed some achievement on Steemit and have been rewarded with new badge(s) :

Glad to see You had a blast and that the fun was non stop :D let's hope everyone and more (like me) can get together for the sf3 :D eheheheh

Congratulations @bellastella! You have completed some achievement on Steemit and have been rewarded with new badge(s) :

Hi @bellastella my friend, thanks for the mention and great that we have met us again at the Steemfest! xD -resteemed for sure! ;)

Great photos! Thank you for sharing. It sure looks you got over your shyness in the end. :)

wow, that is a nice collection. Thanks for having me with all the great steemians...

IT was indeed worth it .
So many faces of Steemians and beautiful characters all around!