Great post...I just ran into this issue....Im learning and this helped! Ive been on a lil over 2 weeks...it just hit me today...What do we do if it happens? just wait?

yea, it seems to be the only thing you can do right now is wait, and go very light on what you post for a while so it can recover. Then when you have some bandwidth power up as much as you can before hitting the limit again, and try to do a claim reward only once or twice per day unless there is a significant amount (don't claim 0.001SP curation reward for example, just wait until there is more so you don't push closer to the limit)

I was wondering about that reward claiming. Can we just not do it for a week or so? Or should we do it once a day only?

Resteemed and upvoted for my friends. I was asking on Twitter and got a response of another person affected.

Also - does "light on what you post" mean less photos or less text or both? I do a lot of commenting and usually two posts a day.

This place is highly confusing to this old lady blogger, but I guess you know that already. I am so glad I have held back on inviting my friends here. They would all be ready to murder me by now.

reward claiming can be done as often as you like, but since the limitation hits it there is some implied value of bandwidth being used each time you claim a reward, so unless it's a decent amount it would be better to do it less often. If you have larger amounts the SP you gain should counteract any bandwidth used so that's fine, just don't hit claim 10x a day on any random amounts of 0.001SP from curation votes :)

light on posting, I think it might be better to use smaller amounts of images and possibly avoid 4k hihg-resolution images that are large file size, since there is an upload involved it might be taking this into consideration so you would be able to post 10x as many small images as large HD ones. I think for every giant image you could have 10,000 words under normal computer rules, so they are probably the heavy hitter for bandwidth.

Thank you so much - that really does help. I know I need a jpg for the first photo, but I can convert any others to pngs. That would help a lot with file size. It's not like we're talking about fine art here (except in my own mind).

And no more chasing after those pennies. I will just do the wallet thing in the mornings and it will be more thrilling if I do it that way. I thought I should unload it any time I saw it had money, but obviously not. Learning curve!

hahaha "They would all be ready to murder me" So, so true!!
As for your Q. "light on what you post" mean less photos or less text or both? ... I fear both. But that would probably mean about 10 posts a day instead of 20 - I'm just guessing!
All the best - you have a new follower! 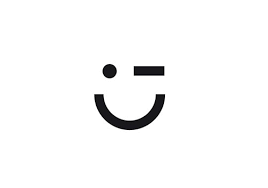 Thanks so much for following! I'm just barely able to do two posts a day, but one recent one had a lot of photos so maybe that was it.

I was advised to comment more than posting, so that's my story and I'm sticking to it! (Until someone else tells me to do something else! I'm flexible.)