goldgoatsnguns (60)in #starwars • 3 years ago (edited) These words changed my life. As a 10 year old seeing Star Wars for the first time set me on the path to become the person I am today.

It is hard to put into words what this film means to me. Saying that I've watched Star Wars north of 250 times says nearly nothing. My home was a stable, but not happy one then. It was the last Depression brought on by the breakdown of Bretton Woods, the first OPEC crisis, post-Vietnam malaise and everything that went with that.

My siblings were all much older than me; graduating college, soon to get married. The pressures on my parents were immense. My dad, NYPD at the time, was forced by the union to bail out New York City which was bankrupt. The tension between them was so high we used to joke, "The weekend is here early," meaning my parents would start fighting on Thursday as opposed to just when they were both off from work on the weekends.

Star Wars brought me hope that, despite everything, one person could change that world.

George Lucas made this film for all of the kids growing up then that needed to hear exactly that. They needed not just a source of inspiration but also a way to take the childhood they were being robbed of, the imagination lost, and nurture it into adulthood. 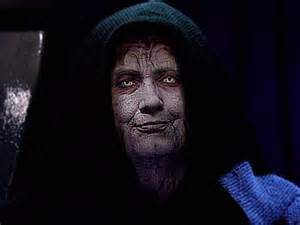 Star Wars gave me strength. And it told me that principles mattered, especially when the world was telling me they didn't.

Today, we are in a period of civil war winning a culture war no different than the one we were losing in the 1970's -- the individual vs. the state. Today that war is being fought by my generation, now taking the reins of political and economic power, against the statist dead-enders who poo-poohed Lucas' film as "pablum" (c.f. Pauline Kael's review in the New Yorker) who are the new Sith; giving into their hatred, their principles corrupted beyond recognition.

The bills from their nihilism have come due and the gloves are coming off. We're pissed.

Our reckless boomer elders will not yield power easily, but we don't care. They can pay off the media, Antifa, and anyone else they want but it isn't enough. The more they tighten their grip, the more Millenials slip through their fingers.

Because my generation and our kids know that one person with an indomitable will is all it takes to shut them down. It doesn't matter if the films have flaws, the language stilted or the blocking awkward.

Lucas understands the power of images so well that it got in the way of his storytelling in the prequels. But he still created some incredibly powerful images. Watch them with the sound off, or John Williams' score synced up and you will see them in a different way.

He taught us not to fear chasms. And we're willing to go down rabbit holes as far as they will take us to find the truth about ourselves and those we encounter.

Today my 'house gods' that sit on my mantle are Chirrut Imwe, the Ghost, and a Tusken Raider riding a Bantha. I nearly cried seeing Red Leader in Rogue One.

Tonight I'll watch Luke blow up the Death Star for the umpteenth time. I'll mourn Red Leader and Biggs. I will still boggle at the power and pacing of the Battle of Yavin. And I'll be transported back to when I was 10, sitting with my parents in a theatre in Newburgh, New York and remind myself of how much work still needs to be done.

Happy Birthday Star Wars. May the Force be with you.

Oh yeah! Are you in my head? We could not be more on the same page. Awesome post!!!

Thanks man. SW was a game-changer. I just finished watching it again, and it's still just as powerful as it was in 1978