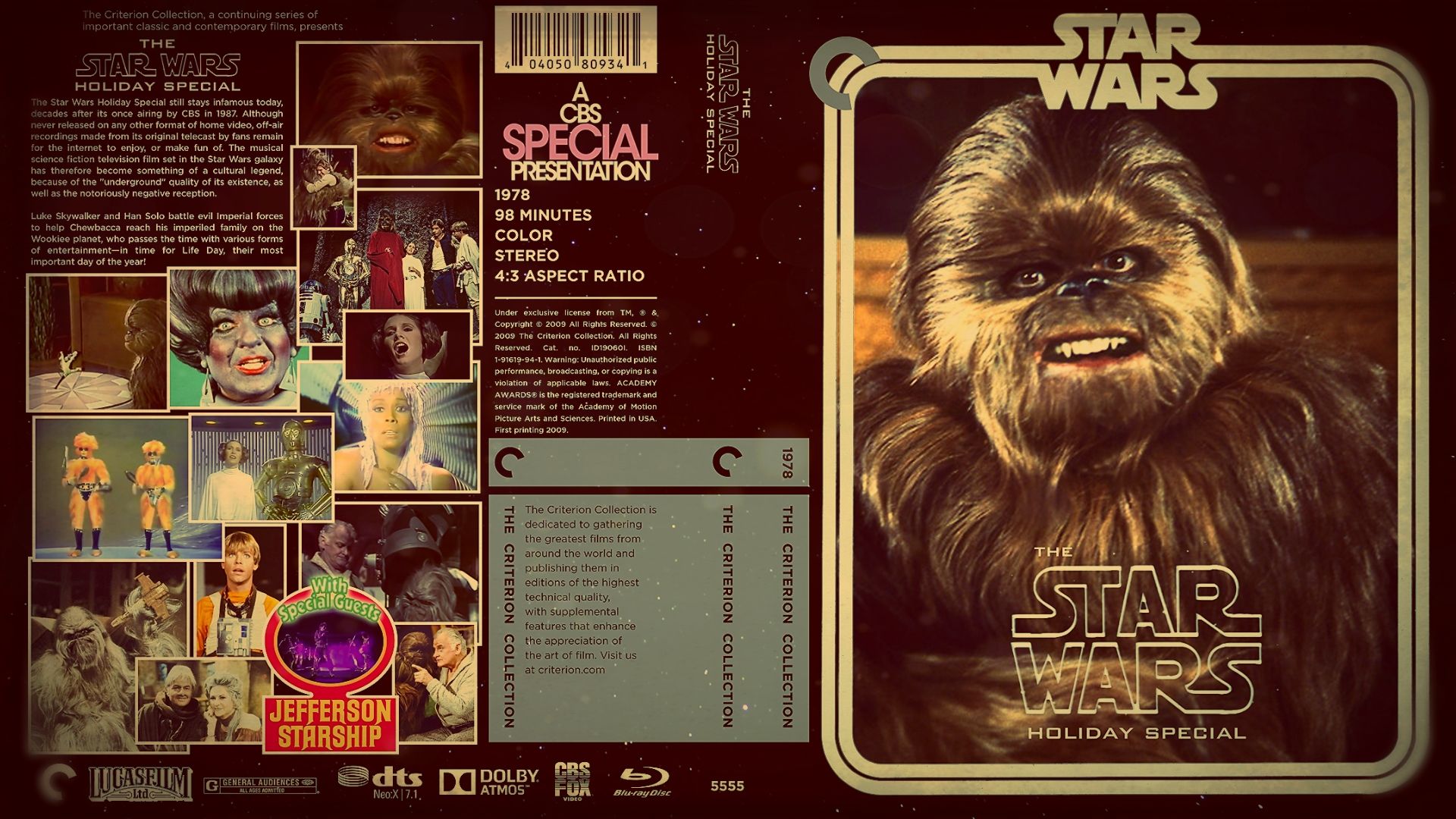 I have to ask myself, "Why not make my own Star Wars Holiday Special blu-ray myself? I know how to work Photoshop and burn blu-rays and I know George Lucas or Disney will never make this, so why not? I can also share my files on Steemit for others to use!" -So I did just that! 😉 After I got a bunch of freeze frames from the movie and placing them on a blu-ray Photoshop template that I found online I was able to print it out. Actually this Photoshop step took the longest. 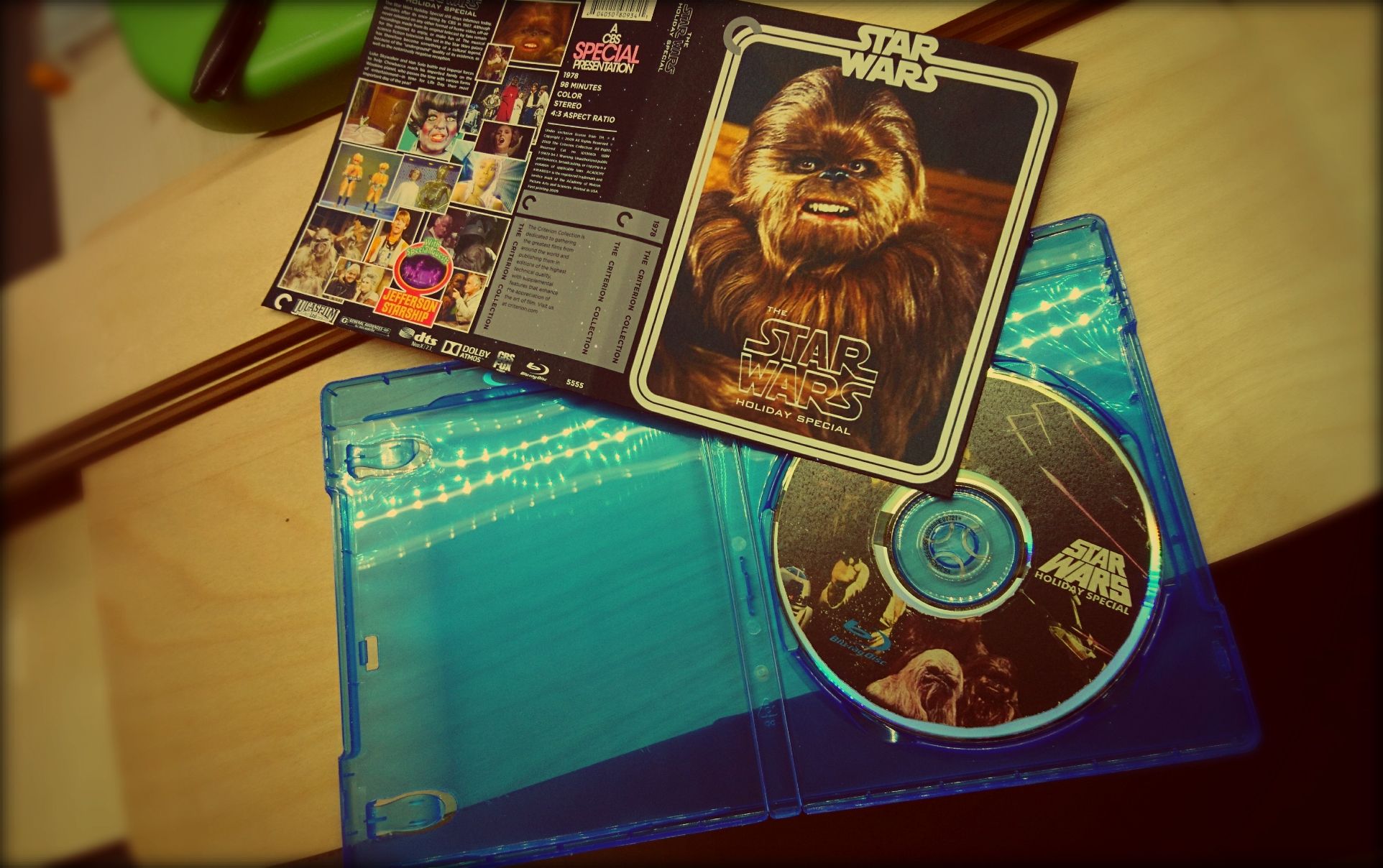 I had to trim it some with a paper cutter so it will fit into the new case.

Notice the homemade blu-ray disc I had to make. I almost bought a bootleg version of this, but I was convinced I can make my own with one downloaded from one of the Youtube versions. Slip the cover in with no problems. 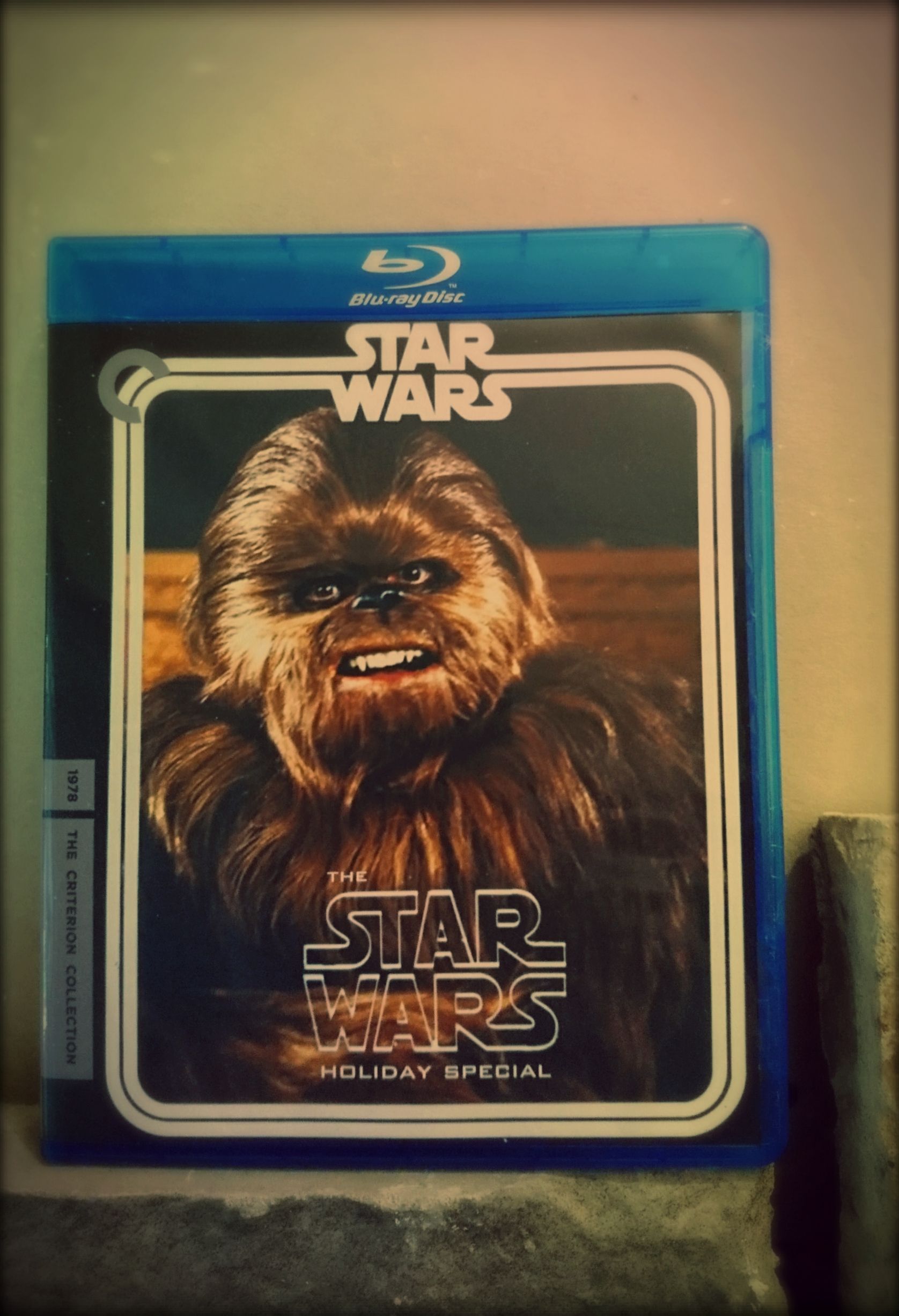 The front cover looks great and professional, at least to me. 🤔 Heres the back. It looks great too! My personal opinion. 😉

Notice I picked some of the craziest freeze frames from this movie. It really is a crazy movie. I really love it! It is very dated -70's style. Haha.

Also Jefferson Starship has a cool song in this movie. Well at 1st I didn't like the song but it grew on me after hearing it 5 or 6 times. I even bought and downloaded the official mp3 version of the song from Amazon about a year ago. 😬 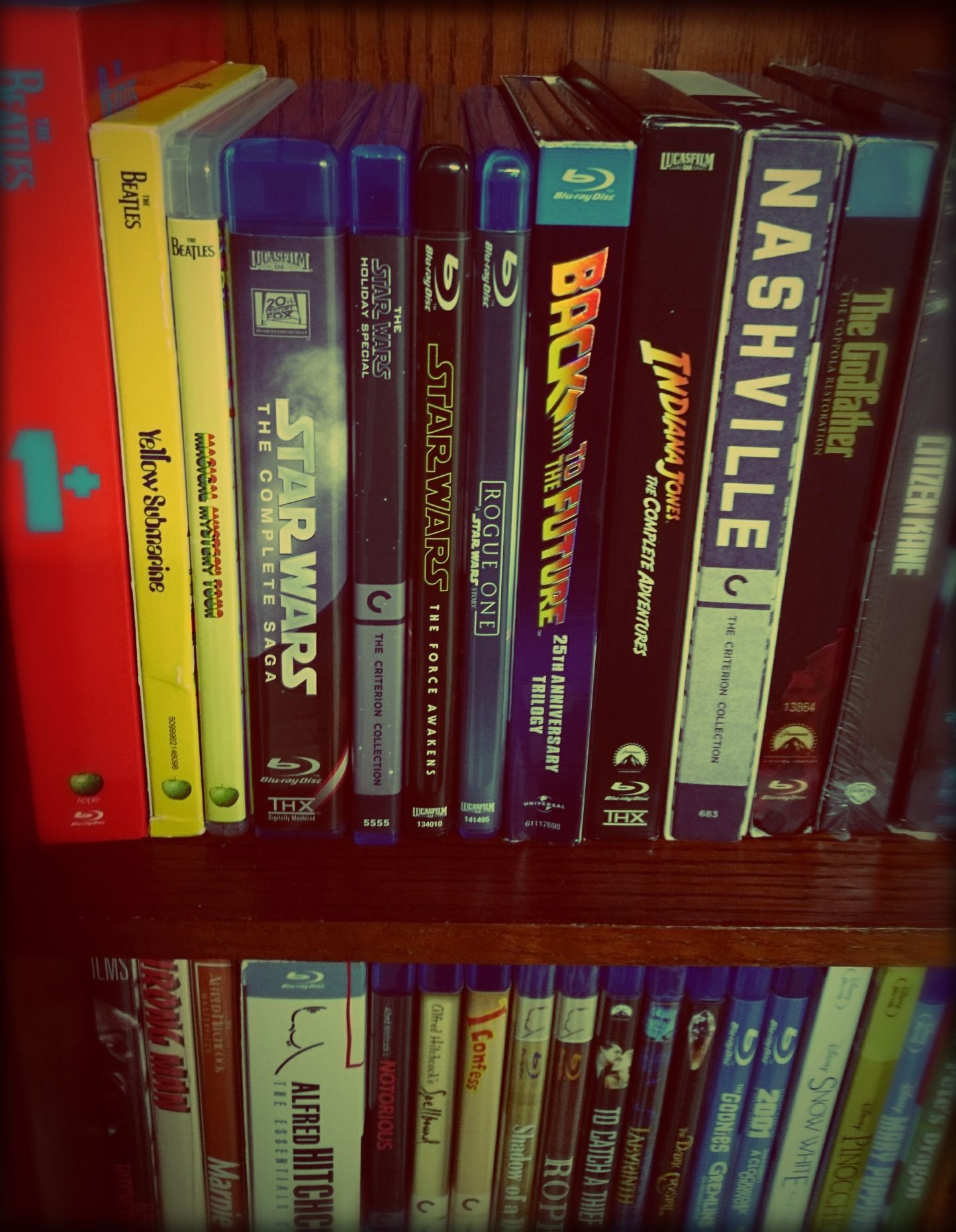 Here it is on my blu-ray/dvd shelf sandwiched between the other Star Wars movies I have. Please download this free high resolution (@ 400dpi) and print it out like me. Don't forget to get a new blu-ray case from somewhere. I got some from Amazon.

I downloaded this version of the movie from Youtube and then I burned this to a blank blu-ray disc. Out of all the many different versions of Star Wars Holiday Special I could find on Youtube, I thought this one had the best picture quality. THANKS TO - Thank The Maker 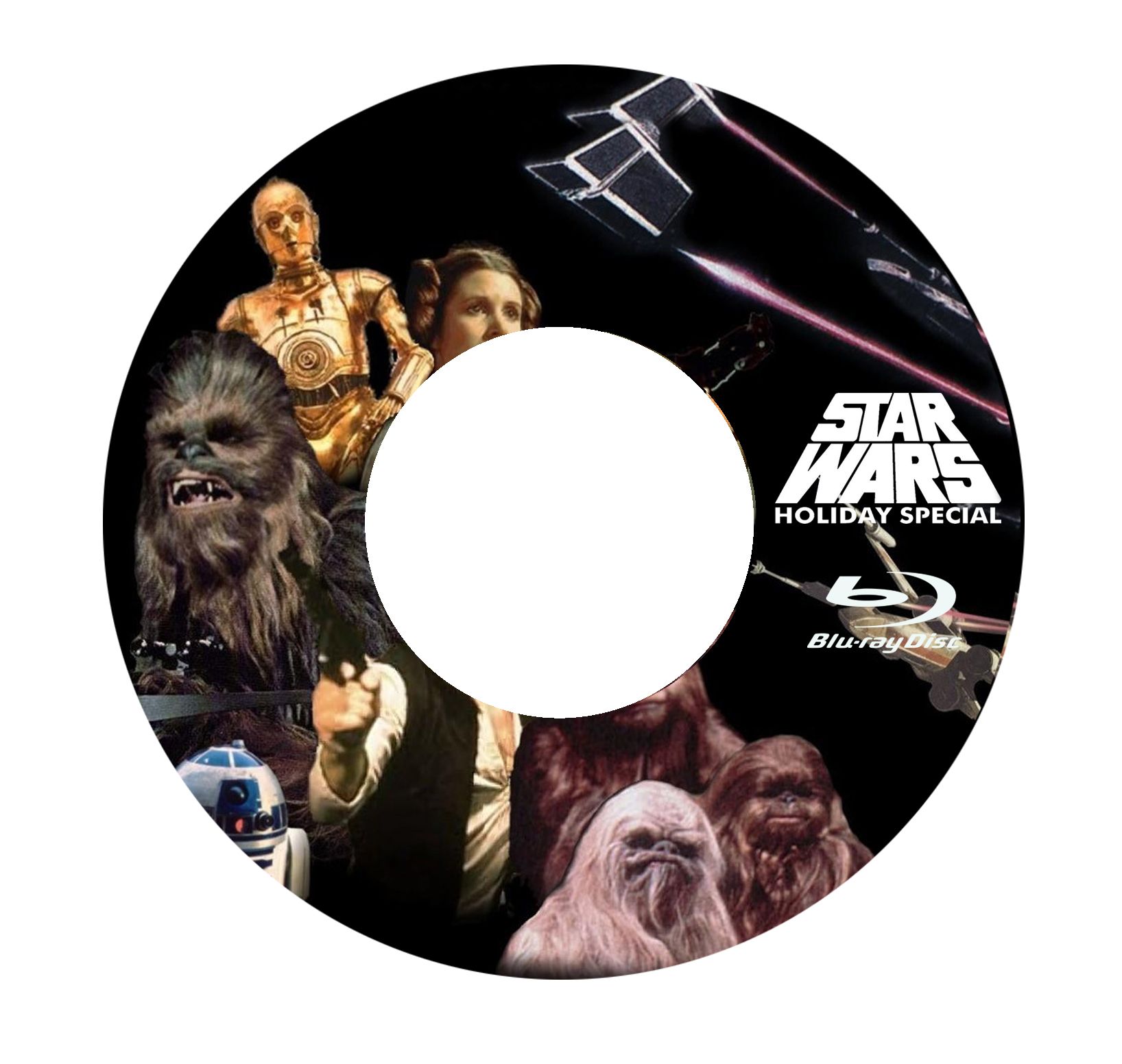 And here is the high resolution label I made with Photoshop to stick on the disc. Feel free to download this too.

I hope you enjoy this and try to make your own.

Super cool and amazing work you have done! Thanks for sharing your talent! I think you have professional and fun ideas... Keep it up! I love that you tried something new and shared it with us!