To be honest, I've known about the pink R2-D2 since quite a while already but to be just as honest honest, other than find it funny then I didn't think more about it. 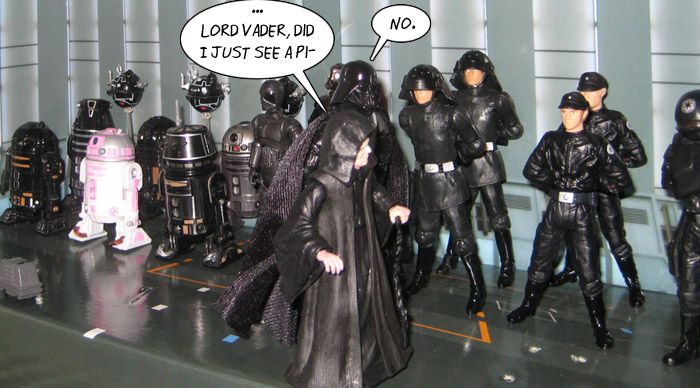 Until yesterday that is. Yesterday when over in Qurites chat we were talking leotards (don't ask!), body suits, and Batman. Which of course led to Batflitty, the Hello Kitty Batman photoshop.

Of course, after Batflitty I was immediately reminded of the pink R2-D2 and decided to investigate a little more what had become of it.

R2-KT was started by a father as a gift to his 7-years old ill daughter when, diagnosed with a terminal brain cancer, she knew her time was coming.

In 2004 Katie was diagnosed with terminal brain cancer. Katie loved Star Wars and loved the color pink. When her health declined to the point she couldn't get out of bed, she said she wished she had a droid to watch over her like R2-D2 watched over a sleeping Padmé in Attack of the Clones."
~ Albin Johnson, Father of Katie on StarWars.com

Albin Johnson could promote the wish of his daughter thanks to the 501st Legion, a costume and builders club Johnson has (co-)founded. Within weeks the 501st Legion Builders Club, and its Garrisons, had collected pieces from all over the world, also thanks to independently organised fundraisers. George Lucas himself even joined in when hearing about the news during a trip to Japan, sending a video "get well" video message to Katie.

Some months later, with help of the R2 Builders, R2-KT (Artoo-KaTee) was ready and it is said the girl kept the fully functional droid at her bedside in her final days.

Since, the droid has been used to visit children's hospitals and spread awareness of pediatric illness by attending Star Wars events, as well as been the focus of many fundraisers.

Until then a part of the Star Wars "fans world", in 2008 R2-KT was introduced to the Star Wars canon when Lucasfilm's Dave Filoni added the astromech droid to the Clone Wars series, in which it would make several appearances.

Yet that wasn't all and Katie's memory would travel much further in the canon of Star Wars, as first announced by Katie's father on Twitter in 2015:

It's official, R2-KT is in The Force Awakens. We just received permission to share the news. #R2KTinStarWars @ArtooKatee #Star Wars

The droid also made it in the popular 2016 LEGO Star Wars: The Force Awakens game, although in the world of Star Wars games are not part of the canon.

While most of its appearances have been in the animated Clone Wars television series, it is quite amazing that a creation from the fans world has made it into the official Star Wars canon. Even more so given that the droid was built as a last gift of a father to his daughter and not as a character in any fan fiction or non-canon literature.

Over the years R2-KT has raised millions of dollars for charity. Everything eventually resulting in three cameos on the silver in a Star Wars movie and becoming part of the official George Lucas Star Wars canon.

Discover more about R2-KT and its official canon background over at Wookiepedia.

Lead photo credit: The Imperial Procession by MSipher on DeviantART

Because we know you all want to see Batflitty... 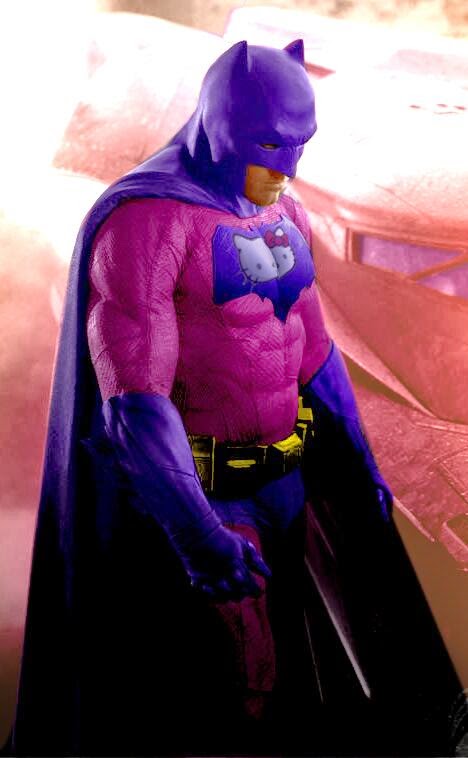 Batflitty at the end got me lol. For some reason, he/she reminds me of the wasabi kit kat :/ Reminds you of wasabi kit kat in the sense that it's so bad it should be forbidden but yet so good, @steemmeupscotty?

Anything that 'bad' is better than good - an East meets West dichotomy of WTF with a smile.