Thanks to everyone who has followed me and upvoted me. It very humbling to know you find some value in content I provide. I shall aim to step it up constantly.

Setting up Smartnodes felt like a roller coaster ride sometimes 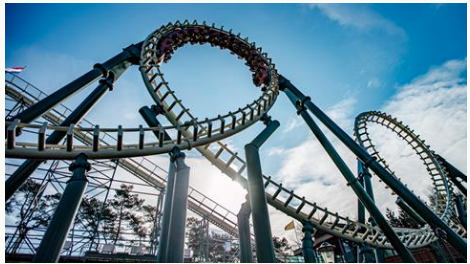 In my previous article. I wondered if I should have started a #smartnode ahead of its launch forfeiting my #smartrewards for January. Well I had the node for a few weeks now and gone through my nodes going off before they actually launch because of my disk space on the VPS being filled up with log files. This I only found out because I was going to show my son what he earned as #smartrewards for January and found my node status "NewStartRequired" (the worse state for your node to be in my opinion especially if have not just set it up). Being an early adopter definitely tasked my patience to its limits with this. It did not help that my then VPS provider Linode did not have an easy or intuitive way to delete the log files. So I did one of the most difficult things for us to do; I started again from scratch, but this time on another provider you would recall was my first choice but due to the 24hour wait they put on my account I went some where else (lesson to self faster is not always better - more haste less speed) This time I included the now available cron jobs to delete log files and to restart #smartnode and a host of other checks.

It was not longer after the smartcash community responded to this need with a smartnode bot for discord and Telegram. I was so excited about this and still am I wrote about it the day it was released. Read about it here
Things were starting to look good except now there was this issue of long waits between node payments

This decision to start again moving from Linode to Vultr (VPS Service providers) though hard, has being a great one. There has been no unplanned down time on Vultr. I only needed to carryout one upgrade to smartcash Wallet 1.1

Now to the real question is how do I access to the Pros and Cons I anticipate in the previous article -https://steemit.com/smartcash/@nitego/why-i-started-a-smartnode-before-snapshot-instead-of-after

THE NUMBERS - Comparison of Two SmartNodes

The frequency and disparity in payments are at best erratic. These are earning for March on both nodes second month of smartnodes being run. This appears to be a fair point to put them side by side as they now have the exact up time as a result of the wallet upgrade to version 1.1. Tell me what you think.
Node 1:

It has been a very eventful two months. Things have now got into a steady flow with flow only a few nodes coming online daily compared to several hundreds being set up previously. Hindsight they say is 20/20 - what would i have done differently knowing what I now know? Two things standout for me

Would I set up a SmartNode again? Absolutely. Passive income streams are always great to have. SmartCash and SmartNode gives me two! Do I like the current returns ? not particularly if I look at todays market price, that being said I always told you all that smartcash for me was long term and long term has not even started. 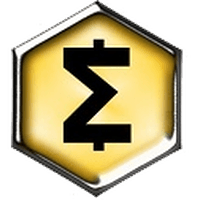 Thank you for visiting me. given the facts above, would you be setting up a new smartnode, or are you having doubts about the one you already have? I like to hear from you all.

Please Read My Other Articles

This is an interesting topic to me. Earning passive income from crypto is an amazing benefit to this setup and something I’m interested in doing. What would you say has been your number 1 resource for getting started? Thanks for the post!

@brettcalloway thank you for read ing my post and for taking time to comment on it. I really do appreciate to comments on my post. To your question my main resource has been the #smartcash discord community for all things smartcash there are loads of helpful people and the channels are organized in such a way you can focus on area of interest. There are alway moderators online, so help is never far away.
If you like to read like me then the following would be a great alternative to speaking with people if you are not so inclined.

Thank you for the info! Much appreciated!

You are welcome. I am on discord with the same name (@nitego) feel free to contact me if you have any questions

THanks for the info! I'll try to set up my SmartNode someday!!

Thanks for the article. Motivating small guys like me to work harder to earn my 10k and start a smartnode. Thanks.

Thanks for the information and such a smooth read. I was wondering what the benefits of running my own node would be and started one a little while ago assuming there wasn't any extra benefits from running one besides the support of being in the blockchain! Thanks...I'm going to research more about my own node and step up my game! -Respect

@steviecrypto thanks reading my post and leaving a comment. I believe the benefit of running a node for me is the long term accumulation of #smartcash through #smartrewards and #noderewards. You will always end up with more smartcash than you started with. Seeing smartcash has a very strong and diverse community, it is my opinion there is room for growth.

Thank you again. Between you and another buddy here, I am slowly become swayed to running a node...or two! Good luck and thanks for the help, info and insight. -Respect

@steviecrypto do make sure you do your own research and ensure #smartnodes are a good fit for you. Take a look at the instructions to set up a node and see if it makes sense to you. There are probably a few files/folders you would be directed to on your PC/Mac that you may never have touched prior. Get comfortable navigating the folder structure and understanding the instructions on the document.

Thanks again. I'm definitely preparing to run a node or two, I'm just wondering the best token to run it for. More research will be done! Thanks again for your help. Keep up the great work! -Respect

I previously tried to run a masternode of another coin sometime last summer. I was so frustrated I sold all the coins at a loss - I wanted nothing to do with them. Their document was so bad i had to fill in gaps from DASH and PIXV documentation on steps they had missed. When #smartcash started its #masternode. It was my intention to just walk throught the document to see if i could do it. It the instructions aligned with what i saw on the VPS or my Computer. I assumed i would get stuck. That was not the case, instead i found myself with a #smartnode set up setting on my bed! while just reading the steps and doing them. From what I see on our support channel some people require a lot more support as VPS and Nodes is not something the average computer literate person does everyday. When you finally decide choose a coin with a good support system. If you want an idea of what it should look like come on our discord server. Read the challenges some node owners have had. Note the timing from question to answer. If you do not see the response in the thread you can be sure a moderator or Dev has contacted the person directly to solve the issue. (I know because it has been so for me). All the best in you search. Do keep me posted on your choice.

Cool article! Hopefully i will be part of the masternode-club in the near future and i think more people will get into masternodes when the marketvalue of SmartCash is rising to past heights ;)

Thanks for taking time to comment. If people are waiting for the price of smarts to be high before they get in they may have another #DASH situation million dollars smartnodes. Wont that be just great.

Thanks @kasou80 waiting for another awesome banner from you. I will be look forward to your april entry.

Thank you. I hope I have the time though. :)

what will we do without your beautiful artistic creations to feed our souls?

That's very nice of you. You flatter me too much hehehe. Appreciate your confidence in me. Thank you.

Fantastic post! I have been wondering about doing this!

@sequentialvibe thanks for stopping by and leaving a comment. If you are thinking about doing this. The current price is a good price to buy at even if you are undecided on the smartnode part of it. This is what I am currently doing while I decide on setting up more nodes

Spot on advice! Thanks.

Great article and have resteemed it. I wanna set up a node soon, so it was good to see your experience with it.

@newall thank you for leaving a comment. I am glad you found this useful.

thanks for the article. Very interesting.

Ok. I will visit there.

Σ$$$ Tipped @nitego Σ275 SMART! Comment @smartbot help to claim. Currently the price of SmartCash in the market is $0.083 USD per SMART. Current value of the tip is $22.83 USD. To find out more about SmartCash, please visit https://smartcash.cc.

Wow, uve come a long way and i guess u hv a long way to go too, am very much interested in this article and would like to know more about these currency and how i cn get involved, any pointers?

Σ$$$ Tipped @nitego Σ20 SMART! Comment @smartbot help to claim. Currently the price of SmartCash in the market is $0.085 USD per SMART. Current value of the tip is $1.70 USD. To find out more about SmartCash, please visit https://smartcash.cc.