Good day Steemit :)
Iam a 90s Kids and Iam being inloved in the game in 90s games.
In this time there no laptops and Ipad or Some kids want to play with friends than to play in Electronics. 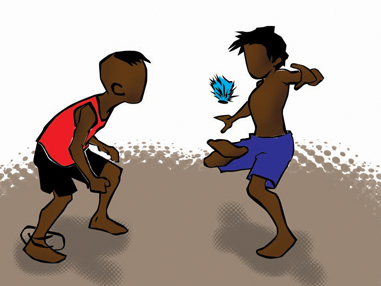 Most of us don’t spend our Piso just to create a sipa. Everybody can do it easily using Piso and candy wrapper or paper and the Gomma. Just Fold the Piso using Candy Wrapper and tie it using Gomma. Using your elbow or foot, don’t let the sipa fall in the ground or you’ll be the next Taya. 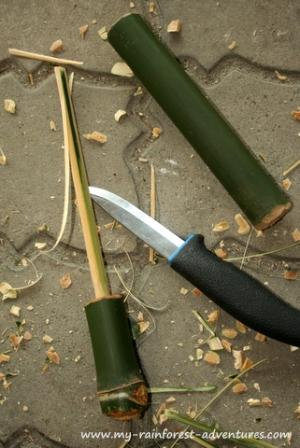 Kids in barrios really love this game. Using a gun-like bamboo stick loaded with a paper or papaya, hit the other team gunner just like a war. Boys love this game so much. This was the most popular game in our generation before. Most kids play this on Park.
So here’s how to play this. 2 kids should serve as tinik (thorns) by sitting while putting their foot above the other, at the same time raising their hands just like in the picture. It will gradually be raised up if the team succeed to jump higher than the tinik. 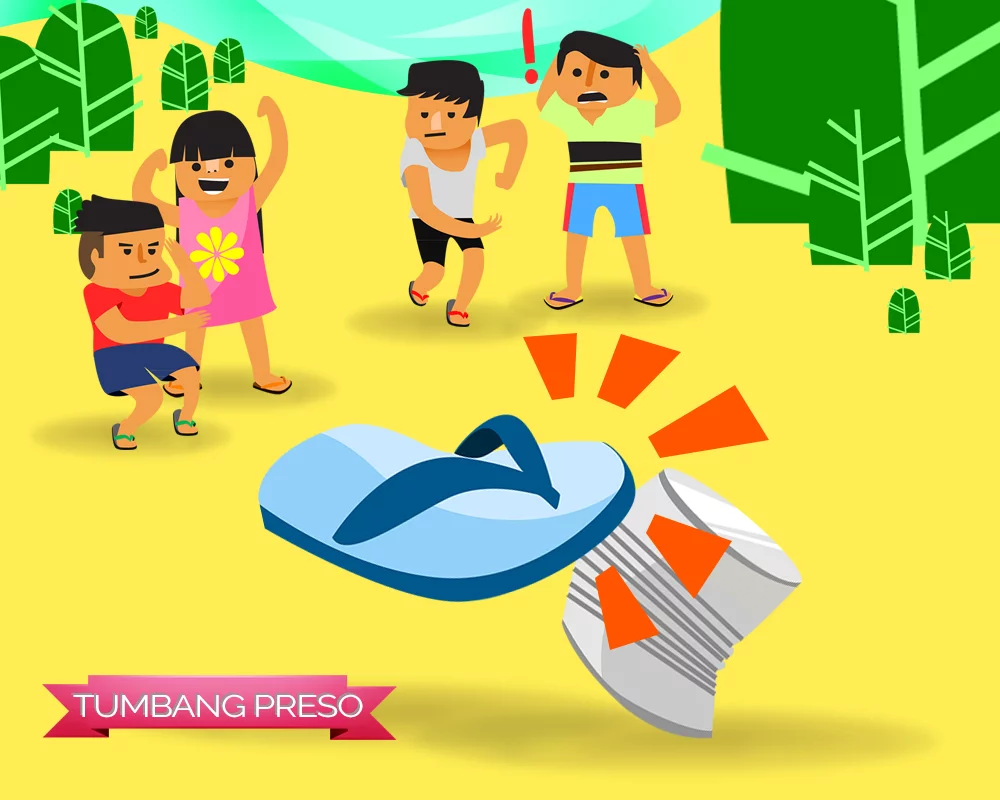 This game is played by hitting the a tin can using a slipper. A taya guards the tin can. If the opponent did not hit the lata using his pamato, the opponent should stay near his pamato and wait for its teammates’ turn. If his teammates hit the tin can, everybody who haven’t hit it should pick up their slippers and run like chased (after picking up the lata and putting it to original position) will chase after them. If the other player get caught, then it will become the new guard. 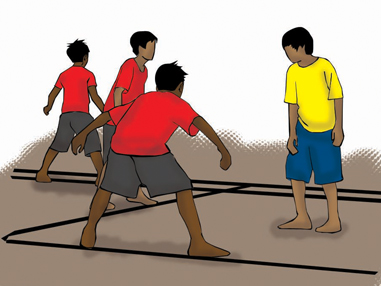 The best game ever. Most kids are on the silent streets playing this game. The rule is simple, don’t let the bantay’s or opponent team tag you or your team will be the next bantay. The bantays can only step in the line so stay out of it, if one of you successfully cross the final horizontal line, you team gets 1 point. A taya should sing some song or count from 1 to 10 in a base(wall) after that, everybody should have gone to somewhere to hide.

While the taya is looking, the players should do the stealth mode to get to the base and tap it in order to be saved. The first one got caught without touching the base becomes the new taya.

Hope you like my blog. And you can relate this topics.
Thank you also for supporting me.

Please also support @surpassinggoogle as a witness by voting him at https://steemit.com/~witnesses and type in "steemgigs" at the first search box.

If you want to give him witness voting decisions on your behalf, visit https://steemit.com/~witnesses again and type in "surpassinggoogle" in the second box as a proxy.

Wow! I miss being a kid with this post of yours man. It is funny how years have come so fast.