The Science of Volcano | Volcanism

mikekenlytungal (58)in #science • 3 years ago (edited) 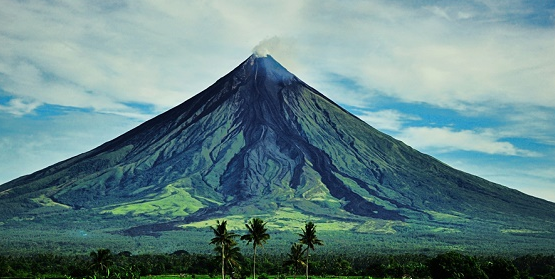 "Beautiful as you can see yet dangerous as it can be."

When I was a kid, I've always been fascinated of unique and astonishing views. That's why one of my goals in life is to visit the known and active volcano in the Philippines - the Mayon Volcano.

Mayon Volcano is considered as the perfectly shaped volcano in the Philippines; but beware, it is our most active volcano. If I was not mistaken, there are around 50 volcanoes in our country and only 8 of them are recently considered as active. These volcanoes are Mt. Taal, Mt. Kanlaon, Mt. Bulusan, Mt. Smith, Mt. Hibok-hibok, Mt. Pinatubo, Mt. Musuan and Mt. Mayon.

The recent news about Mt. Mayon

For the past 2 decades since 1997 to 2017, there were four (4) major eruptions of Mt. Mayon recorded by the Philippine Institute of Volcanology and Seismology (PHIVOLCS). And this time around, it seems like the volcano is showing again some signs for eruption. See the news of CNN.

I think we already know what is a volcano is, and the difference between lava and magma; it was introduced during our elementary days. Earth has a tremendous internal heat, and volcanoes are evidences; making it to release into the surface. Volcanism is the activity of expulsion of lava and other related materials such as rock fragments, ash etc. Volcanism is an endogenic process because the energy of releasing such materials are derived from the internal heat of the planet.

Why do volcanoes erupt?

It is the first question to be answered when studying volcanism. As what I have remembered, magma is actually a mixture of solid, liquid, and gas components while lava is the erupted hot molten rock from the volcano.

The difference in temperature between magma and its surrounding rocks allow it to become more buoyant, enabling it rise to the surface. Eruption of lava is very explosive depending on the amount of volatiles that is separated from the magma. To simply explain such phenomena, we'll take the analogy of volcanic eruption to the bottle of carbonated drink. I think we all know what will happen if coke is undergone a lot of pressure. Carbonated drinks contain large amounts of dissolved particles/matters that are under pressure. As soon as you open a bottle or a can, the pressure from the outside comes in contact with the pressure from the inside.

Once the contact happens, there will be an "escaped" gases, forming bubbles, which rises quickly to the surface. The same concept as eruption, the presence of matters will be expelled; sometimes violently when there's too much volatiles from the inner surface. In some cases, an eruption is calm; this is because the volatiles are already escaped before reaching the subsurface.

Parts of a Volcano 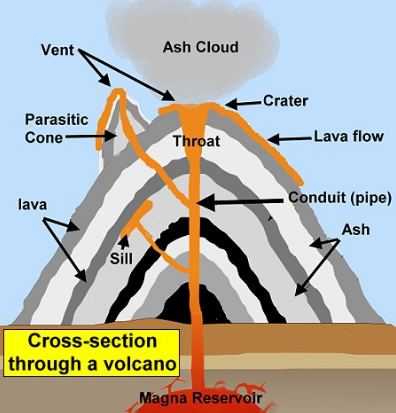 In reality, the only thing we see in the picture of erupting volcano are its perfect curve, dark clouds and astonishing color red of lava and magma. But there are at least 12 parts of a volcano when we see it in its cross sectional area.

Types of Volcanoes according to its shape The most famous cinder cone, Paricutin, grew out of a corn field in Mexico in 1943 from a new vent. Eruptions continued for nine years, built the cone to a height of 424 meters, and produced lava flows that covered 25 km². The Earth's most historically active cinder cone is Cerro Negro in Nicaragua. Wikipedia

Cinder cones are mostly made up of pyroclastic fragments which sustains steep slope and does not spread out as much as lava. Because of this, cinder cones don't grow as extensive as shield volcanoes and are limited in height.

Mauna Kea, Hawaiʻi, a shield volcano on the Big Island of Hawaii Wikipedia

Probably the most spectacular image of a volcano. Shield volcanoes are made from multiple sequences of low viscosity lava piles up on top of each other. For an observer, shield volcanoes would look like very broad shield with very low slopes because runny lava tends to spread easily.

Mount Vesuvius near Naples, Italy, erupted in 79 AD. The last eruption of this stratovolcano occurred in March 1944. Wikipedia

Stratovolcanoes appear as "not-too-wide" shields but "not-too-steep" cinder cones. It looks exactly like the volcanoes you draw in your preschool art days; majority of volcanoes here in the Philippines are of this type. Image of the rhyolitic lava dome of Chaitén Volcano during its 2008–2010 eruption. Wikipedia

A lava dome or volcanic dome is a roughly circular mound-shaped protrusion resulting from the slow extrusion of viscous lava from a volcano. The geochemistry of lava domes can vary from basalt to rhyolite although most preserved domes tend to have high silica content.

Personal thoughts: If fairy tail is true, I think I'd be living in a lava dome volcano. Spectacular, indeed! 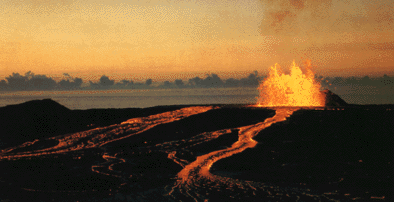 A Hawaiian eruption is a type of volcanic eruption where lava flows from the vent in a relatively gentle, low level eruption; it is so named because it is characteristic of Hawaiian volcanoes. Typically they are effusive eruptions, with basaltic magmas of low viscosity, low content of gases, and high temperature at the vent. Strombolian eruptions are relatively mildly explosive, with a volcanic explosivity index of about 2 to 3. They are named for the Italian volcano Stromboli, which is the eponym for the type. Strombolian eruptions consist of ejection of incandescent cinder, lapilli, and lava bombs, to altitudes of tens to a few hundreds of metres. The eruptions are small to medium in volume, with sporadic violence. 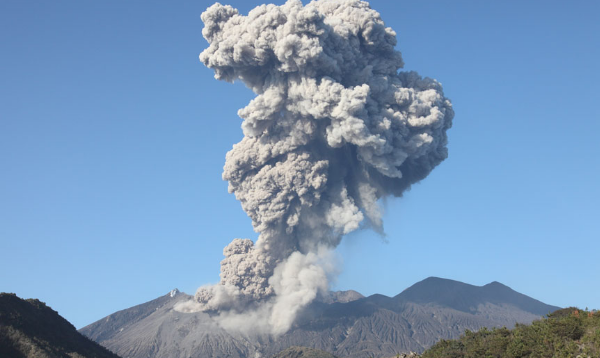 An explosive type of volcanic eruption that occurs when the pressure of entrapped gases in a relatively viscous magma becomes sufficient to blow off the overlying crust of solidified lava. Plinian/Vesuvian eruptions are marked by columns of volcanic debris and hot gases ejected high into the stratosphere, the second layer of Earth's atmosphere. The key characteristics are ejection of large amount of pumice and very powerful continuous gas-driven eruptions. 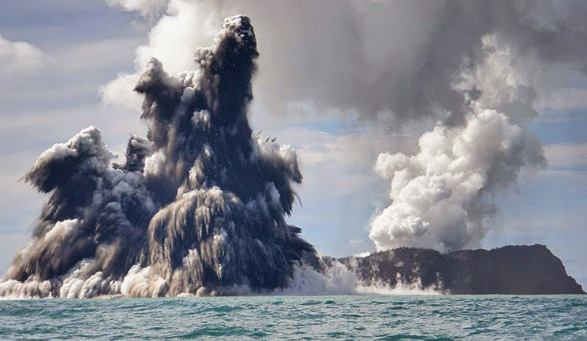 A Surtseyan eruption is a type of volcanic eruption that takes place in shallow seas or lakes. It is named after the island of Surtsey off the southern coast of Iceland.

We should remember that no eruption is completely identical with another even if they are from the same volcano. Eruption styles will vary from time to time and is a case-to-case basis for every volcano.

Volcanoes are probably one of the natural geologic hazards we can be able to prepare ourselves beforehead. This is because we are able to monitor and record their behaviour. Although we are not 100% sure whether a volcano will erupt or not, a good percentage of knowing when it might erupt makes a big difference when talking about human lives.

Because volcanism is influenced by the magma that is moving underneath, listed below are some events that could happen before an eruption:

We should always put to mind that even if a volcano does not show signs of activity, it can still erupt without warning with a very slim chance. Proper knowledge about preparedness and the knowing the risks of living beside volcanoes is also important.

Volcanoes, no matter how dangerous they may seem, are already a part of human-earth interaction.

Understanding volcanism has lead us to realize that the earth is undergoing changes from within. Volcanoes are indeed one of nature's most beautiful landforms.

Volcanoes are indeed one of the greatest things earth has ever made. Probably, they are the most powerful yet beautiful existence in violent way.

I also used to love volcanos as a kid! Thanks for the flashback :)