Why Alcohol Can be Burning, Whereas Water Actually Turn Off the Fire???

Explanation of Hydrogen and Oxygen 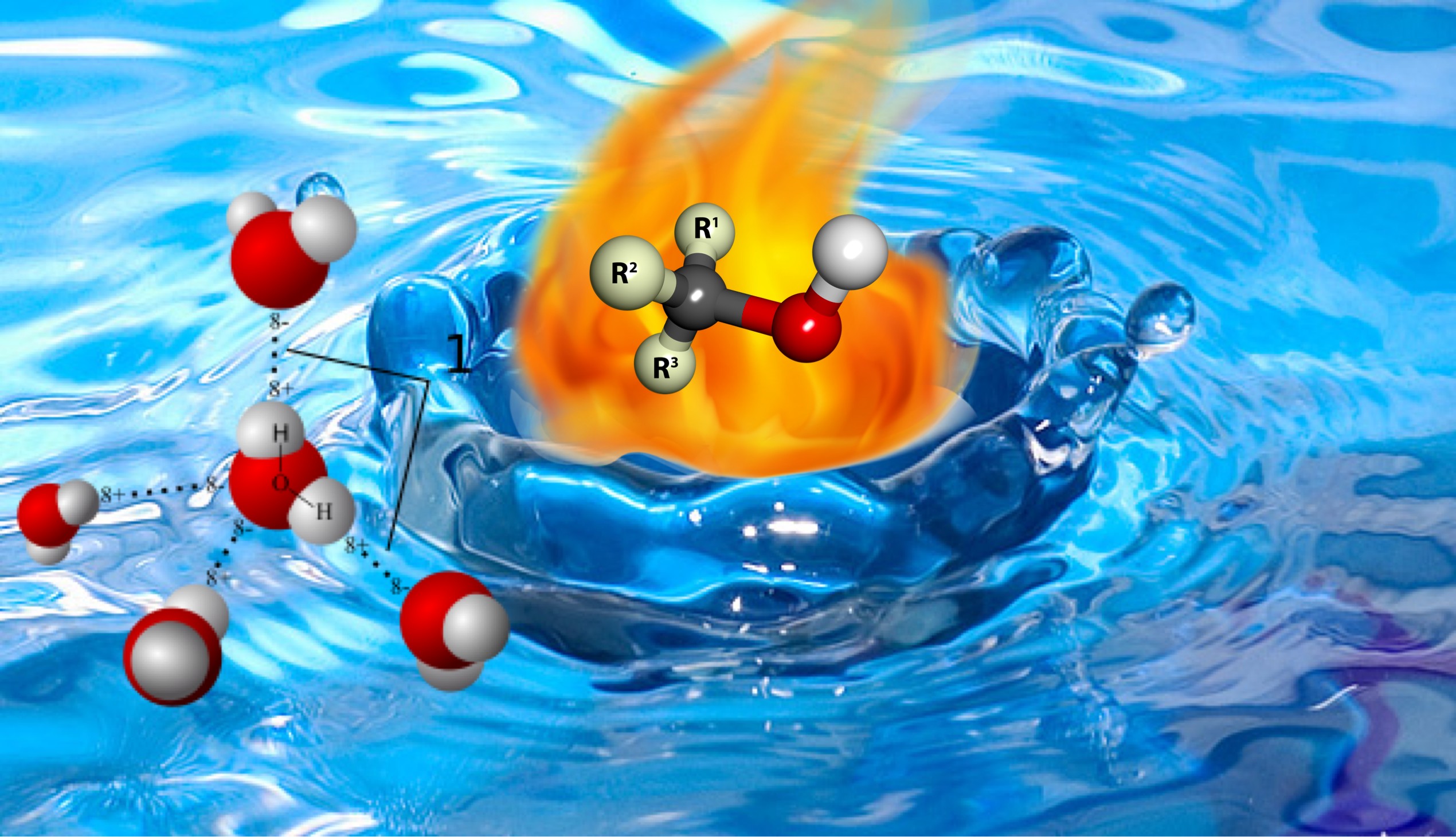 It is difficult to define chemistry to cover all scope of chemistry. Shortly, we can say chemistry is the science of understanding and engineering of matter. Engineering is transform of material to another. To be engineering, the experts need to understand chemistry, which knows the structure, and properties of material. Therefore, Chemistry can be defined as the study of composition, structure, nature, change, matter, and energy accompanies the change.

What are Water and Alcohol Mean ?

Water is colorless, tasteless and odorless under standard conditions, at 100 kPa (1 bar) pressure and temperature of 273.15 K (0 ° C). This chemical is an important solvent, which has ability to dissolve many other chemicals, such as salts, sugars, acids, some types of gases and many kinds of organic molecules.

Water is referred as universal solvent because water dissolves many chemicals. The water in dynamic equilibrium between liquid and solid phases under standard pressure and temperature. In ionic form, water may be described as an associated hydrogen ion (H +) with hydroxide ion (OH-).

The liquid state of water is uncommon state under normal conditions, moreover taking of relationship account   between other similar hydrides of oxygen column on the periodic table, which implies water should be gaseous, as hydrogen sulfide.

In the periodic table, it appears the elements surrounding oxygen are nitrogen, flour, and phosphorus, sulfur and chlorine. All of these elements when bonded with hydrogen will produce gas at normal temperature and pressure. The reason why hydrogen binds oxygen forms a liquid phase of existence, because oxygen more electronegative than other elements (except flour).

The pull of oxygen atoms on electrons bond is stronger than hydrogen atom which leaving positive amount of hydrogen atom charge , and amount negative charge of oxygen atom. The presence of charge each these atoms makes water molecule has of dipole moments. Electrical attraction between water molecules due to dipole makes each molecule close together, it difficult to separate and raises of water boiling point. This attraction called as hydrogen bond. Alcohol (ethanol) is a compound of carbon, hydrogen, and oxygen and ita chemical compound with formula CH3OH. It simplest form of alcohol and a light, volatile, colorless, flammable, and toxic liquid in  "atmosphere state", with distinctive odor (smells lighter than ethanol). It used as an anti-frozen coolant, solvent, fuel and as additive for industrial ethanol.

Methanol produced naturally by anaerobic metabolism of bacteria. The result of process is methanol vapor (in small amounts) in the air. After a few days, the methanol vapor will be oxidized by oxygen be carbon dioxide and water cause of sunlight.

The reaction of methanol burns in the air is as follows:

The fire from methanol usually colorless. Therefore, we must be careful with burning methanol to prevent injury from unseen fires.

The tendency of an organic solvent be flammable, determined by flash point, burning point, and area of