The Different of Gemstone Mineral in Chemistry Version 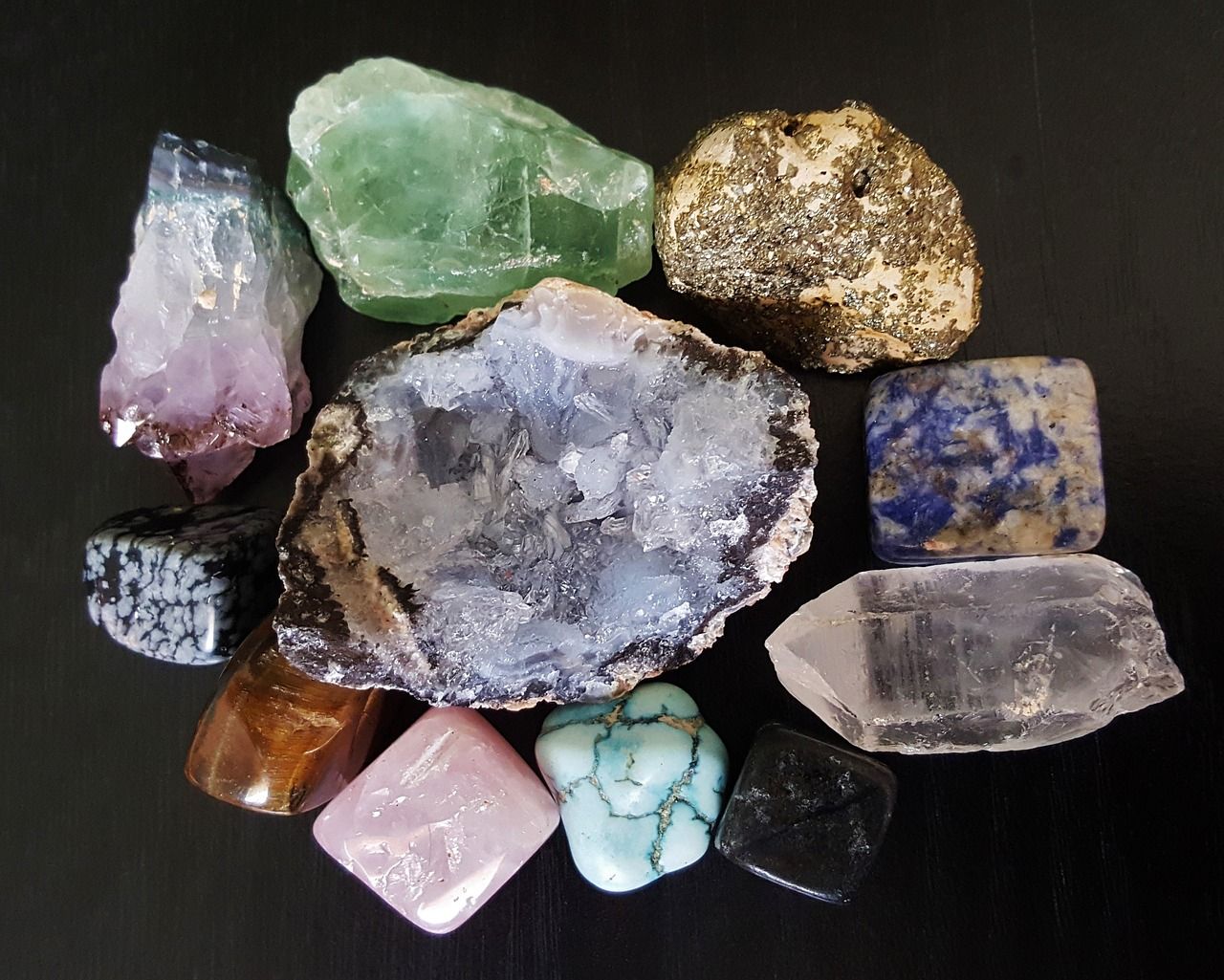 Nearly 90% of rock forming minerals are from this group, which is a compound between silicon and oxygen with some metal elements. Because it has large amount, almost 90% of the Earth's crust is made up from silicate minerals, and nearly 100% of Earth's mantle (up to 2,900 km of Earth's crust). Silicates are the main parts of make up rocks, whether sediments, igneous rocks or rocks. The common rock-forming silicate is divided into two groups, namely the ferro magnesium and non-ferro magnesium groups. The Silicate mineral namely :

Generally has a dark or black color and large density.

Olivine: known for its olive color. Specific gravity ranges from 3.27 to 3.37, growing as a mineral that has a less than perfect split area.

Augitite: the color is very dark green to black. BD ranges from 3.2 to 3.4 with the intersecting plane intersecting almost perpendicularly. This split field is very important to distinguish it from hornblende minerals.

Hornblende: the color is green to black; BD. 3.2 and having a split plane intersecting at an angle of approximately 56 ° and 124 ° which is helpful in recognizing it.

Biotite: is a flat-shaped mica mineral that can easily be exfoliated. In a thick, dark green to brown-black; BD 2.8 - 3.2.

Feldspar: Is the most rock-forming mineral. Its name also reflects this mineral found in every field. Feld in German is field (Field). The amount in the Earth's crust is almost 54%. The names given to feldspar are plagioclase and orthoclase. Plagioclase can then also be divided into two, albite and anorthite. Orthoclase are those containing potassium, albite containing Sodium and Anorthite containing Calcium. Orthoclase: have a distinctive color that is white gray or pink. BD. 2.57.

Quartz: Sometimes called silica. Its only rock-forming mineral consisting of silicon and oxygen compounds. Generally comes with colors like smoke or smooky, also called smooky quartz. Sometimes it could be purple color or red-violet (violet). Such quartz names are called amethyst, red massif or pink, yellow to brown. Various colors are caused by other elements that are not clean.

Formed as a result of a direct compound between oxygen and certain elements. The arrangement is simpler than silicate. Mineral oxides are generally harder than other minerals except silicates. They are also heavier except sulphide. The most important ingredients in the oxides are iron, chroom, manganese, tin and aluminum. Some of the most common oxide minerals are ice (H2O), corundum (Al2O3), hematite (Fe2O3) and cassiterite (SnO2).

It is a direct mineral compound of certain elements with sulfur (sulfur), such as iron, silver, copper, lead, zinc and mercury. Some of these sulphide minerals are present as materials having economic value, or ore, such as pyrite (FeS3), chalcocite (Cu2S), galena (PbS), and sphalerite (ZnS).

Is a compound with ions (CO3)2-, and is called carbonate, for example compounds with Ca are called calcium carbonate, CaCO3 is known as calcite minerals. This mineral is the main structure that forms the sedimentary rock.

The strength of a gemstone power or scale of mosh is measured by compound of Oxygen molecules binding on Silica, the more Siloxane cluster (SiXOY)in a component the more high of the mosh scale.