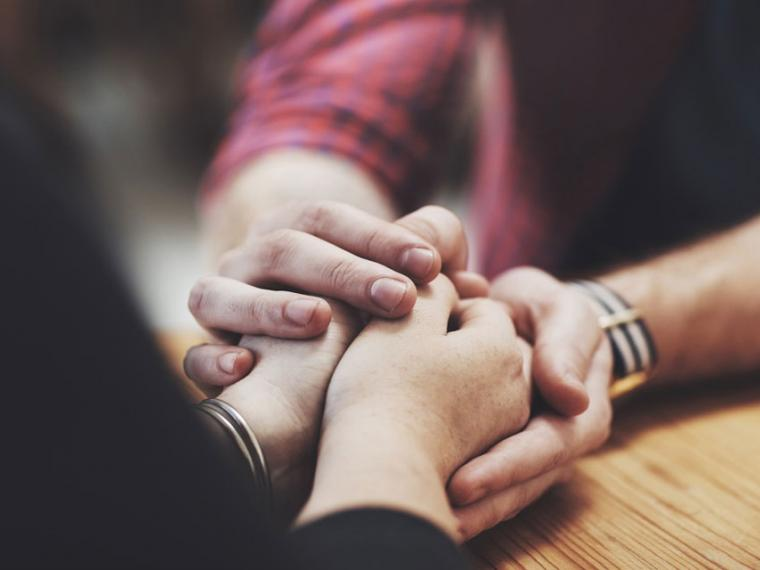 According to a new study, the grip of hands produces a cerebral connection that leads to an analgesic effect of physical pain.

A group of researchers at Johns Hopkins University (USA) has shown scientifically that shaking hands with another person can relieve pain.

This is because when two people hold hands , a kind of connection occurs . This has nothing to do with the sentimental or affective plane, but rather there is a synchronization between some organs and, as a consequence, an exchange of information between bodies .

The results indicate that grabbing our hands when we suffer from some pain increases the network of coupling between brains , which correlates with the magnitude of the analgesia and the empathic precision of the observer.

The aforementioned " analgesia " is defined by the Royal Spanish Academy as the lack or reduction of painful sensations , which does not affect the other senses . According to some theories, this can occur in three ways: local (affecting a small area of ​​the body), regional (widening the area of ​​affection) or systemic (total).

As they point out, the mechanisms underlying analgesia related to social character are not clear. Although recent research highlights the role of observer empathy in pain relief, the contribution of social interaction to analgesia is unknown.

When two people hold hands, there is an exchange of information between bodies.

The study consisted of observing the brain-brain coupling during pain with contact between people , thus assessing the participation of intercerebral synchrony in pain relief .

For this, it counted with the participation of different romantic couples to whom they were assigned a different task. For each couple, one of the persons had to be the receiver of pain (objective), while the other had to be simply observer of the suffering of the other (observer). The tests were also performed with opposite simulations, for example, without using real pain and without contact between them.

The findings indicate that hand retention during pain management increases brain-brain coupling. This occurs in a network that mainly involves the central regions of the pain target and the right hemisphere of the pain observer. According to the researchers, the discovery "makes a unique contribution to our understanding of the physiological mechanisms of touch- related analgesia."