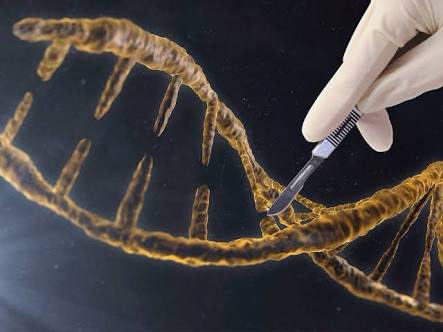 It's in the news so much we do not question it. This particular science is taking over the world. But in order to understand Gene Editing, we must first understand DNA.

DNA (deoxyribonucleic acid): In general, DNA is the genetic information that dictates our past, our present and our future. It is known as hereditary material in humans. Nearly every cell in a person’s body has the same DNA. Most of this DNA is located in the cells nucleus.

Information in DNA is stored as a code made up of four chemical bases: adenine (A), guanine (G), cytosine (C), and thymine (T).

These are the codes scientists aim to focus on by using a technique called CRISPR-Cas9, this enables unique sections of DNA to be altered, so they can repair various diseases such as mutations and heart disorders, and give a perfect beginning for embryos. This method of DNA editing is simple and precise- desired modifications will take effect exactly how the scientists predict. The CRISPR work like microscopic scissors to snip out unwanted or unhealthy parts of DNA and replace them with healthy ones. With these systems, researchers can permanently modify genes in cells and organisms and, within the near future, can also make it possible to isolate mutations in particular locations inside the human genome to eradicate the cause of the sickness on the gene level- before it becomes a problem. 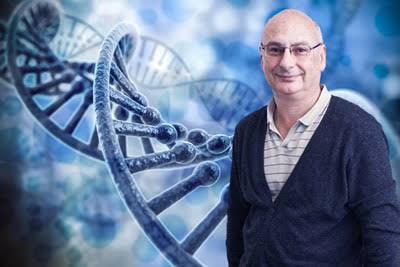 Francisco Mojica was the first researcher to isolate what's now called a CRISPR in 1993. He worked on them during the 1990s, and in 2000, he found that what had been seen as random sequences actually shared a common set of features.

In 2005 he stated that those sequences matched snippets from the genomes of bacteriophage. This led him to conclude that CRISPR is an adaptive immune system. Additional studies discovered that the non-repeating spacers among each phase of the DNA pattern were copies of the DNA of dangerous viruses that had previously posed a hazard. The virus microorganisms have been retained in a log in the DNA in case the human host were to stumble upon them again!

The funny part is that this type of human genetic engineering was once feared and unthinkable. Scientists have long been terrified of the unforeseen medical consequences of making changes to human DNA. But now things have changed.

Gene editing may one day protect babies from a variety of hereditary conditions. just think- a baby of parents with a history of congestive heart failure is born without that gene! And never has to worry about their heart!

Scientists plann to focus on a protein known as OCT4, which is referred to as a marker for pluripotent stem cells—cells that can be formed into any tissue- heart, lung, skin, etc.

Gene editing changes are permanent and will be passed down, generation to generation. Essentially eradicating all hereditary conditions. Techniques and Procedure of genes Editing:

CRISPR-Cas9 are being applied to the sperm of infected donors. This will allow the scientists to determined how the CRISPR-Cas9 scissors are going to work- by cutting off the portion of the DNA with the mutation and replacing it with a healthy copy of the sequence from the mother genes. 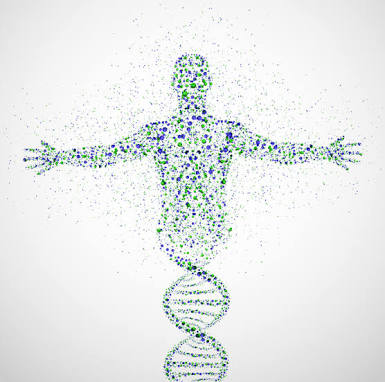 There are two techniques used by scientists to remove a dangerous mutation:

In the old technique: genetic “scissors” were inserted into fertilized eggs.The mutation was repaired in some of the resulting embryos but not in every cell. The new technique works best: By injecting the “scissors” along with the sperm into the egg, more embryos emerged with repaired genes in every cell.

What Scientists have to say about the future and significance of CRISPR-Cap9 to humanity: 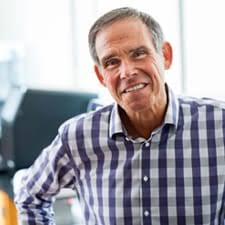 Genetics expert, Dr. Eric Topol, director of the Scripps Translational Science Institute in La Jolla, California said “gene editing of embryos is an unstoppable, inevitable science, and this is more proof it can be done."

Countless experiments are in the works in the U.S using gene-edited cells to try to treat people with various diseases. Dr. Robert C. Green, a medical geneticist at Harvard Medical School, said “the prospect of editing embryos to avoid disease is inevitable and exciting, and with proper controls in place, it's going to lead to huge advances in human health."

“The need for it is clear, Research has shown that there are far more disease-associated mutations in the general public than was previously suspected before” 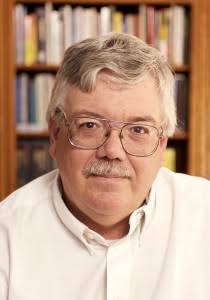 Hank Greely, a director of Stanford University's Center for Law and the Biosciences said “CRISPR is the most exciting thing I've seen in biology in the 25 years I've been watching it, with tremendous possibilities to aid human health.”

This is just one of many steps advancing the science, and there are regulatory safeguards already in place. "We've got time to do it carefully," he said. Michael Watson, a executive director of the American College of Medical Genetics and Genomics, said “the college thinks that any work aimed at pregnancy is premature, but the lab work is a necessary first step.That's the only way we're going to learn if it's safe or feasible” he said. 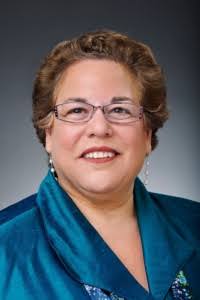 University of Wisconsin-Madison bioethicist, R. Alta Charo she said "This was purely laboratory-based work that is incredibly valuable for helping us understand how one might make these germline changes in a way that is precise and safe. But it's only a first step," she added "We still have regulatory barriers in the United States to ever trying this to achieve a pregnancy because of limits set by Congress.”

The virus microorganisms have been retained in a log in the DNA in case the human host were to stumble upon them again!

No no, CRISPR is a prokaryotic adaptive immune system. Humans do NOT have this system.