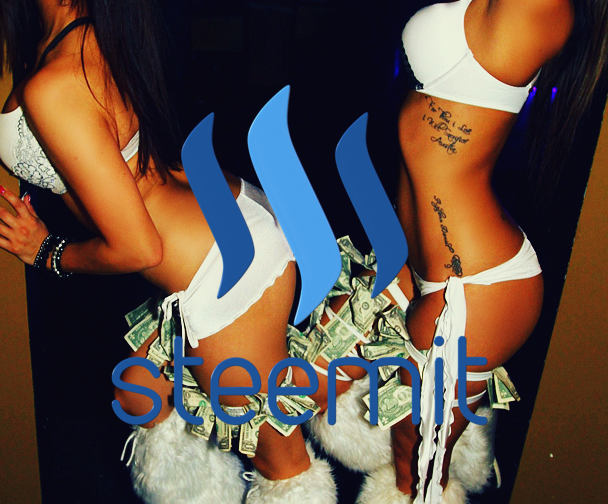 When I began Steemiting, it was for fun, except for the publishing process, which was not fun at all; endlessly staring into blue & white screens for what seemed eternity, before returning to "normal life". On the upside, I don't have a job, I am officially unemployable, working in an all-the-timer entrepreneur position as Steemit Evangelist, Pro Blogger. To make a long story short; YouTube had paid me nothing, then Steemit came along. And they lived happily ever-after. WOW! Being paid by Steemit has been life-changing, and I don't say that lightly. The first thing I did was sign up @SebCam and almost a year later I learnt that I was auto-logged in on my Steemit account on my silver mac laptop, but had no idea what that crazy long Steemit password was?! I was seeing little black dots blanked out, and trusting all my STEEM money in this one laptop powering up!! After a few daring brushes with black-screens-of-death, I thought this was the beginning of the end for that Macbook. So I created a backup plan, an alternative steemit blog to host more of my “Adult-related” SebCam, with my unique Playboy TV Show, behind the scenes @SebCamTV which is my brand for this unique genre. 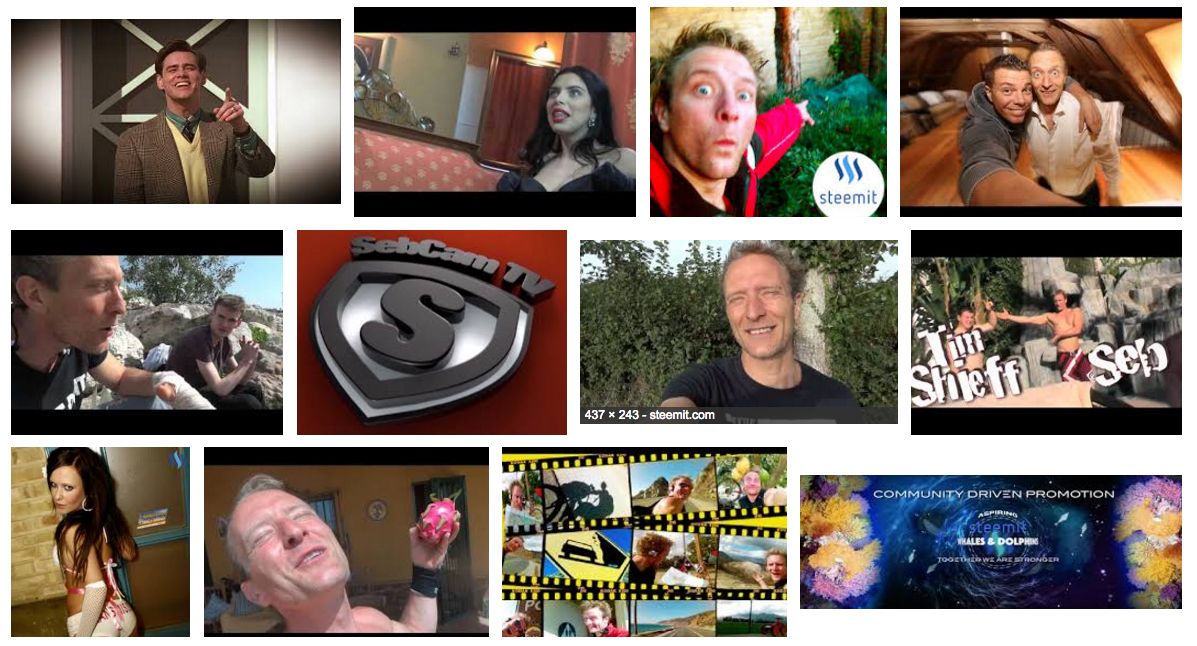 Soon after, another branded extension of my entrepreneur experimentalism is @ravegirl which features a very specific genre of female, the rave babe. In the beginning I'd share some of these with the original @SebCam audience, especially enjoying “Babe of the Day”, which I will continue, and re-vamp. For more in depth digital raving articles, I share the task of publishing with one of the rave girls on my team, she logs in remotely from her location with the Steemit Posting Key. I feel that this kind of collaborative teamwork on Steemit lightens each load, allowing space for genius to grow in one's select field. Our goal is create unique steemit digital rave experiences that are artistically colourful and bright, attention grabbing and sexy. Therefore we combine images we have taken ourselves with the finest connoisseur selection of sexiness we have found to create the fantasy experience originally envisioned; full of babes, colour and wonder. The concept of the digital rave was born on Steemit, and shall remain on Steemit. Rave ON. Steem ON ...awake until next tuesday!

More emphasis will be made to reference the imagery that has NOT taken by @SebCam @ravegirl or photographers working for @SebCamTV. Images/videos NOT taken by us, will be referenced below, otherwise assume we're behind the camera. We have DTube branded our videos, making the effort to promote the future! We are professionals, who've have studied in the art of rave booty since WESTFEST 2011. 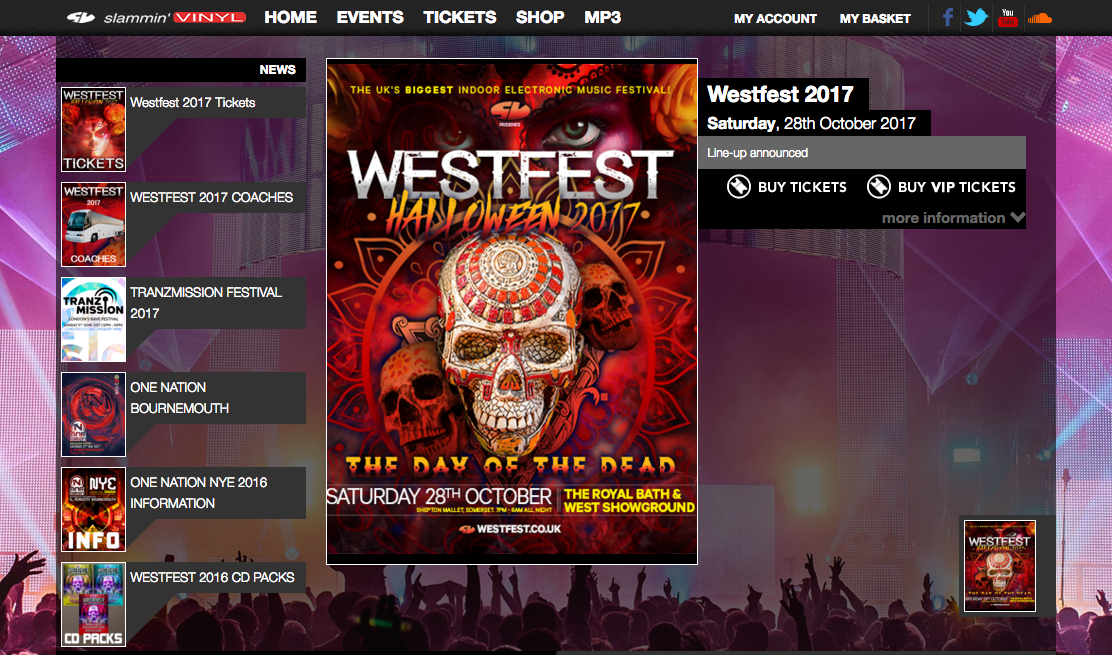 The very first introduction to raving on a large scale was with Slammin Vinyl WESTFEST event, which was the moment I realised something amazing... 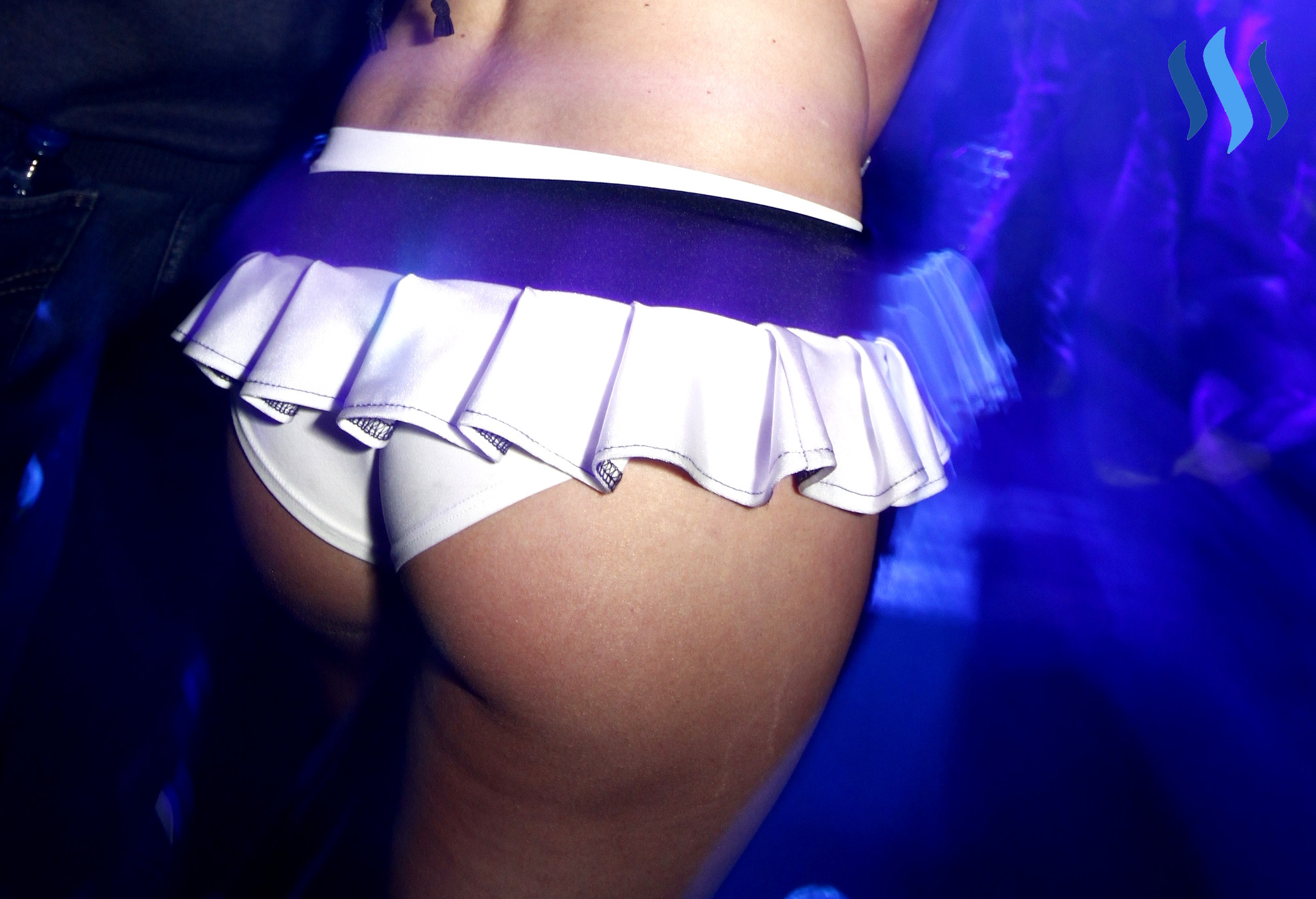 I am familiar with Playboy material; specifically production of content, capturing the action, editing the awkward, and delivery. What if I apply this to capturing a very rare species of raving female, the @ravegirl?! So a team of photographers captured many photographs and video clips over many events, with signed model release permission from the girls, with ID photographs. Expect exclusive @ravegirl DTube videos coming soon! Never seen before, on any Tube!

@DTube is the new YouTube, created by @heimindanger, it is a decentralised video hosting platform, that pays (unlike YouTube ;) 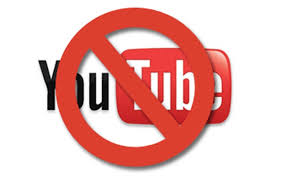 Read this, If you want to find out more about Dtube. Included here are some samples of these Model Release examples here. We are very serious about protecting the data of the girls and familiar with 2257 requirements so our rave girl images have been captured with signed consent to publish. 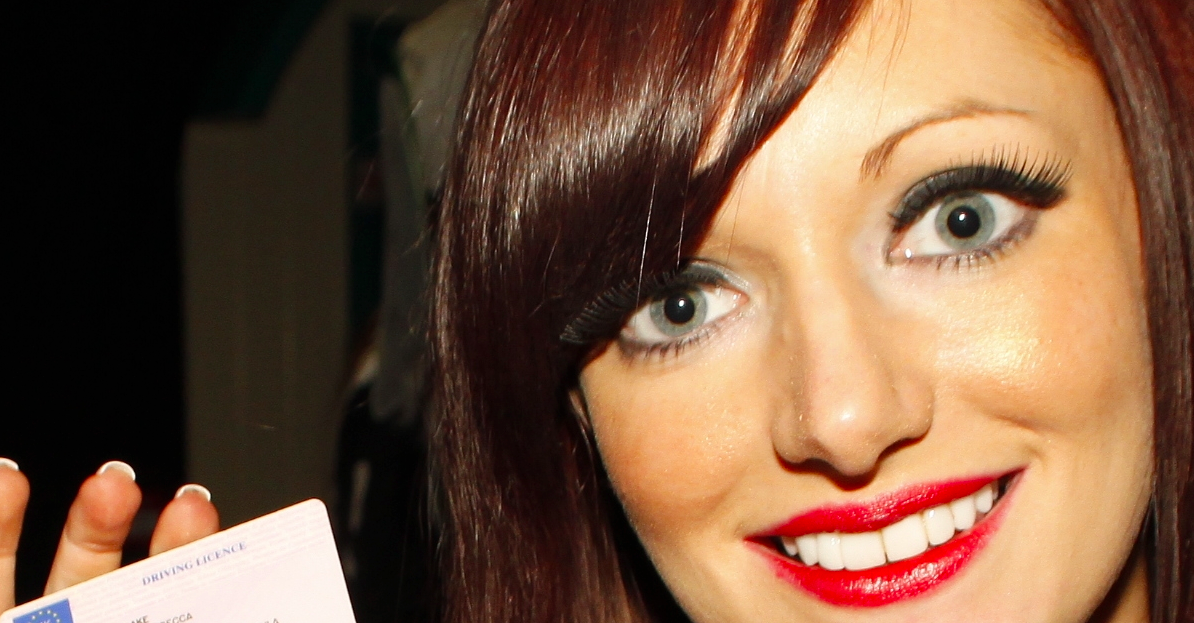 Dancers and Models have submitted their own images to @ravegirl, and this is an ongoing arrangement sharing Steemit with friends; which is what I had thought the Steemit community was all about. Right?! I am actively introducing new members, which I thought was the goal?! Steemit branded @ravegirl images and Dtube branded videos are from @SebCamTV rave photography, and considered exclusive steemit content, not uploaded to other platforms. Assume this is our own photography, unless stated otherwise at the bottom of the page. While I don't think there is anything scammy about having multiple personas (be inventive with your brands and Steemit expansion), I do feel I made a newbie mistake in “upvoting my own stuff” - in attempts to promote my alternative accounts which began with no following, I'd resteem & upvote “myself”, which is apparently a bit naughty. Is it? I dunno? The reality is, my vote is insignificant pennie$ anyway, I was only thinking it would be good promotion/advertising. It's way easier to not-vote, I just do nothing! Self-voter-habit has been easily eliminated. After diving in head first to see if I could even swim, Im learning some steemitiquette, doing my best not cause waves or splash everyone! 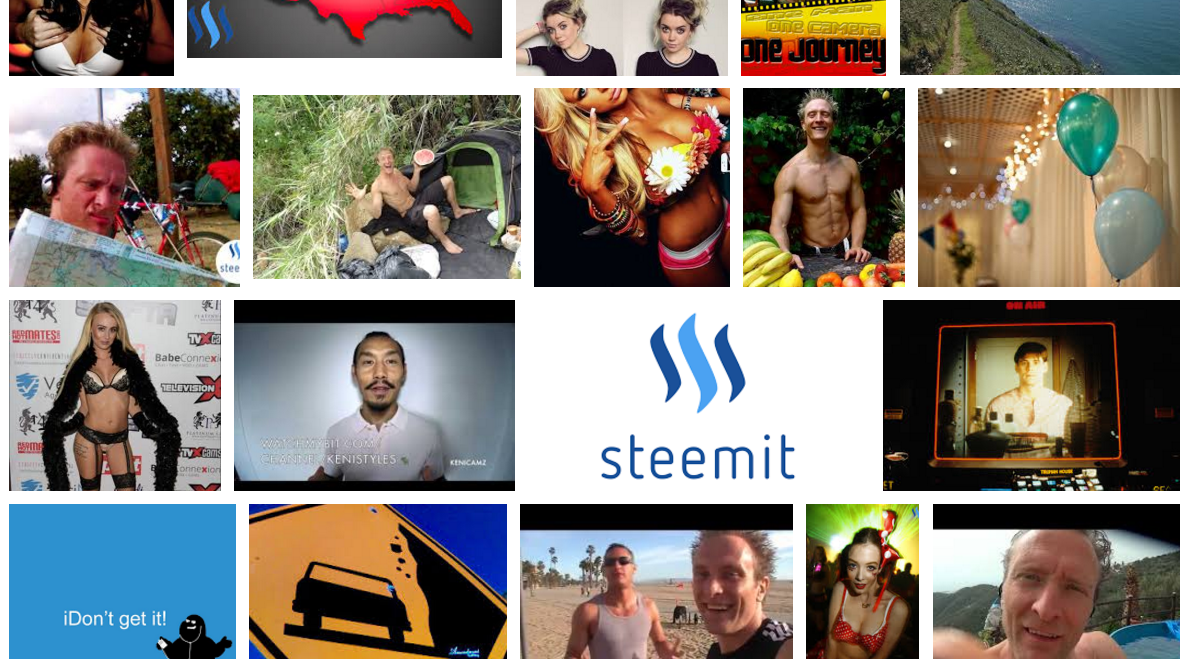 Here's my final question. After using Steemit.chat without much, how do I say this... results?! Meanwhile, I've learnt of this @randowhale promotion, who'll resteem to their 10,000+ audience. Is this acceptable behaviour? Or is this considered “wrong” or a “scam”?! I dont want to get “steem-blacklisted”, but I do want my articles to make a splash, otherwise why write them; if no-one reads?! What are the best ways to promote your work “steem-legal”?! I'd love to know, instead of splashing around in the dark?!!

Peace be with you, Images NOT captured by @SebCam @SebCamTV @ravegirl
This Image above.
Image 1.
Image 2
WESTFEST
Rest of my life Meme.
This Image right here... 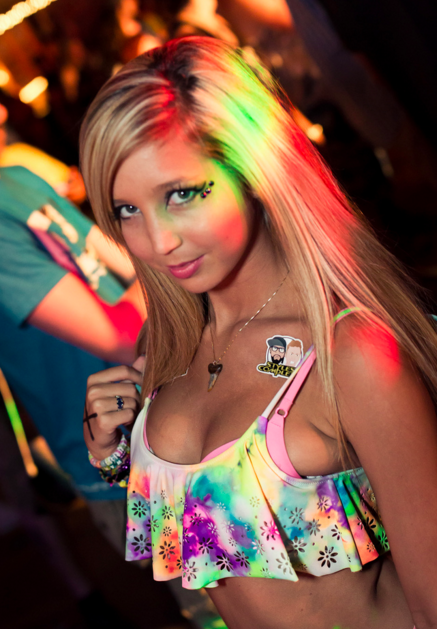 Step 1. Do what u LOVE. Do what EXCITES you.
Step 2. Share with Steemit to monetize Dream$.
Step 3. Remember BOREDOM is the Enemy...
(NOT some abstract "failure") 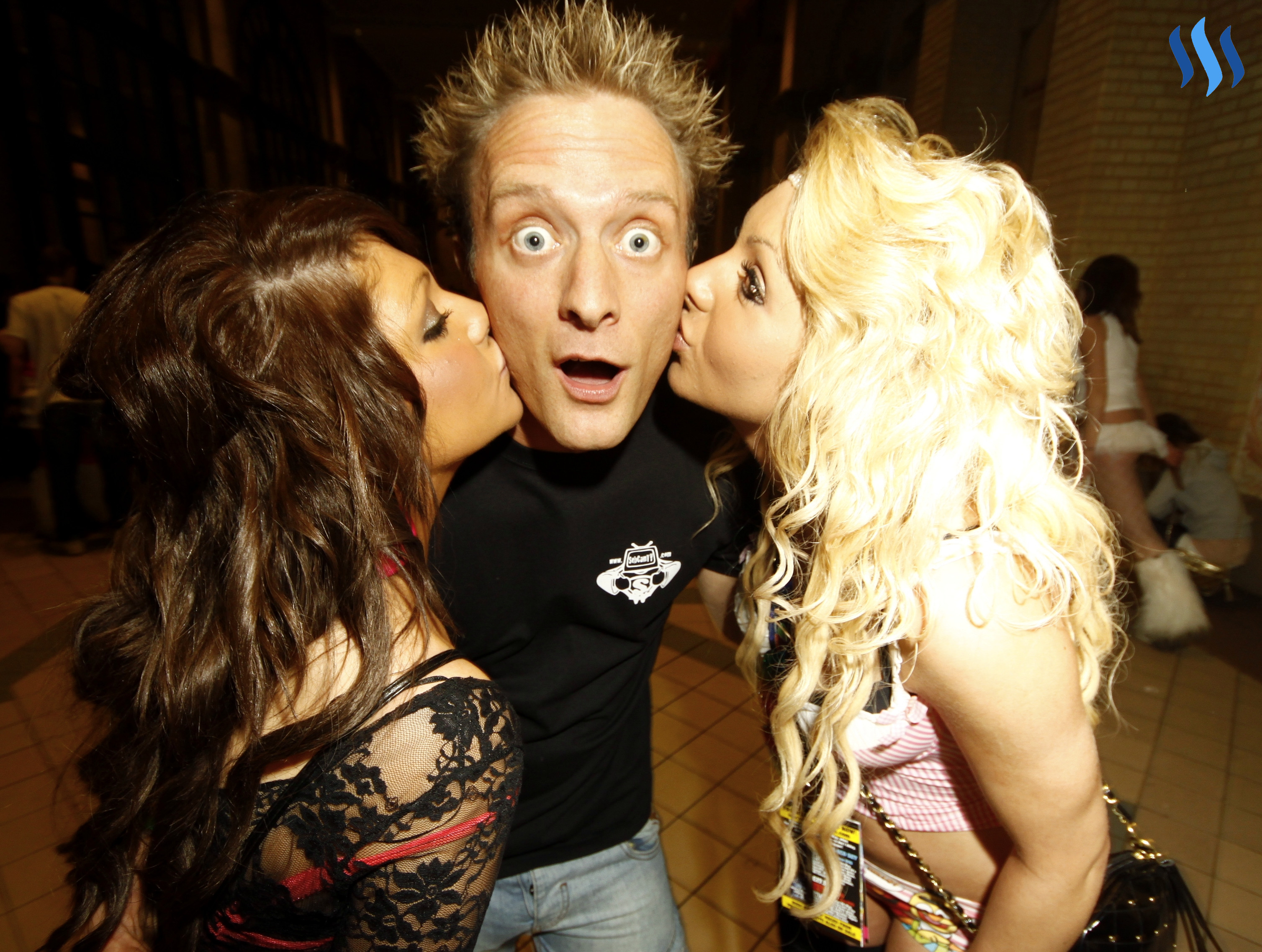 This one's for you @sherlockhomes ;)

Thanks for clarifying the identity of your alt-accounts and your "proxy-self-voting".

Just to restate this here: I see no issues with running multiple accounts or blogs for different brands, niches or segments. Self-voting with such accounts, especially when their identity is made to look unrelated, does raise some flags, though.

It's great to see you have reflected on the situation and decided to make the statement above publicly.

Tips Hats back at ya for your service in the community. :)

....is it safe to ReSteem ones-self(s), as promotion to existing niche audiences? Perfect example would be Re-steeming this article with @SebCamTV account.

And it's cool to use @randowhale for promo..? Thaaanks Sherlock

Re-steeming certainly doesn't do any harm. Using bot-votes is a common practice.

Thanks for sharing! A link to your post was included in the Steem.center wiki page about NSFW. Thanks and good lick again!