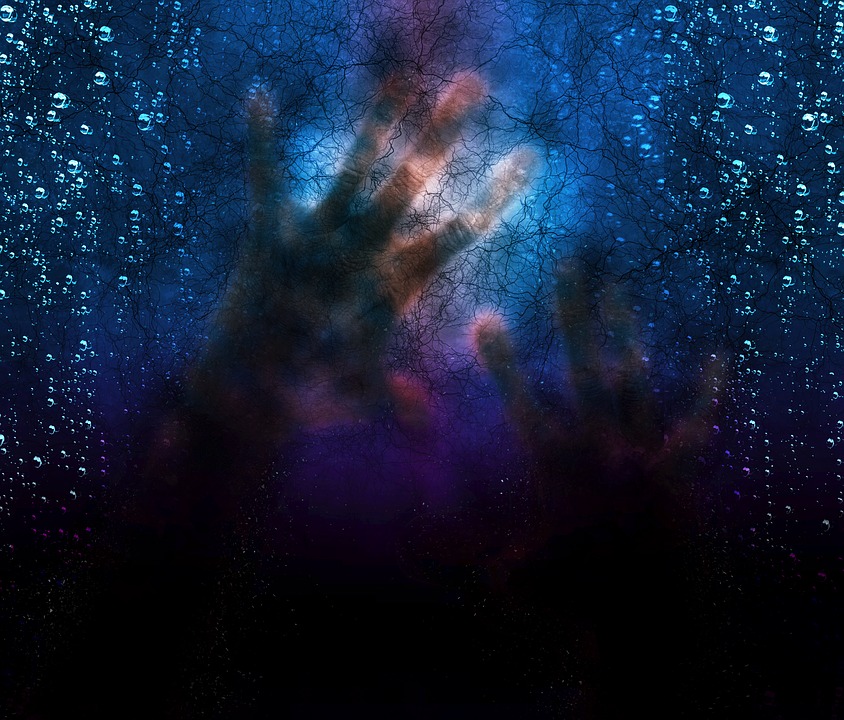 Good day Everyone, what a lovely weekend,we will be looking at the chronic mental disorder of paranoid schizophrenia and others.

In a World of His Own

Allen was first diagnosed schizophrenia when he was 23. He has been hospitalized continuously for the last three years, except for one brief three-week period. On a crowded psychiatric ward. Allen remains isolated. He rarely talks to anyone. When he talks he makes no sense. He jumps from one topic to the next, making reference to things and people that could not possibly be real. For example he told people that planet Pluto came to earth to deliver Jesus Christ. At times, his speech is totally incomprehensible. Occasionally there is urgency in his voice, but more often it sounds as though he is laughing at people. He will sit for several minutes talking to voices that no one else can hear. During this conversation, he will context his face tough in pain. He walks with a bizarre sway, with his shoulders and lower arms typically raised and his elbows swinging well away from the body. He would stand out in a crowd, even without saying a word, because of that way he moves and the expression on his face.

The primary characteristic of catatonic schizophrenia is catatonia-the disturbance in movement and posture described earlier. The nature of the catatonia varies both from person to person and from time to time within a given person. Catatonic individuals often are “frozen” in an unusual posture for prolonged periods and show the waxy flexibility characteristic of catatonia. At other times, they may engage in excessive movement or more in a slow, deliberate manner, looking almost as though they were afraid they would break if they moved too quickly. Finally, these individuals may show echolalia, which is repeating whatever another person says, or echoproxia, which is repeating whatever another person does. Theses classic symptoms of catatonia are rarely seen today.

Consequently, people with paranoid schizophrenia tend to be able to function better and often have a better prognosis (APA, 2000, Cancro & Lehmann, 2000: Ritzler, 1981).

Hallucinations, if they occur, are usually related to the delusional material. The allowing is a brief history of a person suffering from paranoid schizophrenia.

The Pressure May Have Been Too Much

Barbara was described by many of her teachers as a brilliant, but strange, student. Her 4.0 undergraduate GPA actually understated her performance. Nut four weeks into medical school, she became completely convinced that teachers and students were conspiring to block her thinking and make her fail. These “realizations” came over her during a frustrating weekend of studying in which she found herself unable to concentrate. For a while, she kept quiet about this conspiracy, but she could no longer sit quietly and allow it to continue. She challenged students in the hall and professions in the classroom. After several faculty and student complaints to the dean, the medical school forced Barbara onto disability leave, encouraging her to seek treatment. Barbara initially refused to see a psychiatrist but finally went at the encouragement of her parents. Two weeks of hospitalization, a combination of medications, and the supportive therapy of a psychologist severe sufficient to reduce the paranoia to the point where Barbara could typically challenge her feelings and evaluate the evidence for her beliefs. Nevertheless, when she attempted to return to medical school a year later, the delusions came back despite the medication and her weekly counseling sessions. In Barbara’s case, the onset of paranoid schizophrenia was rapid, and she responded well to medication and supportive therapy. She seemed to have recovered, although the symptoms returned a few months after she returned to medical school. She elected to take some time off from school in the hope that she could prepare herself to withstand the pressure of medical school. Although it is unclear how well Barbara will deal with her illness, people with paranoid schizophrenia generally have a good prognosis. It was people like Barbara that convinced Bleuler that schizophrenia did not always have a consistent deteriorating course.

Residual schizophrenia consists of the symptom patterns found during periods of relative remission in individuals with schizophrenia. These symptoms are typically milder forms of the symptoms described above. For example, a person may show some unusual thought patterns, but not the gross thought disorder characteristic of a full-blown schizophrenia episode. This milder form of thought disorder is refereed to ass cognitive slippage. In contrast to the blatant bizarreness of thought disorder, cognitive slippage involves subtle thought disturbances, which can make a person’s speech or behavior appear odd. For example, it may include unusual or peculiar wording or conclusions that do not follow from the other information presented.

Negative symptoms are often present in the residual phase of the disorder (APA, 2000).

A disorder as dramatic and puzzling as schizophrenia is guaranteed to spawn theories designed to explain its unusual symptoms. Most theories focus either on the hypothesized causes of schizophrenia or on factors that predispose individuals to schizophrenia. As we review the more prominent casual theories of schizophrenia, you might want to note two things. The first is that these theories are not mutually exclusive –that is, evidence of one theory’s validity does not rule out the validity of other theories. Arguing that genetic factors increase risk for schizophrenia does precluded the possibility that family interaction variables also contribute.

Underlying psychodynamic processes do not preclude the possibility that differential learning histories also contribute. It is again useful to think in terms of the map analogy. The second thing to note is that each theoretical perspective focuses on specific aspects of a person’s behavior, rather than on the totality of that behavior. Of course, there is overlap in the theoretical maps, because all theories of schizophrenia are interested in explaining psychotic symptomatology. This topic will review the genetic, physiological, environmental, psychodynamic, behavioral, and diathesis-stress perspective on schizophrenia. 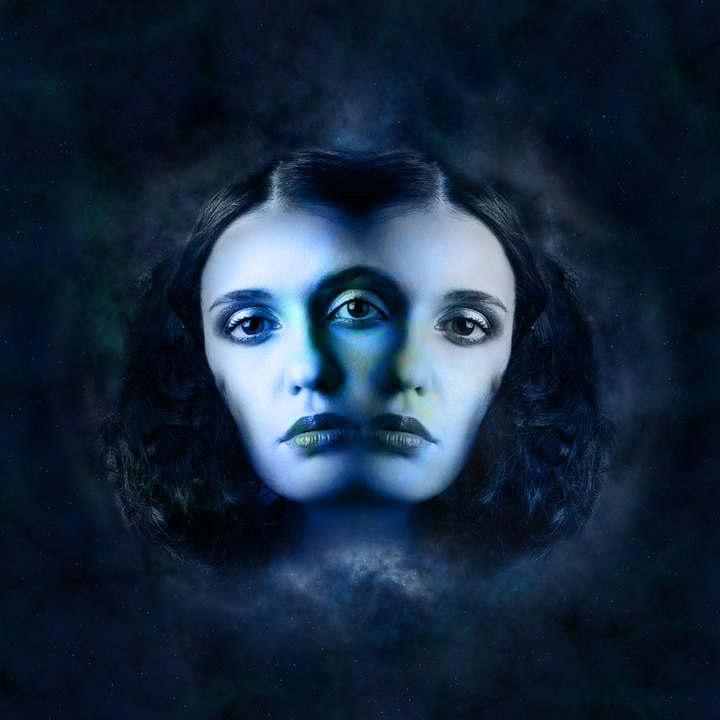 People share both genes and environment with their close relatives. Separating those influences is impossible in a traditional family because the two are hopelessly confounded. Variables are confounded when they vary together. Consequently, when a relationship is discovered between the confounded variables and another variable, it is impossible to know which of the confounded variables is responsible. Say you have a cold, and one friend tells you to take Remedy A and a second tells you to take Remedy B. if you do both, the variables are confounded. If your cold goes away, you do not know whether Remedy A or Remedy B was responsible. If, on the other hand, you take Remedy A for the cold and do not take Remedy B and the cold goes away, and for the next cold you take Remedy B but do not take Remedy A and the cold does not go away, you might conclude that Remedy A may be the more effective treatment. Actually, as we shall see in the next topic, it would be premature to draw this conclusion from such forted observations, but at least you would have eliminated the confounding of those variables by allowing only on such time.

Identical twins share 100% of their genes, whereas fraternal twins share 50% of their genes on average. Both sets of twins grow up together and, therefore, presumably share the same environment growing up. To make that assumption more likely to be true, the fraternal sample is usually restricted to same-sex twins, because parents often treat sons and daughters differently. The difference in the concordance rates for schizophrenia between the identical and the fraternal twins is an indication of genes on the disorder. Studies have found that on average, identical twins are about three times more likely than fraternal twins to be concordant for schizophrenia. These results suggest that genes play a significant role in schizophrenia.

There were other criteria such as the symptoms were not caused by underlying organic diseases or any substances (drug). If someone doesn't fulfil the criteria mentioned above, they will be diagnosed as schizophreniform or might be brief reactive psychosis.

You did mention about the fraternal and identical twin later in the article, but the most important thing is the concordance rate between a monozygotic and a dizygotic twin are different (50% and 10% respectively). But since you wrote:

Studies have found that on average, identical twins are about three times more likely than fraternal twins to be concordant for schizophrenia.

I guess it is okay.

Paranoid schizophrenia is the commonest type of schizophrenia that you can find. When explaining delusion, don't forget to explain the proper definition of delusion also. Some keywords are important to differentiate between being delusional or just generally afraid of something. In my personal dictionary, delusion is an unshakeable belief which is out keeping with the social or cultural background, which is being held with conviction despite with evidence to the contrary.

Awesome dissection of the article. Kudos to you as well

Thanks that you learn from it.

Thanks for stopping by. hope to see you soon

I am not a good biologist.. But all these disorders scares me. 😱

Seriously, you don't need to be, we just hope we wont experienced them.

I hope no one around me does..

Great use of an anecdote to start o f with,, really captured me and intrigued me. Extremely informative, thanks for sharing (:

Found this article educative and personally interesting. Although I do not have much to contribute as this isn’t an area I’m very familiar with. I still appreciate it anyway.

You can easily contribute to this article even if outside area of speciality. I think it is exciting science. I am always fascinated with the machination and working of both a healthy or ill mind. It is an interesting thing to see.

Am glad you found this worthy.

I think we need more mental hospitals around Nigeria. In Nigeria, we still have mental health patients treated as if mental health is Ebola or very contagious disease. The hush-hush treatment and stigma is something I wish we can do away with.

Definitely, the government should be able to focus on the health sector to combat all this deadly diseases.