Psychology: Schizophrenia And Other Psychotic Disorders 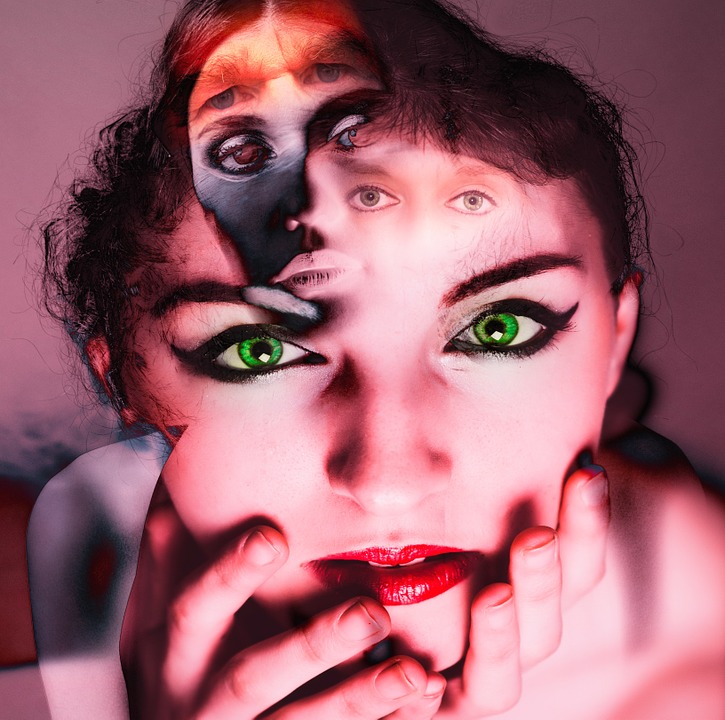 Good day everyone, what a loving day am having we be looking on this new topic of mine, hope you enjoy!

Could Not Get Control

Lewis, a 28 year old, single man, has lived most of the last 9 years in mental hospitals or residential care facilities. He was first diagnosed with schizophrenia at age 18, although emotional problems were apparent long before then, His teachers consistently described him as ‘’spacey,’’ and his classmates largely avoided him. He never dated, has no friends, and has had strained relationships with family members since high school, Lewis’s grades slipped badly during his junior year and his class contributions became poor. Coming to the end of his junior year, he told everyone about the great powers given to him by God on how he would use them for the advancement of humanity. He was arrested at age 17 for harassing restaurant patrons, telling them they were evil and that God would punish them. The judge gave him probation on the condition that he seeks psychiatric treatment. Instead, he disappeared, living on the street and sleeping in alleys or dumpsters. On rare occasions when he visited home, his parents would beg him to go for treatment, but he always refused. Two years later, Lewis was spotted standing on a park bench in his underwear talking gibberish to a group of onlookers. After a court ordered psychiatric evaluation, Lewis went the next 26 months in a psychiatric hospital during that time, he improved with medication and a supportive environment, and he has required only brief hospitalizations since that time. He currently lives in a residential facility for people with critical psychiatric disorders. He still has strange and unusual ideas and often talks to imaginary figures. Most often he sits quietly; apparently unaware of much of what is going on around him. He tried living with his parents twice, but each time he was back in the hospital in a few weeks with severe psychotic symptoms. The quiet pace of the residential facility and the day treatment program seems to serve him well.

Everyone who knew Rosaline knew that she was fragile. She had good, supportive friends and a stable job, although she was underemployed as a clerk, given her three years of college. She had experienced two serious breakdowns previously, but was able to return to work in less than two weeks each time. 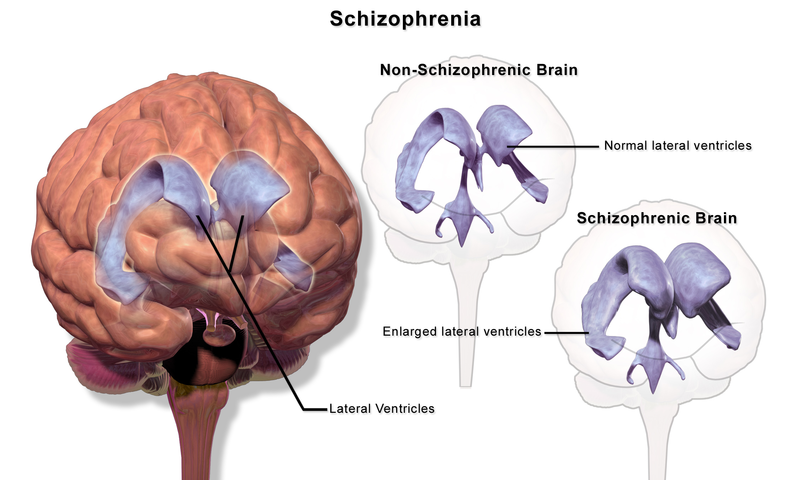 One of these episodes required a four day psychiatric hospitalization, Now 35; she had just gone through the breakup of a two year relationship, which had pushed her over the edge. She was hearing voices that told her that her boyfriend had really been a plant from the CIA. She talked at length with friends who visited her in the hospital. But her conversation made very little sense. She was very paranoid and angry one moment, strangely jovial the next, and tearful the next. Her voice was animated, but her face showed no response. The episode lasted nearly three weeks this time, and it was nearly six weeks before Rosaline was strong enough to return to work. Schizophrenia is one of the most dramatic and frightening of all psychiatric disorders. It is characterized by disruption of normal perceptual and thought processes, personality, and affect; the external expression of emotion, Schizophrenia is classified as a psychotic disorder.

Affect: the external expression of emotion.

Psychotic disorders involve such critical symptomatology that the person has necessary lost touch with reality. In general, the other earlier a person develops schizophrenia. The worse the prognosis or likelihood of recovery. Lewis is a good example of early onset schizophrenia. He is stable now and out of the hospital. He is unfit to hold a job, plan for the future, or even carry on a worthwhile discussion; Rosaline is an example of a milder case of schizophrenia. Although there were subtle indications of pathology prior to Rosaline’s most recent episode, she had functioned adequately before, and she recovered reasonably from even the most recent episode. Nevertheless, her brush with schizophrenia significantly affected her life. Schizophrenia is often a devastating disorder, which dramatically affects the lives of those affected as well as the lives of their loved ones.

Approximately 1% of the population will enhance schizophrenia during their lifetime (APA 2000; Narrow et al., 2002).

It arises equally often in men and women and is found in all cultures. Although small variations arise, the symptoms of schizophrenia are generally constant across cultures. However, schizophrenia is dramatically overrepresented in the lower social classes.

Most people who develop schizophrenia develop the disorder about 5 years later, on average, than men, and women tend to have a slightly less severe course and a better prognosis (APA, 2000; Hambrecht et al., 1992; Saugstad, 1989).

One can obtain a visual idea of when a disorder develops by constructing an age of risk curve shows the age at which people first develop the disorder. It is sometimes graphed as a cumulative proportion curve, which shows at a glance how many of the people who will eventually develop the Oscar wining movie A Beautiful Mind provided an accurate portrayal of many of the symptoms of schizophrenia. More importantly, it showed that it is possible to make a life for oneself despite a constant struggle with this disorder. having done so at each age, For example, about half of all males who will develop schizophrenia have already developed the disorder by about by about age 25, and about 90% have developed it by age 40. The nearby focus box gives a little of the history of the disorder and discusses the meaning of the term schizophrenia. This topic provides an overview of schizophrenia, including descriptions of symptoms, subtypes, possible causes, and current treatment. Also covered in this topic are two other psychotic disorders: delusional disorder and schizoaffective disorder. Psychotic Disorder: disorders so severe that the person has essentially lost touch with reality. Schizophrenia is classified as a psychotic disorder. Emily Kraepin was the first to identify a subgroup of individuals whose symptoms closely resemble the modern diagnosis of schizophrenia. To refer to this group. He used the term dementia praecox which literally means’’ early-onset intellectual deterioration.’’ He considered this progressive deterioration to be a defining characteristic and speculated that the disorder had a biological cause. Eugen Bleuler, who coined the term schizophrenia to refer to this group, noted that some people with the symptoms of dementia praecox did not show the predicted deteriorating course, nor did they always develop symptoms early in life. He argued that early onset and continual deterioration were not inevitable in schizophrenia. Some, like Lewis, show the deteriorating course described by kraepelin, whereas others, like Rosaline, show nearly complete recovery.

Virtually no term in the field of psychopathology has been misused in modern speech as often as schizophrenia. People talk about their attitude toward something as being ‘’schizophrenic,’’ when what they really mean is that they are ambivalent. (For example, someone might strongly oppose government intervention in people’s lives but also believe that seatbelt laws should be enforced because they save lives.) Another misuse of the term schizophrenic is to confuse it with the term split personality. The concept of split personality, which is known as dissociative identity disorder in the DSM, will be discussed some other time. Bleuler coined the term schizophrenia, which literally means ‘’ splitting of the mind, ‘’ as a way of emphasizing not a split in personality but rather, a disconnect between thoughts and feelings. Interestingly, there is a rationale for using the term schizophrenic, to refer to ambivalence, although it has nothing to do with the current colloquial use of the term.

Eugen Bieuler (1911/1950) coined both terms in the same classic paper on the topic. His use of the term ambivalence emphasized the dramatic contradictions in feelings expressed by people with schizophrenia, apparently with little awareness or concern for these contradictions. The schizophrenic ambivalence described by Bieuler was much stronger than the occasional ambivalence that most people experience. For people with this pathological level of ambivalence, their feelings about a topic were so strong and so dramatically opposite to each other that it was almost as though they were talking about two entirely different things. of the symptoms discussed here. Symptoms may vary in intensity from person to person, and milder forms of these symptoms can be found in individuals who are not psychotic.

Psychiatrists make a distinction between positive and negative symptoms of schizophrenia (Andreasen & Olsen, 1982).

That movie has a lot of plot twists and its definitely a must watch film.

You are absolutely correct.

Haven't watch it but will try to.

Do give it a try.

I have been interested in mental disorders since I took a psychology class in college. Nice Post!

I would also be posting an article about Schizophrenia in the future. It is very timely and significant to inform people on how this mental disorder changes lives and how we could stop the stigma behind it. People who are suffering from this mental challenge is drowning from hallucinations and delusionary behaviors which is very real for sufferers.

Thats cool, cants wait to see your post on schizophrenia in the future.

This was a good read. I’m kind of confused. Is this disorder genetical? Or it’s independently developed by the individual

Schizophrenia it is not directly passed from one generation to another genetically, and there is no single specific cause for this illness.

At the beginning when there was no knowledge about mental pathologies were believed that individuals were governed by evil spirits, then psychiatrists used as treatment the frontal lobe ablation leaving practically zombies to patients

thanks for stopping by.