This was going to be just a reply to a post (Denial, Deceit and Delusion) by @openparadigm, but since it took the shape of an individual post, here it is: 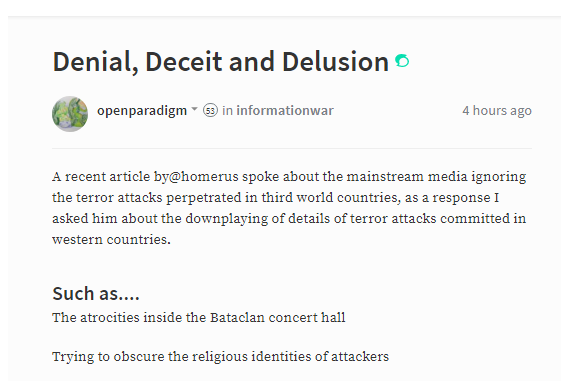 I'm glad I inspired you to write. You touch a LOT of subjects here.

(for those who don't know what I'm talking about, we are talking about how mass media "informs" about atrocities particularly when regarding ethnicities, terrorism, its victims, etc.) he responded this post...

From the end of your response (quoting openparadigm):

The Delusion we will see will be just like every time we are attacked and the first thing we do is worry about a "backlash". Deluded into thinking that if we just virtue signal hard enough all the people who hate us will realize how woke we are and forgive us for the sins of our forebears( Like everyone else's forebears aren't weighed down with blood soaked deeds).
When all that "virtue" signaling accomplishes is to let our enemies know that no matter what indignities they heap upon us be it rape, murder, torture or enslavement of our children we will roll over and present our asses for more.

Why is this done was the question, I would say this is part of a concerted program of destabilization. Who is responsible for this destruction of our societies? Post-modern Marxists.

The Deep State/ Military Industrial Complex/ CFR/ Trilateral C./ Wall Street Banksters/ Maisntream Media... everything is owned by an elite, all the wealth is concentrated and everybody knows it, news show statistics like "10 of the richest men own 50% of world's wealth..." every day. everything done in the open! And yes, I think many things are concerted. And it seems in their interest that people is constantly scared and traumatized. With constant war, under constant propaganda. They sure own many Marxists and all sorts of ideologues. I don't think ideology is the most important factor here. as a response I asked him about the downplaying of details of terror attacks committed in western countries. Such as....
The atrocities inside the Bataclan concert hall...

No idea why they aren't showing the dead in that event or many others involving Muslims more widely, but the pictures exist: here, for example They just don't show them much i guess and I'm not sure the exact reason why. The graphic content may be one reason, also, in this cases and many others in the U.S. there are no images or video... which make some people suspect false flags. I'm not an avid reader of those news, but despite not showing blood and victims the news itself was explosive and covered worldwide for days, as opposed to my example in Somalia, which you responded.

Trying to obscure the religious identities/ race of attackers

I'm not sure about this, in my opinion, msm (Washington Post, NYT, CNN, FOX, etc) are quickly to point out the "ISIS ties", with the ethnic origin clearly stated from the start. And Isis PR agent claiming the attack.

They idea is to advance the same Foreign Policy agenda in action since Bush Jr. That is, scare the people, bomb the Middle East. Profit $$. they are always in a hurry to identify the race and call "terrorist" or not. In the example below the NYT was really quick to call "Isis"... that's because of the "agenda". They retracted soon before, there was no proof of Isis ties but it was repeated by other news media around the world anyway... the magic of propaganda! 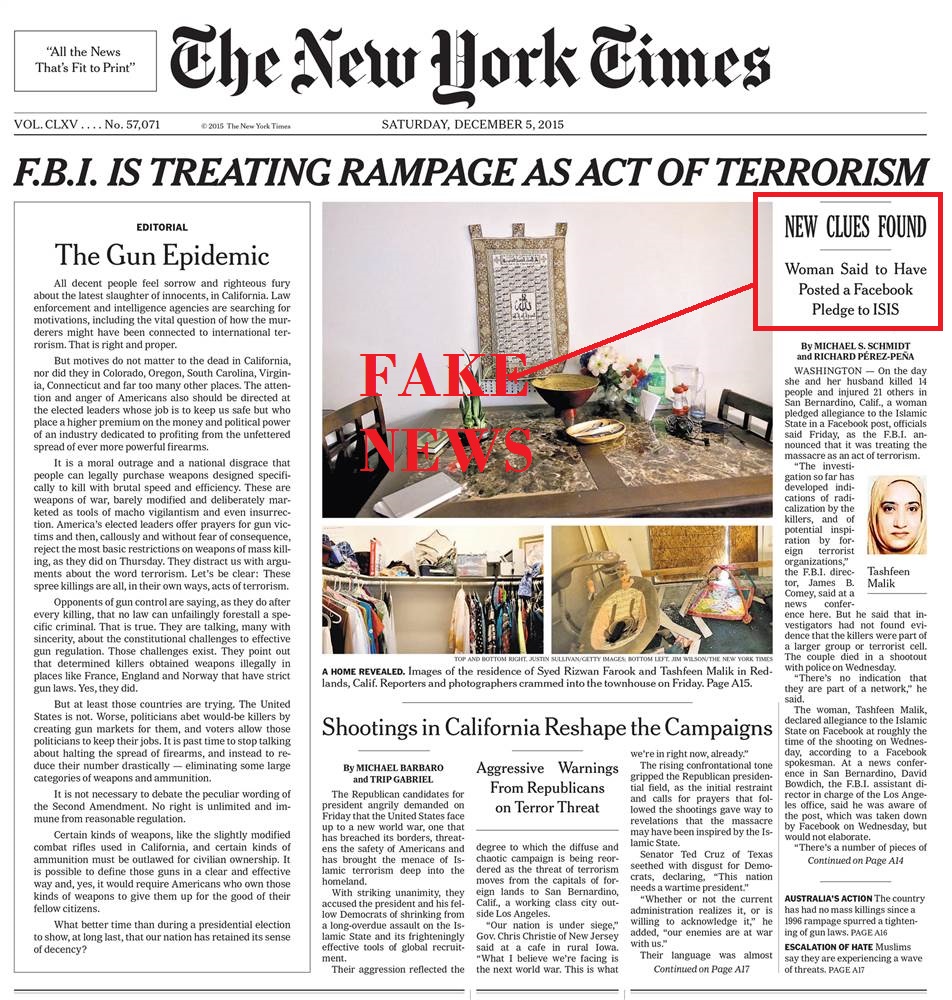 This case went around the world, I remember seeing it in local newspapers (Peru)

I saw that too. Another low for shitty mainstream media I'd say... Still I think the force pushing in the other side, as in making clear Western societies are under attack, need more surveillance and state control, more defense expenses, is stronger than anyone or any group trying to downplay terrorism by race.

Your point, if I understand correctly, is that their religion, Islam, is a religion of conquest... etc. Christianity was used for conquest too, and it was used by Bush jr. for explaining war in religious terms, because there's a lot of people in America that listen to such rhetoric. He is a politician, so if he talked about Islam being a "religion of peace", he was probably lying for the moment.

Here he uses religious rethoric to excuse war. He would say Anything.

Finally, there's no justification for no kind of attacks, especially on innocent people, and no excuse for racism. but in my opinion, there is no conspiracy to obscure the ethnic origin of arab terrorists, I think it's clear for everyone with access to a newspaper that many arabs attack the Western world regularly, then IS claims responsibility. Is any kind of press excusing attacks or downplaying either the ethnicities or the effects of the violence? I don't know, may be... it's entirely possible. But I'd say it's exceptional. I think is a matter of how the "agenda setting" media covers every issue, NYT, WP, etc.. the world media then follows and spread the fake news that are indispensable for war. 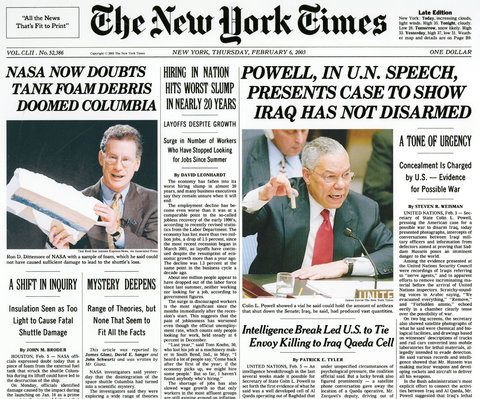 It's always good to have a healthy debate!