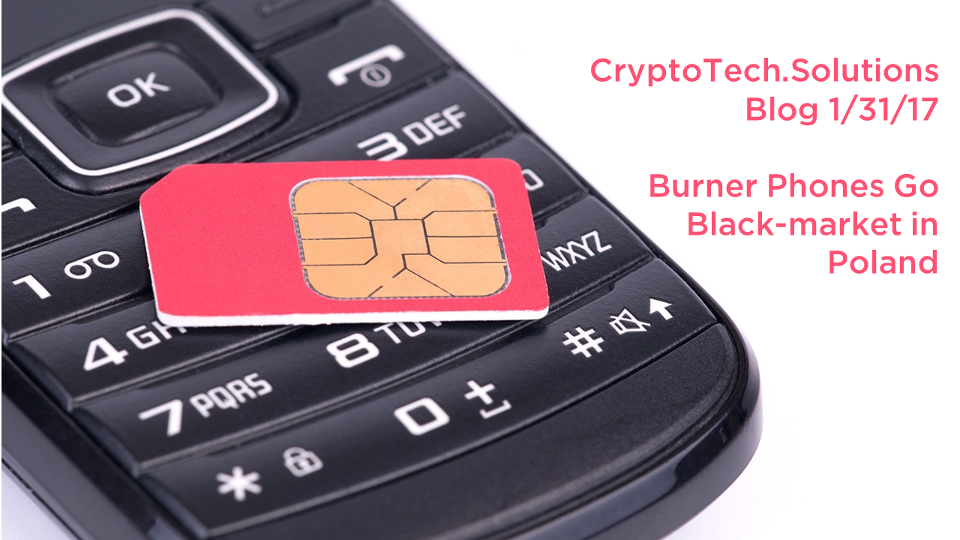 As of January 2017, all pre-paid SIM cards in Poland have to be registered to a verified, real-life identity. Customers attempting to purchase a SIM card will have to provide their real name, their national identification number, and produce government-approved identification documents. Service provides must verify the identities of existing customers or shut-off their phone service.

SIM cards are the interchangeable chips which allow your phone to communicate with your cellular service provider, by storing unique information such as your telephone number, personal security keys, and network authorization data. In many, if not most, countries around the world, SIM cards can be purchased in cash and activated without providing any information as to your real-life identity. These are so called “Burner Phones,” and they popular among criminals for obvious reasons.

However, there are plenty of legitimate reasons a person may want a temporary, private phone number – reasons that range from selling old furniture on Craigslist, to hiding from an abusive Ex or becoming a government/corporate whistle-blower. It should go without stating, but as a reminder: Privacy is an inherent human right that needs no justification.

Unfortunately, government is often willing to sacrifice its citizens’ privacy for greater authority and the appearance of security. In March 2016, House Representative Jackie Speier (D-San Francisco/San Mateo) introduced the Pre-Paid Mobile Device Security Gap Act of 2016, which would introduce similar identification requirements as the Polish law – though. According to the House’s website, the bill never moved beyond being introduced, and hopeful, Congress will not take it up again in future sessions.

Beyond being a fundamental invasion of people’s privacy, gathering information about the real-life identities of people purchasing pre-paid cellular service is, like most government efforts to restrict human behavior, futile and will only injure the innocent. Innocent people, those too poor or with credit too bad to get a phone plan with a traditional carrier, will comply with the law and provide a trove of personal information to pre-paid cellular providers who, given the long history of data hacks, will likely do a poor job of securing their customer’s information. They may even sell the data off themselves. All of which will result in increased cases of identity theft and abuse.

Criminals, on the other hand, will switch tactics and technologies. A black market in SIM cards will grow. SIM card theft and cloning will increase. Criminals will use encrypted VOIP more often, or they’ll switch to some emerging new technology we haven’t even heard yet. The point is, they won’t simply hand their information over to the government to willingly, sheepishly, be caught.

how to phone verify without a phone number