"The Memo" Explained In A Single Sentence... #ReleaseTheMemo 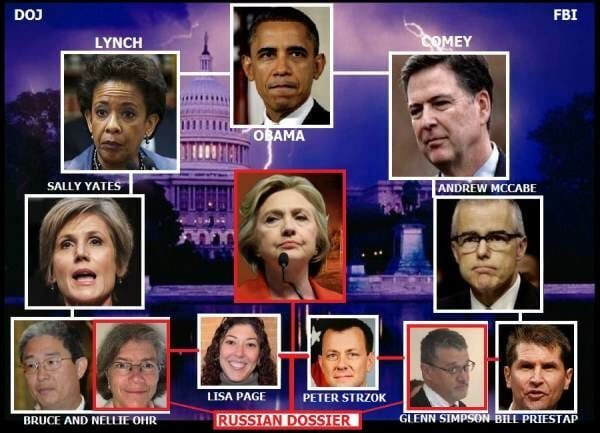 Democrats (namely Hillary, Obama, and the DNC) paid Russians (and agents of Russian businesses like Steele) to make up a disgusting story (called "the dossier") about candidate Trump which they then used to falsely swear out FISA warrants to wiretap Trump and his associates, family, and anyone who interacted with him, in a direct violation of the 4th Amendment, RICO statutes, and several federal laws against election interference.

...Basically the 4 page memo lays out exactly who broke what laws, how, and in what departments, and is a summary of a 99 page memo which supplies even more details about the crimes committed by the Democrats prior, during and after the election. It clearly proves that the FBI and DOJ (which are Obama holdovers) orchestrated and colluded to first try to ruin Trump's candidacy to ensure Hillary Clinton would be elected, then when that failed to further use the lies to try to destroy President Trump's administration after he was elected.

“A nation can survive its fools, and even the ambitious, but it cannot survive treason from within. An enemy at the gates is less formidable, for he is known and carries his banner openly. But the traitor moves amongst those within the gate freely, his sly whispers rustling through all the alleys, heard in the very halls of government itself. For the traitor appears not a traitor; he speaks in accents familiar to his victims, and he wears their face and their arguments, he appeals to the baseness that lies deep in the hearts of all men. He rots the soul of a nation, he works secretly and unknown in the night to undermine the pillars of the city, he infects the body politic so that it can no longer resist. A murderer is less to fear.”
-Marcus Tullius Cicero

Why do so many people of power abuse the system. What is this about is it greed, is it ego or is it just a outright conspiracy. Is there hope how can this be stopped when the chosen are basically the enemy. 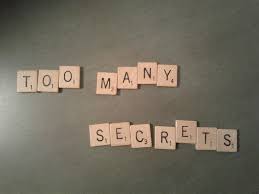 Wow - The Clintons are the absolute Worst.....

Back to the Subject of Cryptos: I noticed that EarnCrypto has made a few changes to their "Watch Videos" option for earning Free Cryptos like Steem, Bitcoin, Ethereum, Cardano, Stellar Lumens, Ripple etc etc etc ....

When you click the "Watch Videos" Option you need to actually watch the Videos since they always default to "Mute Volume" and you need to be able to unmute to earn your Free Cryptos.

Anyway - Took me a few weeks to figure this out but I am back to Earning Free Cryptos.

At the moment I am watching the "Sports" Videos that has a lot of really good stuff on the Olympics with short 10 second Beer Commercials between each Video.

I'm watching people wipe out while Downhill skiing at the moment. Ouch.

LOL... BTW I haven't had any issues with the videos auto muting so not sure whats up with that on your end. Site has been working fine for me for about a week now, although I still tend to hit the daily ad limit on my account each day but they state that the ads are somewhat limited at the start of the year and they expect this to become less of a problem in the coming weeks which will be nice. If you have a way to contact me offline (toss away email, skype account you dont mind sharing or something else) feel free to toss it to me and ill give you a few tips I am doing which might help your situation a bit (rather not post them publicly if you catch my drift)