#pokertales - Never bring a knife to a gunfight!

It's about 2am. We've been at the table a couple of hours. The blinds are rising quickly. It's pre-flop. He raises. I check my cards again. I re-raise. Everyone else folds. It's his turn to act.

It's just me and him.

On the surface, we're polar opposites. He's the adventurer, the nomadic risk-taker who hitchhiked his way to Lisbon. Me, the affable family man who likes his home comforts and plane seats with extra leg room. But that's just on the surface... after all we are both here, in the same 5 star hotel, at the same poker table, facing off.

Through the furrow of his eyebrows he gives me a steely look.

He goes all in.

He mutters some words indicating that he thinks I have an under-pair at best. He is a gambling man and fancies his chances in a coin flip... I'm sure, like me, he has been in a "race" at the poker table hundreds of times before.

Well this time, he's going to have to go some to catch me and my "American Airlines"!

I show my two Aces.

Neither the flop, turn or river could save my travelling Mexican friend. I had him covered for chips so we bid him farewell.

Like many before him he had been gunned down by the Smiling Assassin.

Remember there are no friends at the poker table.

However it was all love afterwards!! 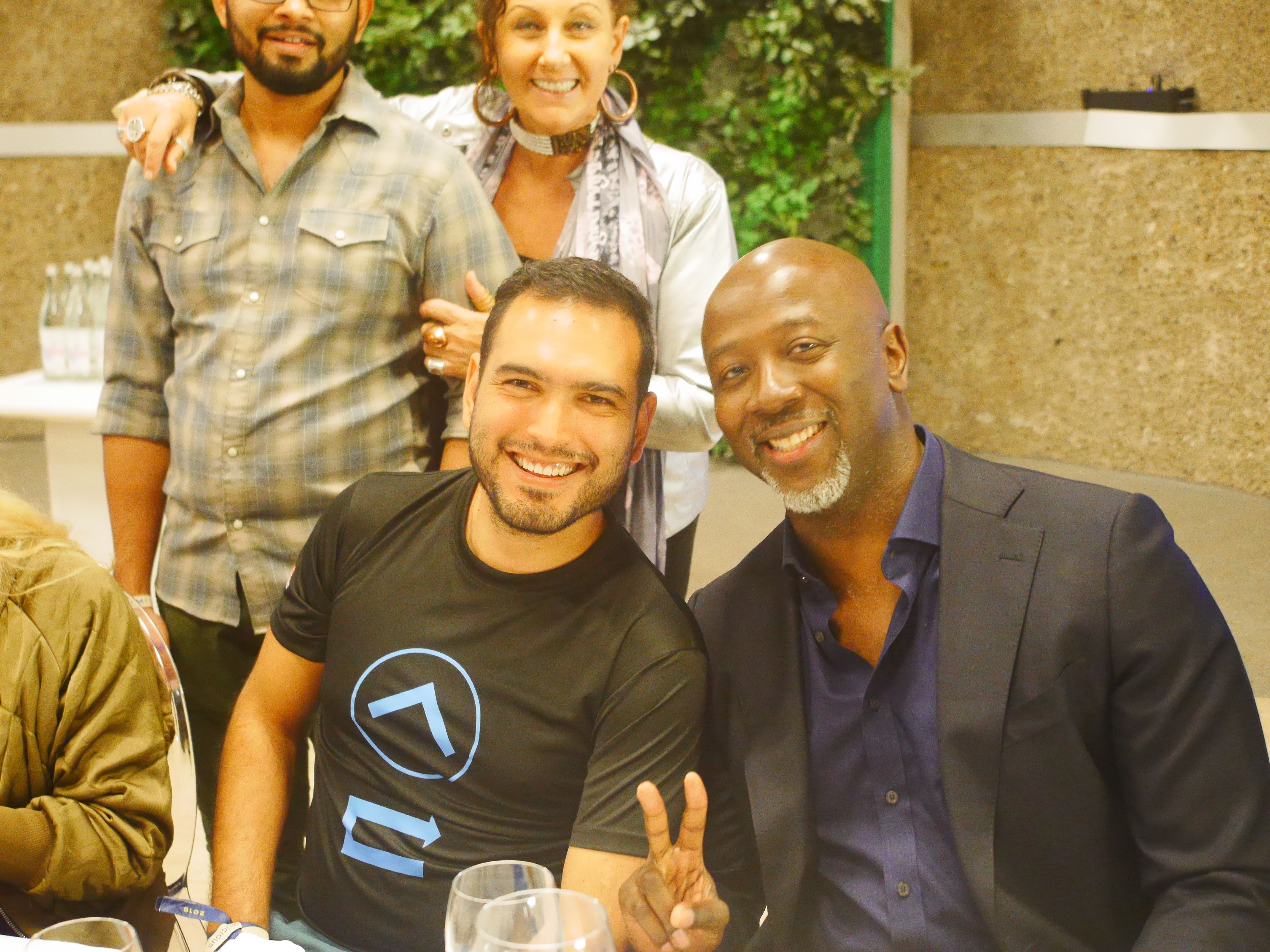 Not only are you a good poker player but also a great writer! Your post drew me right in!

Coming from you that is high praise sir. I accept it graciously.

I play once a month with friends.. really!! but its more talking about some old times then actually playing..

Wow, this feels like I just read a chapter of a novel!!
Now I'd love to read it again from @anomadsoul point of view :)

@nanzo-scoop
be sure to face me on any poker table next steemfest! am gonna start learning asap...;) nice one...beautifully narrated...hope you had swell time at lisbon and nice trip back home...

Awesome description. Your writings are engaging and I found myself bookmarking "the day we lost America" hahaha. You may consider doing a book for us someday.

Hey @nanzo-scoop!
Check out how to qualify for the Sunday 50 SBD Jackpot with an optional 1 SBD Last Longer Prize Pool!

The thrill of pocker is awesome. Nice play!

amazing click all looking awesome and happy too be bless ☺

I have a a short video when the night was still young. I am happy that he won and you end up being second. Is still a great place :P

The dangers of overplaying AK ... the difference between professional poker players and donkeys like me...

We are all here to help each other out. Steem On! Thanks Follow me & Upvote. I'll do the Same."

done follow, upvote and commets. Back same to you

Congratulations @nanzo-scoop, this post is the sixth most rewarded post (based on pending payouts) in the last 12 hours written by a Superhero or Legend account holder (accounts hold greater than 100 Mega Vests). The total number of posts by Superhero and Legend account holders during this period was 34 and the total pending payments to posts in these categories was $1161.53. To see the full list of highest paid posts across all accounts categories, click here.

Love the description of you both and your personalities, yet you still sat by the same table battling it off! Very well written short story" my good sir. :)