Charlotte has amazing weather, it's beautiful, the people are friendly and bit old school charm. I flew out two days ago to visit a friend I have known since I was in my 20's. He moved to Charlotte a few years ago I haven't been out to visit until now; Christian bought a lake house, has dirt bikes, jet skis, a pontoon boat, a Porsche and a dog. The last two days have been filled with killer gourmet food, live music in Noda (downtown Charlotte), freezing ass temperatures, full moon photography and general FUN.

Let me break it down as always with photos. Photo journalism style 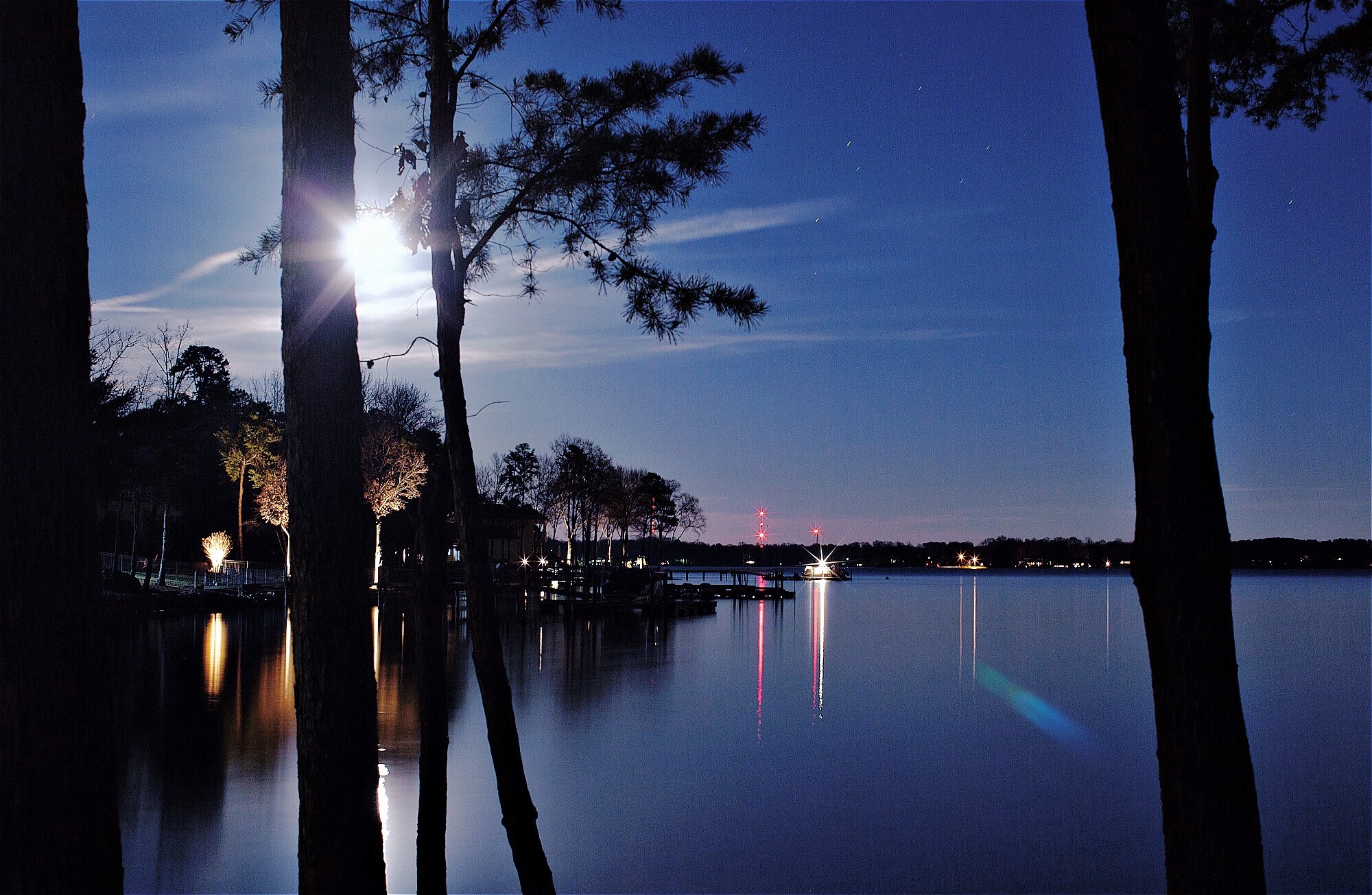 Taken during the Blue Super Moon with a long exposure.

It was cold as a witches tit the other night, so I figured out my camera settings with a couple of test shots and then looked for the best shot visually and nailed it. Then got my ass back inside! Same view 10 hours later during the sunrise. Unbelievable lake views and amazing sunsets. Who cares that it's 1C/32F!! 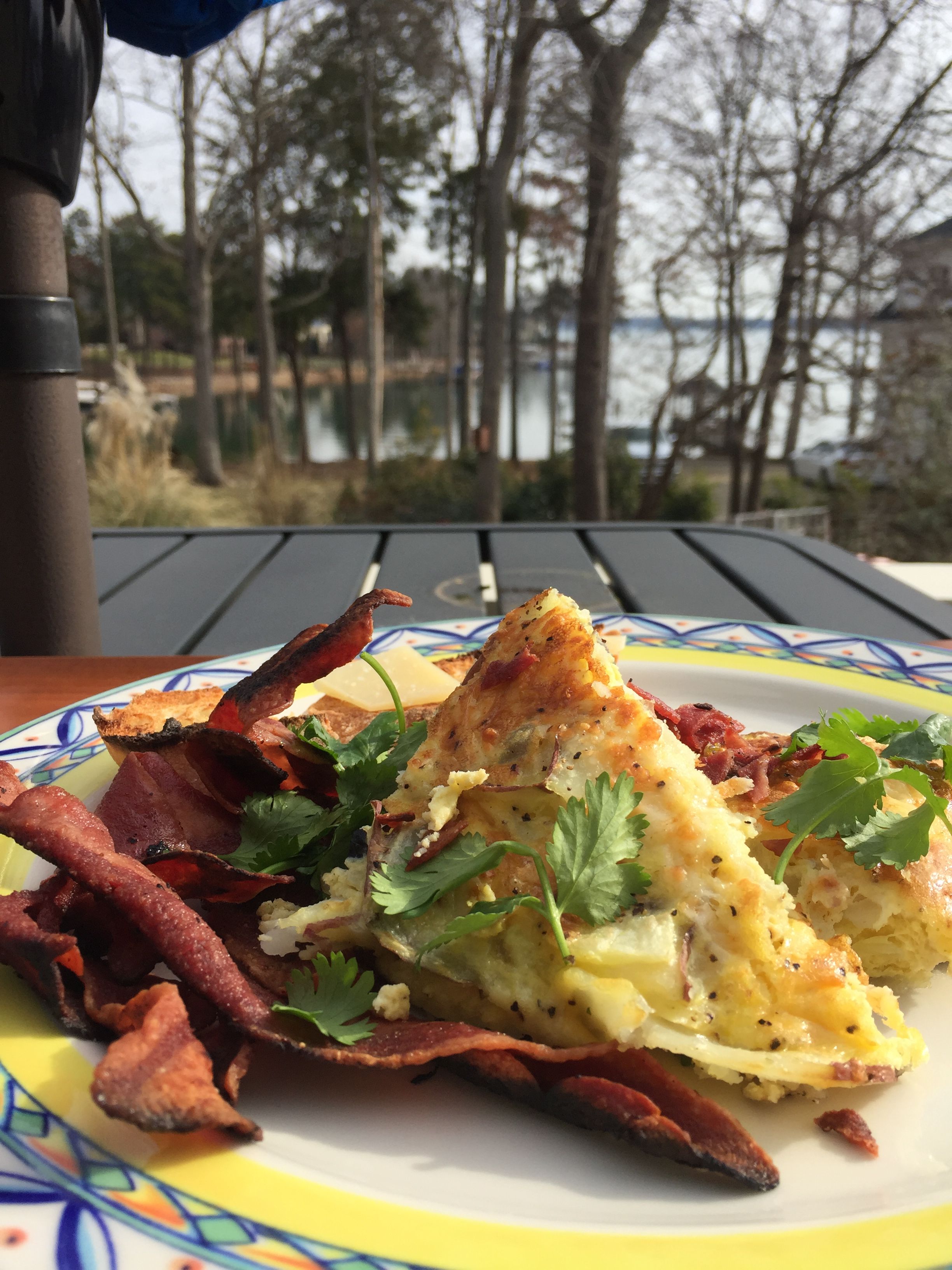 The same lake view in the distance but this time was taken during breakfast the following morning. I made a Spanish omelette. Basically you thinly slice and boil potatoes. Line the bottom of a buttered pan with the sliced potatoes, add you eggs, cheese, onions and PRESTO: Spanish Omelette. Lake Norman is a blast, even in the winter. Christian and I blazed around the lake in his golf cart. Lots of paths for golf carts on the lake. The community is loaded with wealthy people. 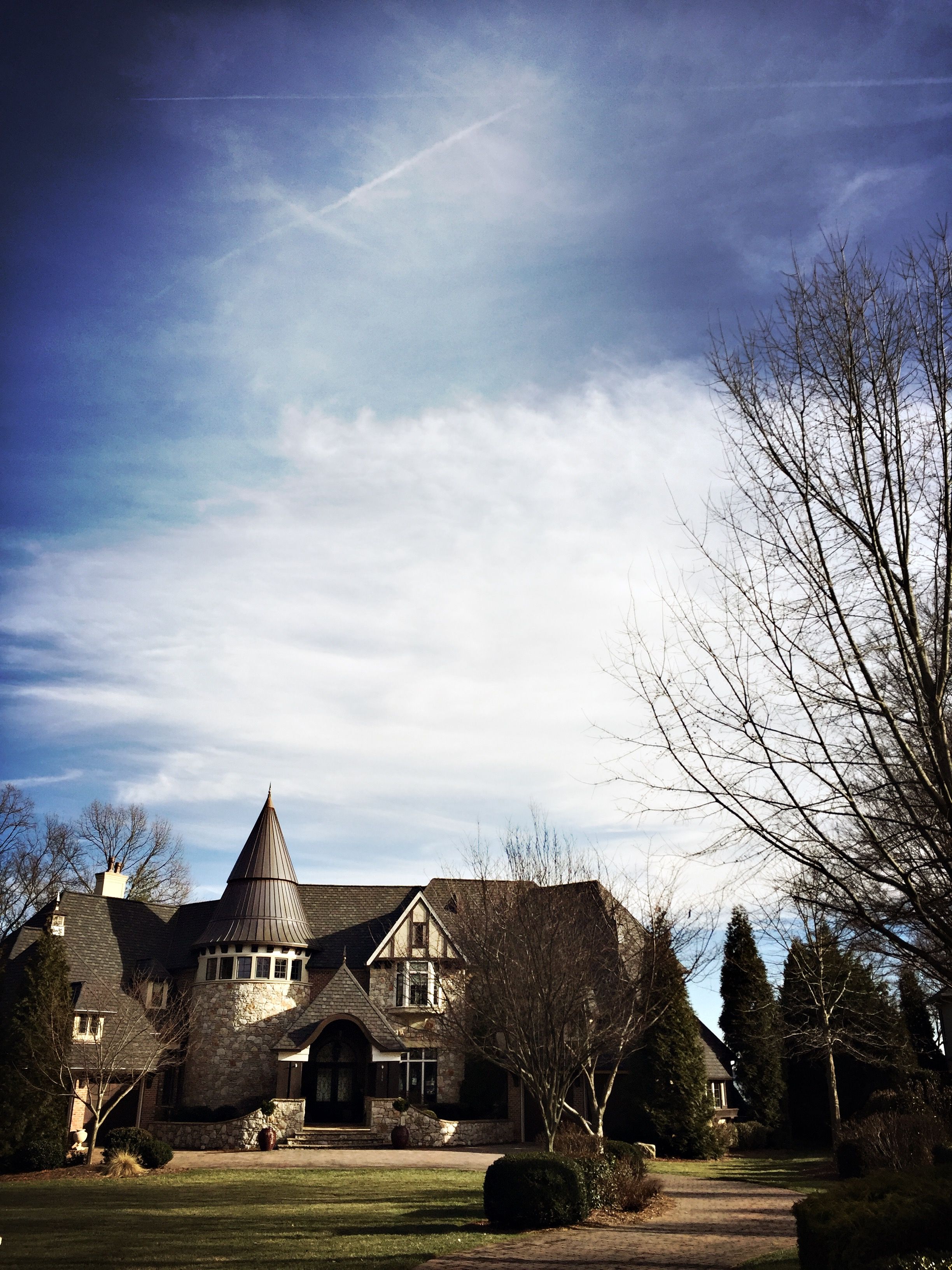 Christian bought a house down the street from mansions like this. He said his house is a $700K tear down (surrounded by $2 - 7million homes) American and Allegiant airlines have some cheap flights if you don't mind traveling light. I picked up a $60 RT ticket from Tampa. But the deal with the "economy travel fares" is you can't bring a bag; you can't even put a bag in the overhead bin. A small bag that fits under the seat. 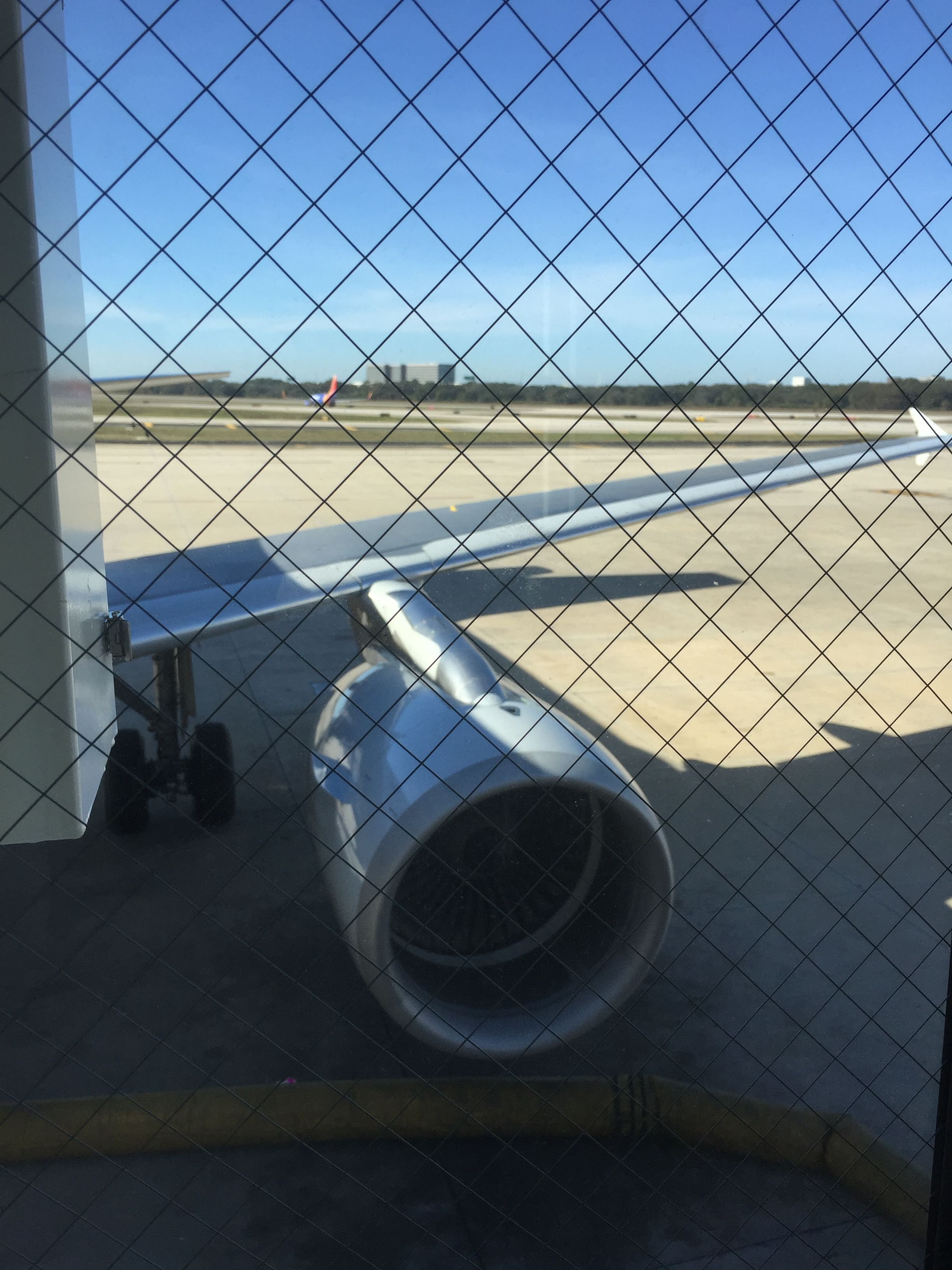 American Airlines $60 RT - Holly Shit that is some cheap travel!!! We cruised from Lake Norman to Charlotte and saw some live music last night. There's a neighborhood filled with live music venues, restaurants and bars that is super hip called Noda. Highly recommended!!! Just park and walk around. We payed $7 cover to see two great bands. 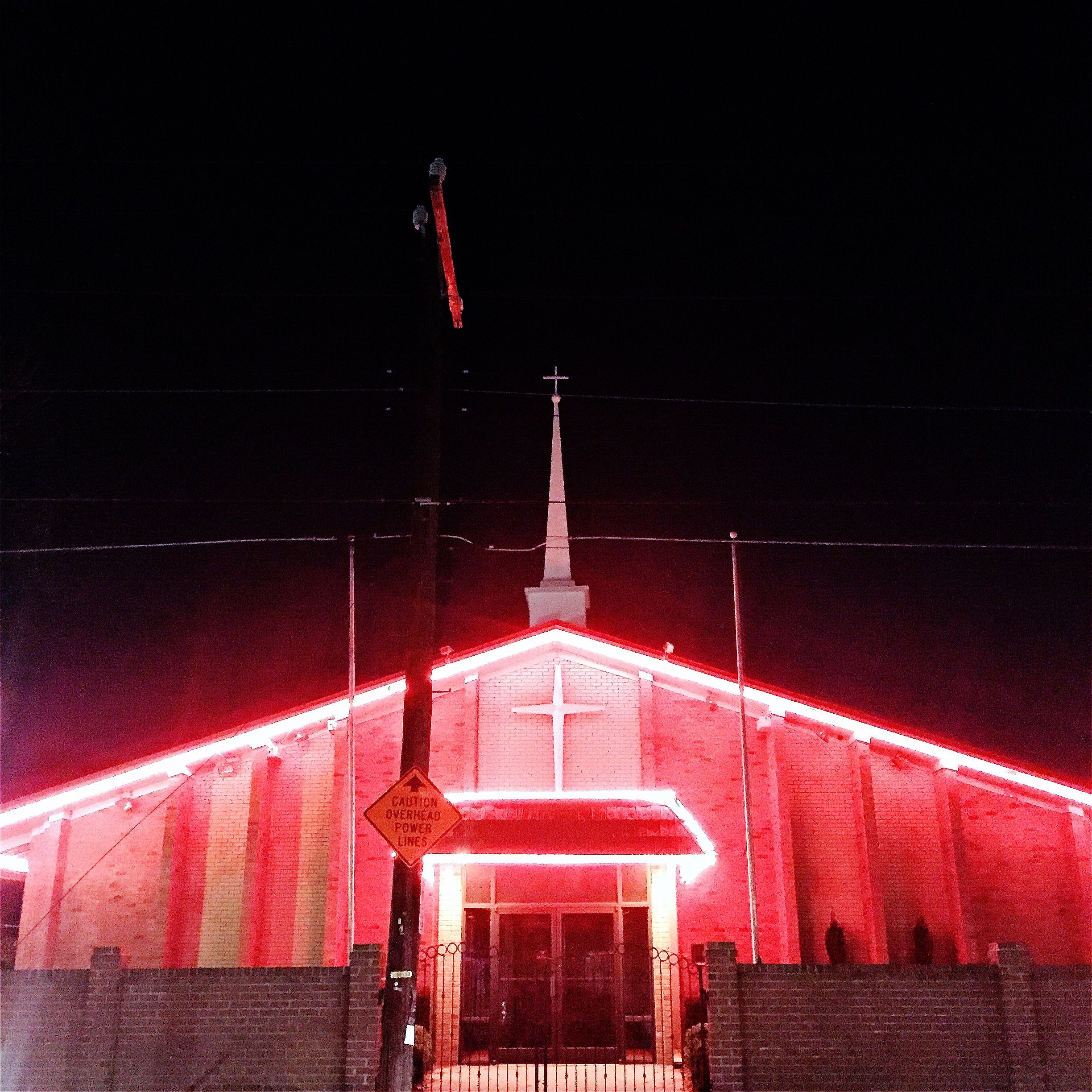 I'm not a religious dude by any means. But if you're into church I recommend the Electric Church in Noda. LOL I love the old school vibe in North Carolina. Driving out in the country and around the lake/mountains is gorgeous. Check out this old 100 year old barn. iPhone rocks for images sometimes. 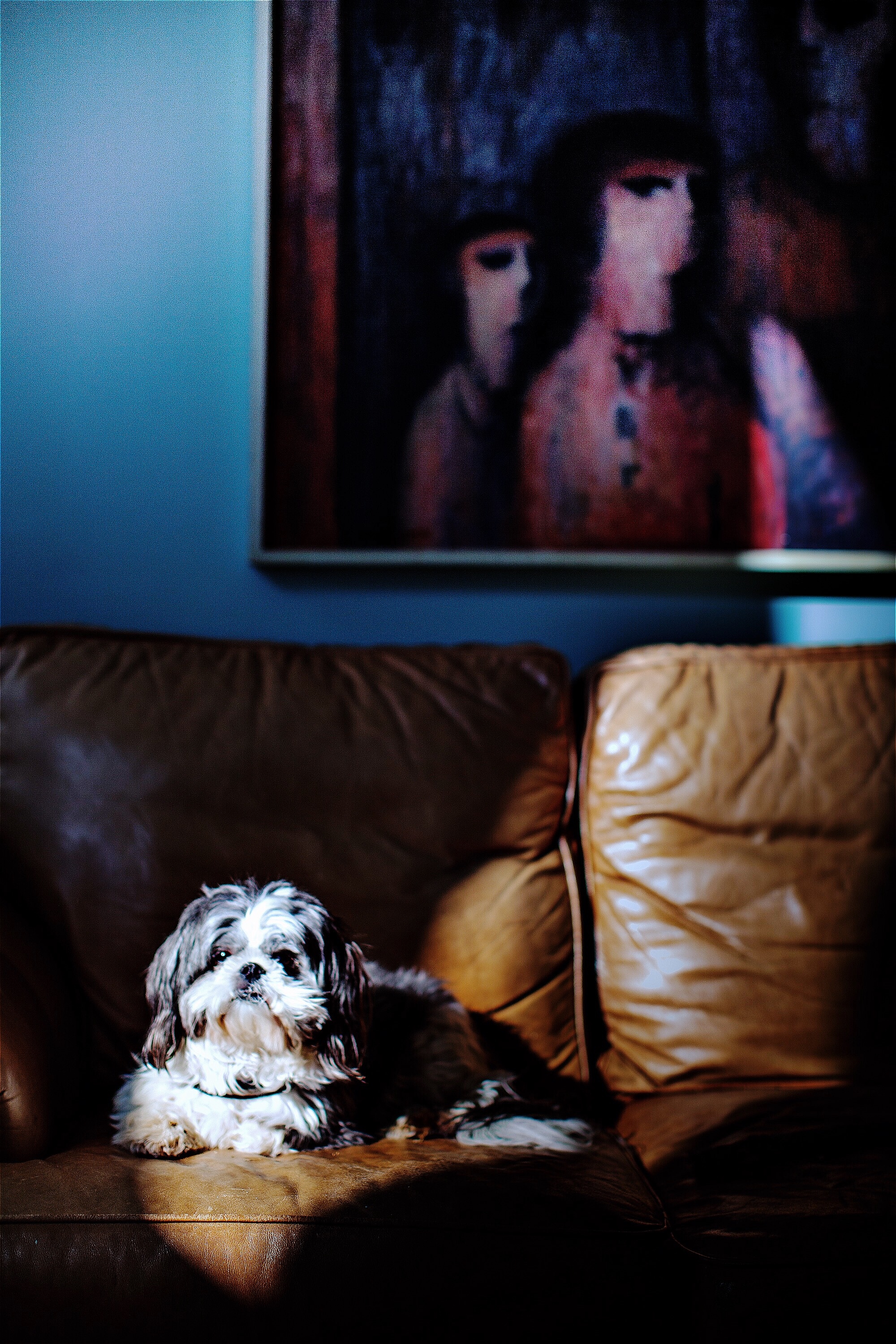 Christian has a special needs child and I went with them to her physical therapy and took a few shots. Really sweet kid and we had fun during the session where the therapist was helping "Peanut" learn how to walk.

We had some amazing food, lots of great drives, incredible live music, affordable, friendly people and it just feels American. Feels safe, it's clean, it's beautiful and I'm having a blast.

amazing trip with​ some sweet stories​. sometimes we should​ go out for a trip to release tension and stress. keep sharing your beautiful memories like that. stay blessed <3

Looks like u had some fun. I've only visited Charlotte once, and wasnt blown away - nice enough city but a bit non-descript.

Some very beautiful nature within easy driving distance however.