Pimps and Whores!  Yup, this is what the Cabal has done to humanity. We are, for the most part, either one or the other now. Oh, sure, a few are not--The Amish, Indigenous people still living on their own terms; the rare few who are monied and only own one property and haven't succumbed to rent-seeking and unnecessarily exploiting and coercing others for their rent, food, education or healthcare ( please read this series in its entirety to understand why this is).

The rest of us are either pimping everything and everyone big time or having to whore ourselves out just to survive. Now, of course, the point I'm making in this series of posts is the  modus operandi which took over the earth about 250 years ago is no longer sustainable--maybe it was in 1850 even if the ethics were and are dubious; nonetheless, this mode of doing things isn't going to end well. I've made the point that there would still be a chance for civilization if we altered course on these issues but I hold little hope as I've pointed out that what's happening here in these times isn't a democracy.

Let's look at the bull-shit the Cabal has been spewing for millennia: that humanity is a lump of clay on a fallen rock and doesn't deserve better than either being a pimp or a whore (yes, this is basically western theism/the slave cult of Saturnalia); that humanity did something in another life which caused them to be either a pimp or a whore; that humanity is a food source for financial predators and especially financial systems of coercion and exploitation (thank-you economic Darwinism). All of these are false from the Christian Gnostic perspective. From this point of view, you've simply been duped by these lying archons.

I need to touch on why Islam is not the solution to our problems today. I say this considering that at its best it didn't exploit and coerce humanities basic needs ( nor did the early church for a brief period). The fact of the matter though is that Islam is, for the most part, a toxic affair, and it's been that way from near its inception. Yes, there have been times when it created a high culture but even at that Islam was still an enforced theocracy. The Islamists did do a fairly decent job of hiding its Solar roots but the internet has blown the whistle on that one. Its origins are as much Solar as Judaism and Christianity. This series of posts considers Islam another machination of the Archons. We'll be touching on Hinduism and Buddhism as we wrap up this series.

In the last four parts of this series, we'll begin speculation on who these lying archons are. That they're liars is my view although I'll consider and include one or two scenarios wherein the archons are only caught in a web of complexity and are not evil. I don't believe this but I'd like to be thorough--so I'll include this unlikely scenario. I'll also go over the possibility that this earth is a school and whether we volunteered to be here. 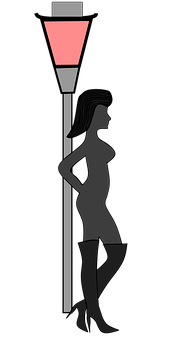