Breathtaking Graffities You Will be Shocked to See 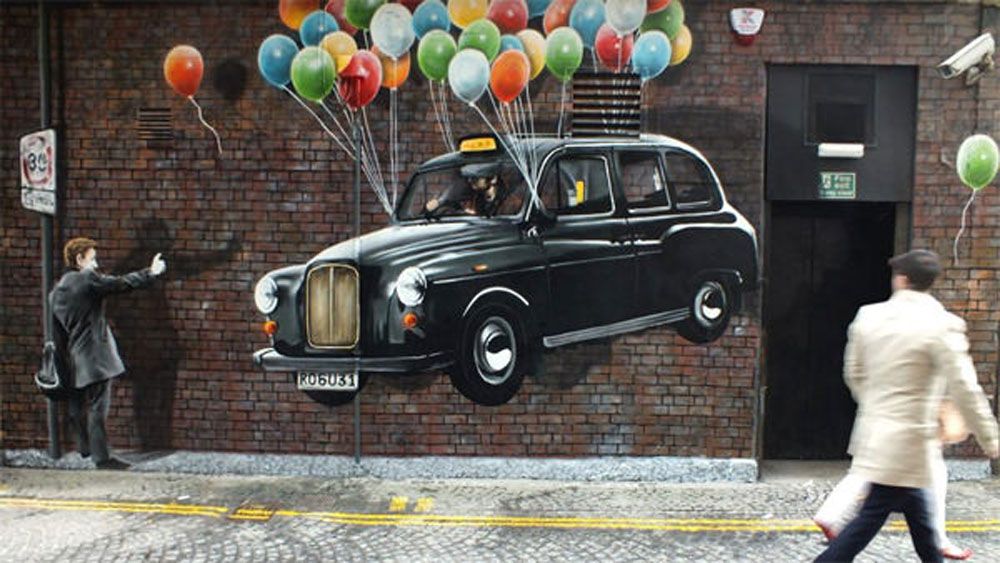 Street artists look at the world like a blank canvas, waiting for them to inject beauty into the streets and walls. Thanks to the talented hands of artists abandoned yard and buildings, and dead-ends turn into true masterpieces. Graffiti is now vandalism-turned-art. Nobody pays artists for their work, so it’s almost always a passion or a message that drives them to create these amazing sights. No one can tell them what to do and how to paint, and they don’t have to make sure that people will visit their “gallery” or if newspapers will give it enough coverage. It’s purely for personal expression, or to reflect the state of societal, political and social issues today.

Hence, in this post, I’d like to share with you 20 breathtaking street art paintings that are made in different countries all over the globe. There are more at the artist’s own site or portfolios. Share your thoughts in the comments. 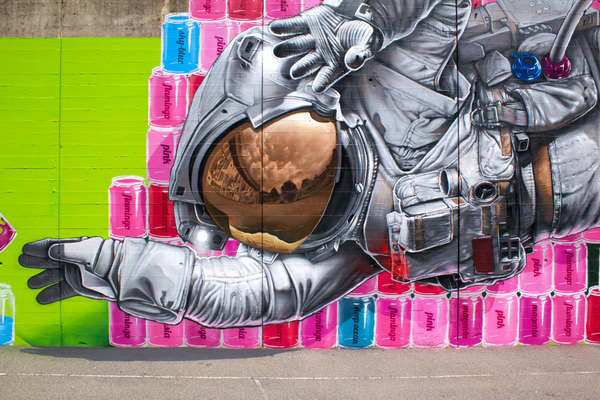 Magenta (t.n.e.g.b.t.a.a.t.p.r.) by NEVERCREW.
Seeing this mural, words from one popular song come to my mind, “I’m gonna send him to outer space to find another race”. Street Art by Steve Locatelli.
The criss-crossing pattern does not dim the beauty of this woman’s face, as she watches you from the wall. 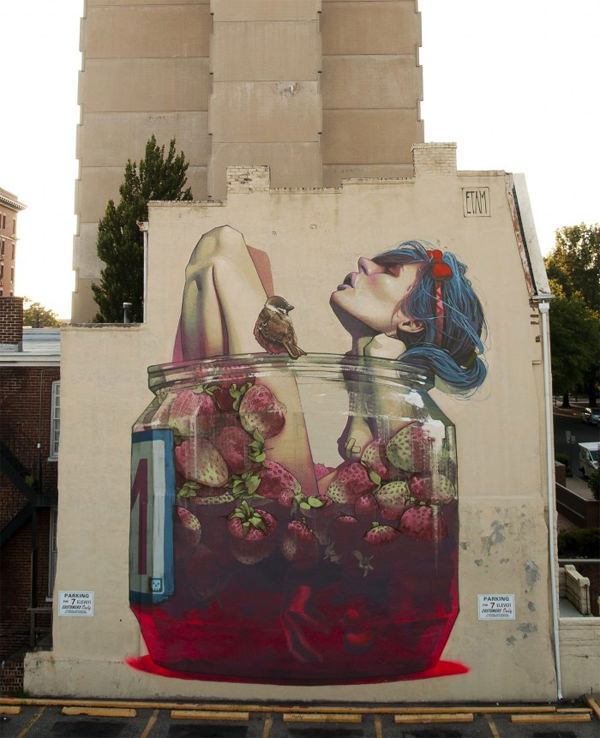 Painting by ETAM CRU.
The girl in a jam mural is just too awesome to not put in here. This painting is called Moonshine and can be seen on the streets of Richmond, VA, United States. Street Art Graffiti by Roa.
At first glance these rabbits look so cute, but the artist is obsessed with dead birds and skeletons (see more his works on Tumblr at your own risk). 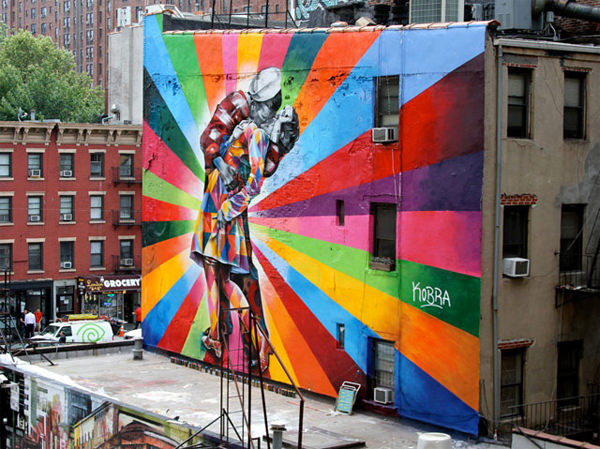 Street Art by Kobra.
This otherwise black and white yet still iconic V-J Day kiss is depicted in vivid colors on a wall in Moscow, Russia. All eyes on you by iNO 1.
This Last Hope painting features realistic baby eyes in pink and blue. It can be found in Athens. 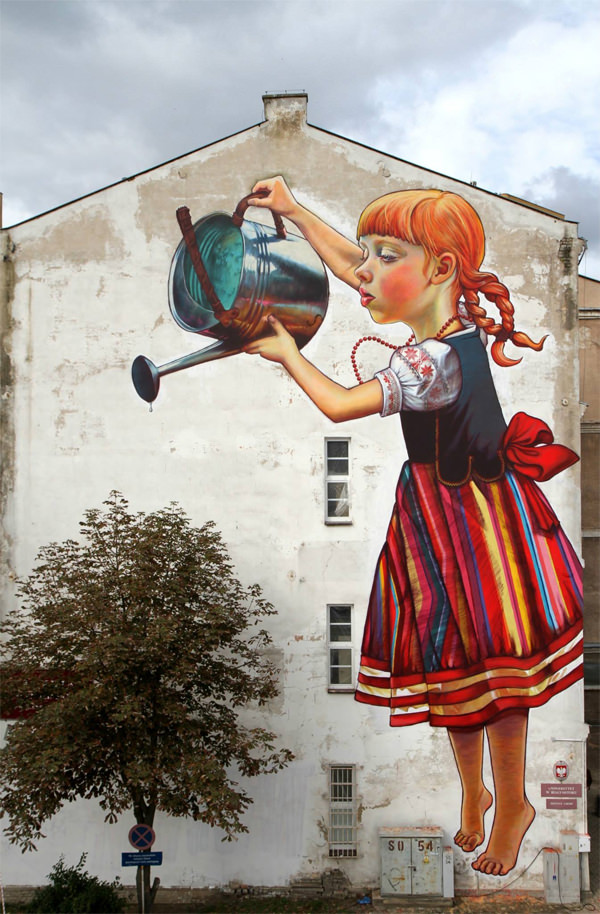 Mural by Natalia Rak.
A cross between the realms of art and painting, and reality. Water away, my child. (Thanks Maria.) Street Painting by A’Shop.
One for the Mural Festival in Montreal, Canada – “we wanted to have an old lady to represent the old school graffers that have been graffing here since the seventies and eighties.” 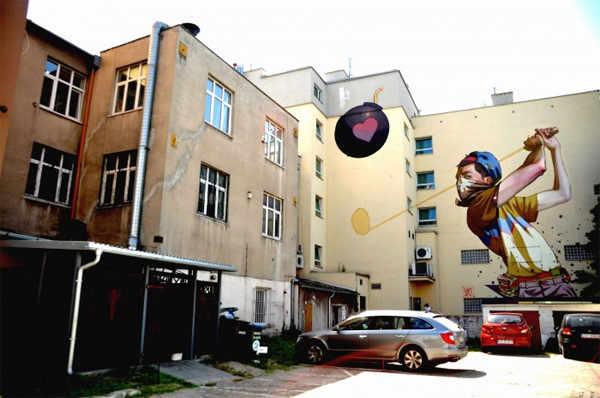 Glasses by Man o Matic.
We had one with the eyes of a baby, and here is a very realistic black and white wall painting of one from the older generation. Cool shades! 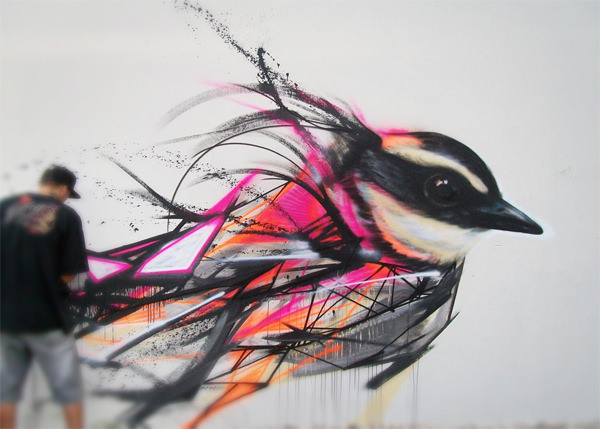 Graffiti bird by Luis Seven Martins, aka L7m.
It almost looks like the little birdie smashed through some portal to another dimension. Look out for this one on the streets of San Paulo. Graffiti by Rogue-one.
This one will definitely make you do a double-take. A caption contest for this image will surely be a fun one. 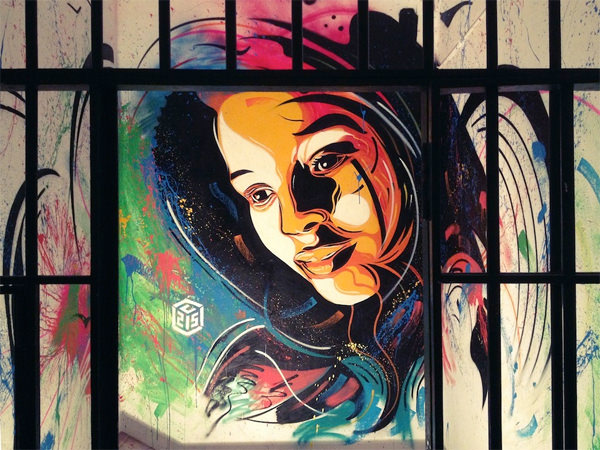 Street Painting by C215.
This unusually colorful girl can be found on the streets of Haiti. A Fatal Attraction by DesOrdes Creativas.
Located in Erminio Rial Park in Spain, this is one mural made of the stuff from a dream (or nightmare) sequence. 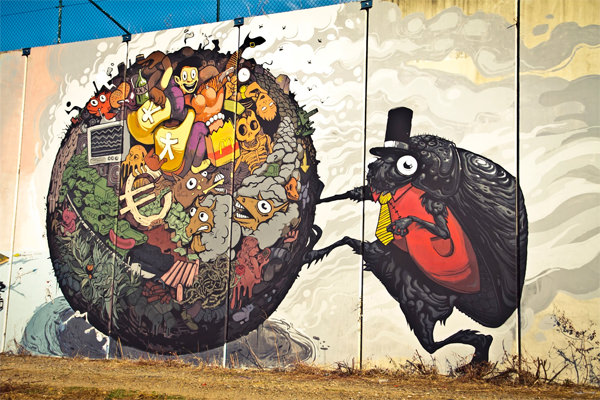 Street Painting by DesOrdes Creativas.
Is this a prediction that bugs will eventually rule the world one day? Street Painting by Liqen.
This artwork is absolutely surreal, done by Spanish artist Liqen. Imagine seeing this is real life (in fact you can; there is a behind-the-scenes look at the link attached). 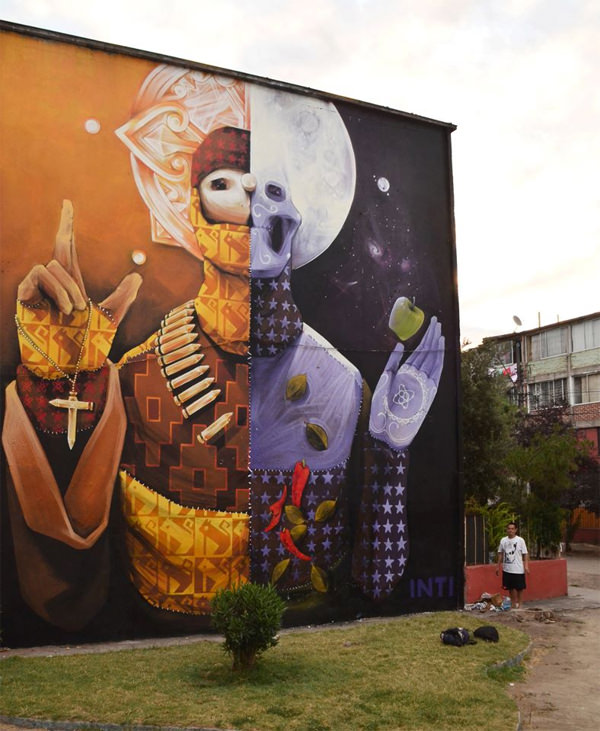 RESIGNATION by INTI.
It seems like one part of this surreal animal symbolizes night and the other one, day. This mural can be fond in San Miguel, Spain. Man House by MTO.
The legend of Fred ILLE & Gwen VILAINE in Rennes, France. The picture is called “Catch me if you can” and it really looks like he is trying to get someone. 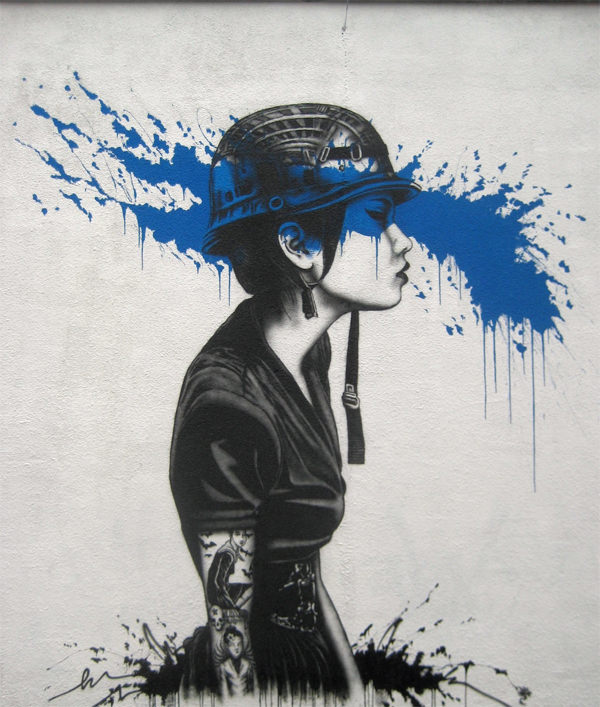 Street Painting by Fin Dac.
Fantastic urban piece of art. The girl with tatoos reflects the state of today’s society. Street Art in France.
A mural of a massive scale, this ship looks like it is going places once they finish building it.

Have a good day! Thank you from @raviraj

Congratulations @raviraj! You have completed some achievement on Steemit and have been rewarded with new badge(s) :