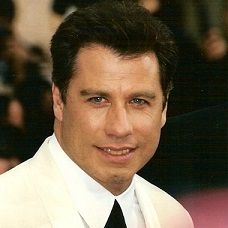 John Travolta is an American actor, film producer, singer and dancer who is best known for his performances in movies like Face/Off, Pulp Fiction and Swordfish.

He is a 2 time nominee for Academy Awards and a one time winner of Golden Globe Award for Best Actor.

Some of his best movies apart from the ones mentioned are Saturday Night Fever, Grease, Wild Hogs, Hairspray.

He is also a Primetime Emmy Award winner for his contributions as a producer. Toni Morrison is an American novelist, essayist, editor and professor who is well known for her book Beloved which own her a Pulitzer Prize and American Book Award.

Some of her other works include The Bluest Eye, Paradise.

She is also honored with Nobel Prize in Literature in 1993 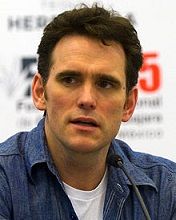 Matt Dillon is an American actor and director who is known for his roles in movies like Wild Things, There is Something about Mary, In & Out to name a few.

He is also a one time nominee for Grammy Award for Best Spoken Word Album for narrating Jack Kerouac's On the Road.

He has interest in music albums and appeared in several music videos. Enzo Ferrari was an Italian motor racing driver and entrepreneur, the founder of the Scuderia Ferrari Grand Prix motor racing team and also the Ferrari automobiles.

He was known as il Commendatore and el Grand Vachchio meaning The Great Old Man.

He is the founder of Ferrari automobiles, which is one of the biggest Sports and Racing car manufacturers. 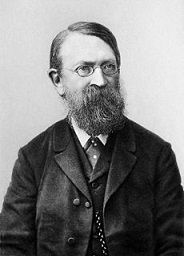 Ernst Mach was an Austrian physicist and philosopher who has made contributions to shock waves.

His famous invention regarding physical origin of inertia is called as Mach Principle.

He was a big criticizer of Newton's theories.

Submit
$31.41
61 votes
28
Authors get paid when people like you upvote their post.If you enjoyed what you read here, create your account today and start earning FREE STEEM!
Sort Order:
[-]
inna-yatsuk (62)  ·  2 years ago

I knew about these birthday people). I really love John Travolta, and "Pulp Fiction" I watched many times! Thank you for a pleasant memory.

Thanks for the appreciation. Nice to know about your liking for John Travolta.

I got a chance to watch his other awesome movie Face/Off, which I think is another big hit movie for him.

Thanks for visiting again. Have a good day :)

Thank you..Hope you enjoyed reading this.

Have a good Sunday :)

Great!! You are welcome my friend.

Everytime I've a friend on fb with a birthday is a good reason to put a steemit post on their timeline. Thank-you 😇

Oh, that will be a good idea man. Thank you.

What happened to your reputation? Any issue? If you want, we can discuss and see how that can be improved.

😆 you're the second person to mention my reputation. If this is an issue, I don't know about it at all. @cheetah helped me tremendously with her robot research, but I found @steemcleaners to be be arbitrary and ignorant. They will not communicate and do not oversee their robot, but seem to assume that the parameters they have set Cannot be in error. The site @cheetah found is a copy 'almost' plagiarised from a book that the public wrote, and was published for the common weal throughout the Victorian era as an encyclopaedia for common knowledge to not be misused. They at @steemcleaners decided 'without' any blog research, on evidence of a singular part of a series to Not Show. I received queries from my followers, and found what had been done, even though the post had votes, it was said to be of low rating ¿ Queried several times, it appears there is no human @steemcleaners who reads replies, let alone checks the blog from which the posts are targeted. It is not my overall reputation in balance, it is the use of robots without overseers that is the question. There was no spam nor any plagiarism (apart from possibly in www site @cheetah found) and I had written an explanation all my viewers had read in the series, so if, my reputation is now in question, then it is because of arbitrary, ignorant, bullies.
Bullies need to be pulled up. It is the first step to being a terrorist, and we all have enough violence without allowing bullies on steemit.com
Keep on keeping on. 😇
If one hears or reads something belittling, then the query and focus should be on the source, not the object. 😂 I don't lose respectability by being the victim, but how much re-tweaking of robots is going on now, that 'they' can lift their heads¿ 😉

Hmm, frankly speaking, @cheetah being a bot, sometimes wrongly flags the posts, but I think what I did was to give an explanation on the comment posted by that to clear the air.

I never experienced such thing with @steemcleaners though, and I got to interact with couple of them when I was flagged once or twice, it was mistake and after discussion, we could resolve and I found @steemcleaners a chance to correct myself as all the points mentioned were valid ones in my case.

Hopefully, someone from @steemcleaners gives an attention to you and you get it resolved.

I think discussion is the best way to resolve the issues.

True, but have had no reply now for several days. Someone asked me to go on steemit.chat but as a non-computer user and steemit.chat not opening for me, and after thought, I decided to not have private chat, but keep it all out here for posterity and the public. Robots hide bullies. Maybe not, but who's to know when the driver's so arrogant as to not enter conversation, and thinks his robot protocol is all it must be, without human oversight apparently. No comment or query or anything from @anyx but @cheetah banned me. Go figure¿ They act like bullies, they view as bullies, they make decisions without consultation AS bullies, I guess they're practicing to be terrorists. Who knows, when they so out of humour that they don't communicate?
Also as addendum : this morning @cheetah didn't comment on my post, but attacked me. That is, they can break rules they police, but frown on us doing so. I believed in steemit.com, and I believed in @anyx, but this morning showed that @cheetah and @steemcleaners are both hand in glove together, they don't actually read a post as a part of a series, but also they can break their own rules. Bullying!

Thank you @hoschitrooper. Appreciate that.

Enzo Ferrari?? What a nice fact that this guy was born on the month same as me. Meaning that if they can achieve it I can also someday on my own field

Oh, Happy to know you are born in this month!!

And more importantly, I am happy that this has encouraged you that you can also be like Ferrari one day.

Good Day and Thanks for visiting.

Yes, he is one of the nicest actors. I still remember his acting in Face/Off. Such a nice one.

I've been waiting on your blog expecting your new post

Have a good day my friend.

You have collected your daily Power Up! This post received an upvote worth of 0.35$.
Learn how to Power Up Smart here!

This post has received gratitude of 2.20 % from @appreciator thanks to: @coolguy123.

Happy belated birthday to a great actor John Travolta. I love face off with Nicholas cage. That is a great movie of all time. I also love from Paris with love

Awesome!!, I love Face/Off too.

Thanks for re-visiting my friend.

You got a 7.13% upvote from @upmyvote courtesy of @coolguy123!
If you believe this post is spam or abuse, please report it to our Discord #abuse channel.

You got a 2.22% upvote from @buildawhale courtesy of @coolguy123!
If you believe this post is spam or abuse, please report it to our Discord #abuse channel.