Surveillance Drones To Be Used For First Time at Boston Marathon 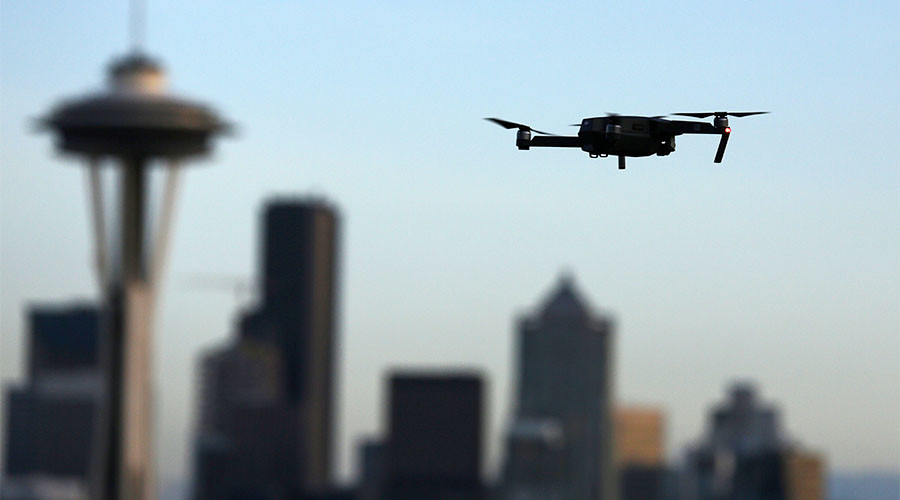 Stepping up security measures, authorities will use surveillance drones, equipped with zoom lenses and infrared at this year's Boston Marathon. More than 30,000 runners are expected to attend, and around a million spectators.

The two drones will fly 400 feet above the starting line, tethered by thin wire, where long-distance lenses, electro-optical and infrared cameras will send video feed to police command centers.

“The wire provides power so it can stay up for days, and days, and days, it doesn’t have to come down,” Perry Stoll, CyPhy Works vice president of product and software told the Boston Herald. “It can send unhackable, secure communication up and down the tether as well. It’s perfect for public safety and security where it has to be up for a while.”

The drones can track moving targets and fly in all weather. Similar drones were used at the Tokyo Marathon in 2016, according the drones manufacturer, CyPhy Works.

The Boston Globe reported the drones, called persistent Aerial Reconnaissance and Communications drones (PARC), would not fly over where spectators are gathered to protect their privacy.

“It’s really something new we’re going to be using where we have a very dense population of people between the village and the start line,” Kurt Schwartz of the Massachusetts Emergency Management Agency said during a marathon security briefing on Wednesday, according the Boston Herald. “They will not be over spectator areas, and they will be providing live video feeds into public safety command centers.”