Atleast A Dozen People Arrested For Feeding The Homeless In California 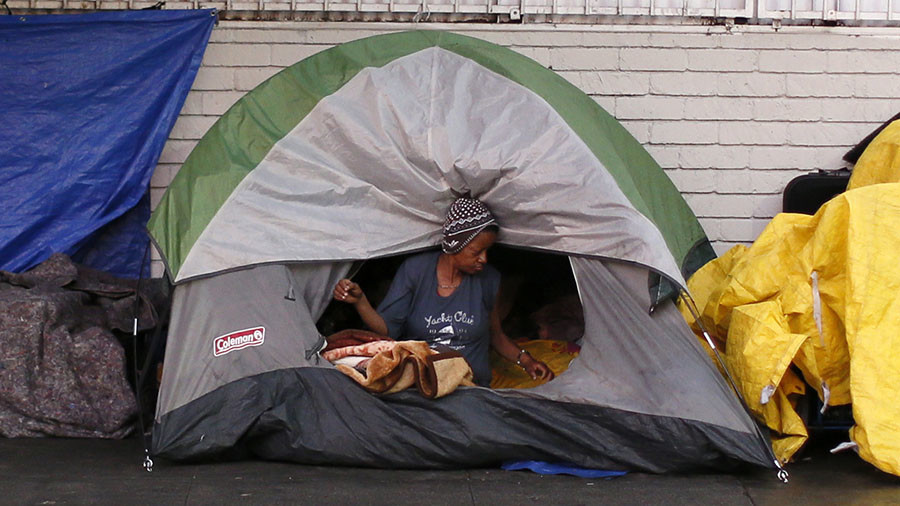 “It means they are criminalizing homelessness. They've created 4 laws against the homeless. No camping, no sleeping in cars, no pan handling and no feeding the homeless,” Mark Lane told RT.

“The homeless people who were there [at the event] were very thankful that we were standing up [to the ban]. They were very upset that the mayor and the city council members could pass such a heartless ordinance and none of those government officials came out to the park and talk to those people,” Shane Parmely, a member of Break the Ban and the organizer of the event told RT.

Government represenatives have blamed the measures on a hepatitis outbreak that is causing trouble in San Diego.

“They say all the parks are so contaminated with hepatitis A that we don’t want the homeless people to catch it and so we are trying to protect them. But everybody else can still go and have a party in the park and share food with each other. Everybody else is not magically immune from the same hepatitis A within the same space,” Pamerly said. This is crazy! What happened to basic human decency?

I have read about this practice on facebook posts. It is unbelievable that such policies exist. A new world where we care more about people and living beings than we care about money and other material things can't come soon enough.

And once again humanity shows in which direction it goes currently. On the one site people are not allowed to help them, on the other site government also not even tries to really help those people. And that is not just a problem for the US but probably everywhere.

Don't feed the animals. If you feed stray cats at your back door, guess what you will get over time, more and more stray cats. I have been working on the homeless problem for decades and believe me. Everyone knows that if you feed wild animals they will lose the ability to feed themselves. It is no different for the human animal. So stop being selfish. Feeding the wild animals may make you feel better about yourself and make you feel like you are a good person. If you want to really be a good person. Contribute to an Organization that transitions people out of homelessness.
I cringe when I see people giving money to panhandlers. People think that panhandlers are poor and down on luck, fact is there is one and only one reason people panhandle, they get money when they do it. If no one gives them money, they stop.