New Hacked Emails Show Ukrainian Businessman, And Former Member Of Parliament, Funneled More Than $10,000,000 From The IMF To the Clinton Foundation Through Various European Banks And Investment Firms. 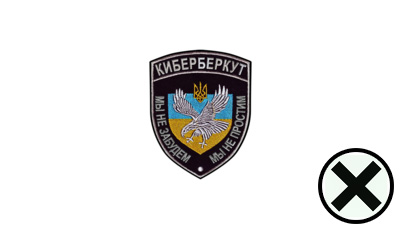 The pro-Russian, anti-corruption hacking group Cyber Berkut have once again been active in trying to rid the world of the ever present globalist network of war mongering, world dominating, degenerate money whores. This time they've hacked the email account of Thomas Weihe, Head of the Board of the Victor Pinchuk Foundation and a serious Clinton Foundation donor.

Along side well known entities like The Rockefeller Foundation and Stephen L. Bing, and countries like Norway and Saudi Arabia, the Victor Pinchuk Foundation donated between $10,000,000 and $25,000,000 to the Clinton Foundation. Below is an article from 2015, a year after most of the hacked email date from, detailing the DoJ's investigation into the Illegal financial transactions.

Highly unusual for US Department of Justice to be investigating a pro-western oligarch like Igor Kolomoisky. But apparently his PrivatBank hiding $1.8 billion of IMF funds was too much even for Washington. Now it appears, the bank had help from IMF officials who are running for cover and refusing to answer questions.

Nikolai Gueorguiev, head of the Ukraine team at IMF headquarters in Washington, DC, and Jerome Vacher, the IMF representative in Kiev, refuse to respond to questions on their role in the offshore diversion of IMF loan money through Privatbank and Credit Dnepr Bank, banks owned by Ukrainian oligarchs Igor Kolomoisky and Victor Pinchuk.

The recent hack is connected to the ongoing investigation into commercial banks laundering IMF's money from the National Bank of Ukraine through Austrian bank Meinl AG. On their website the pro-Russian, anti globalist cyber hacking group state 'We, CyberBerkut, decided to contribute to the investigation'. The investigation is looking into the following banks involvement in the illegal transfer of funds:

These banks are closely related to Victor Pinchuk – one of the richest Ukrainian bankers. He is also a son-in-law of former Ukraine's President Leonid Kuchma. As it turns out, the offshore organizations that received IMF's money such as:

.....are also connected to this gentleman [Victor Pinchuk]. Moreover, most of money went to the account of his main money-laundering machine – the Victor Pinchuk Foundation.

So, we decided to track down the stolen funds.

We've hacked Thomas Weihe's email. This man is the Head of the Board of the Victor Pinchuk Foundation. As you can see from his correspondence the oligarch's foundation is closely cooperating with the Clinton Foundation. And it is worth to mention that Pinchuk and his wife often meet with former American president's family members. Mr. Weihe regularly communicates with the Clinton Foundation representatives and constantly arranges meetings between the Pinchuks and the Clintons. Here are some Mr Weihe's emails. Victor Pinchuk Foundation transferred a total of between 10 to 25 million dollars to the Clinton Foundation with the largest donations happening between 2015 and 2016. The same year Hillary Clinton ran for president. Below you can see the financing scheme of Clinton's election campaign using IMF's loans intended for Ukraine. Although it's in Russian you can still see the flow of money. I'm currently translating it so I will have a follow up when more developments evolve. Below are a few names from the chart that have been connected with Credit Dnepr and other Investment Banks involved in the scandal.

Helmer was first to provide in-depth reporting on the US citizen and State-Department supported Natalie Jaresko, who was mysteriously parachuted into the post of Ukraine Finance Minister a few weeks ago. Jaresko is in the midst of a nasty divorce from her former business partner.

Ukrainian lawmakers blame Gontareva for the crash of the national currency and the liquidation of a large number of banks. Ukraine's economy has deteriorated since an armed conflict between government forces and independence supporters in Donbass escalated in April 2014.

Although Strauss-Kahn no longer works for the IMF CyberBerkut believe he still has influence on the international credit organization. Below we see Credit Dnepr Banks

Strauss-Kahn has now been tied to a shady banking scheme in South Sudan. It seems a tiger just can't change his stripes.
Strauss-Kahn has been losing large amounts of money in the courts of the US, France, and Luxembourg, as well as in his French businesses. He has been recouping by taking retainers as an arranger for the French investment firm Arjil-Atrium Capital; a promoter for the National Credit Bank of South Sudan; and board director for two Russian state-controlled entities, the Rosneft-owned Russian Regional Development Bank and the Russian Direct Investment Fund.

All the people I have investigated in this so far have engaged in some form of criminal activity in one way or another. After reading the hacked emails it seems clear that the only reason the Department of Jusice wanted to investigate this was to quickly control what evidence was, and wasn't found. If these emails were known about at the time they would have quickly proven this to be the case. I shall leave you with a related article from a few weeks ago that gives up more of a background into Cyber Berkut.

- If You Would Like To Help Me Make More Great Original Content Please Consider Upvoting and Re-Steeming -
#politics #money #security #deepstate
4 years ago in #news by fortified (66)
$93.56
80 votes
Reply 35

Thank you for focusing our attention on the problems of the world, and my country - Ukraine!

No problem. Thank you for helping. Its a pleasure to get to know you.

Resharing @phibetaiota as a pincer maneuver.
The Clintons are going down soon. The more OSINT gets out there in the wake of the CONTINUING Clinton Body count, the more likely their minions are ready to TURN on them. In fact, we're suggesting that the rash of recent victims IS the very demonstration of the rats leaving the sinking ship. The Clintons are coming down just like WTC #7 in the late afternoon. Keep an eye on it. Great work. Keep it coming. I resteemed to incentivise the tedious work of researching and connecting dots. There is a great need for the work that you do.

If I understand this correctly, then IMF officials are assisting Ukrainian oligarchs divert and conceal IMF funds and in turn are donating million to the Clinton Foundation?

I Look forward to the translated Russian graphic.

Congrats on leveling up to 60 rep. too!

Yes essentially. Loans from the IMF that were supposed to be for Ukraine were funneled to the Clinton Foundation via those banks.

Thanks man. Its going up quickly.

yes. This is why Steemit is so important.
She was/is just the political face of the deepstate.

I'm following you on Gab as well.👌

I hope you will still make such posts more.

awesome read; thanks for sharing buddy. upvoted and resteemed.

I lived in the Ukraine on and off several times in the last 10 years. I saw the country before the Maidan


as well as after. I was even in Kiev while the protest was going on but avoid that area of the city. From where I was, you wouldn't know that anything was going on.
That is because Ukraine is like an onion. As you peel away layers more are exposed. I was confused while this was going on why there was a heavy handed appearance of US politicians:

When I living in a city about 3 hours away from Kiev, unemployed teen aged men were paid $10 USD and all the food and vodka they could drink to join the protest in the Maidan. Keep in mind $10 USD per day is more than what a teacher makes in Ukraine.
I am not taking the side of the previous government nor of the protesters. How things work is the decision that should be made by the individuals in that society.
As far as the the corruption described in this - the Clinton Foundation is problematic ...

Excellent post. Earlier this year I put together a post on Ukrainian oligarch Igor Kolomoisky and his offshoring of IMF funds that were supposed to go to Privat Bank (which Kolomoisky owns) for distribution. $1.8 billion of that money disappeared into the realm of Kolomoisky's Cyprus based offshore bank accounts. The US and EU media completely ignored the story at the time. This could be because Joe Biden's son Hunter Biden also worked for Kolomoisky's Cyprus based "Burisma Holdings Company". This entire post, hard as it is to believe, will blow your mind. Link here: MSM MIA: The Ukrainian Oligarch, Right Sector Nazis, MH-17 and Joe Biden’s Son https://clarityofsignal.com/2017/01/21/msm-mia-the-ukrainian-oligarch-right-sector-nazis-mh-17-and-joe-bidens-son/

Wow that is epic. Thanks.

Ive had a quick scan but I shall set aside some time to read it fully today. have you thought about re-editing it for Steemit. It looks like it deserves to be on the blockchain and I expect it would get a lot of traction.

Ive followed you.
Thanks for connecting
@fortified

Nice blog post, keep up the good work!!! My first day on steemit, so much to discover! Greets Cryptoinvestinfo

Good luck. My best advice i can give for now is just keep posting quality content and youll be fine. Dont even worry about $SBD or STEEM for now.

Awesome work. Upvoted and resteemed! Kudos to all patriot hackers for exposing corruption and NWO evil.

Excellent...what are your main sources?

Strong evidence to uncover the facts

Hahah nice!!! Best info here! Thanks for sharing and keep up the good work! the Putinversteher!

I got a bellyRub and this post has received a 2.38 % upvote from @bellyrub thanks to: @zeartul.

I did read all of this as it lowers my moo but great article. It again shows up the corruption we are facing. Bring on the hundredth monkey !