Robot Equality - Is it here?

The Terminator. The Matrix. Blade Runner. Science fiction and horror movies have been warning humanity about artificial intelligence since the advent of the first computers. Some of them seek to use cheap thrills to fill theater seats but others carry grim warnings regarding the evolution of robotics and what it might mean for humanity in some far off future.

That time is upon us. Technology has advanced so that many of our fantasies are real. Virtual Reality video games are insane. Have you played Fallout 4 VR? Or Skyrim? The immersion is incredible. Maybe you heard about the two AI devices that developed their own language to communicate before being shut off.

I admit I personally didn’t think we were at the point where we’d be talking about robotic rights or the ethics behind how we treat them. Then I found an article concerning the EU and their Roboethics exploration. While they aren’t saying we should grant consideration to them, they have called for research into the implications of how we treat AI.

They are looking at legal status for ‘electronic personalities’ and holding them responsible for any damage they may cause. This has led to a number of robotics experts coming out against providing legal status of any time to artificial intelligence. The general idea is robots are not at the point where such talks are meaningful, let alone beneficial.

Who would stand for them in a court of law? How would you create a jury of their peers? What sort of expectation is there of their compensation, minimum and otherwise? They have no thought of the future, they exist, quite literally, in the present tense. Despite the ability to ‘think’ on some level, they’re still bound by their programming. 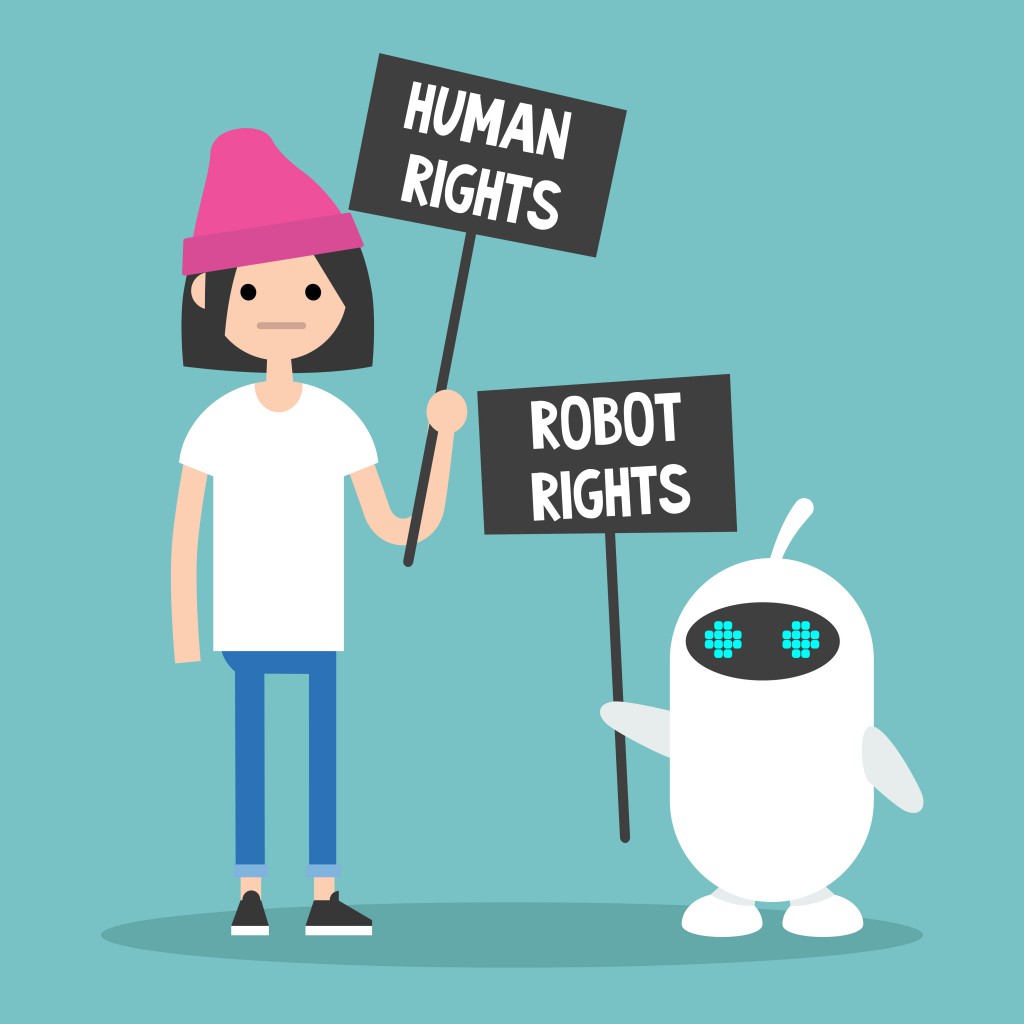 Which leads me to the point of their ethics. One of the problems of artificial intelligence joining the ranks of those given ‘rights’ is the inability to adequately and accurately simulate human values. The complexities of human morality would translate to an insane amount of code to simulate the minute details required to address the contradictions and nuances making up our belief systems.

Anyone with a shred of empathy might find it easy to grant machines a level of humanity they don’t deserve. If something acts in a remotely ‘human’ way, it evokes feelings in us. We look upon it fondly. The positive science fiction movies don’t help. WALL-E or Short Circuit give us pause when considering the ramifications of granting devices ‘rights’.

Bicentennial Man does a fantastic job of driving this debate. Half the movie focuses on this very topic, on what constitutes humanity and what should and should not be granted to a non-human intelligence. It also embodies what I’m talking about by pulling at the heartstrings, making the viewer feel for the robot.

You WANT that AI to have rights by the end but even with the naysayers having adequate representation, they’re depicted as the bad guys. We want to believe, we want to appreciate the wonder of it but we can’t forget about the warnings from writers, scientists, and experts alike: the ultimate truth about today’s computerized intelligence is that they do not have human morality. They are not ready to take the next step to becoming peers of living things.

What are your thoughts on the subject? Are you for or against this topic? Did you know a world government was talking about this already? A very specific topic we should be discussing as technology advances onward.

This post earned a total payout of 3.108$ and 2.337$ worth of author reward which was liquified using @likwid. To learn more.