My New Project: THE SEA WITHIN - progressive rock supergroup on InsideOut Music

I haven't posted in a while, and here's why. I've been working on a brand new music collaboration with some of the finest musicians in the progressive rock scene. Here's the news, courtesy of our label, InsideOut Music: 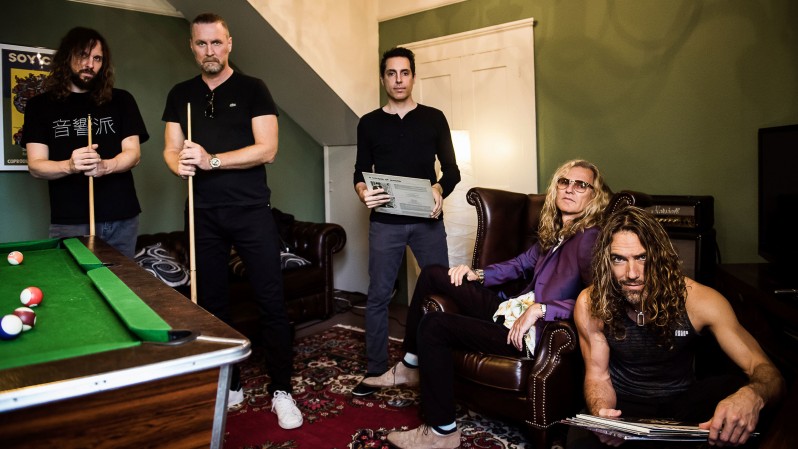 Roine Stolt comments on how the project came together: “I think all it started as a suggestion from the record company - putting together a new band, starting fresh, seeing if collective writing could spawn a unique style. Call it a supergroup if you want - I think we can handle that.”

The members recently entered Livingston Studios in London to begin recording the basic tracks, and found an instant chemistry in the way they worked together. “Going into the studio in London was taking a great risk as we had not been in the same room together beforehand.” Roine continues: “We had just sent demos around and didn’t really know if we could make great music together, but we managed to track almost 2 hours of new music, a mix of collective ideas. We also had a lot of great ‘off-time’, sharing laughs and stories in local pubs – that part is important.”

Currently the members are putting the finishing touches on their debut album, and of the music’s direction Roine says: “There are elements of prog, pop, art-rock and many cinematic elements. I suppose the music comes from within our collective memories of all that we love as far as sounds, visions and poetry. We hope that discovering the music will be a journey for the open-minded fan - something as fresh and uncertain and unfolding as it is for us.”

The Sea Within has also announced their first confirmed live date, taking to the stage at Night of the Prog Festival 2018 at Loreley, Germany on the weekend of 13-15th July 2018 alongside Camel, Big Big Train, Riverside & more. Tickets are available now here:
http://www.nightoftheprogfestival.com/en/home-2/

Drawing on their collective experience from across the rock and prog spectrum, The Sea Within sees them coming together to craft new music that sees them all leaving their respective comfort zones and challenging themselves.

Hey @musicsteem, just wanted to let you know that I nominated you take part in the Seven Day Black and White Challenge in my last post.

extraordinary stemet can give a very special benefit ... help me (vote) as a newcomer.

Congratulations @musicsteem! You have completed the following achievement on Steemit and have been rewarded with new badge(s) :

Congratulations @musicsteem! You have completed the following achievement on the Steem blockchain and have been rewarded with new badge(s) :