The proven effects of centuries of meditation in China, Japan and India are as follows:

Makes Happy:
We all have a level of happiness that is determined by the active side of our brain. When the left side of the brain is active, the moral is high. For example, we are energetic, positive, enthusiastic and feel. On the contrary, when the right side of the brain is active, morimalim is distorted; we feel angry, worried, angry. When the ratio between the activities on the right and left sides is measured while at rest, one of the two dominates.

This rate also determines the general state of moralimizin. If we think of it as a scale, we are somewhere in the middle of nowhere, some days are good, some days are bad. Those who are on the right side of this scale tend to get depressed. The ones that are on the left are not much affected by the bad events. Research shows that it is possible to shift the intensity of activity in our brains to the left by meditation.

In an experiment in this regard, a group of very intense tempoda working in a high stress environment was given meditation for half an hour a day for 8 weeks. Brain activities were measured before and after the experiment. The pre-meditated activity was more intense on the right side when the morale was low, then shifted to the left side where the morale was high.

Many other research meditations like this show that it is effective in increasing the happiness level. Research conducted by Harvard Medical by drawing brain MRs shows that meditation can reduce the anxiety and stress by biologically changing the gray matter in the brain. 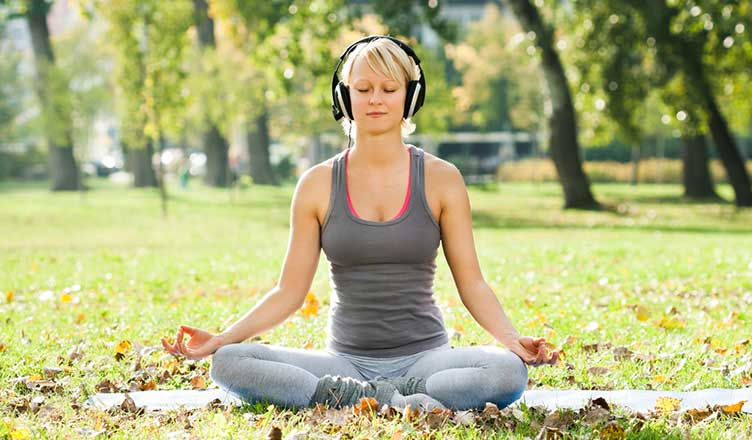 Brain MRs show that gray matter increases in areas that allow the brain to learn and remember after meditation.

As a result of a survey of 200 people carrying a risk of a high heart attack and 5 years of study, the meditation group had 1.6 times less heart attacks and deaths than those who did not. Meditation makes it go away. Relaxation releases the substance called nitric oxide, which opens blood vessels in the body. This allows the tension to fall. A study conducted in 2008 showed that 40 people who started to meditate among 60 people who took high blood pressure can stop taking blood pressure medication.

In the sense of meditation, exotic rituals come to mind, strange things that strange costumes make strange noises. In fact, meditation is a very simple exercise that we fully train our minds, increase our awareness and sensitivity. Everyone can do it and it's possible to see their benefits soon after you start doing it. The important thing is continuity. In this respect, physical exercise is no different.

It is also not possible to benefit from meditation by sitting without doing anything if it is not possible to do muscles by simply going in and out of the gym. In general, meditation consists in concentrating your attention entirely on your breath or another object, while at the same time recognizing the thoughts that come to mind, turning your focus back to your breath. Slowing Aging
A study published by Nobel Prize-winning researcher Elizabeth Burns in 2012 proved that medication for only 12 minutes a day for 8 weeks increased telomerase activity by 43%. Telomerase activity is delaying cellular aging. This shows that meditation can slow down stress-related aging.