Cartoon comparison: 10 years of improvement as a self-taught cartoonist.

Today I completed an illustration of me standing in front of a city, that reminded me of one that I drew 10 years ago. Here is the side-by side comparison: 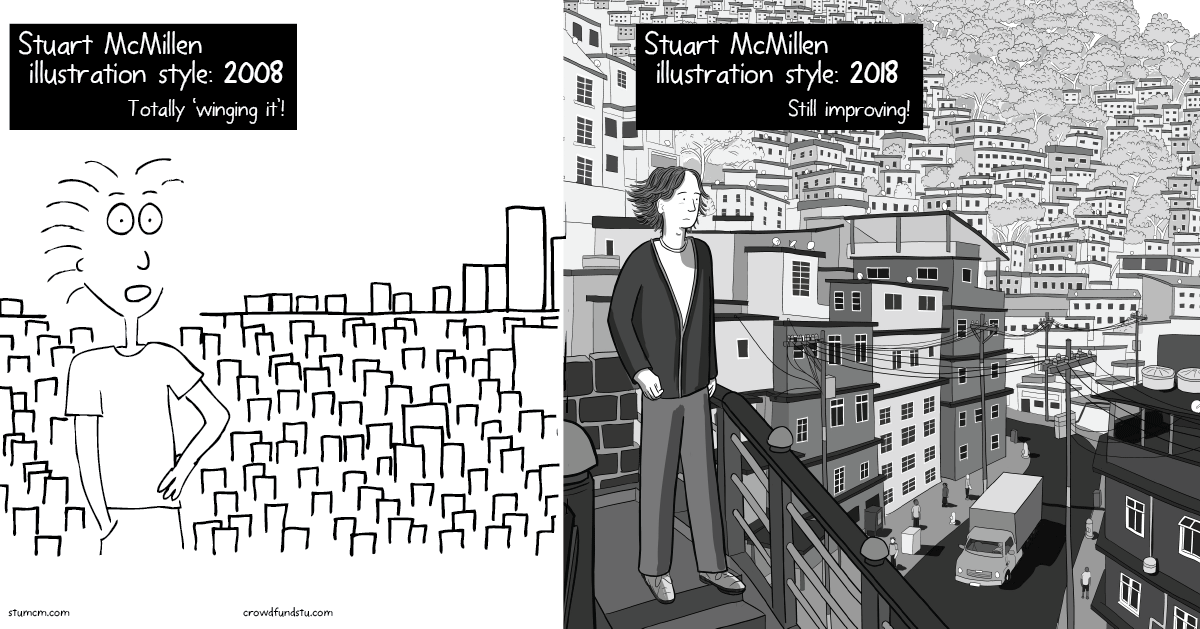 The image literally compares the the best ‘Stuart standing in front of a city’ scene that I could manage ten years ago, next to a brand new scene that I completed today.

I am publishing this here because it represents the slow, gradual transformation that occurs if you practice and re-practice a skill for ten years.

The 2008 image often comes to mind when I think about my early days as a self-taught cartoonist. The crudeness of the cartoon Stuart against a backdrop of unadorned rectangles, representing a city. (For some reason I drew myself with bug eyes, rather than the squinty eyes that I sport in real life!)

When I decided to become a cartoonist, I simply picked up a pen, and decided to teach myself how to draw. I was very much “learning by doing”, with each published comic being slightly better than the previous one.

Looking back on this cartoon from my 2008 Urban Heat Island comic, it is amazing to think that I considered this image to be ‘fit to publish!’ Ten years later: the value of perseverance and practice

This comparison shows the slow transformation that comes from perseverance and practice.

Understand that we are all novices when we begin a skill. But that it is possible to improve, given enough time and dedication.

I began cartooning without any formal training, and have continued down that self-taught path right to this day. And here is the result of ten years of ‘ratcheting-up’: 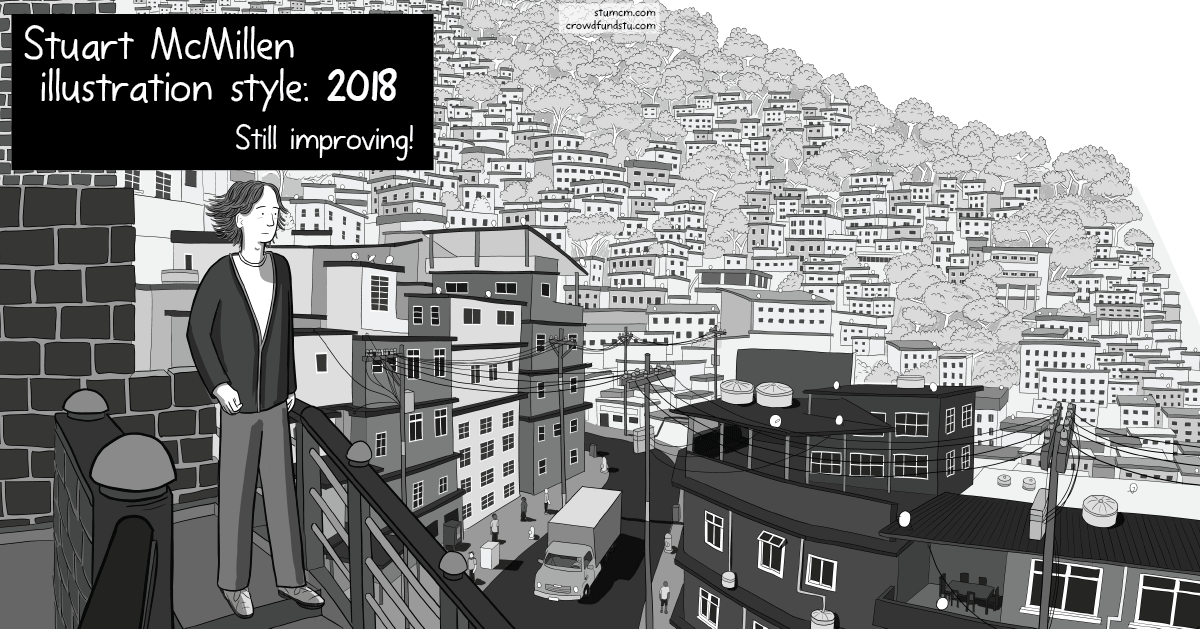 Does this remind me of any slow, gradual transformations in your life? The things that you sucked at 10 years ago, but are now supremely comfortable with? Let's discuss in the comments below.

Read more of my comics

This new image forms part of a new comic that I am drawing right now, that I will publish in approximately one month. Subscribe for news about when I publish this short, but visually-detailed new comic.

Until then, you can look through my back-catalogue of comics through my website. They are on a variety of topics, with St Matthew Island (about ecology / overpopulation), Rat Park (about drug addiction science), and Energy Slaves (about the energy-hungry scale of humanity) being among my most popular. Or you can look at my introduceyourself post that I mentioned earlier.

Congratulations @stumcm! You have received a personal award!